Resuming the pipeline installation of the Northern Flow 2 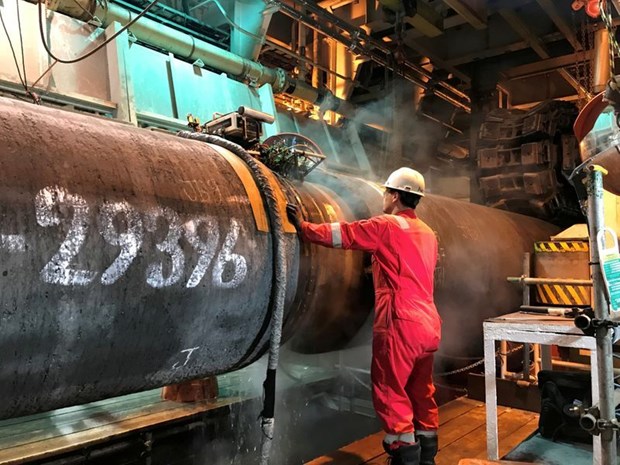 Installation of a 120 km pipeline as part of the Nord Stream 2 project in the waters off the coast of Denmark was resumed after preparations for this activity have been completed.

According to the consortium in charge of implementing the Northern Flow 2 project, the Russian Fortuna pipeline installation vessel completed its sea trials and on February 5, installation began. oil pipeline in the offshore waters of Denmark. This group emphasizes that all installation activities take place in accordance with the content licensed by the Danish government.

In December of last year, pipeline installation in the North Flow 2 pipeline project was resumed in German waters after a nearly 1 year hiatus due to sanctions of America. After that, Danish officials also allowed the implementation of the next phase of this project in their waters on January 15.

Northern currents 2 worth about 10 billion euros is the project to build an oil pipeline under the Baltic Sea to double the volume natural gas shipped from Russia to Germany. The project is expected to double Russia’s gas shipping capacity compared to Nord Stream 1, which has been in operation since 2012 and secures supplies to Western European countries through the sea. Baltic. Accordingly, about 55 billion cubic meters of gas per year will be led directly from the Russian coast through the Baltic Sea to Germany.

The implementation and installation of most of the remaining pipeline segments in the Danish offshore waters will complete the project.

On the same day, Russia’s RT news agency reported that Austrian Prime Minister Sebastian Kurz had opposed politicizing the North Flow Project. German Chancellor Angela Merkel also confirmed that Berlin supported this commercial project. to increase the source of Russian gas to the European market. Ms. Merkel also emphasized that this is a European project, serving the interests of the continent.