Repelled in the international market, Huawei returned to focus on the Chinese domestic market – VnReview


Towards the domestic market will be Huawei's top priority at this time when the company is facing great difficulties in the international market after the ban of the US Department of Commerce.

The head of Huawei and Nham Chinh Phi affirmed that the company's priority in the coming time will be to focus on Chinese domestic market by boosting sales of smartphones and mobile network devices, laptops and systems. cloud monitoring and service. Mr. Nham said that for Huawei to overcome the current turbulence, the company will need courage and ability to overcome hardships, adversity of employees.

In the context of Huawei being blacklisted by the US Department of Commerce and Mr. Trump has just promised to allow US companies to continue selling equipment and services to Huawei, there is nothing to guarantee a certain future. for Huawei if the company has not been removed from the blacklist.

The company is currently launching a campaign to boost sales in the Chinese market. Not only are the main products like smartphones or telecommunications equipment as before, but also areas where Huawei has rarely focused on laptops, monitoring systems or cloud services.

Huawei is targeting a significant increase in the market share of smartphones and network devices in China to compensate for the losses the US ban has imposed on the company over the past time. Currently Huawei and Honor brand smartphones are still ranked No. 1 and No. 3 in sales on JD.com e-commerce site from June 1-18.

Zaker Li, a senior analyst with research firm IHS Markit, believes that Huawei will continue to maintain its strategy to expand market share in the Chinese market to occupy the No. 1 spot despite the Ministry's ban. American trade. 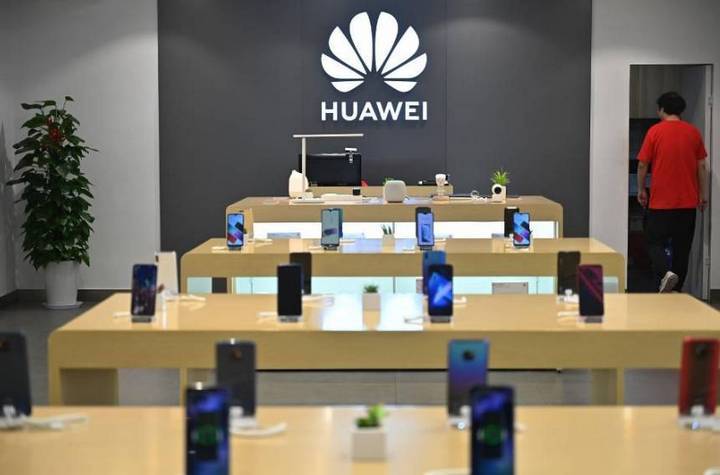 Huawei is accounting for 36% of the smartphone market share in China in Q1 / 2019 and the number may surpass 40% by the end of this year. This sudden growth has been a huge success from the support of domestic consumers when Huawei was imposed unilaterally by the US. But this growth also contributes to pressure on domestic rivals like Xiaomi, Oppo, Vivo.

Li said that the US ban on Huawei is no different from advertising and sales promotion for Huawei in the domestic market.

Not only does it take a big advantage in the smartphone market, Huawei also receives trust in the market of telecommunications network equipment. Recently, the company won the bid to build 5G network for 40 cities in China for China Mobile operator. In contrast, European telecommunications equipment manufacturers are gradually narrowing their market share.

CEO Nham Chinh Phi once affirmed that the US ban could make the company lose 30 billion in revenue in 2019 and 2020. But according to him, this loss is not against the expected revenue. 100 billion USD in 2019 this company.

He used to be pessimistic when predicting smartphone sales in the international market will decrease by 40-60% but according to a recent share, Mr. Nham is optimistic to come back and affirm, things are getting better. more when the reduction rate is forecast to be only about 20%.

Although it is not known what will happen to Huawei and the fact that Mr. Trump promised to allow Huawei to buy components and services from the US company has been maintained for a long time, the technology world is still very skeptical about its future . Perhaps it is only when Huawei is removed its official name from the black list of the US Department of Commerce, can both the tech and Huawei be relieved.