To re-appointment, every time Intel or AMD launches a new generation of CPU, it is time for gamers to look to the Aorus Master as a reliable familiar brand to bring their CPU “to the top” easily and as stable as possible. And in this 10th generation Intel Core CPU launch, Z490 Aorus Master will definitely not disappoint gamers not only in performance but also in a completely new upgraded appearance.

Compared to the two most recent versions, the Z390 and X570 chipsets, the Z490 Aorus Master is leaner. However, it does not come from the VRM heatsink, but rather the heatsink layer that covers the chipset area and expansion slots. If you do not see the name Aorus Master, a lot of people will mistake this for a very expensive version of Aorus Extreme. 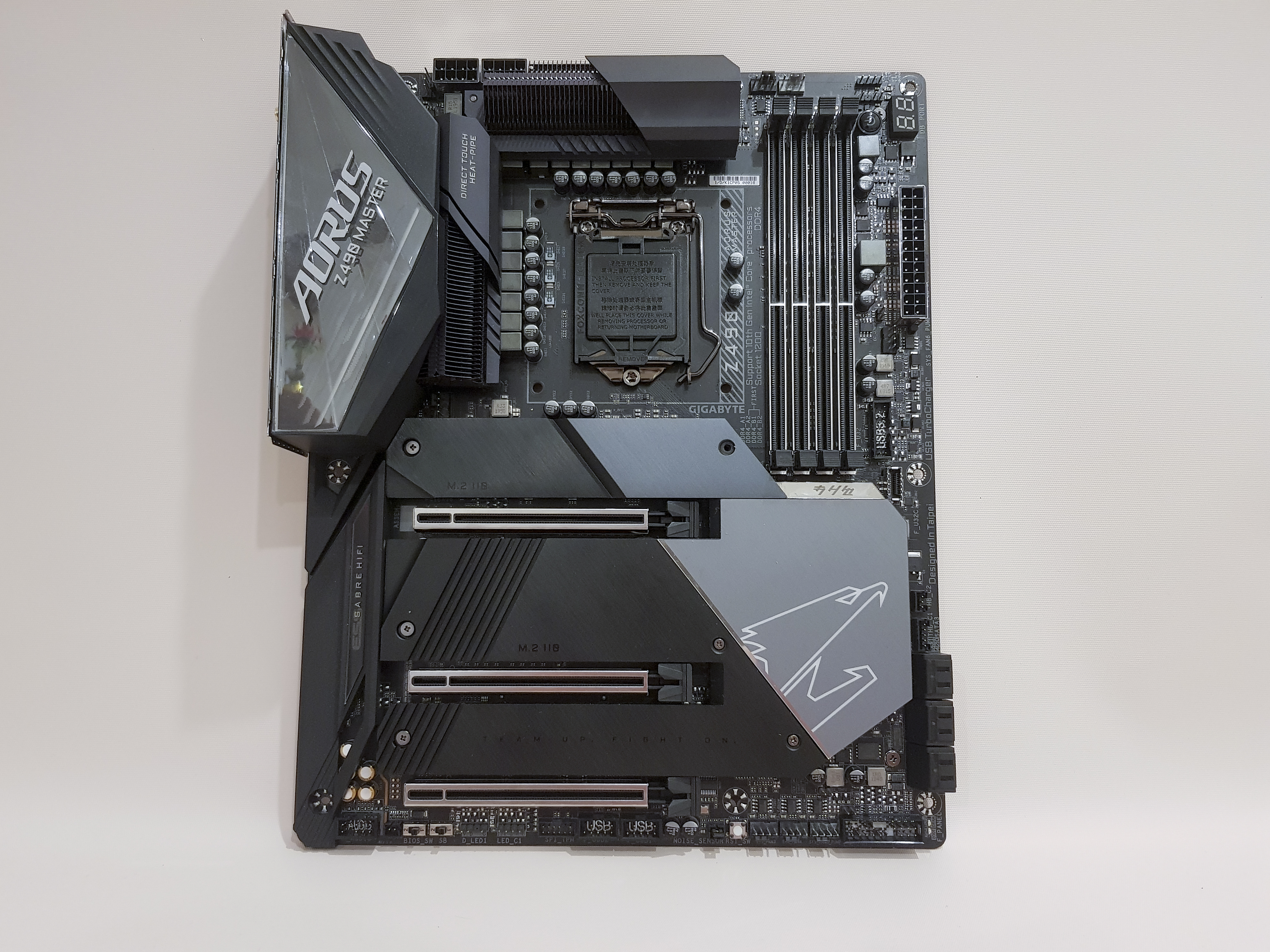 Z490 Aorus Master is a comprehensive upgrade in appearance compared to its older brothers. Still keeping the concept of the Aorus motherboard line, the Z490 Aorus Master has a few changes that make it somewhat more advanced. The I / O cover looks quite spectacular, an interesting design interweaving between many materials to create a shield that looks very polished, but still does not lose the strong, new RGB led effect on the area. This is also quite interesting. 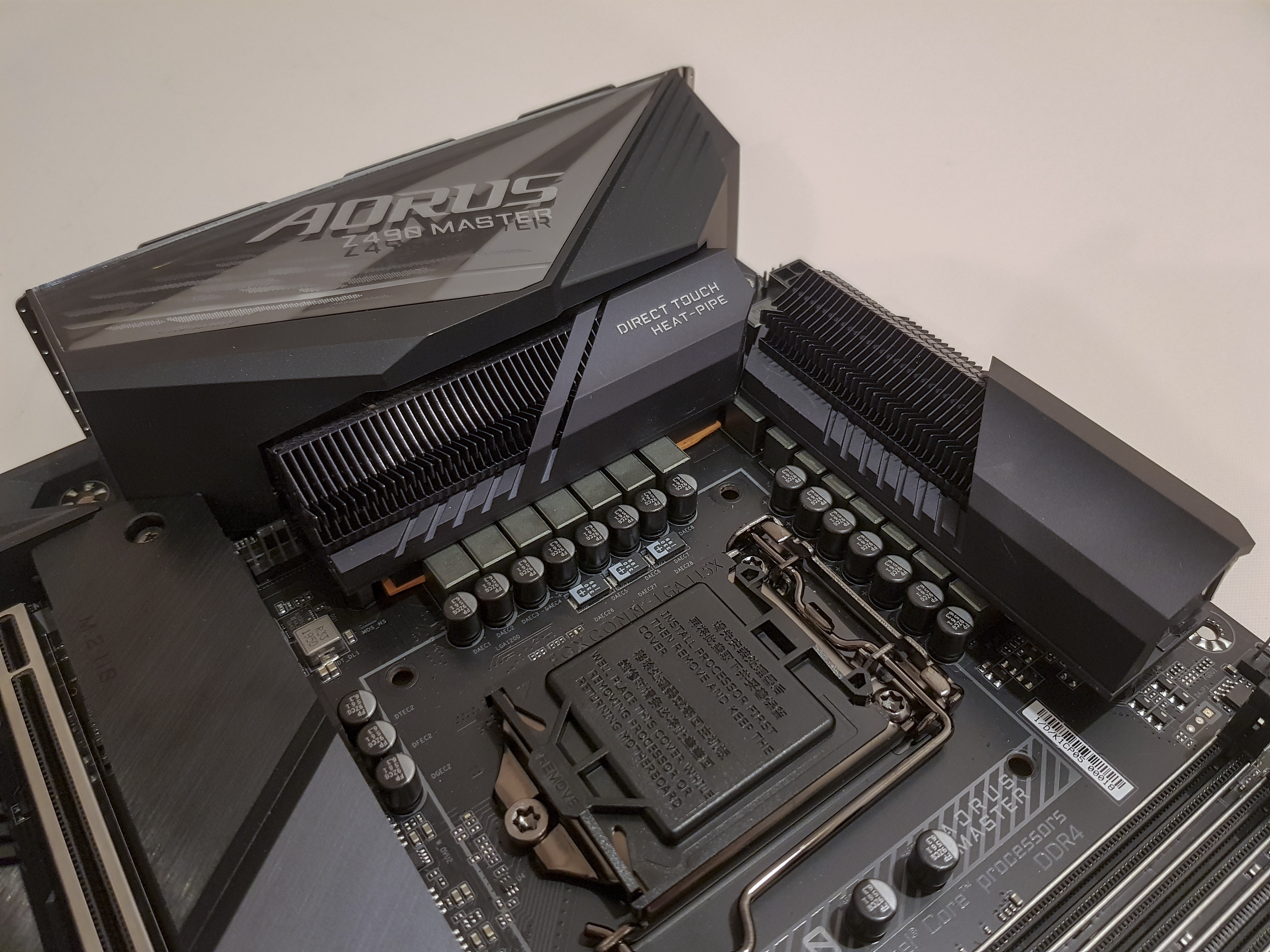 In the VRM area, the Z490 Aorus Master is equipped with 14 power phases for the CPU, powered by 2 8-pin heads and cooled by aluminum foil and copper pipes throughout the system. The design of the aluminum foil and blade plate this time is also designed by Gigabyte to be very good looking, a commendable point for designers. Also through the investment in this VRM cluster, we can see that the power source for the 10th generation Intel CPUs is not small, even higher than the Intel Core i9-9900K is not small. 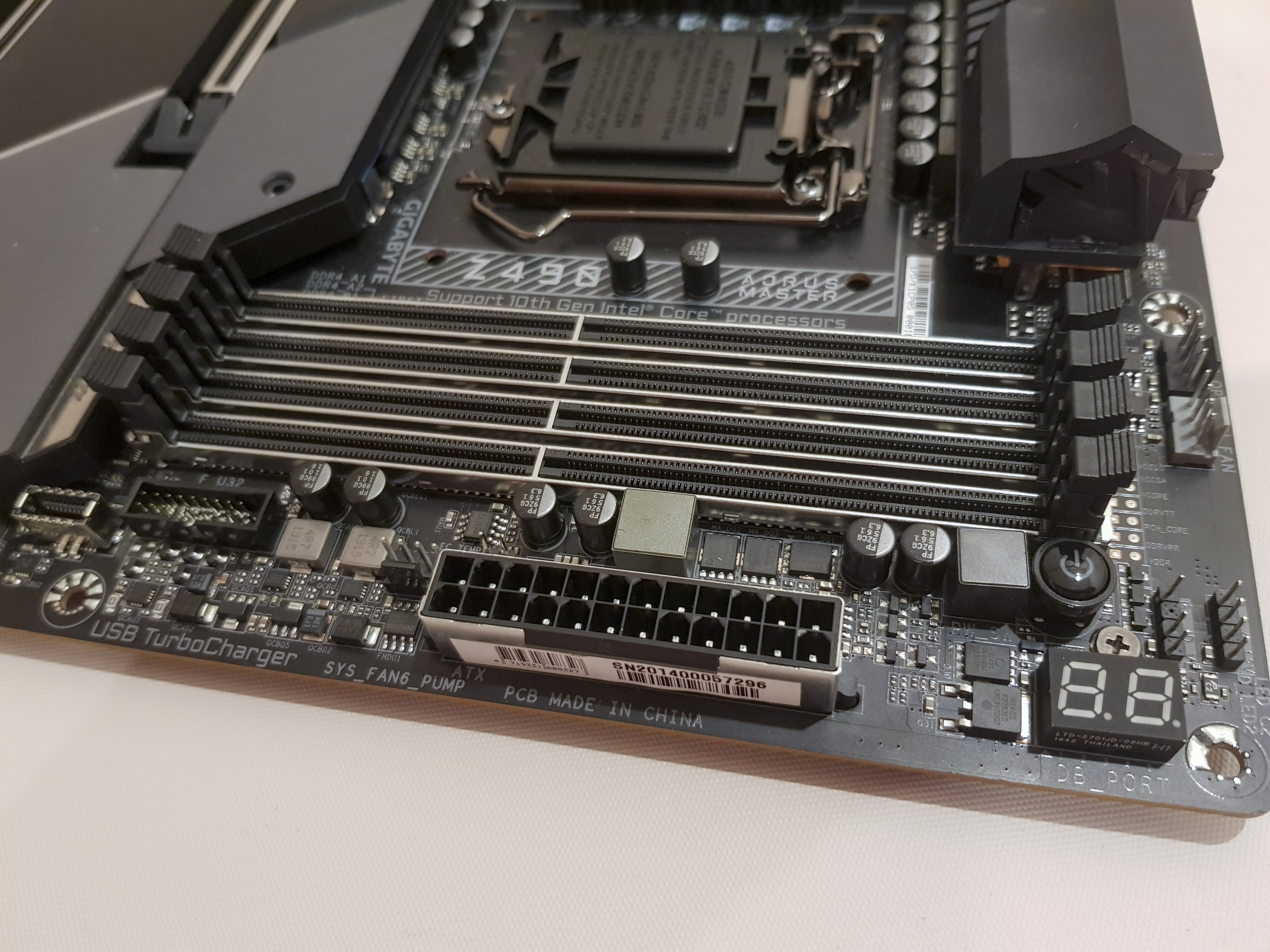 The entire RAM and PCIe slots on the Z490 Aorus Master are covered in reinforced metal and have a very high level of finish not only feels solid, but it also brings aesthetics to this high-end motherboard. 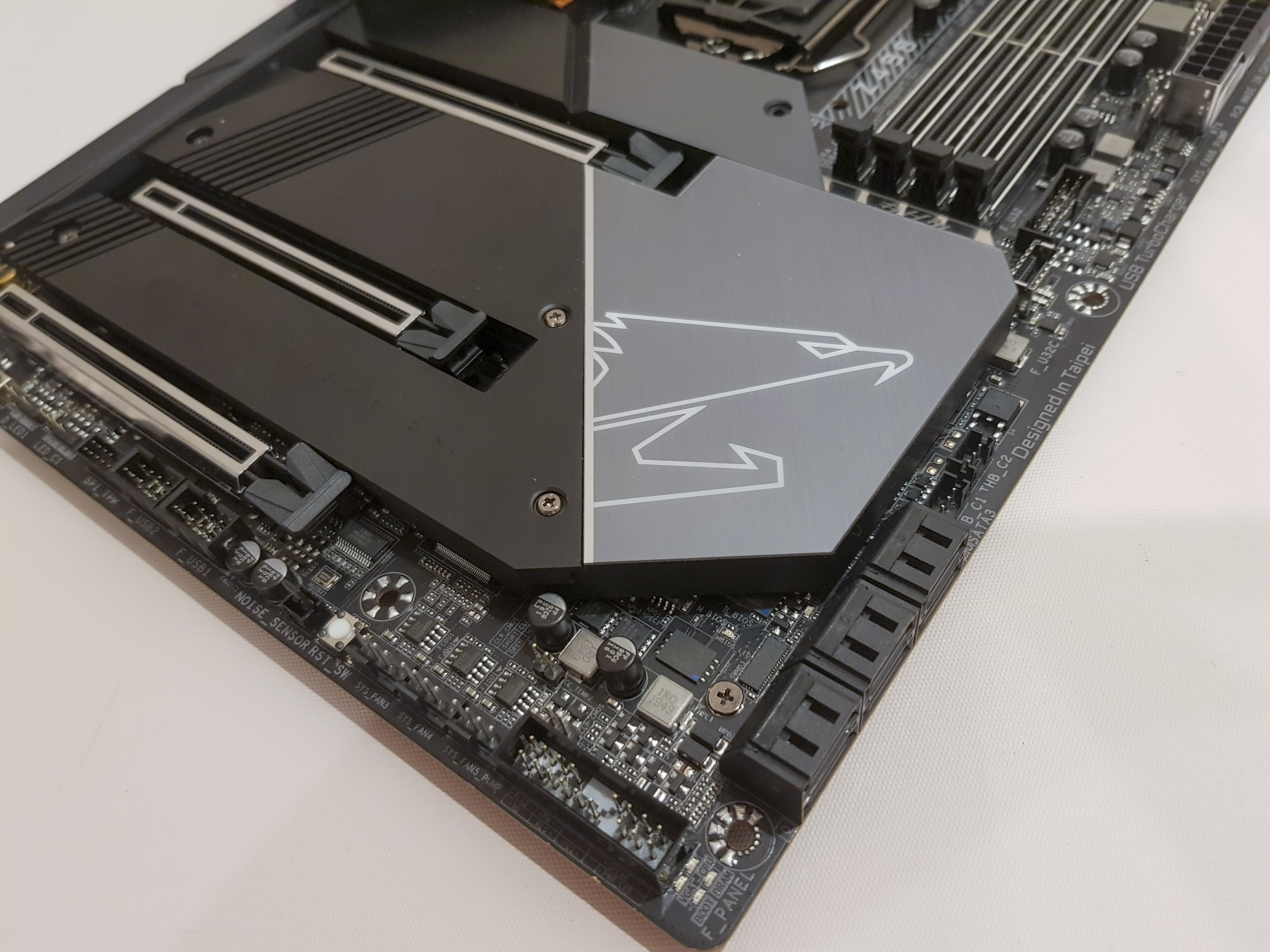 Most of the lower body of the Z490 Aorus Master is covered by a very good quality aluminum colored thermal armor. With this design, the chipset as well as the 3 M.2 slots are guaranteed to operate at an acceptable temperature, but that is a bit limited when you do not have many PCIe slots to plug devices. be extended. 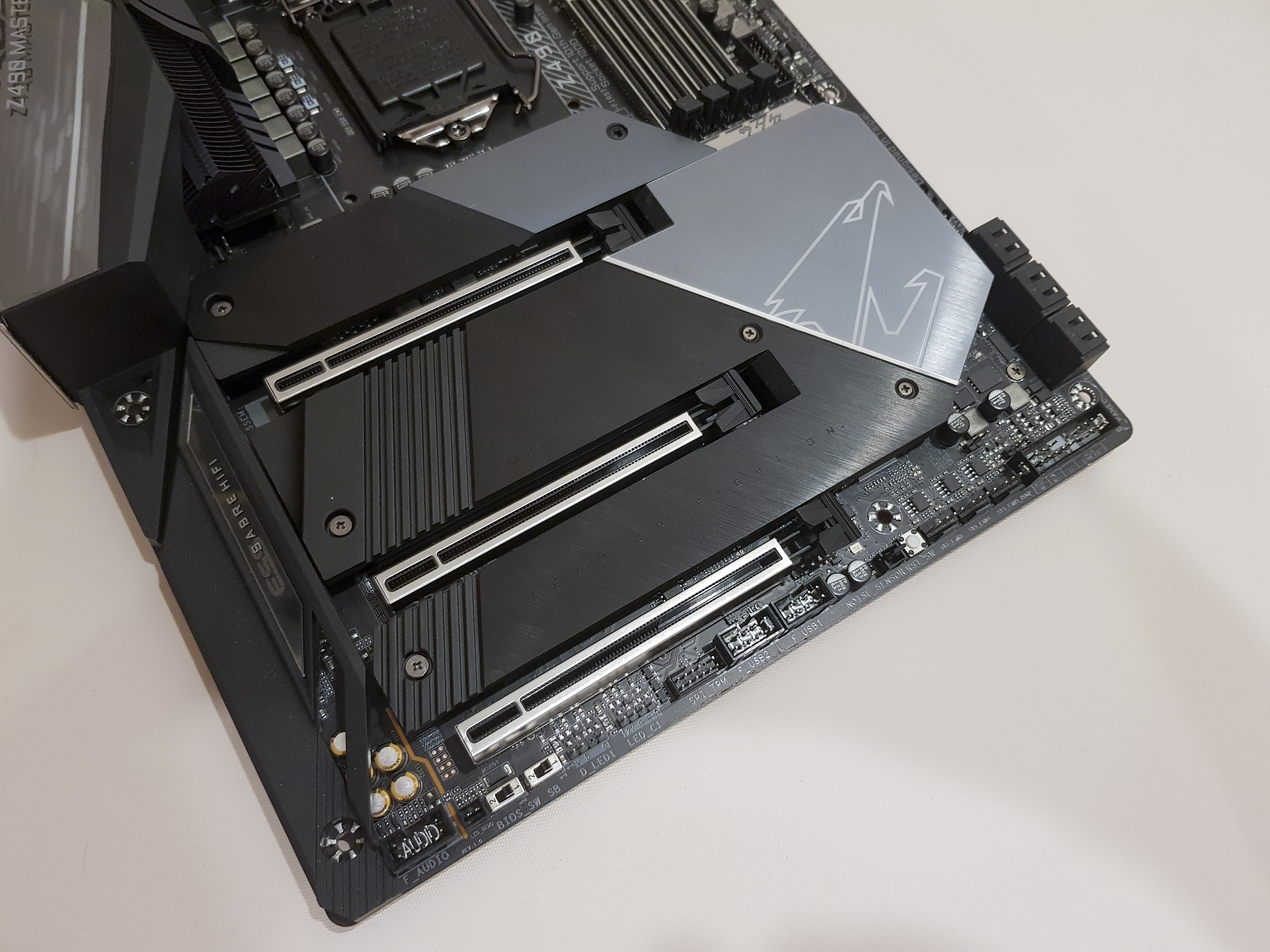 The Z490 Aorus Master has a very heavy weight, and it is the metal armor on the back that contributes to the extra weight of the motherboard. However, gamers will be assured when attaching a lot of lean things to this motherboard without fear of any agent that warps or breaks the motherboard in an unfortunate way. 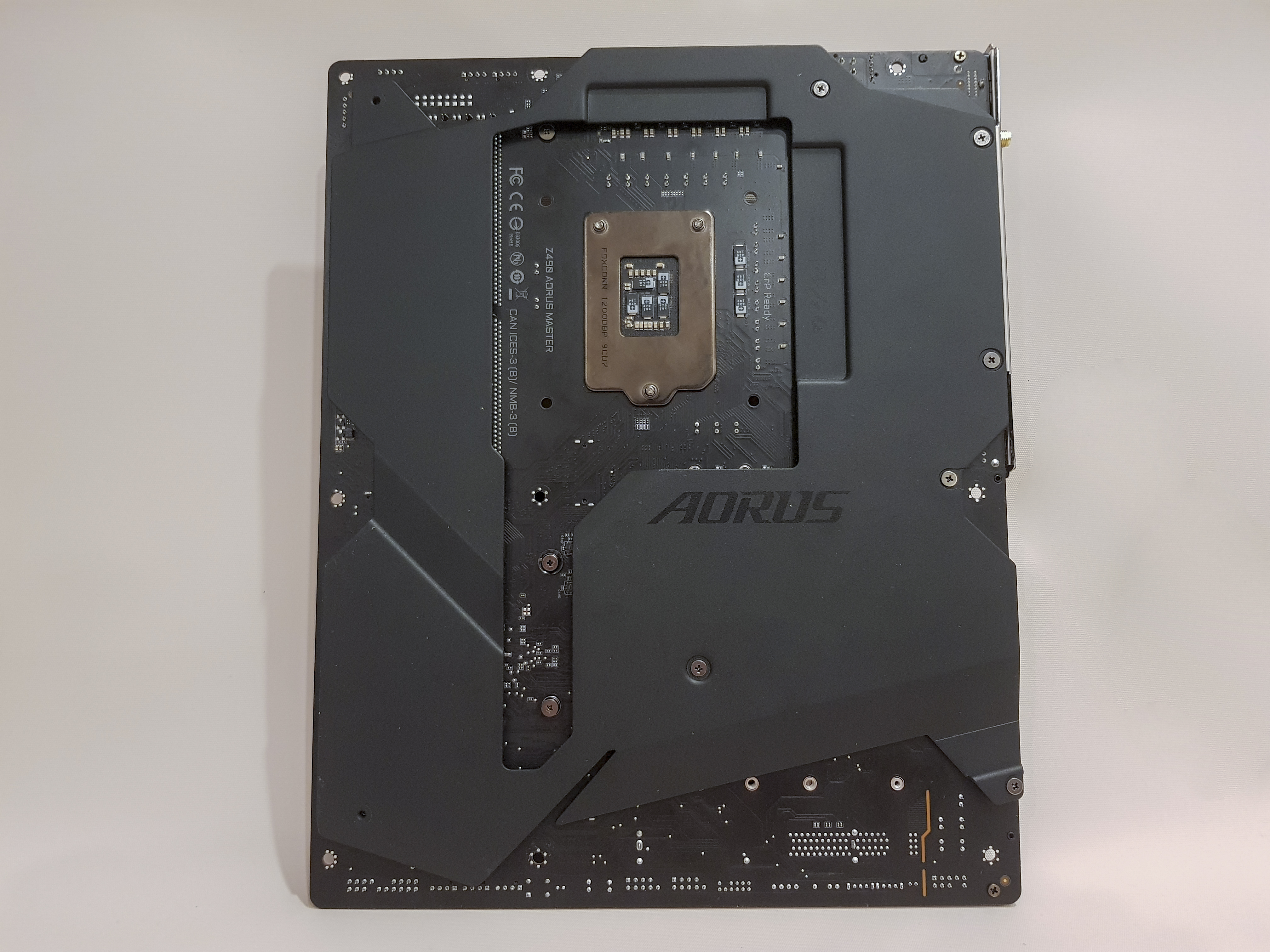 On the back of the motherboard are plenty of play ports and built-in shields to make setup easier.

With what we see from a Z490 Aorus Master, it’s hard to expect it to be affordable for gamers. However, expensive still chopped pieces, Z490 Aorus Master is a genuine motherboard for those who love the power and want to conquer their hardware.