With the price of more than 600 million for the high-end version, MG ZS 2021 imported from Thailand owns many advanced technologies such as 360-degree camera, 10.1-inch screen, Cruiser control technology, modern and youthful design. suitable for urban vehicles.

The Urban Crossover segment in Vietnam is currently extremely active, with almost every price range 1 or 2 competing with each other. With a price of 569 – 619 million VND, MG ZS 2021 will have to compete with some models with similar money such as Kia Seltos of Deluxe and Luxury, Ford EcoSport Trend and Titanium or standard Hyundai Kona 2.0.

The new exterior version is refined, highlighting the strengths in the Brit Dynamic design language, maximizing the mobility of the car when traffic or stops in the inner city. The grille with highlights are patterns that simulate sharp, strong spearheads on the steering wheel, coordinated with hexagons that relate to racing cars. The Halogen headlight cluster on the old version is replaced with an automatic Projector Headlight LED cluster, combined with a translucent LED taillight cluster inspired by the Silverstone race track. 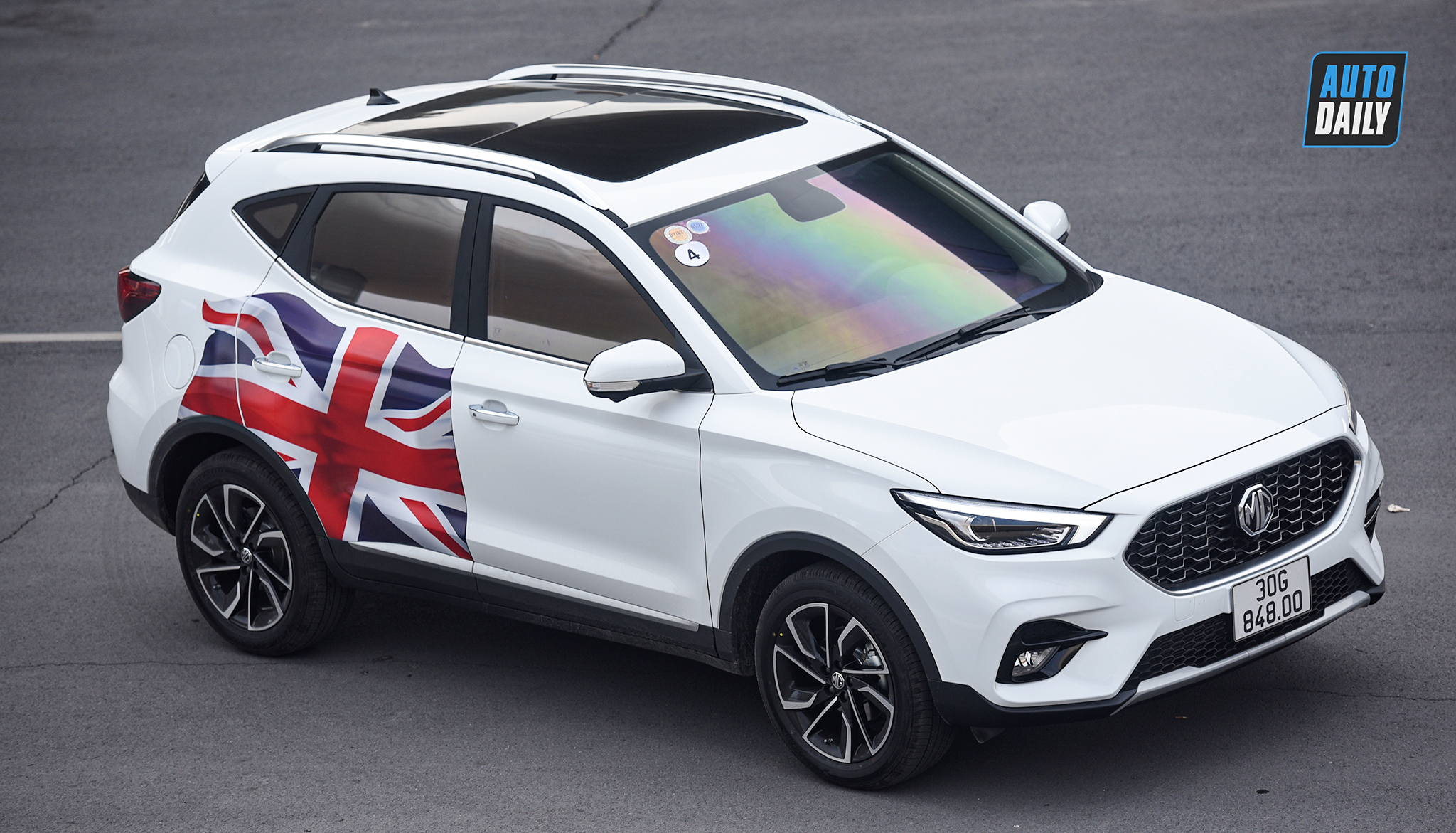 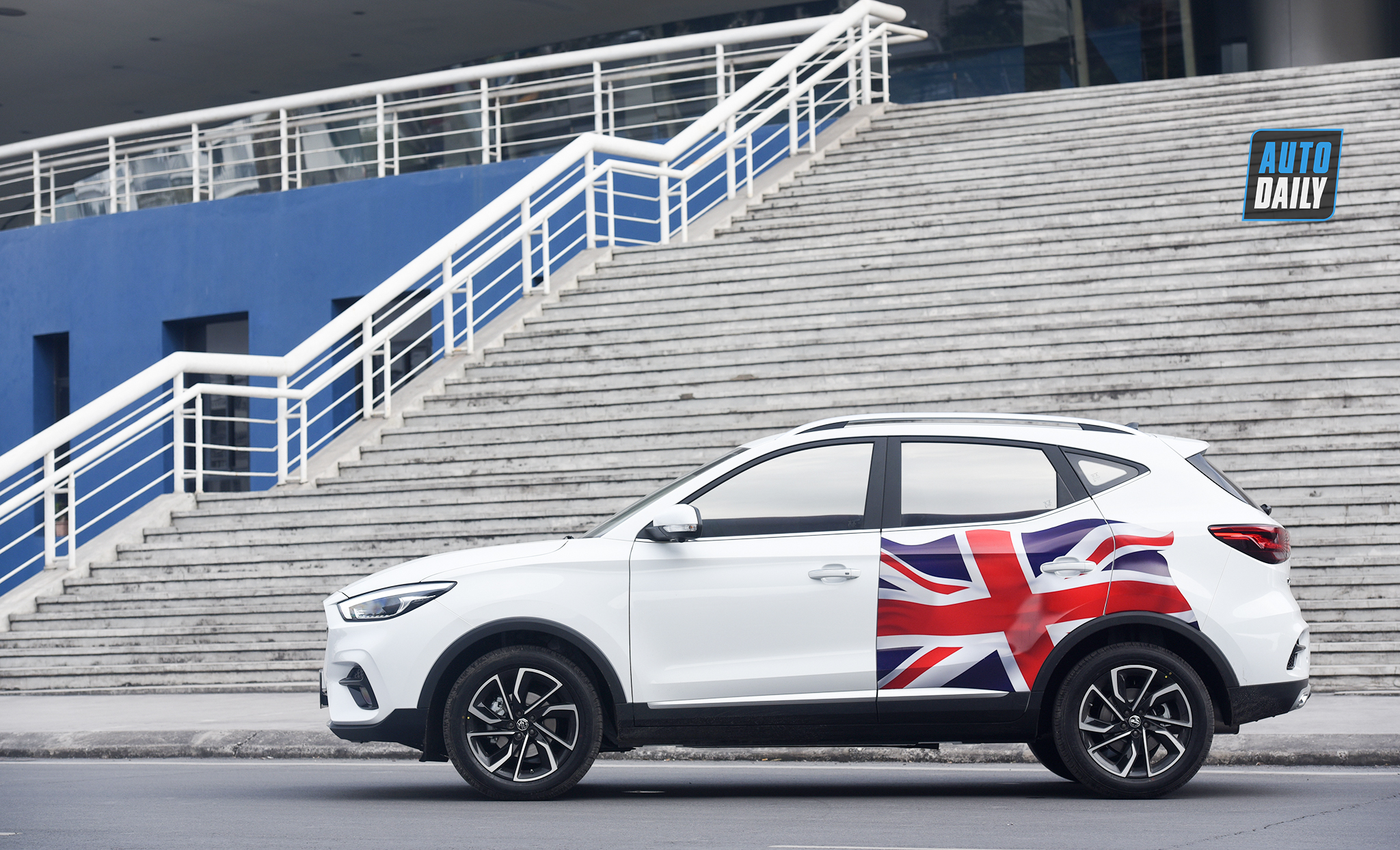 The most prominent feature on this screen cluster is the 360-degree camera system that displays 3D or 2D to help the driver easily use the car in crowded streets. MG ZS 2021 owns a cargo compartment with a capacity of 359 liters and increases to 1,166 mm when the second row is folded down. These figures are smaller than Toyota Corolla Cross (440 liters) and Kia Seltos (433 liters). 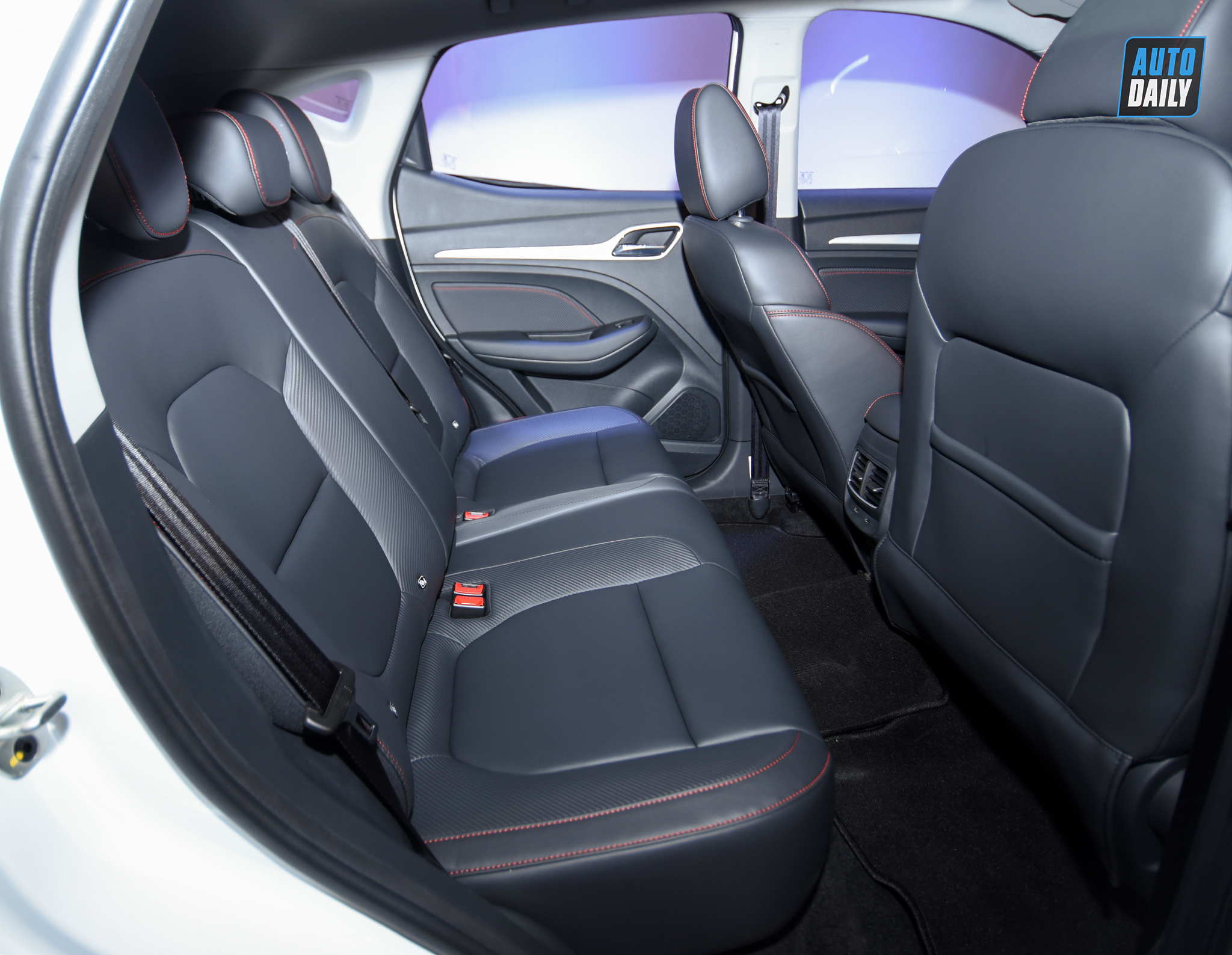 MG adds convenience to the ZS when it comes to USB charging ports for both front and rear seats, including on the rearview mirror clusters in the car, making it easy for users to connect to an additional dashcam. Panoramic sunroof, accounting for 90% of the ceiling area with 7 levels of opening. Air-conditioning system with PM 2.5 fine dust filter technology can adjust the temperature and air volume through the touch screen. 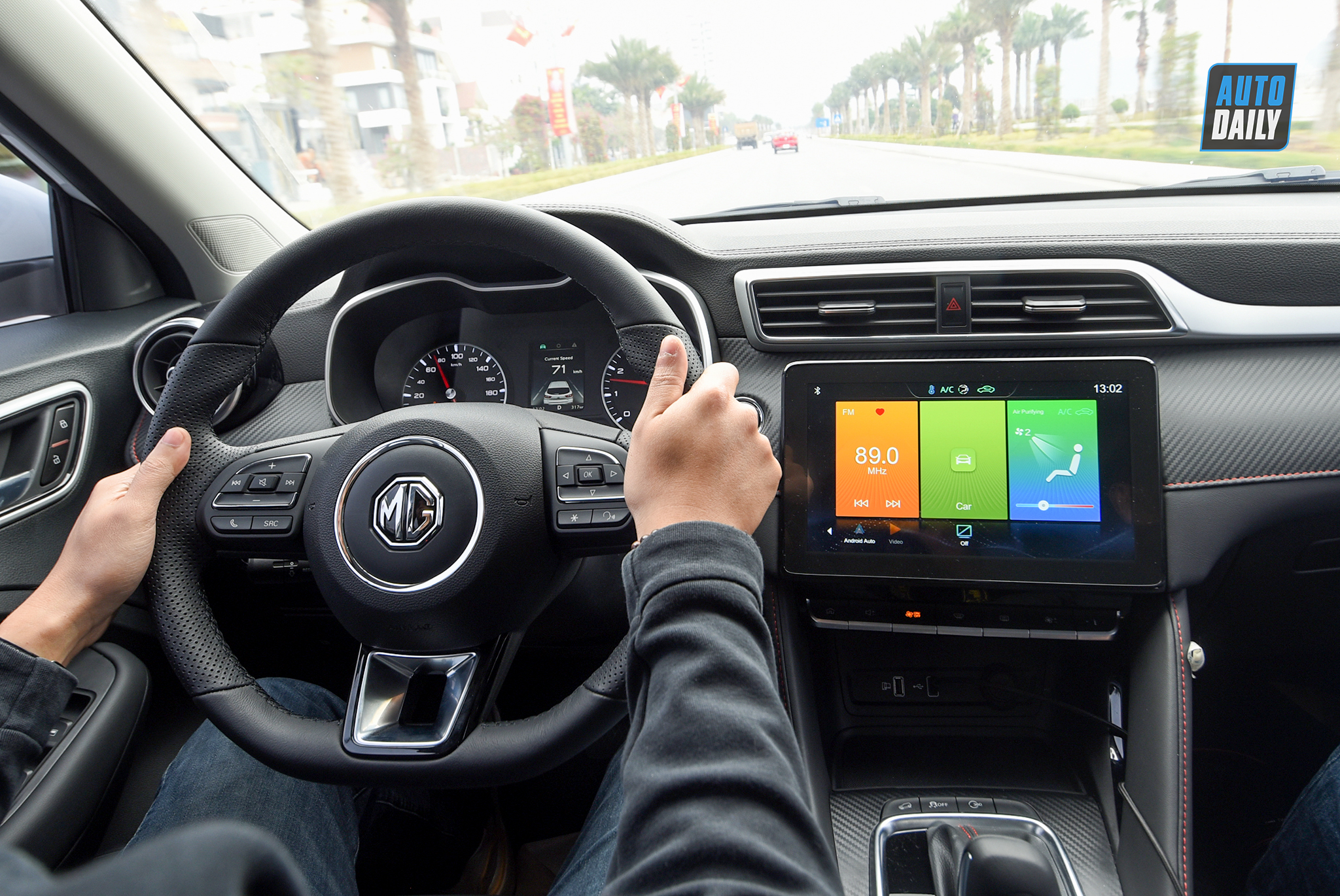 In the rear space, the MG ZS 2021 has a 3-person bench design, without a mobile armrest. The rear is equipped with air-conditioning doors. The driver’s seat is electrically adjustable while the rest of the seats are adjustable. Material used for the interior is mainly soft industrial leather, contrasting color stitches.

MG ZS Smart Up 2021 is equipped with a 1.5L 4-cylinder engine, with a maximum capacity of 112 hp at 6,000 v / ph, a maximum torque of 150 Nm at 4,500 v / ph, the car is capable of reaching speed. maximum degree 170 km / h. The most special feature of the ZS Smart Up is to upgrade the gearbox from a 4-speed automatic to a completely new CVT with 8 simulator levels with 3 driving modes including city, standard and sport. 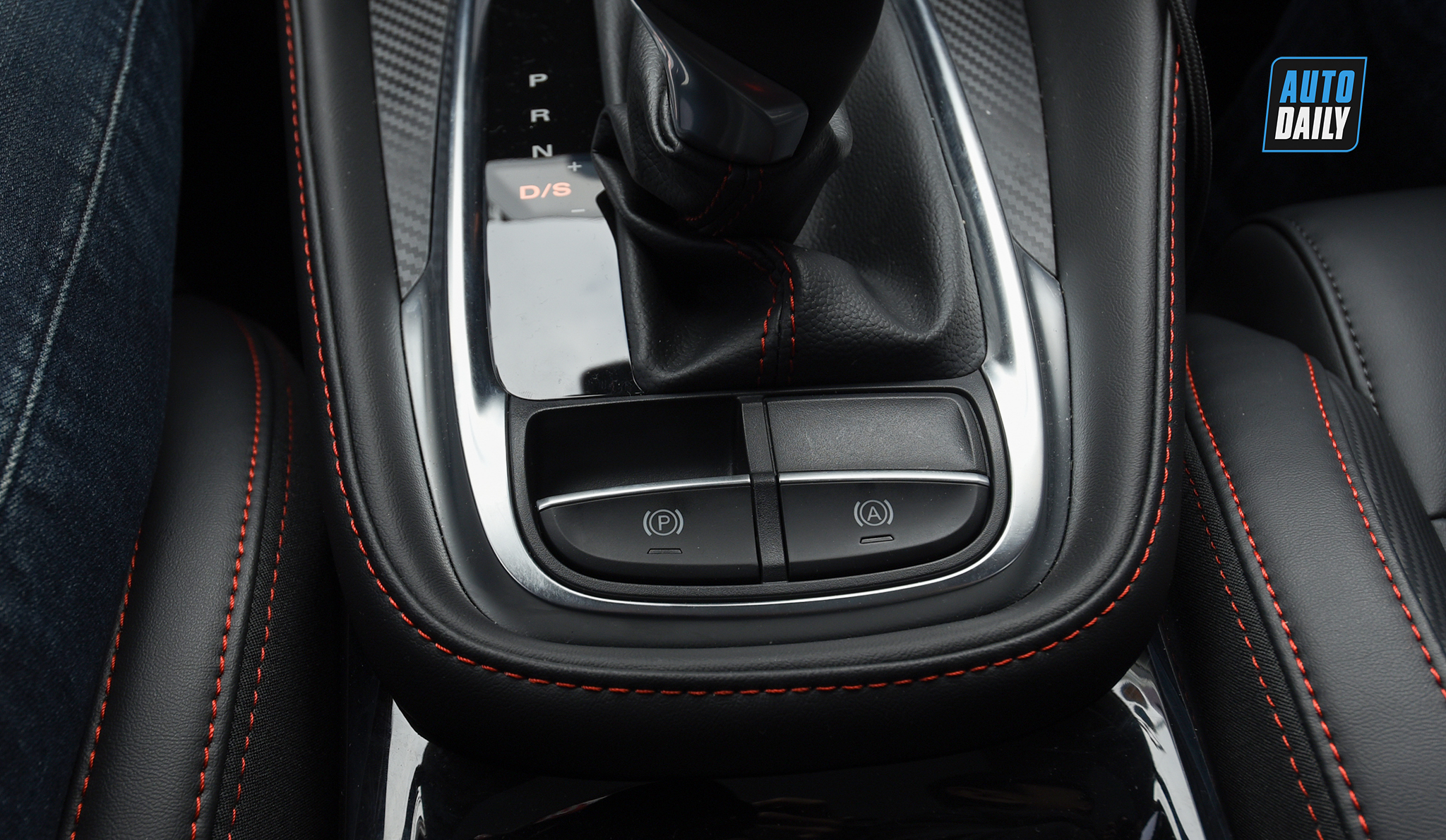 As an urban Crossover, MG ZS will mainly aim for the street and the main customer group will be young people, families with 3 to 4 people. The first point that we want to mention is the 360-degree Camera system equipped on the ZS Lux. This will definitely be an extremely useful support technology for users if they regularly move around the city, the experience of driving and parking is not much. 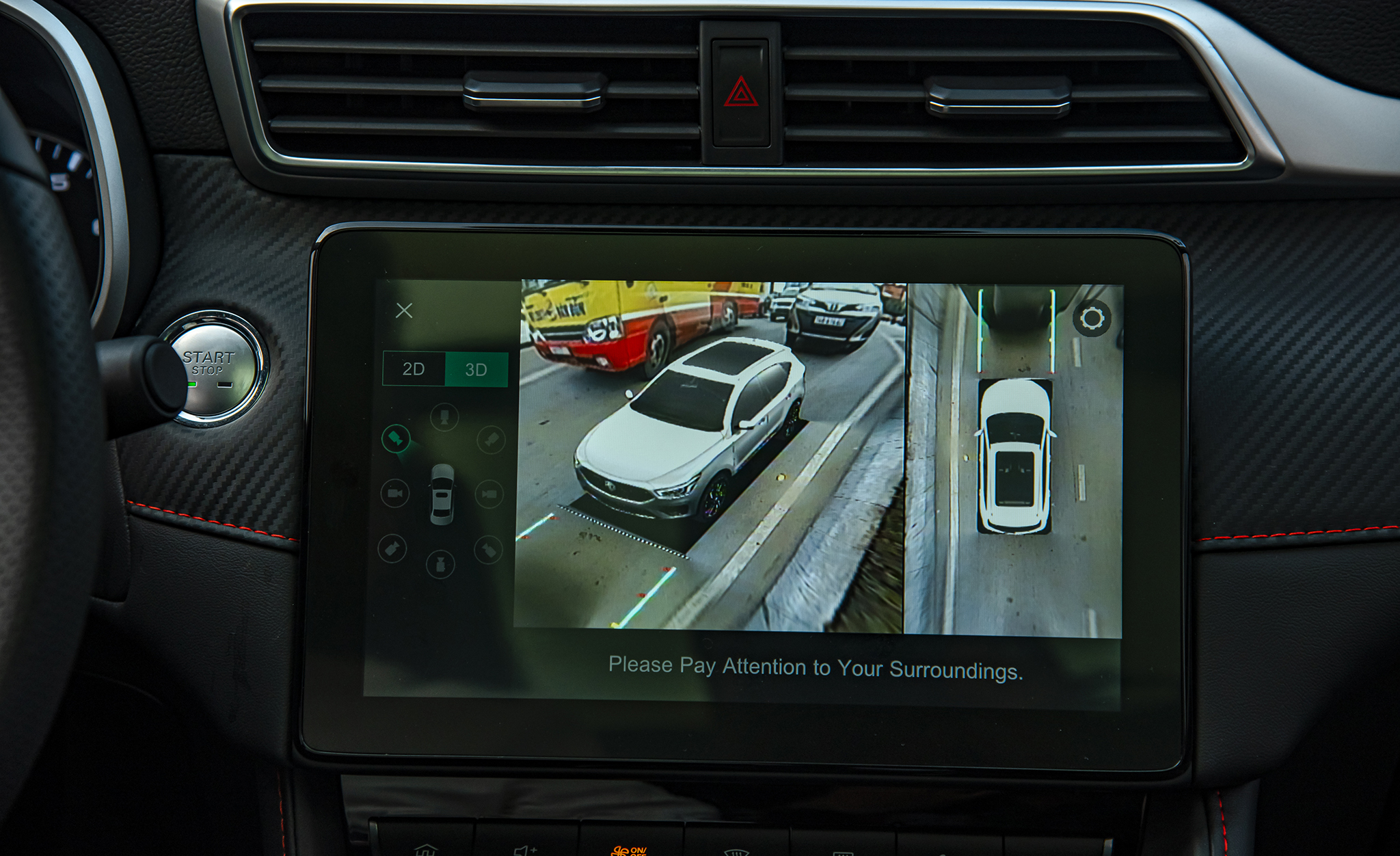 When the 360-degree camera system is activated, the main screen will be divided into two different areas, including a panoramic image viewed from above, helping the driver to cover the entire space around the car and the rest of the car is displayed. Sensing angle in 2D or 3D format. In 2D, this technology displays the rotation angle of 4 main cams in front, behind and on 2 mirrors, in 3D, there will be 8 different viewing angles that simulate the space that the user needs to observe. This is an extremely useful technology when entering / leaving a parking position or moving in a narrow space with many cars going back and forth. 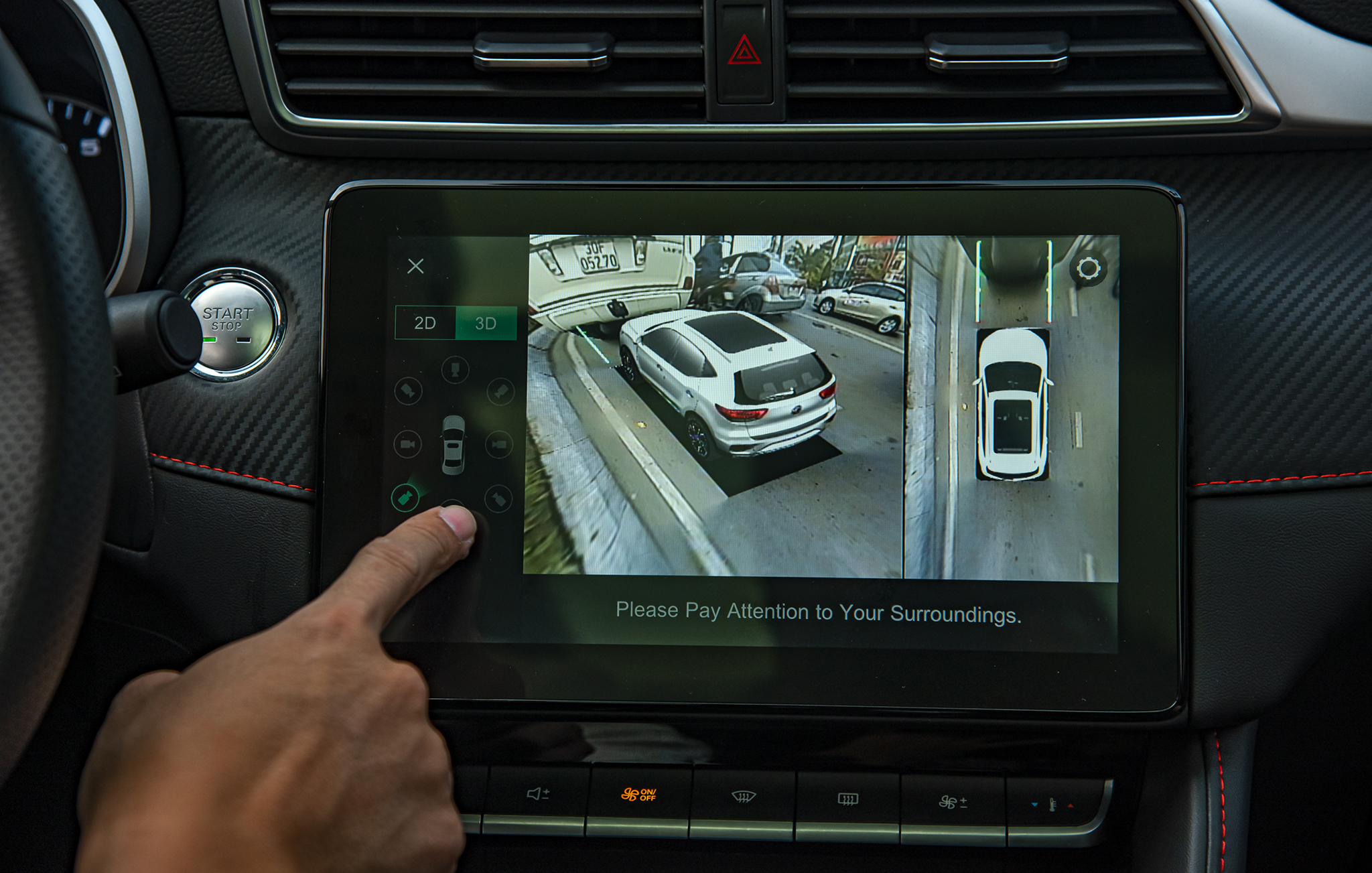 In terms of power, the MG ZS still uses a 1.5L engine with a capacity of 112 hp and 150 Nm. Compared to its competitors in the segment, this engine has the lowest capacity in the segment, which is what customers who want to find a powerful, high-volatility car should pay attention. Although the car is larger than the Seltos, it has a weaker engine than the opponent. 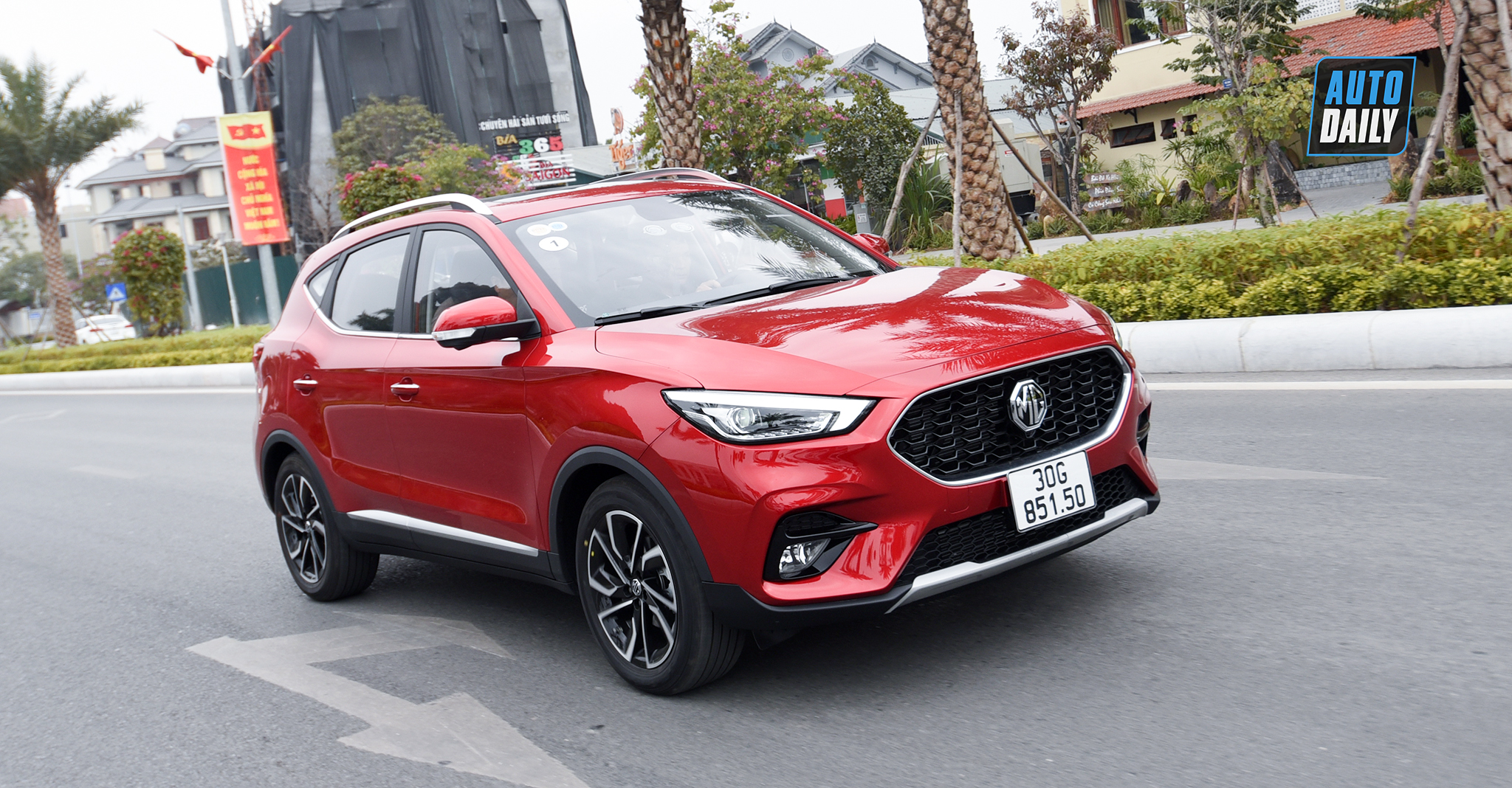 In this new version, the MG ZS is equipped with a CVT gearbox that replaces the 4-speed type on the old version. CVT gearboxes work more efficiently than conventional gearboxes because it allows the engine to operate in the mid-range of maximum torque and maximum power. This way the engine will always achieve its optimum speed of rotation (RPM). Overall, the two biggest benefits to using a CVT gearbox are the ability to operate smoothly across the speed ranges and save fuel. 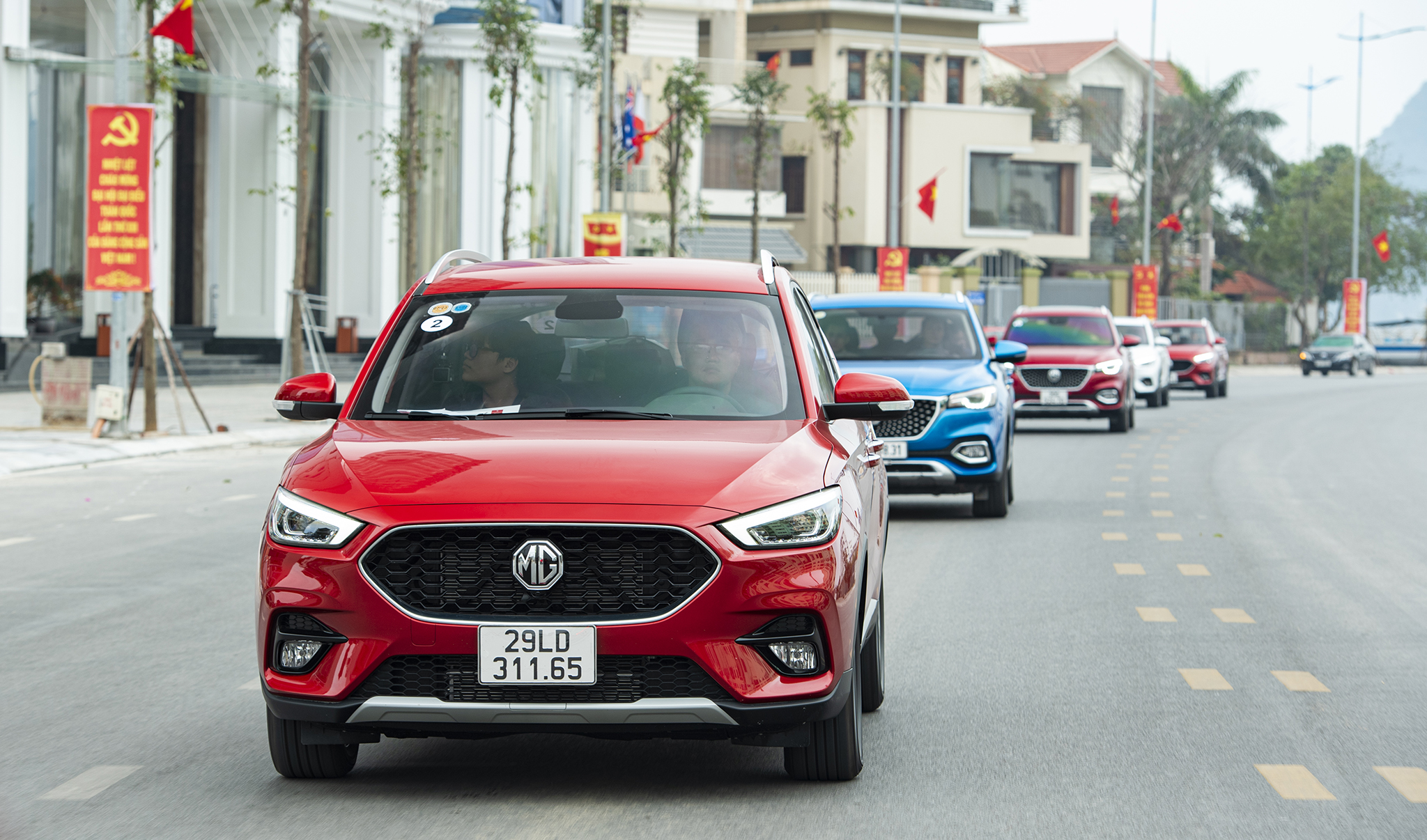 When moving in a city or a densely populated area with a speed not exceeding 60km / h, the criteria such as chassis, acceleration, environmental sound insulation or vehicle flexibility are all stable. Traveling at a speed of 40 – 50 km / h through low-speed burrs or moderate potholes, the MacPherson suspension in the front and the rear torsion bar are quite good at suppressing vibrations, the lumpy sound in the four wheel holes echoes into the cabin not much. 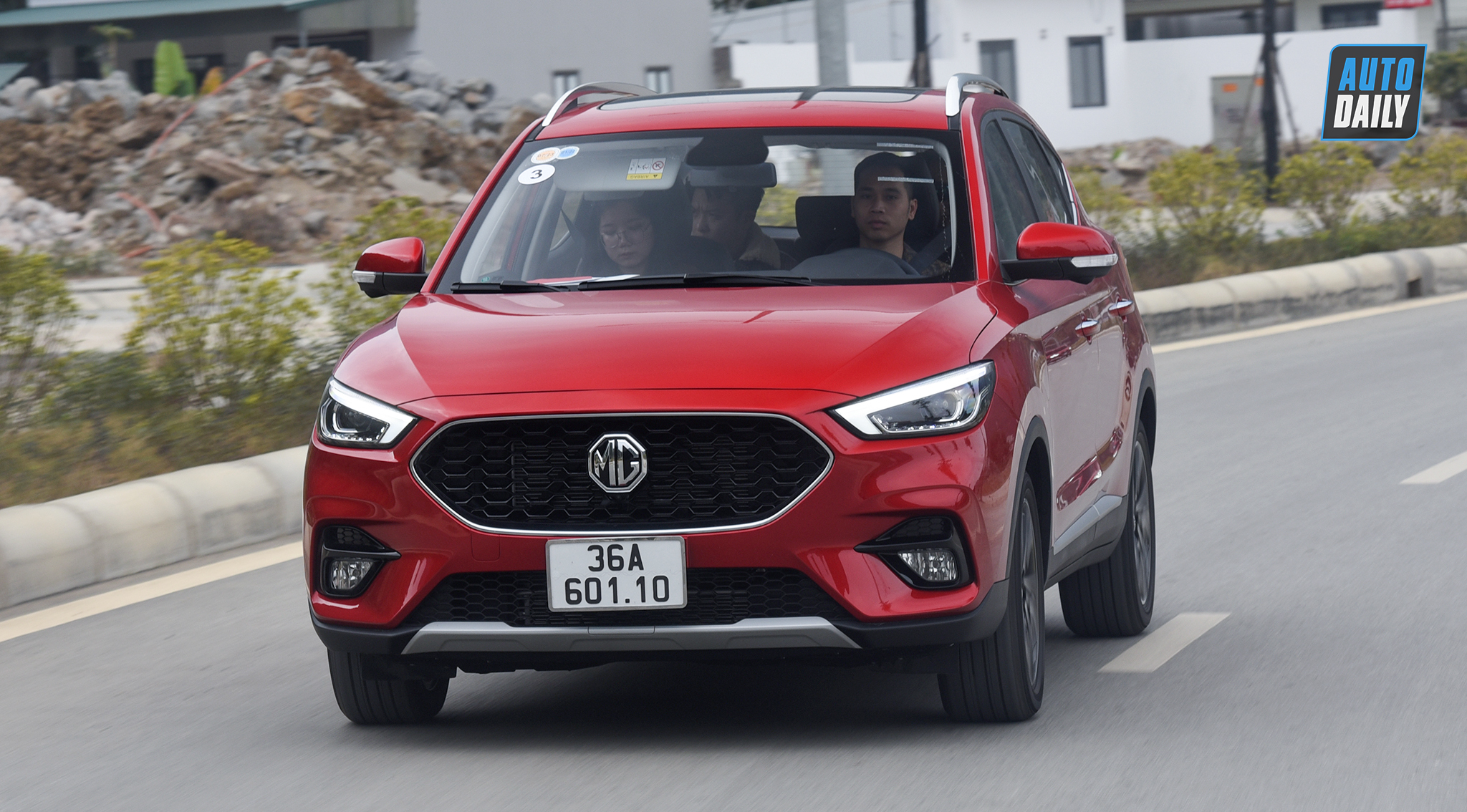 With assistive technologies such as SCS electronic balance and CBC corner brake control, if the driver has a little too much accelerator when cornering, the car will still maintain a stable balance, without stalling. In addition to technology, the sturdy rigid chassis is also a factor that gives a safer feeling when cornering or folding. In low speed ranges when traveling in the city, CVT gearboxes maximize efficiency to provide smooth and smooth operation. 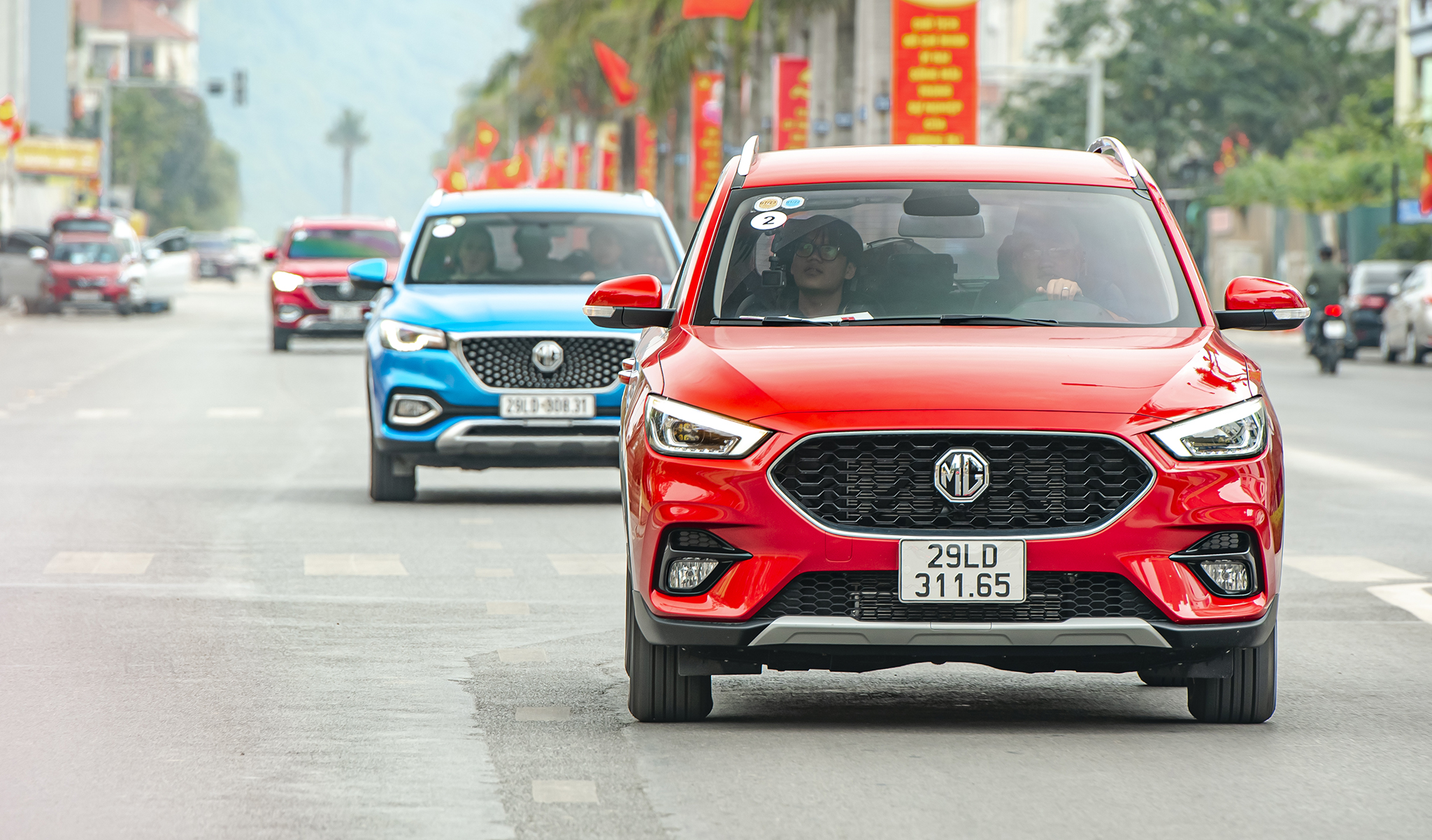 With long roads and highways, many advantages and disadvantages of the car also appear. When riding on the highway, the driver will be assisted by automatic gas technology (Cruiser Control) installed via the lever behind the wheel like many Toyota models. The speed setting and information display will appear on a 4.2-inch screen between the two analog clocks. Speed ​​100km / h, revs at nearly 2,300 v / ph, when up to speed 120 km / h, revs about 2,800 v / ph. 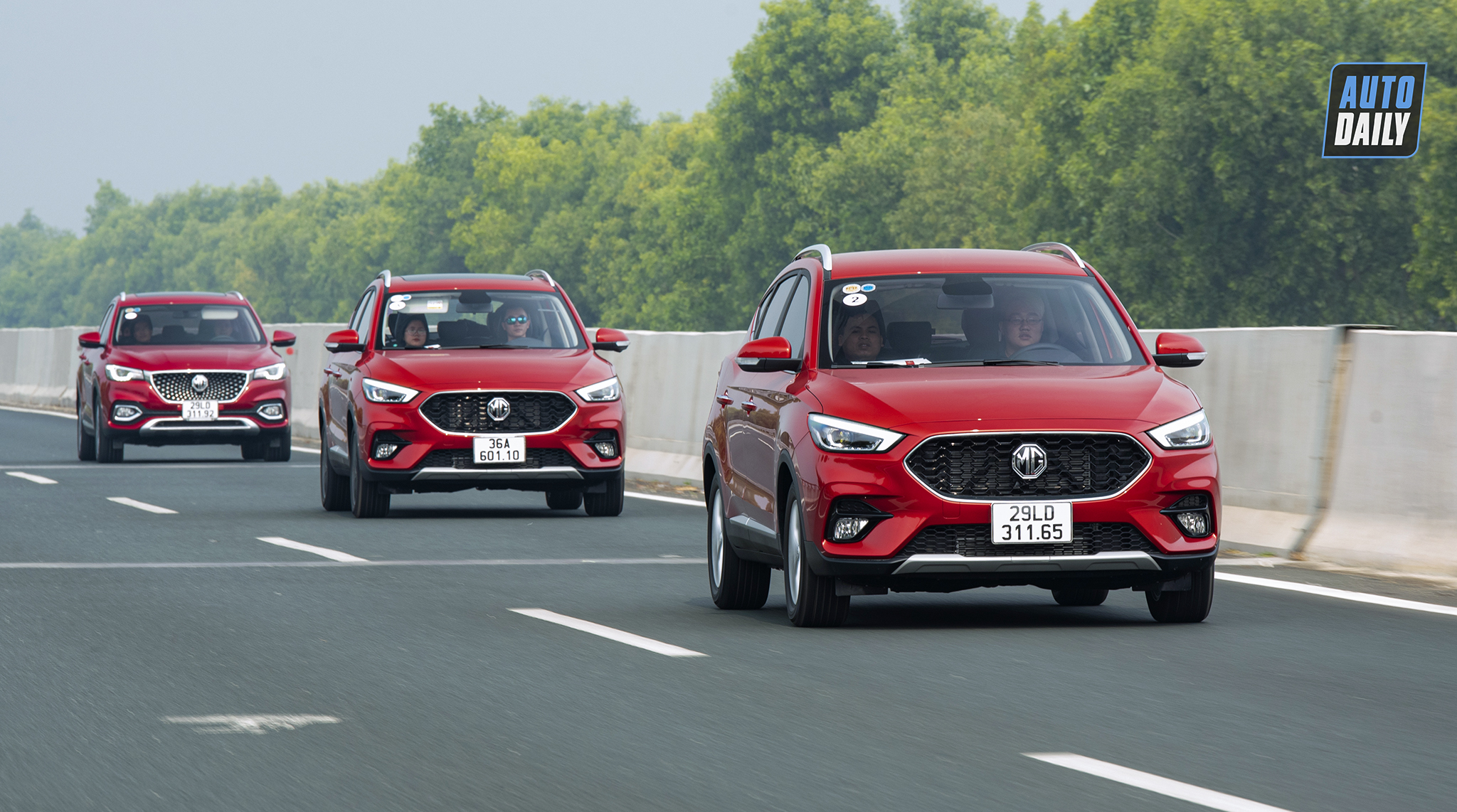 Regarding the noise when traveling at high speed, with the Hanoi – Hai Phong expressway surface, the noise caused by the friction of the tire against the road surface is quite large, especially when sitting in the second row. The armrest is in the middle so sitting for a long journey will feel a bit uncomfortable. With the suspension system and chassis, at high speed still works effectively, passing through the bridge abutments, the oscillation is eliminated quite quickly and causes less vibration for the occupants. 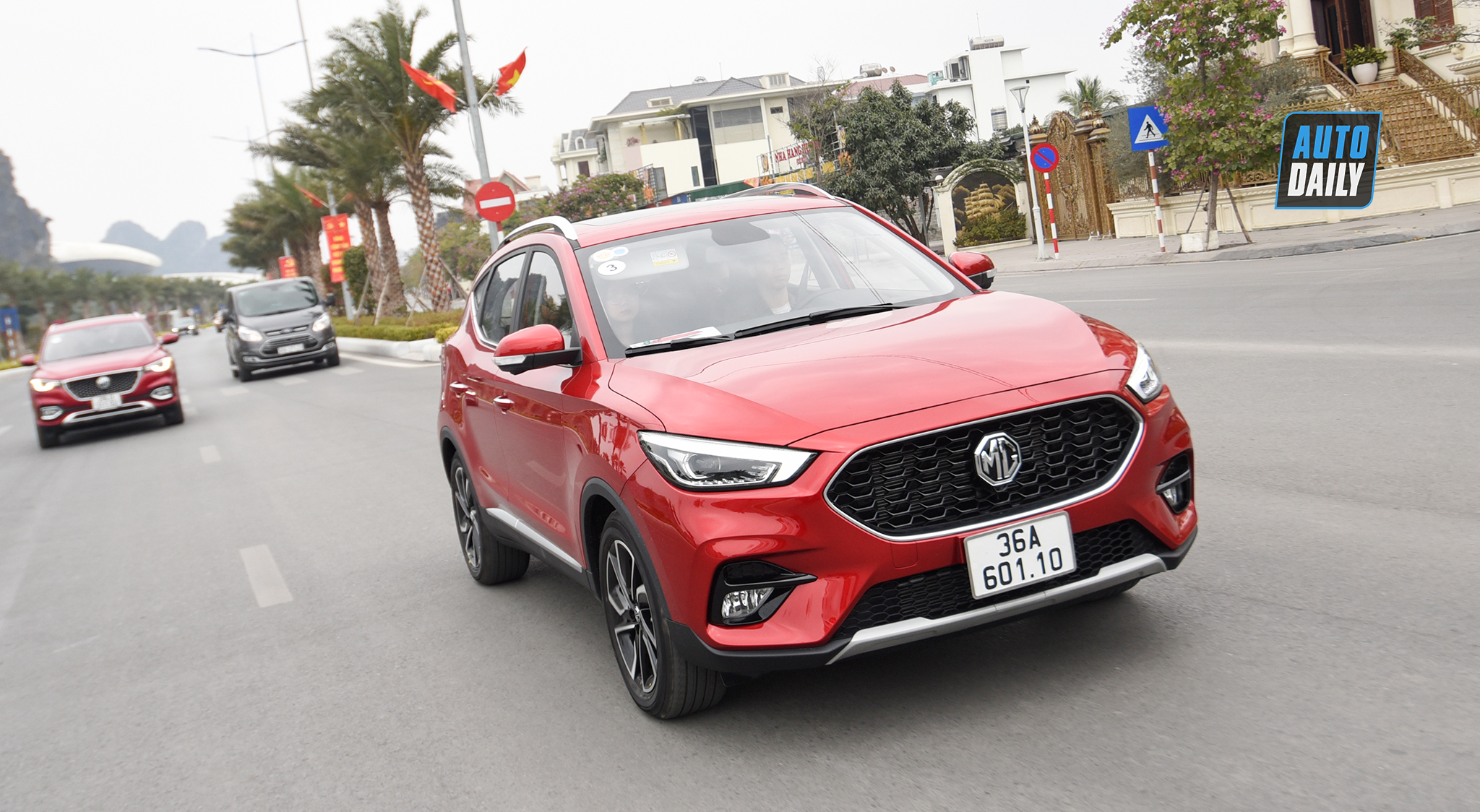 If the CVT gearbox operates smoothly and smoothly in the city, when traveling at high speeds and the need for large acceleration starts to appear weak points. If in normal driving mode, you need to pass the car in front, especially long containers when traveling at a speed of about 80-100 km / h, you will need to raise the throttle beforehand to have enough acceleration and distance. certain and overtake quickly, avoiding the dangerous parallel situation. 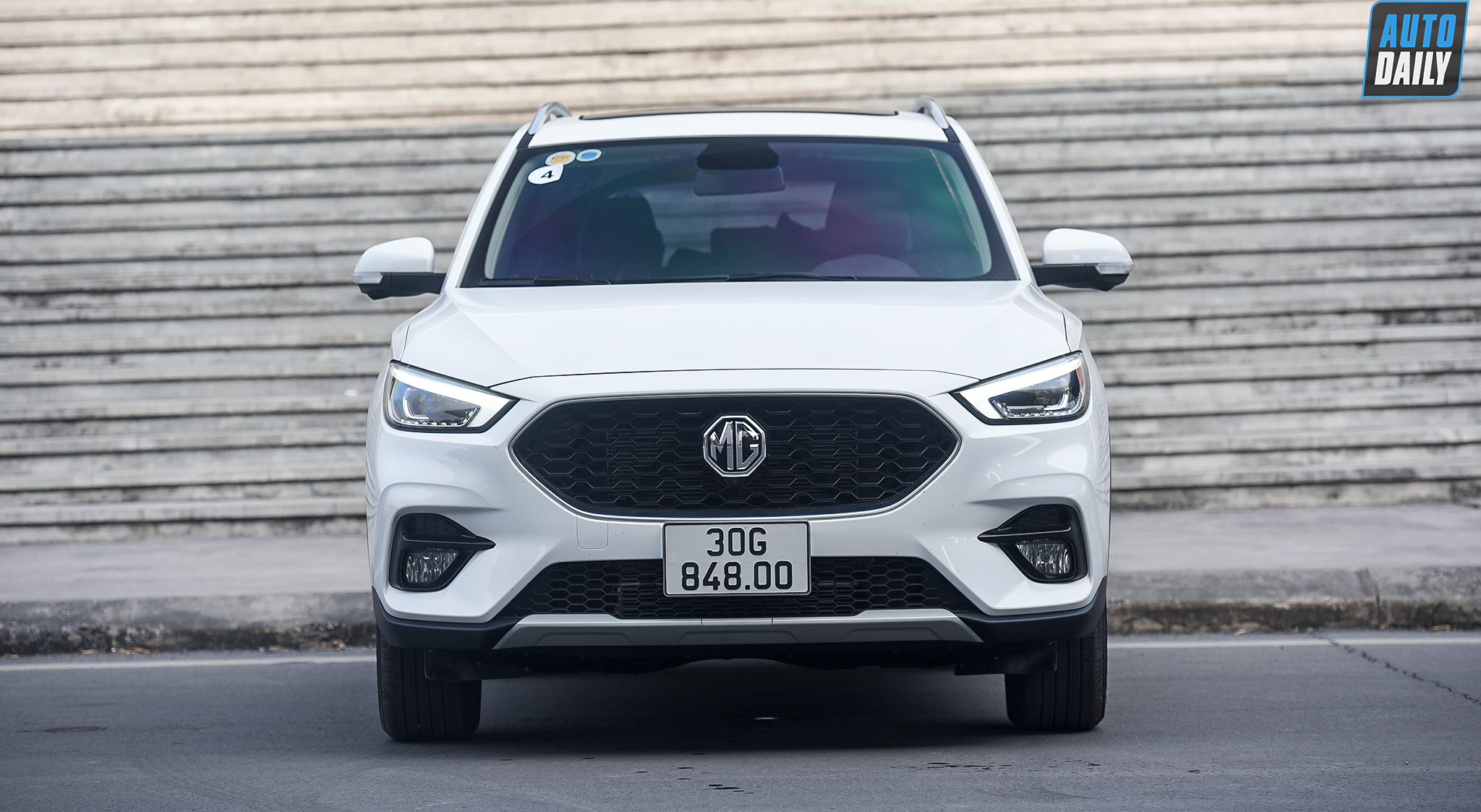 In addition, there is a modest engine power, so even if you try to pedal to the fullest extent, you will only receive a thunderstorm from the engine and the car leaps up slowly. When switching to Sport mode, the rpm jumps to 5000-5,500 v / ph, but you also only feel a little more power and jump than normal driving mode.

Although there are many notable highlights such as modern design, comfortable equipment, safety and reasonable price, the difficulty for the MG ZS 2021 is still not small because this segment is dominated. Powerful by names like Toyota Corolla Cross, Kia Seltos, Hyundai Kona. However, for customers who want to find new, experience some advanced technologies but with a budget of only about 700 million rolls, the MG ZS 2021 is a quite reasonable choice. 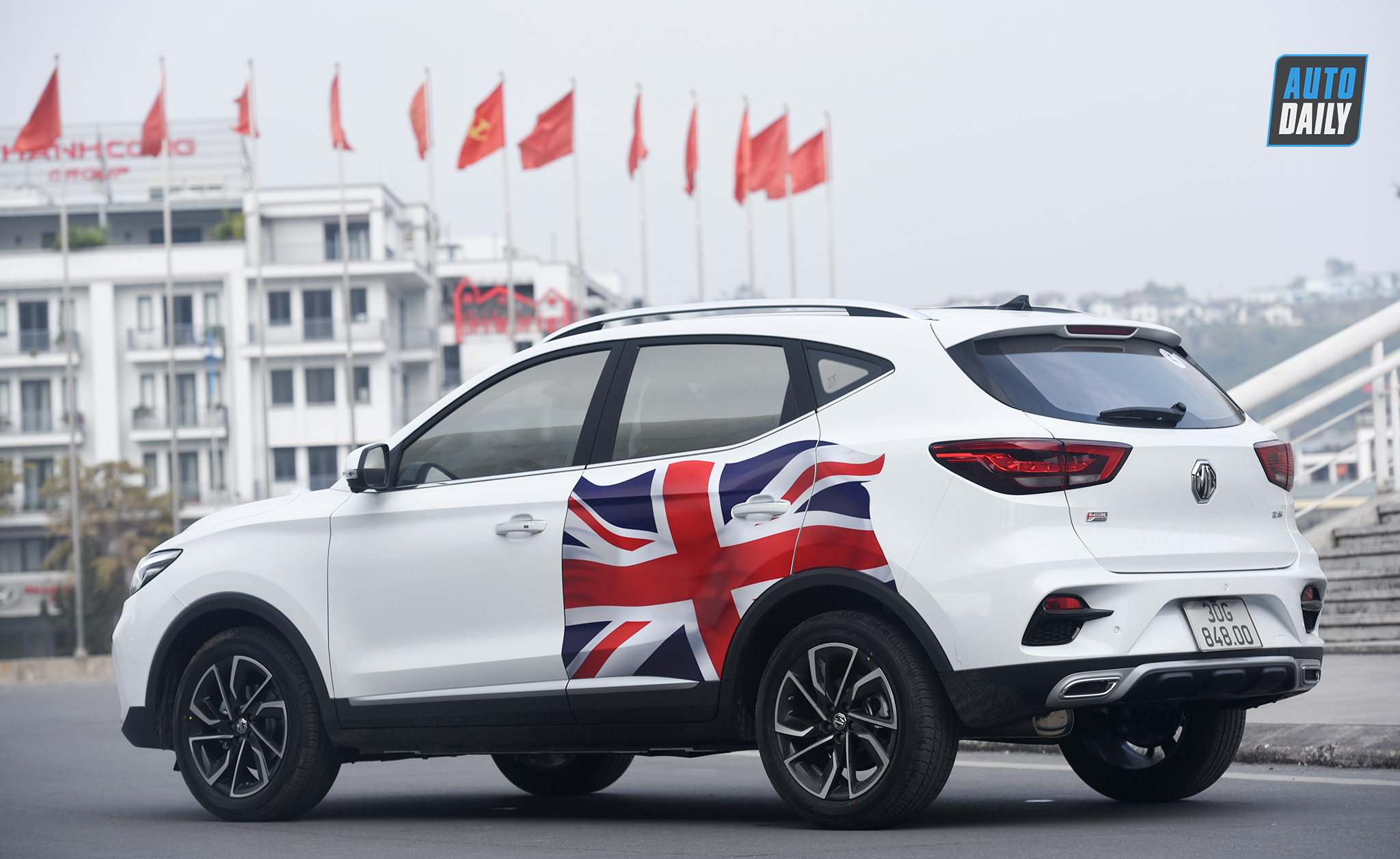 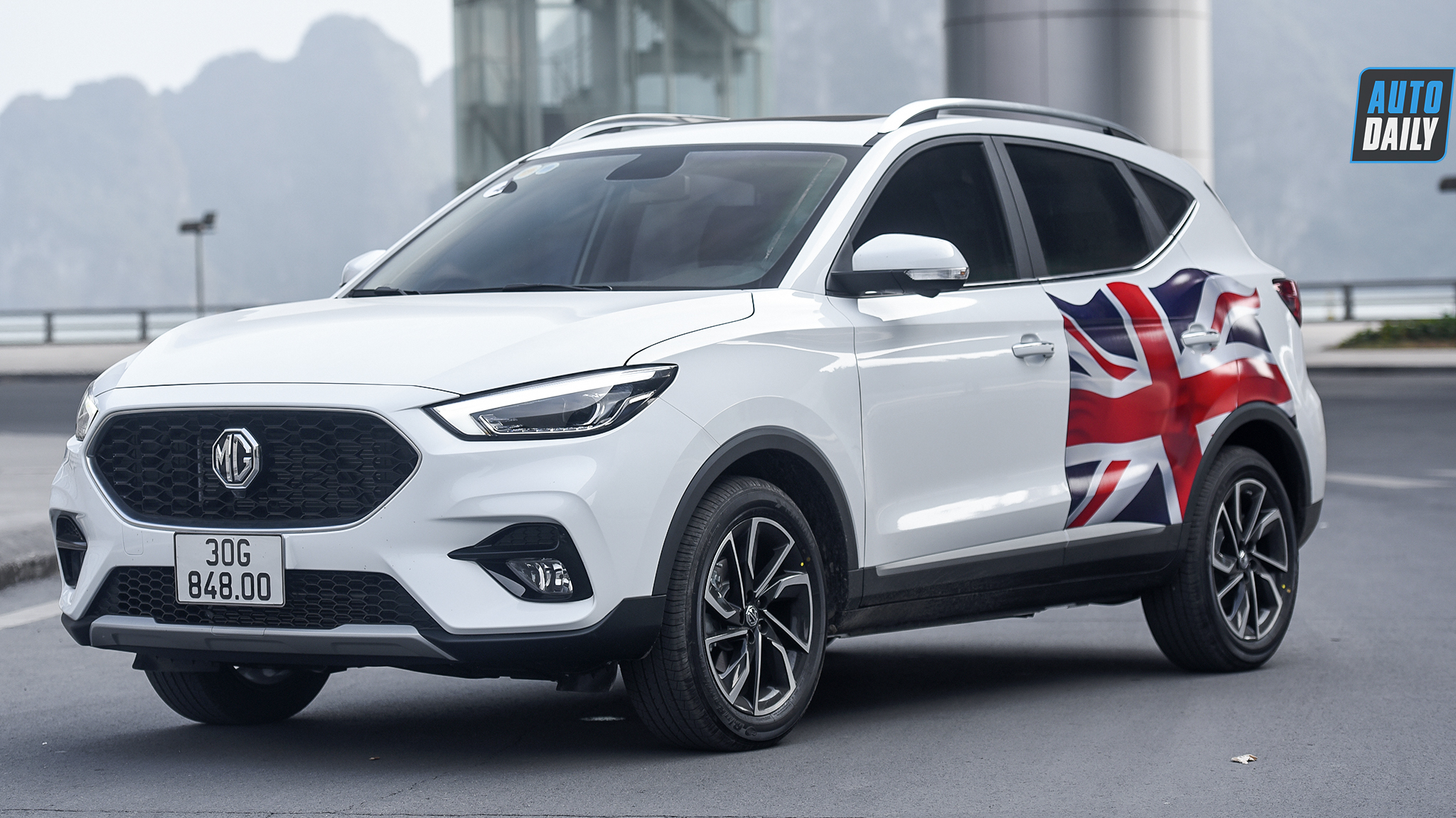 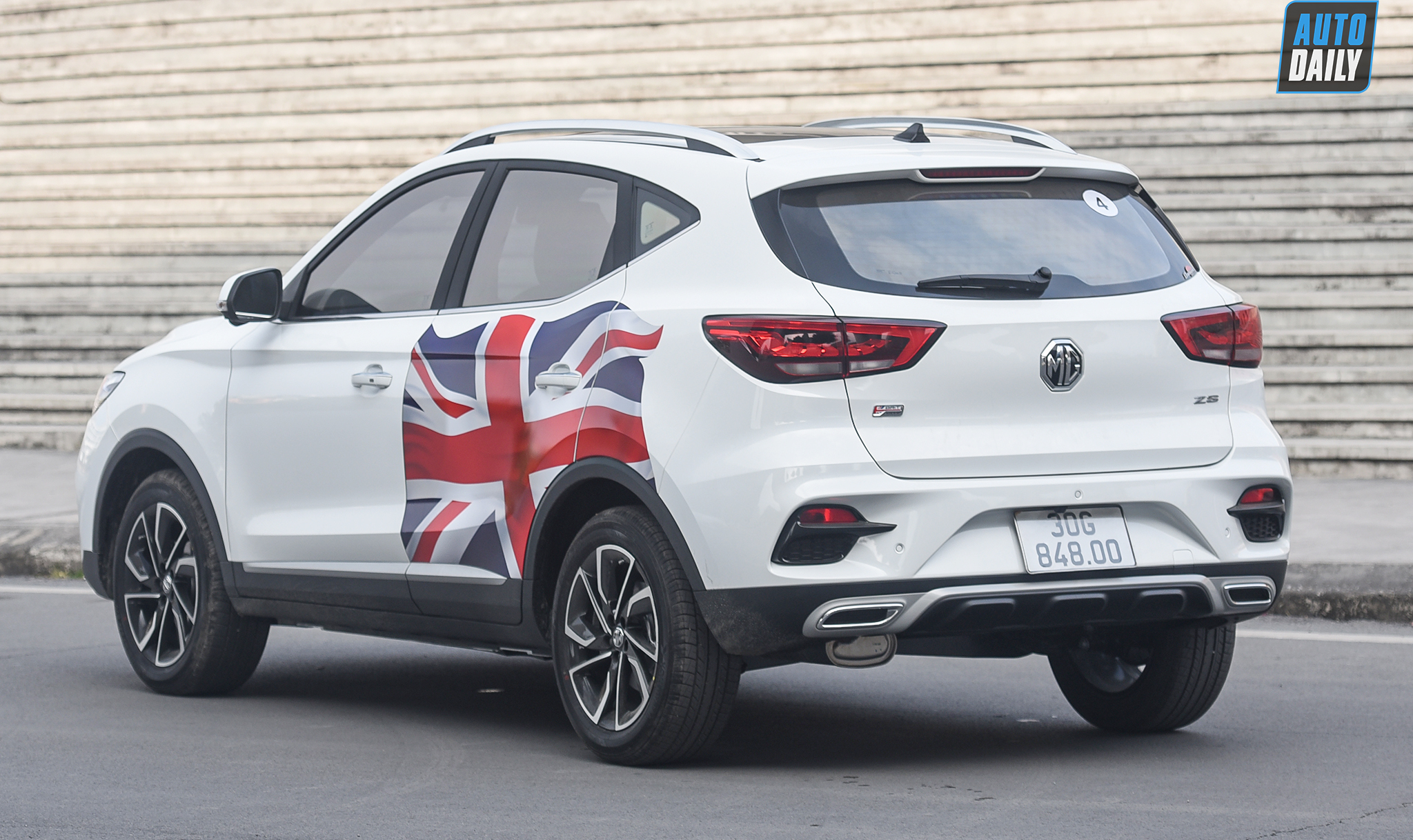 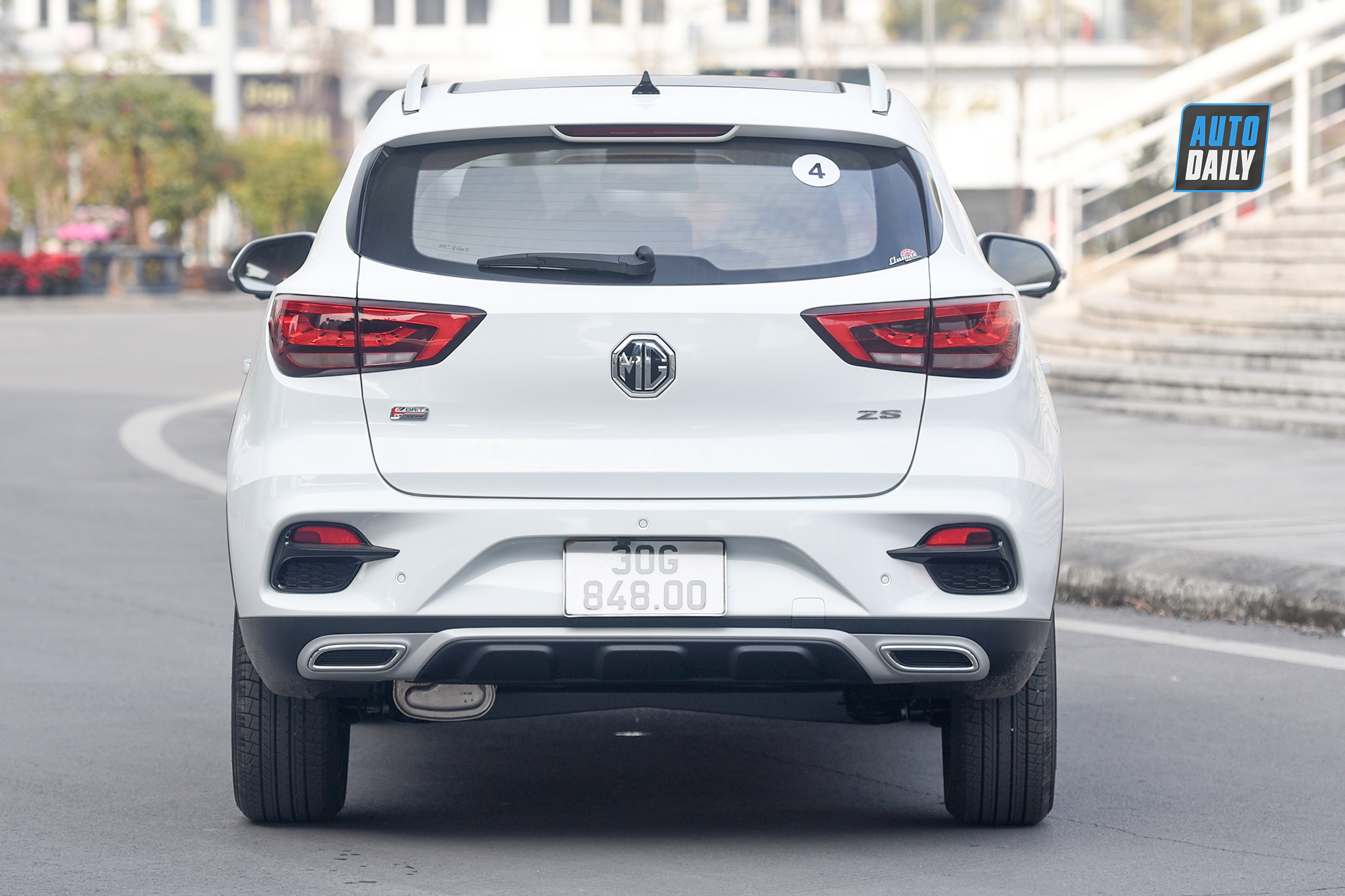 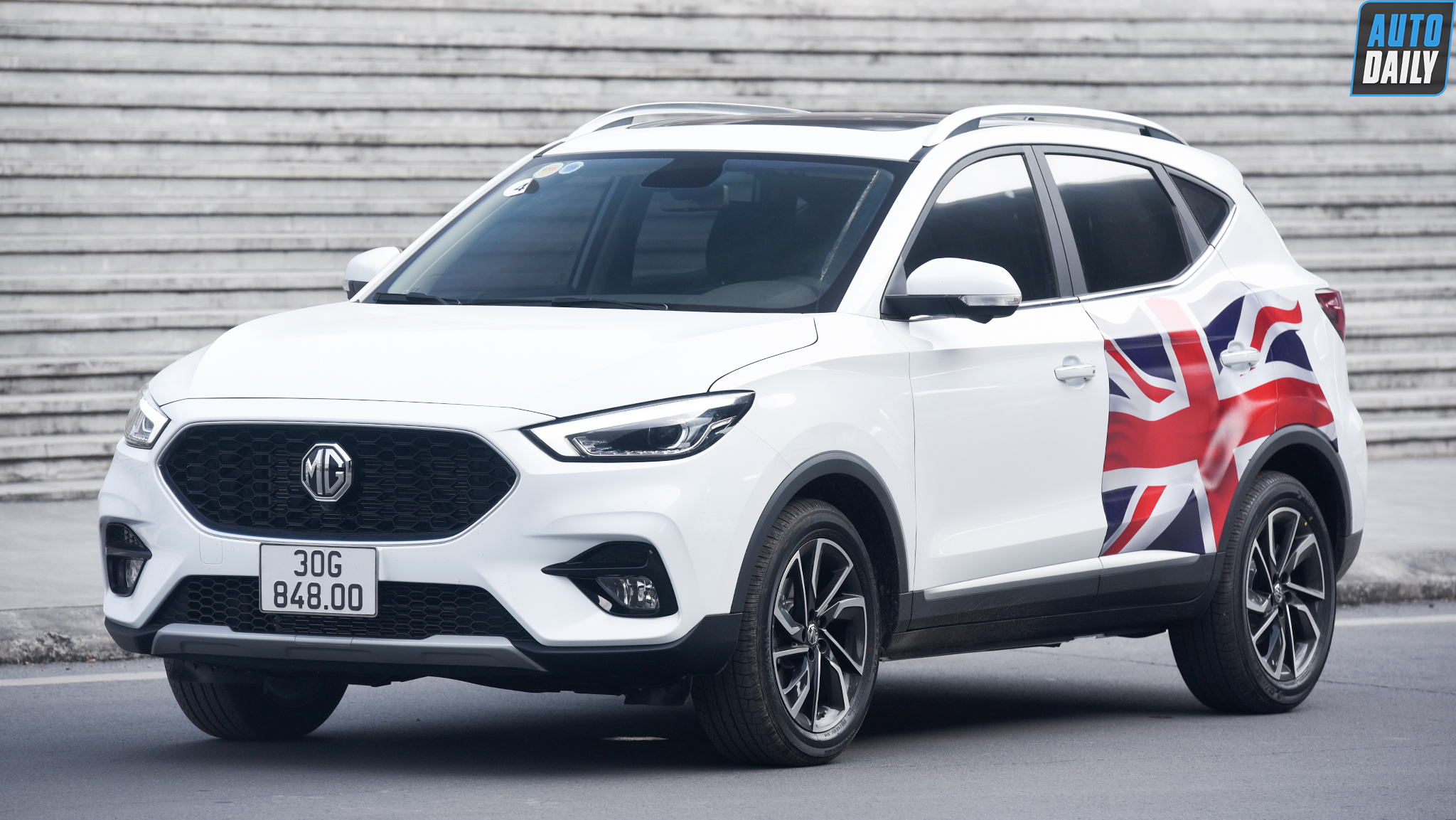 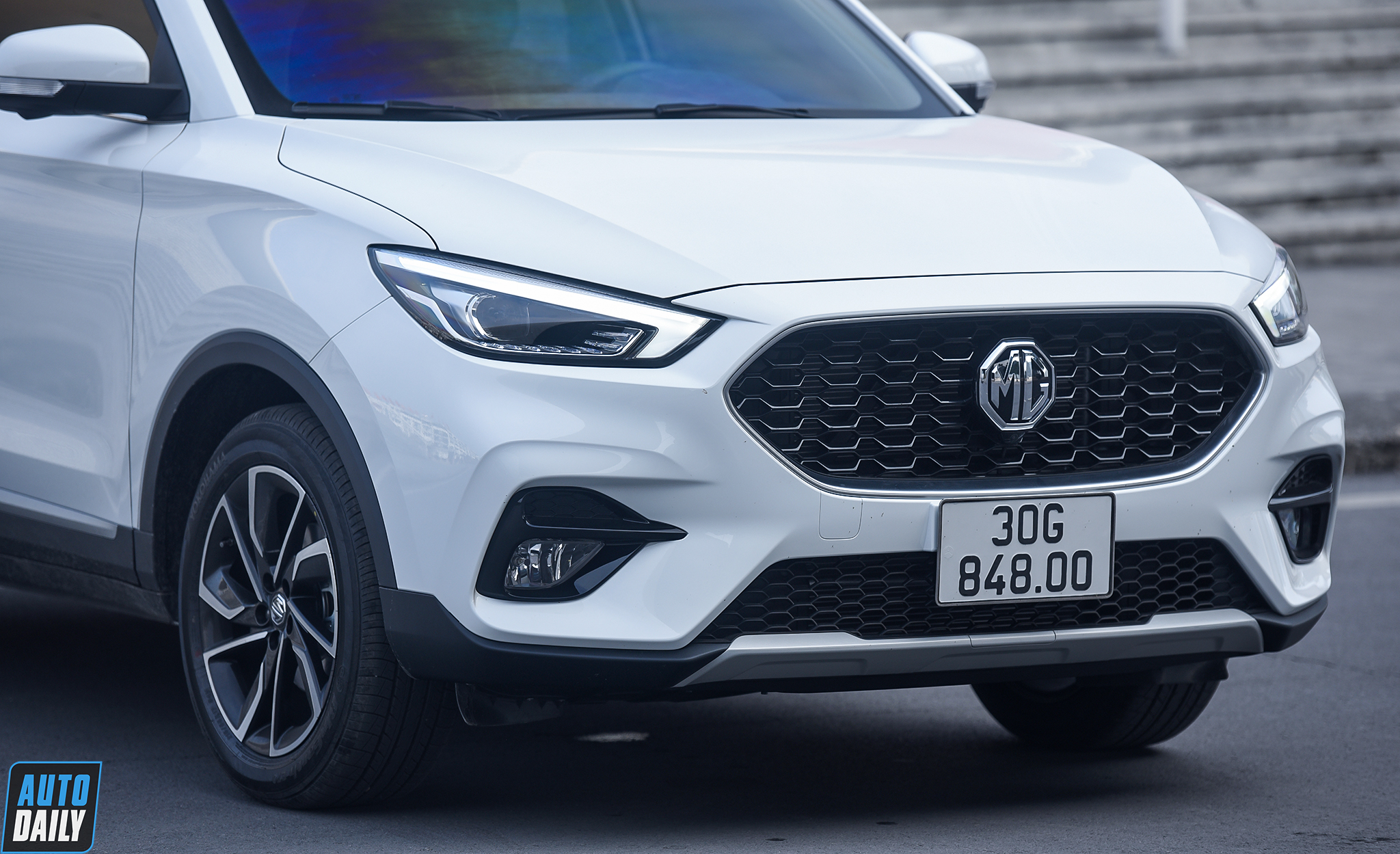 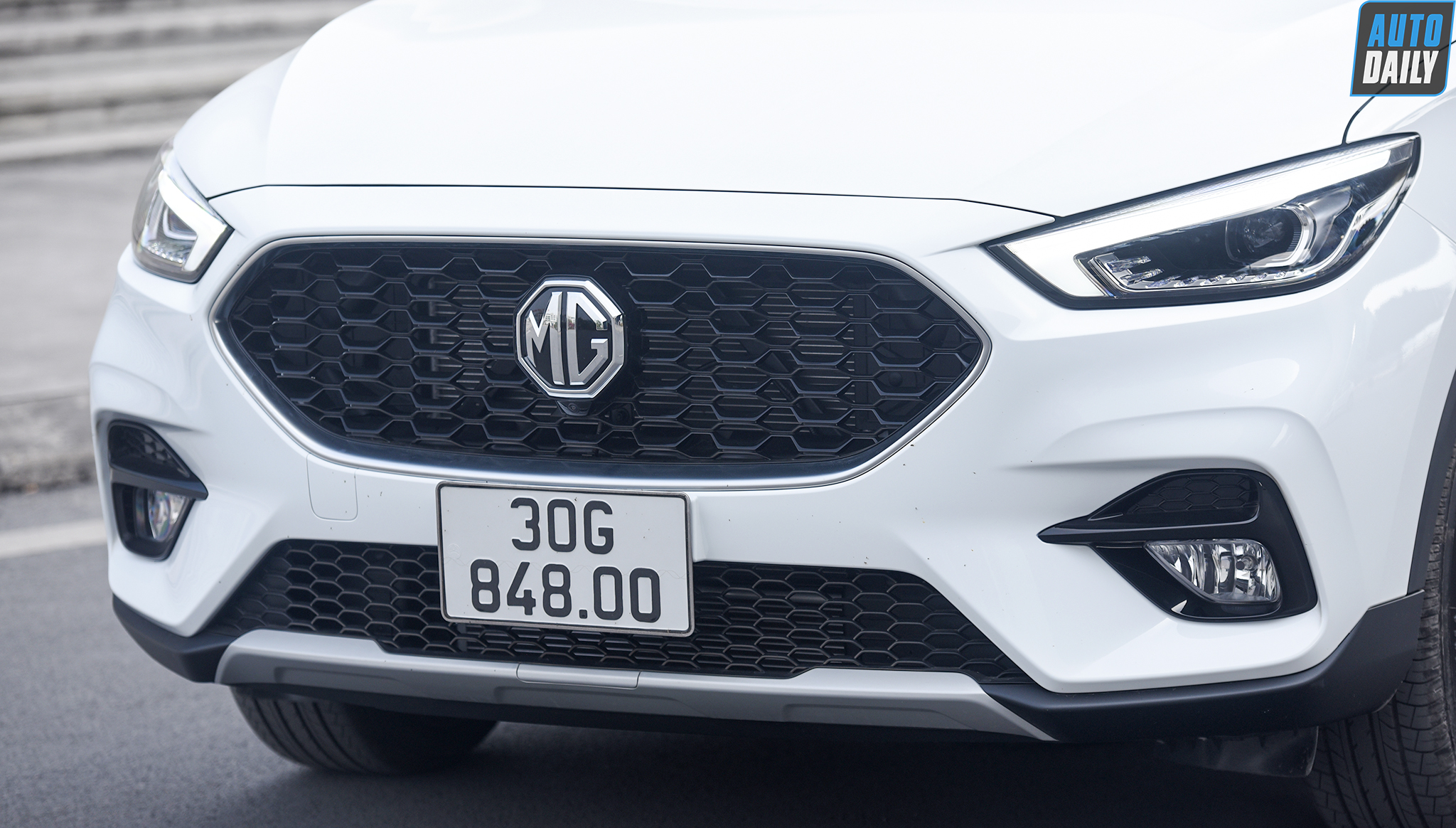 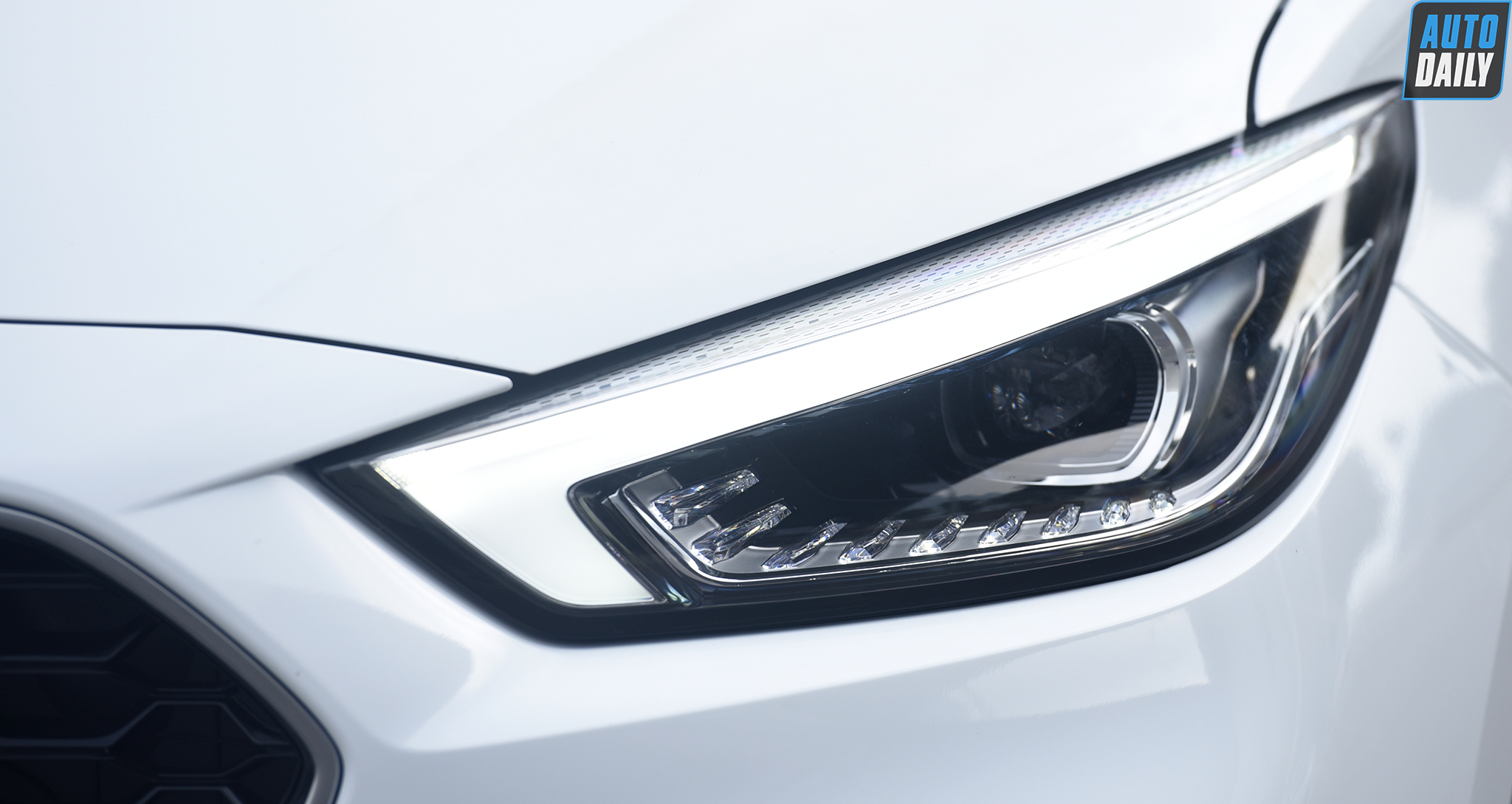 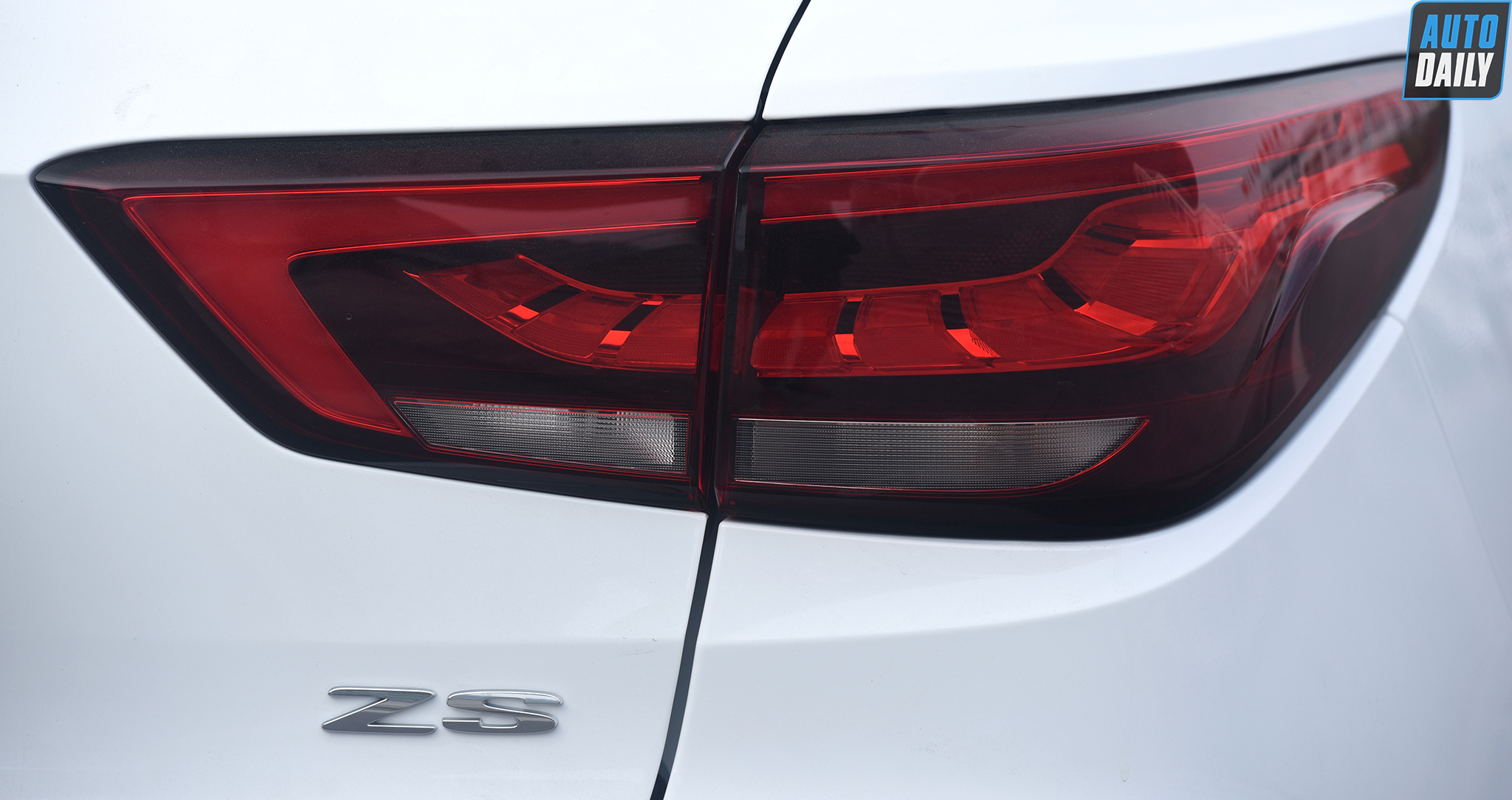