If you are looking for a phone with buffalo battery, fast charging but good game fighting ability, my answer will be a newly launched Realme phone called Realme 7 Pro. Let’s review Realme 7 Pro in detail in this article. 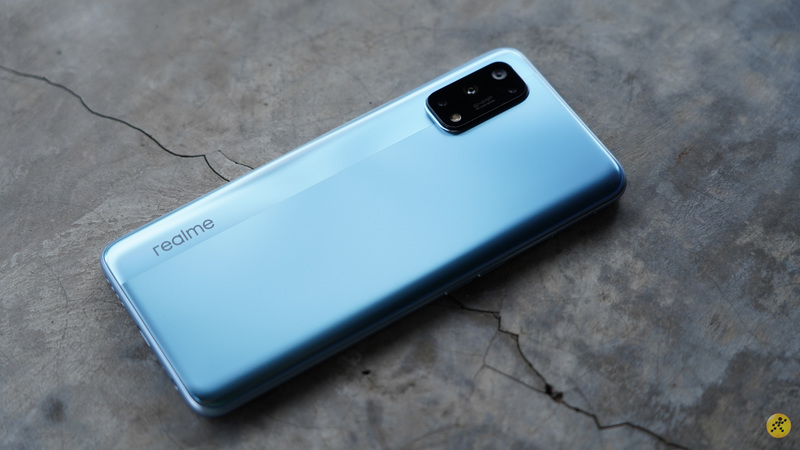 See also: Simple game rules, attractive gifts, join the minigame right away to get the chance to win the real Realme 7 Pro

Realme 7 Pro has more than 20 hours of battery life, 30 minutes of ultra-fast charging

First, I was really impressed with the battery life of the Realme 7 Pro. I use in conditions with 70% screen brightness, open wifi and other common applications such as Chrome, YouTube, Facebook, Coalition, …, the battery life measured by Prefdog software gives up to the number over 20 hours of continuous use. 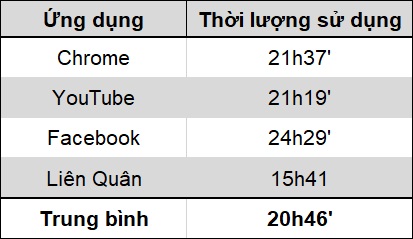 The battery life of the Realme 7 Pro measured from Prefdog.

Also, I still use the standard battery life rating with the following (consuming more battery) conditions: 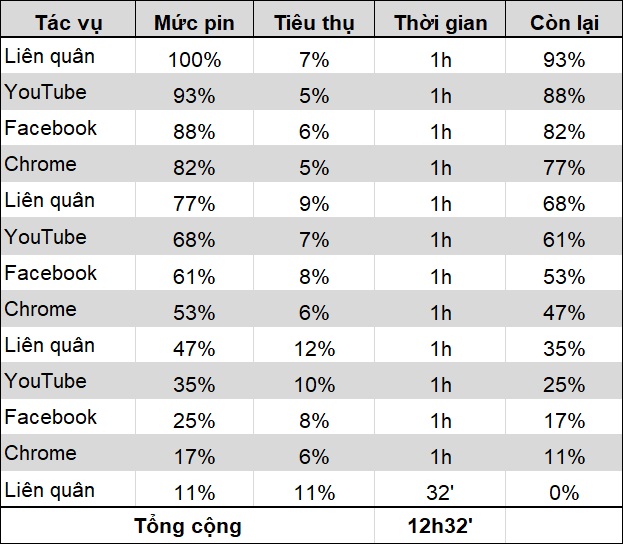 The standard battery life of the Realme 7 Pro.

Going back to the 65W SuperDart fast charger also made me feel more surprised when only 15 minutes fully charged more than 50% and took half an hour to fully charge the battery. 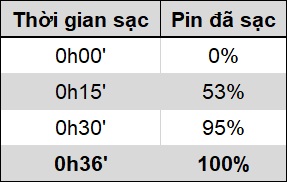 If you wake up one beautiful day, you forgot to charge the phone battery, just plug in for a few minutes while preparing your belongings to be able to use the phone for the whole day.

You may not know, Snapdragon 720G is the chip released after Snapdragon 730G and has a slightly stronger graphics performance. This chip is used on the Realme 7 Pro, which comes with 8 GB of RAM and 128 GB of internal memory. Let’s take a look at the power of Realme 7 Pro through a performance review from the famous Benchmark software. 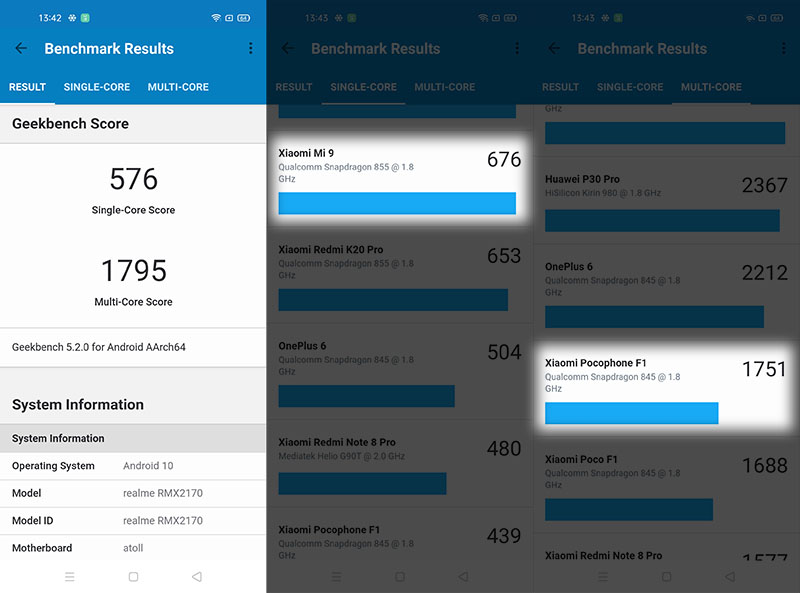 In the graphics performance, we can see Realme 7 Pro achieved 2,520 points and only slightly inferior to the graphics power of the iPhone 8. 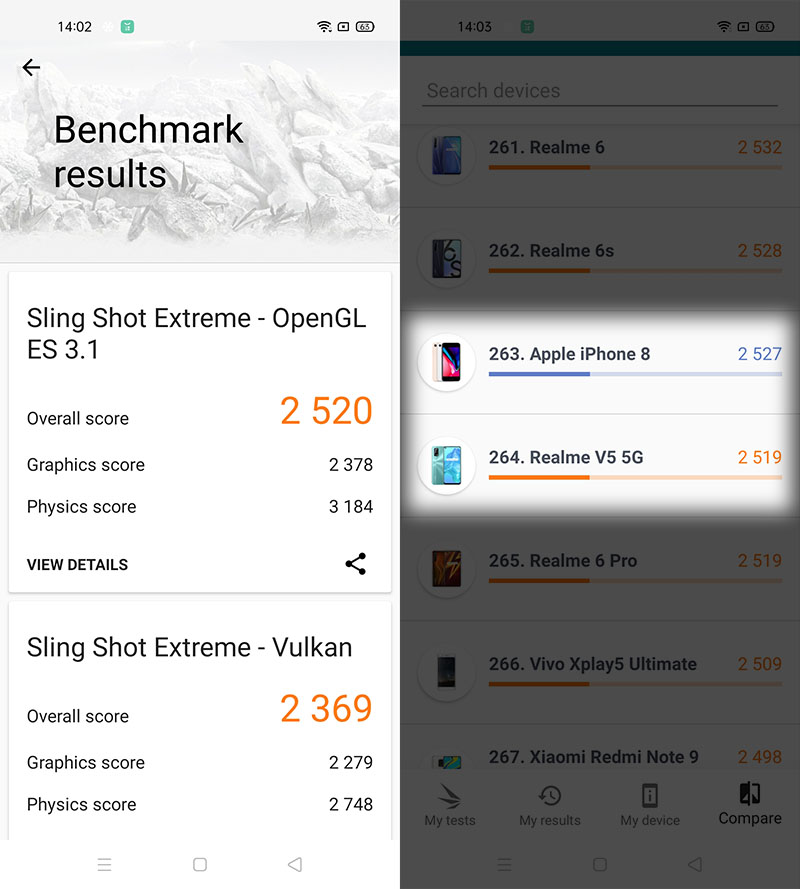 Thus, we have a mid-range gaming machine with the power to surpass the Snapdragon 845. I will continue to evaluate Realme 7 Pro’s gaming ability through famous online games, all data collected from Prefdog software you can see here.

Opening with Lien Quan Mobile at maximum configuration, Realme 7 Pro gives extremely smooth gameplay even when it comes to total combat, FPS only drops to 59 FPS.

In PUBG Mobile, I have decreased one notch to the graphics in exchange for 40 FPS. While the graphics quality looks a bit low, it’s still nice and clear in the 1.0 update. The best part is that when I play, I still feel smooth, whether it’s jumping while shooting or driving while shooting.

With its increasing graphics power, CODM easily pulls down the FPS of mid-range phones. Similar to PUBGM, in exchange for smooth gameplay, I still accept to reduce the graphics a bit. The game plays smoothly at 60 FPS graphics and for intense gunfights with precise shooting.

You can review the game configuration settings in your data to above to be able to play the games smoothly as I played.

Recalling a bit of the Realme 7 Pro camera cluster parameters include:

Photo taken from the camera of Realme 7 Pro in bright enough conditions for sharp image quality, but the colors are somewhat not very vivid. Under the same conditions, the wide-angle camera that captures a wider scene also produces more vivid and eye-catching colors.

You can see more photos taken with the wide-angle camera on Realme 7 Pro. 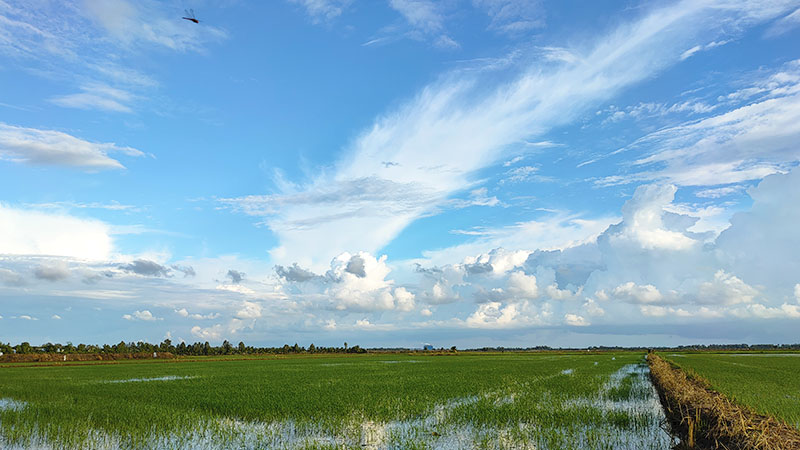 Realme 7 Pro’s lens clones capture the image of a dragonfly passing by. 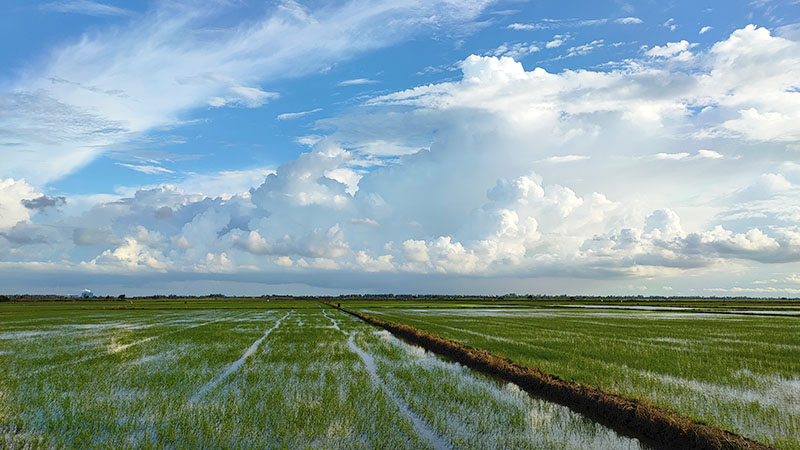 In backlit conditions, the HDR mode on the Realme 7 Pro works very well, balancing light and dark and reproducing realistic scene colors. Accompanying that is the shutter speed of the machine is also very fast. And again, the wide-angle shot gave me a better picture color quality than I used to be.

Switching to macro mode, in addition to the ability to capture sharp images, I also quite appreciate the color reproduction capabilities of Realme 7 Pro, making images look more vivid. 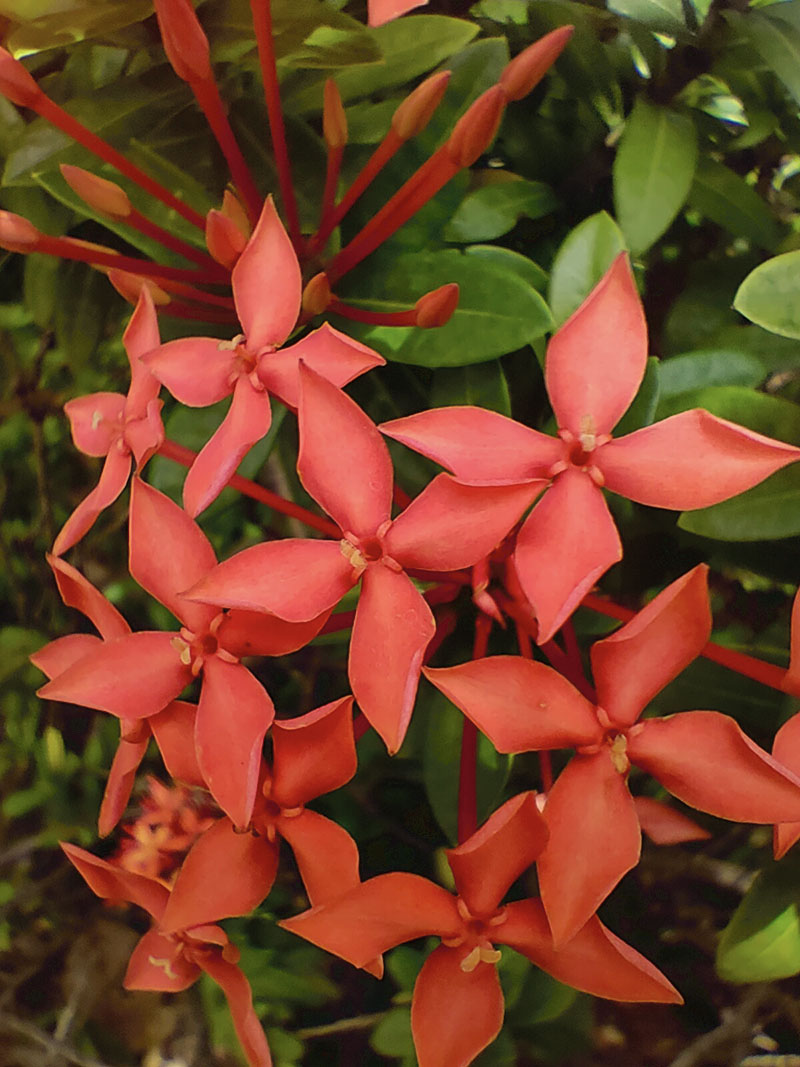 With the front camera to take a selfie, we can see sharp image quality, true colors. 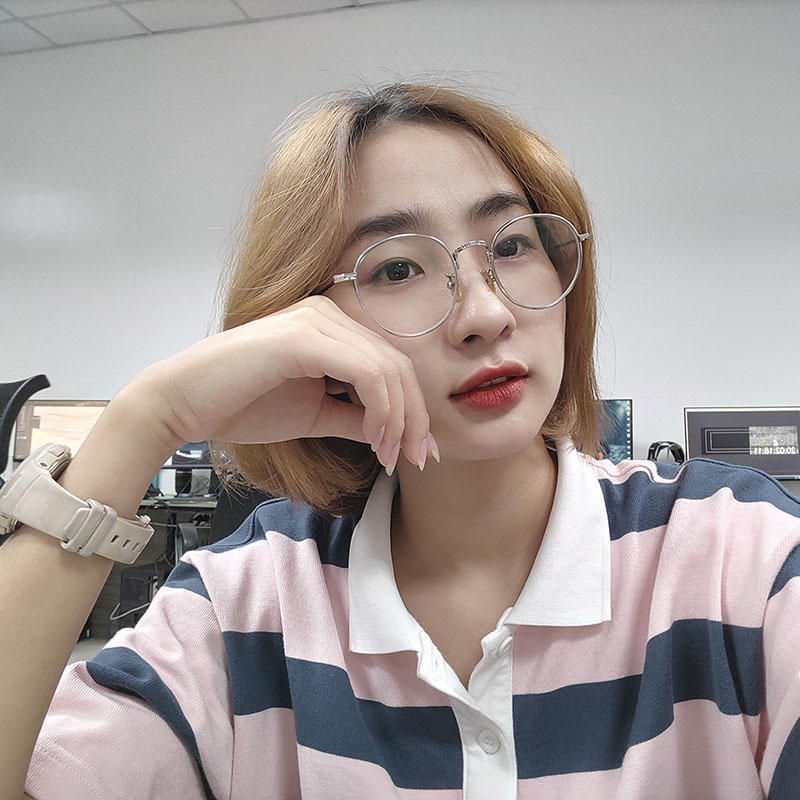 Perhaps not only many people but even myself when using the Super AMOLED screen will feel very excited because the images give vivid colors. Realme 7 Pro also uses this screen technology with a size of up to 6.4 inches, Full HD + resolution for sharp display quality. The screen of the Realme 7 Pro gives high brightness, very good outdoor visibility. As I said in the battery usage section, because the screen brightness is too high, I have to reduce it to 70% when using indoors to avoid eye strain. 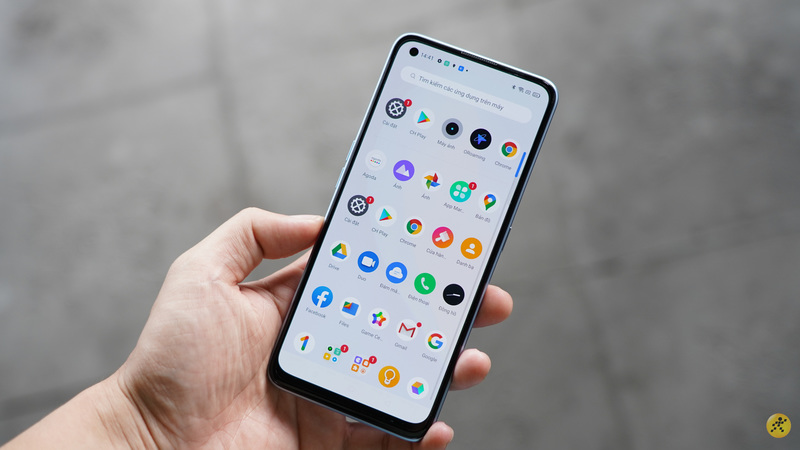 The stylish designs that I want to mention on the Realme 7 Pro include the modern punch-style camera as you have seen. Although the entire body is made of plastic material, but still feels a solid grip. The back of Realme 7 Pro will have two versions of silver and blue. 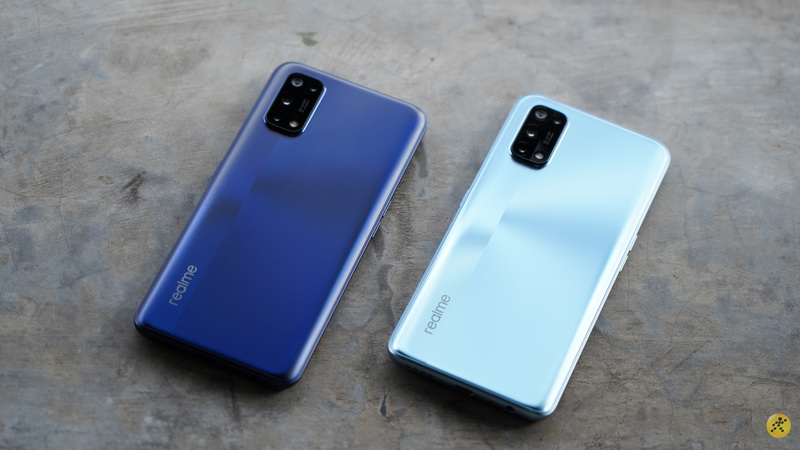 We can recognize the camera cluster is neatly placed in a rectangle behind the back, with a vertical cutout from the camera down as a highlight.

Realme 7 Pro’s answer is almost too clear. This is a buffalo battery phone, extremely fast charging, more than enough configuration to fight games with a beautiful wide-angle camera, a vibrant Super AMOLED screen.

So what more could you expect from a phone like the Realme 7 Pro? Don’t forget to leave your comments below. 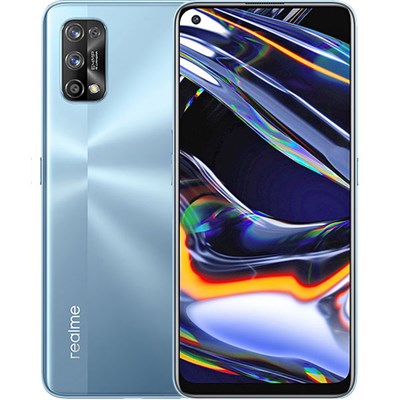 Post Views: 20 If you are wondering what to choose between iPad Air 4 vs iPad Pro 2020. Refer to this article immediately to see information about these two products. And choose the machine that better suits your work and entertainment needs. Modern and powerful iPad Air 4 with A14 Bionic chip Released in 2020, […]

Survey: 19% of professional photographers are considering a career change due to COVID-19 pandemic: Digital Photography Review

Post Views: 36 Lensrentals has published the results of its COVID-19 pandemic survey that’s attempting to gauge how the ongoing pandemic has been and will continue to affect the work and outlook of professional photographers and videographers (defined as making the majority of their income from photo and video work) around the world, many of […]

Post Views: 16 Kia Morning 2021 revealed the date to Vietnam, increasing the difficulty for the Hyundai Grand i10 and VinFast Fadil Although there is no official announcement about the Kia Morning 2021 model from THACO, some sales consultants have revealed that this cheap car will return to Vietnam by the end of this year. […]