The Realme family is thriving and 2019 marks a very important milestone. They were confident enough to compete with other brands across multiple segments. Realme has also started to refresh its hardware from here and the first milestone is Realme 5S compared to the previous Realme 5. First we have seen a trendy 48MP main camera that replaces the previous 12MP lens of Realme 5.

What else is new? Please see the detailed review below for more details.

In terms of design, Realme 5S has not changed much compared to Realme 5, it retains the size, shape and weight. It still has a plastic body combined with Corning Gorilla Glass 3 front and the back uses a striking glossy plastic.

Some of the changes are a new color on the 5S model, which is quite gaudy Crystal Red. There is also a smaller teardrop notch than the Realme 5 model.

Structure rounded cutting corners, the edges make the feeling of grip still very great. The grip of the case is very good so it is quite safe to operate with one hand.

As with the Realme 5, the 5S is also water-resistant. It can withstand sweat and travels in light rain. If this Realme 5S falls into water or under heavy rain, there’s no guarantee it won’t be waterproof. 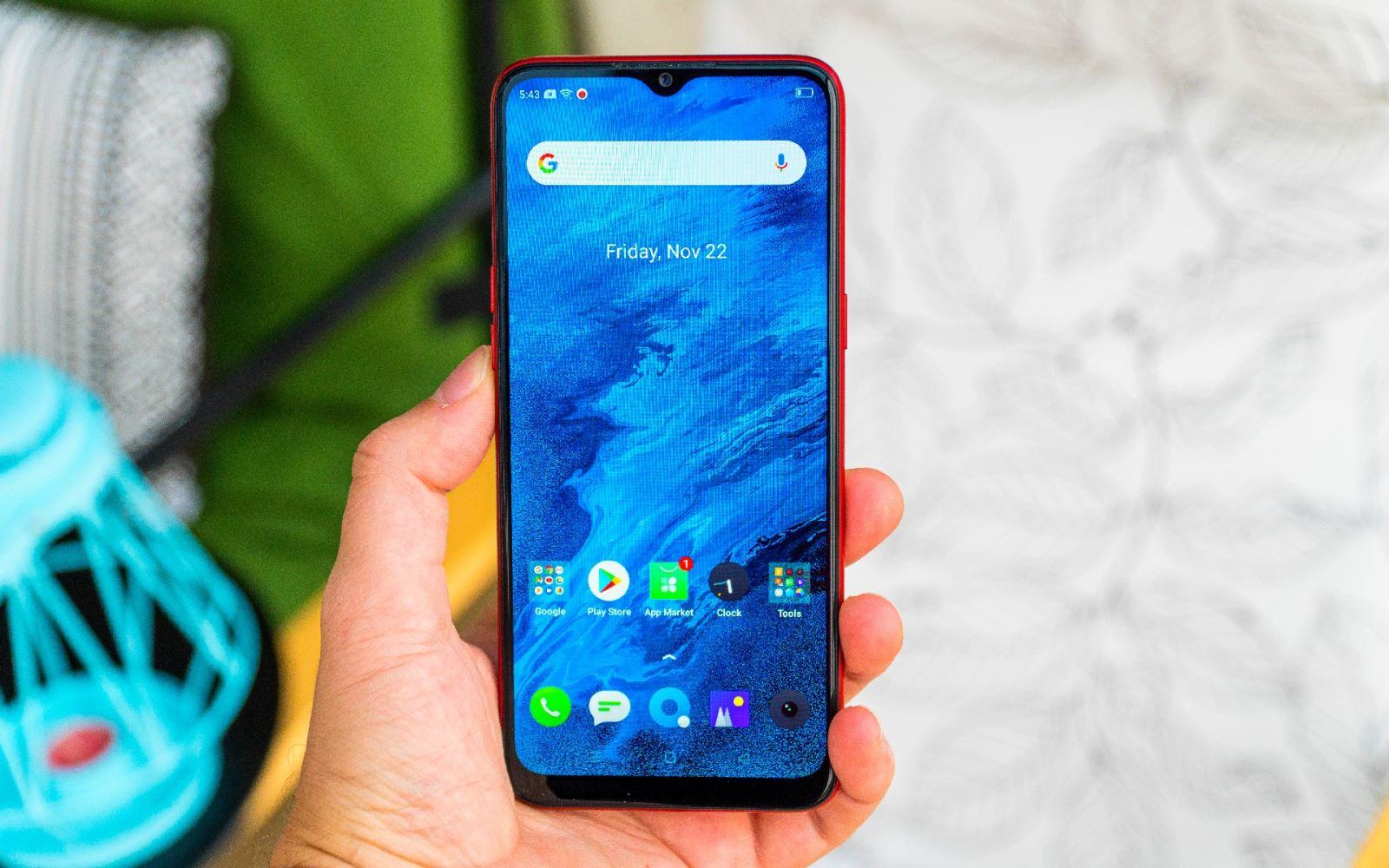 It’s a 6.5-inch screen that’s big enough to be a flagship smartphone. The screen remains at 720p resolution which means keeping the resolution low to increase the smooth gaming ability of the chipset. Above is a waterdrop notch with a 13MP selfie camera, which is smaller than the notch of the previous Realme 5.

Above the notch is a long thin speaker strip, located in the screen contact slot and chassis and it seems to be invisible. The sides and top edges are quite thin but there are still black lines that cannot yet overflow. The chin is still thick, not much different from Realme 5. 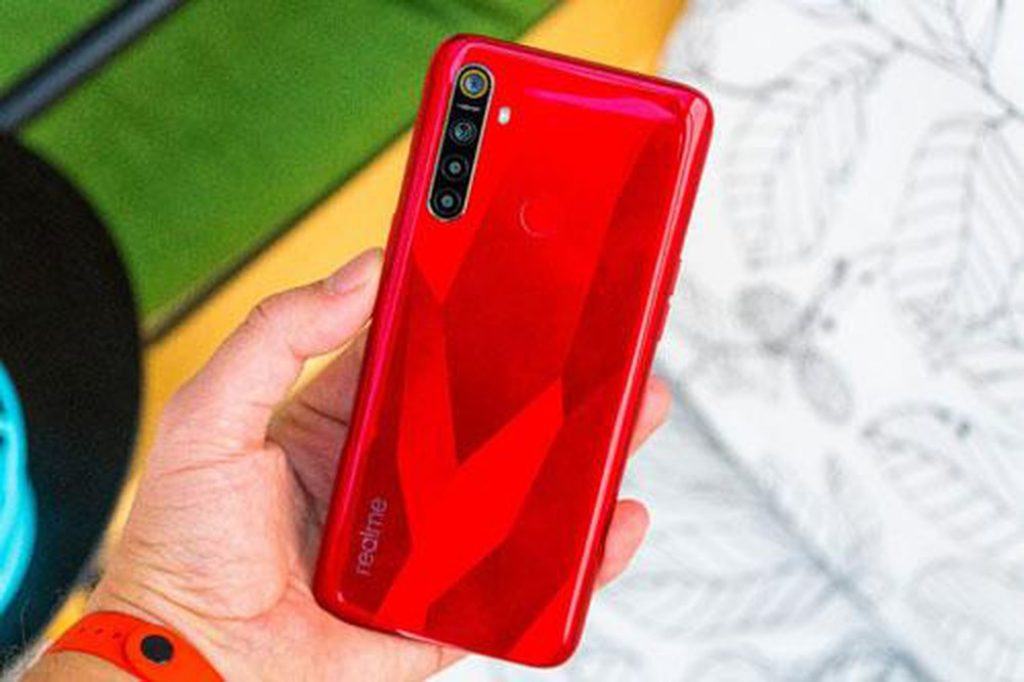 You can distinguish the design of Realme 5 and 5S thanks to the back side. You will find that the 5S’s 4-camera set has an additional 48MP lens as the main lens that is prominently printed right below the camera. In addition, the position of the fingerprint scanner is set a bit higher than usual. As such, you may need some time to get used to a high fingerprint position if your hand is short.

Another interesting thing is that the case has a more colorful version of Crystal Red, but it is very young. Most glossy designs will leave a fingerprint, but with this machine it happens quite a bit.

Going around with the frame we can see that the right edge is a single power button, which feels good to bounce. On the left side is the volume up button and the sim card slot, we have 3 card slots which means you can still use 2 normal sims and still expand the memory.

The upper edge has only the output of the infrared control. The bottom edge has a 3.5mm headphone jack, speaker grille and USB charging plug in the middle.

The Realme 5S still uses IPS LCD technology with a 6.5 inch HD + display (720 x 1600px) and a modest pixel density of 269 ppi. So if you look closely you can still see the aliasing next to the application icon. However it is okay to use in this price range. 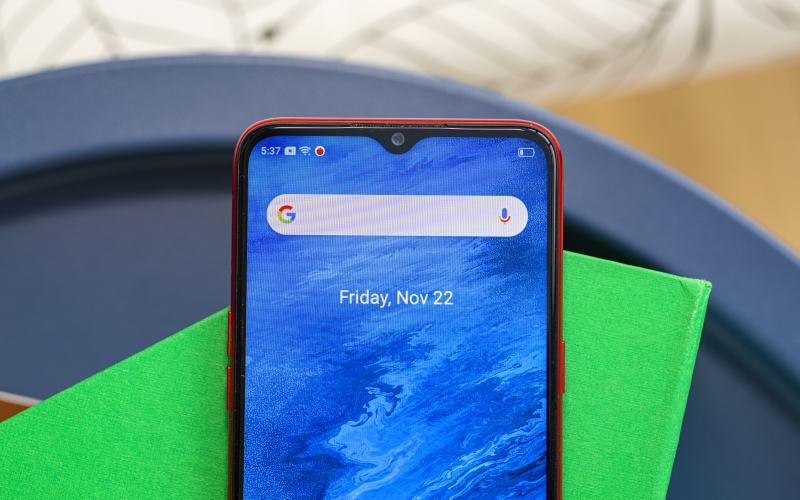 The screen is almost unchanged from the Realme 5 so it is not too bright to use directly in the sun but it can be used comfortably outdoors. Its screen brightness is 487 nits, the minimum brightness is still 1.8 nits so you still use comfortably in the dark without dazzling.

Speaking of color reproduction accuracy, the Realme 5S is not so great, but in the low-end segment, it cannot be demanded too much.

Currently, Realme 5S is still using Android 9.0 with ColorOS 6. However, Realme has a promise that it will update most of its phones including Realme 5 and 5S to the new Android 10 operating system. Mostly and ColorOS 7. So most of the software we evaluate here may change until the phone is in your hands, but it’s only better. 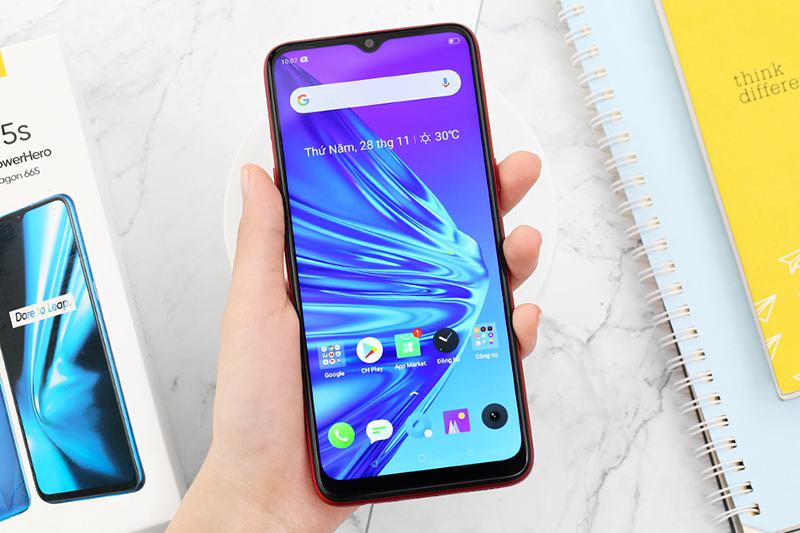 These navigation gestures still probably won’t change when there’s an update because these are the basic navigation of Android 10 seen on high-end phone versions.

The Realme 5s runs on the fairly new Snapdragon 665 SoC, which aims to be a significant upgrade over the Snapdragon 660 chip by saving costs and energy while increasing performance, both SoCs are performing quite well. same. And the main advantage of Snapdragon 665 over its predecessor is the 11nm manufacturing process that allows to reduce power consumption and reduce heat during loading. 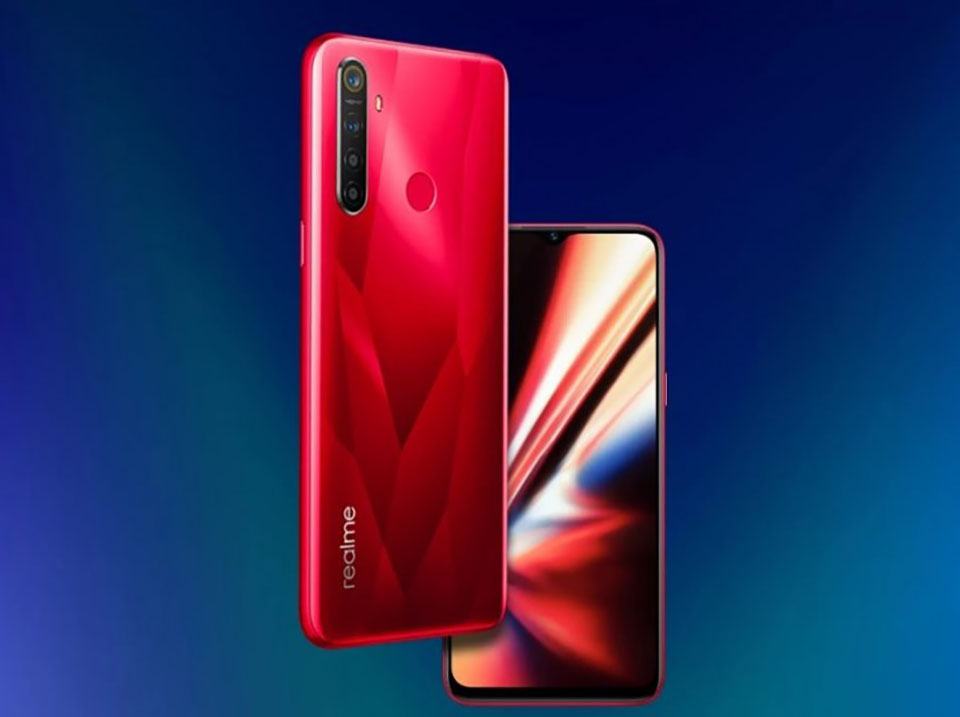 The chipset uses an eight-core CPU based on the Kryo 260 Gold 4x 2.0 GHz core and four Kryo 260 Silver cores clocked at 1.8 GHz. On the CPU side, the chipset performs better than most similarly priced rivals.

The Adreno 610 is in charge of graphics-intensive tasks, which is not a leap in performance, but requires less power. The GPU also works very well because the low screen resolution is suitable for gaming, so the Adreno 610 doesn’t have to deal with too many pixels.

In terms of general benchmarks, Realme 5S is similar to Xiaomi’s Realme 5 and Redmi Note 8. Of course, it is still far behind Realme 5 Pro. But overall, the benchmarks say it works very well in this price range.

It is similar to Realme 5, the 5s’s ability to play games is also very good compared to rivals at the same price. A low-resolution screen consumes less power, a 5,000 mAh battery and a powerful Snapdragon 665 chip is enough for you to overcome gaming challenges. 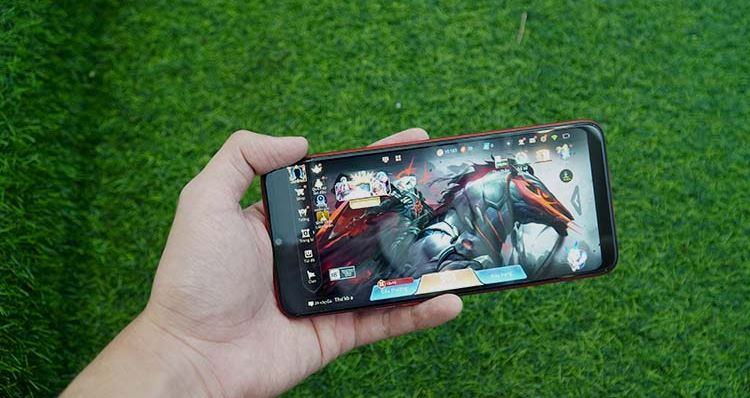 As we said at the beginning of this article, this Realme 5S has a slight upgrade of the main camera lens compared to the Realme 5. It is the 48 MP lens that replaces the previous 12 MP lens. With Realme 5S you can expect better images with a fairly bright 48MP, f / 1.8 sensor. Sensor size is 1/2 “with 0.8 pixels. 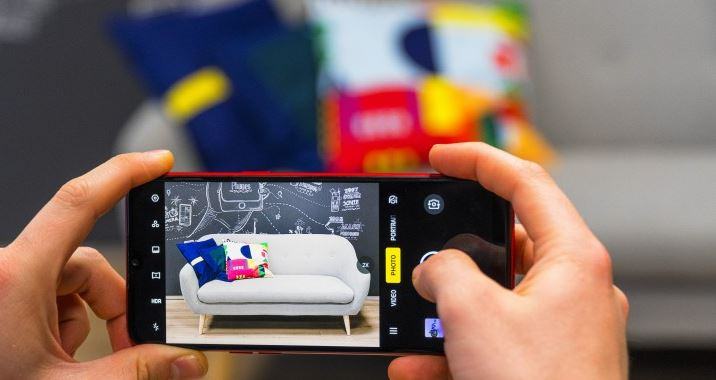 The ultra-wide camera is still at 8MP with f / 2.2 aperture and the dedicated macro lens remains the same – 2MP, f / 2.4. The fourth camera is only a 2MP depth sensor. The selfie camera also hasn’t changed with 13MP sensor and f / 2.0 aperture.

The Realme 5 has a decent main camera, but the Realme 5s is confident to deliver a better experience in this regard with the upgraded 48MP main sensor that effectively shoots at 12MP thanks to the so-called pixel-bin. And the upgrade is clear from the daytime photos themselves. The new camera creates significantly better image details and is significantly sharper. 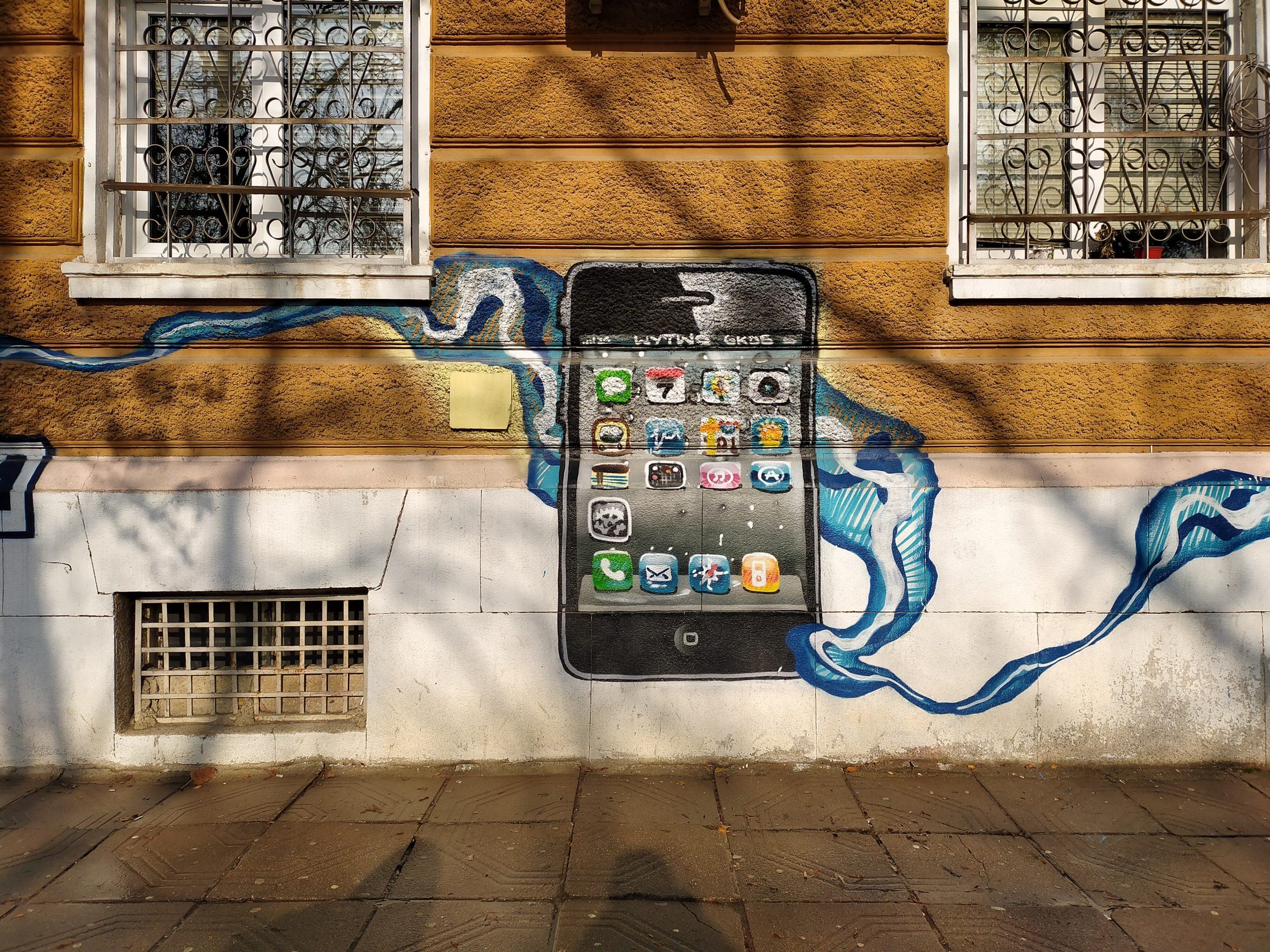 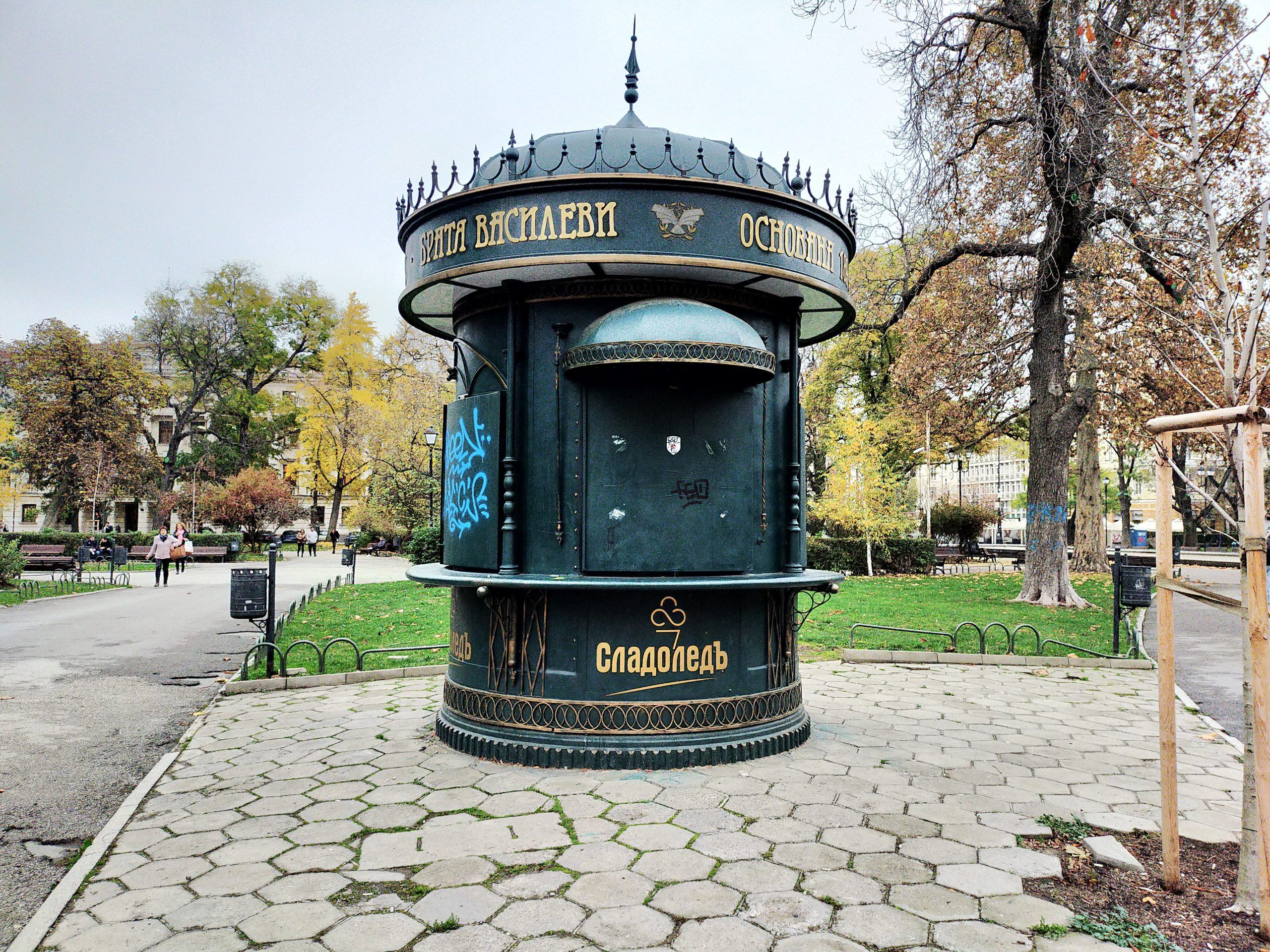 You can also take pictures in 48 MP mode, but it doesn’t give you much advantage. More detail means noise will be more prominent, so you should choose the default mode to shoot 12MP images. It will give the image similar quality but much softer storage. Below is a picture taken in 48MP mode. 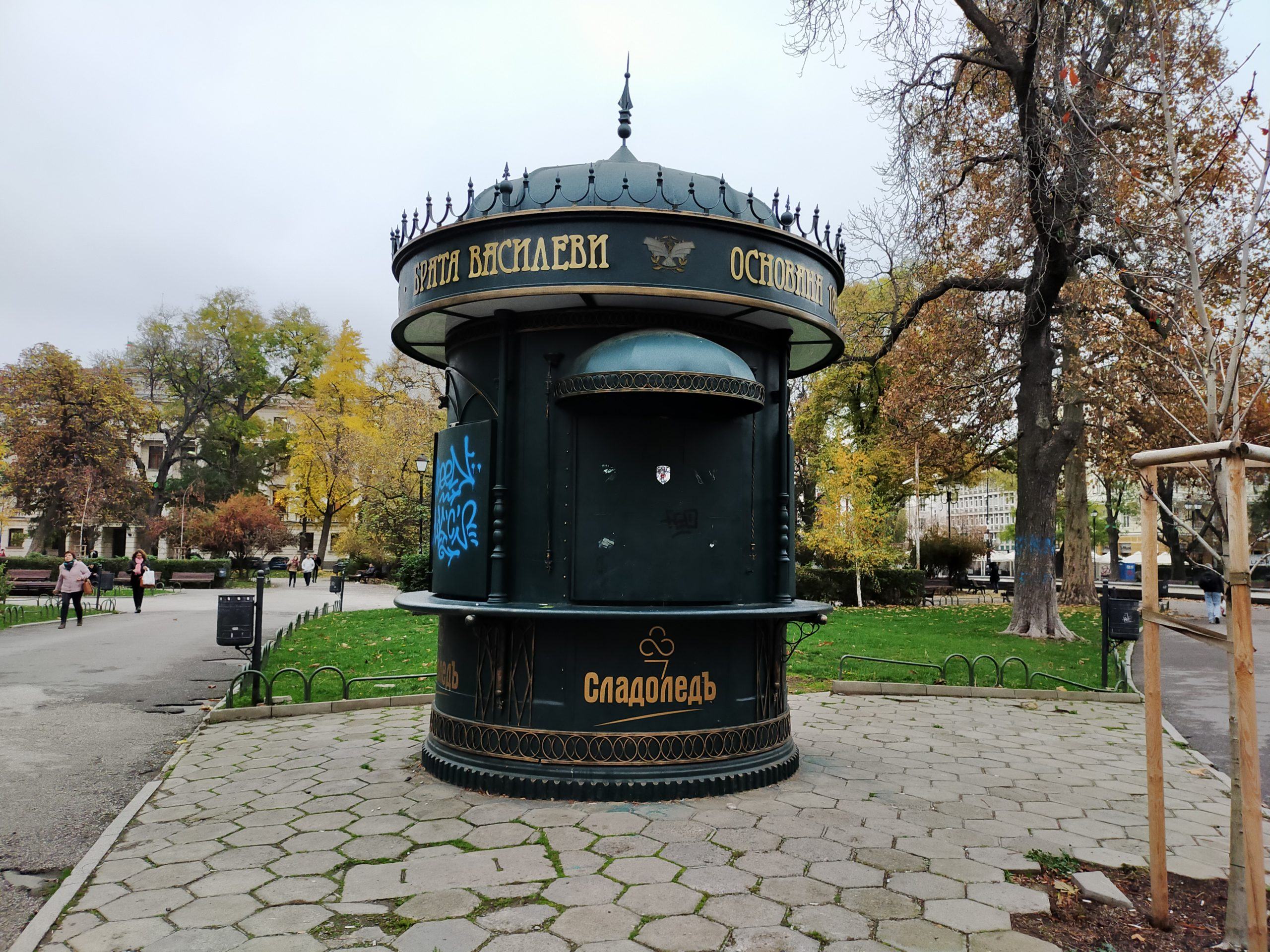 The 119-degree ultra-wide camera on the back provides a lot of the same experience as the Realme 5 but it has a narrow dynamic range and poor detail. However, those distortions are well corrected by photography software. 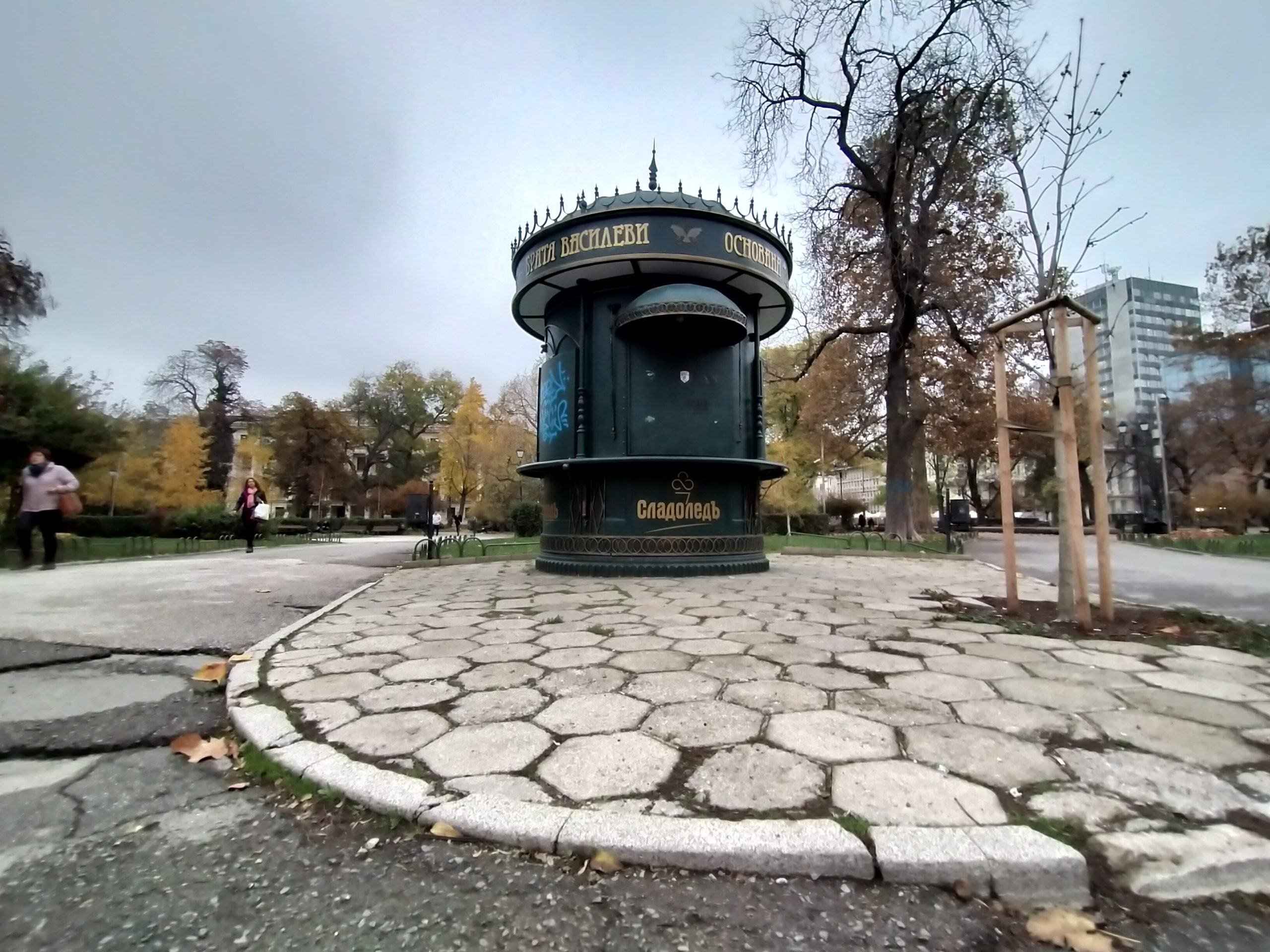 The dedicated macro camera allows you to shoot close to the subject but the level of detail is quite lacking. Ideally, you should make the most of the 48MP main lens for taking pictures and cutting the image, which will have a higher definition. 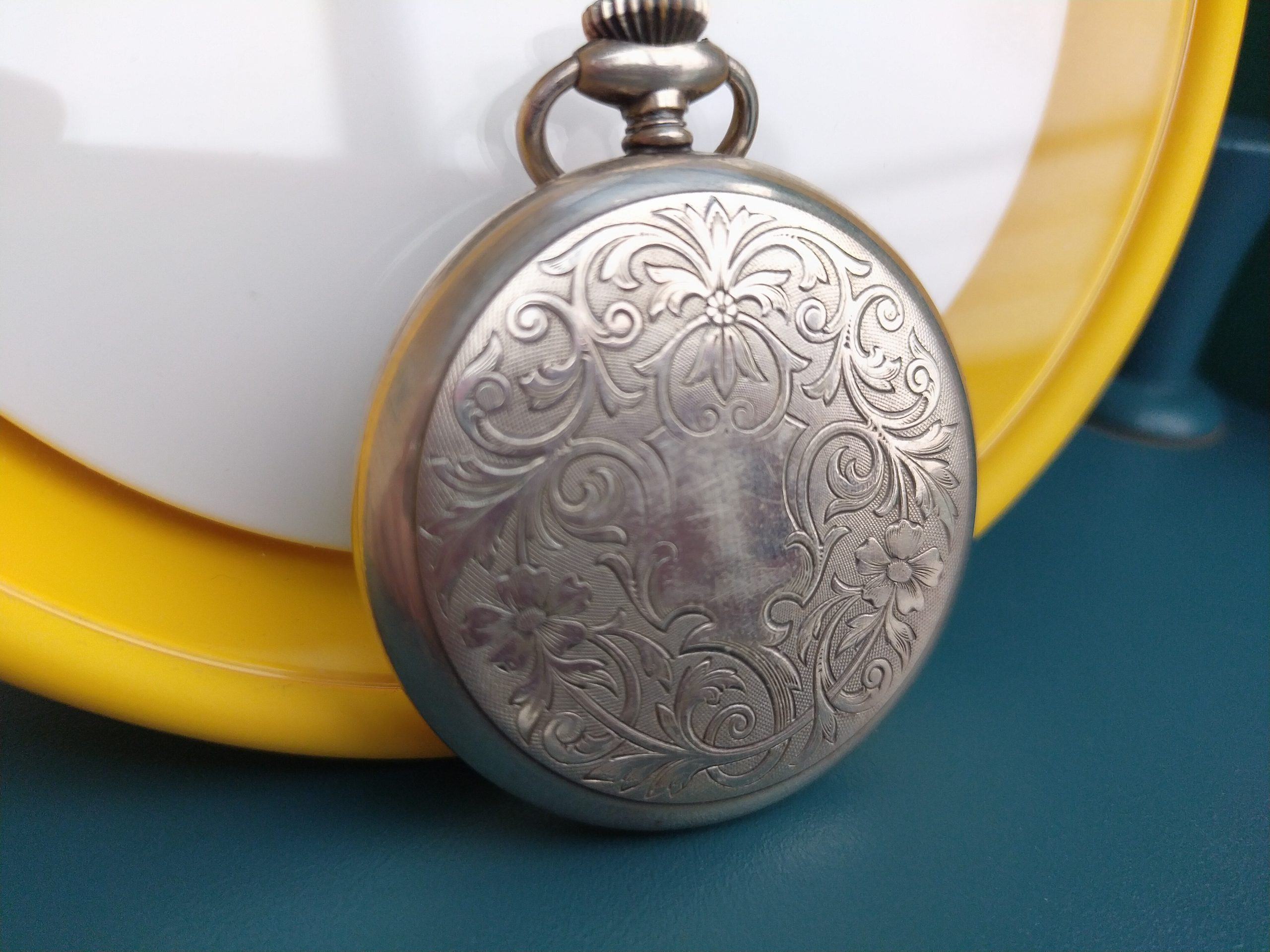 The image quality in low-light spaces has not improved much, but the strength of the 48MP camera is still visible in places where it is lit. It solves all the details in well-lit buildings. 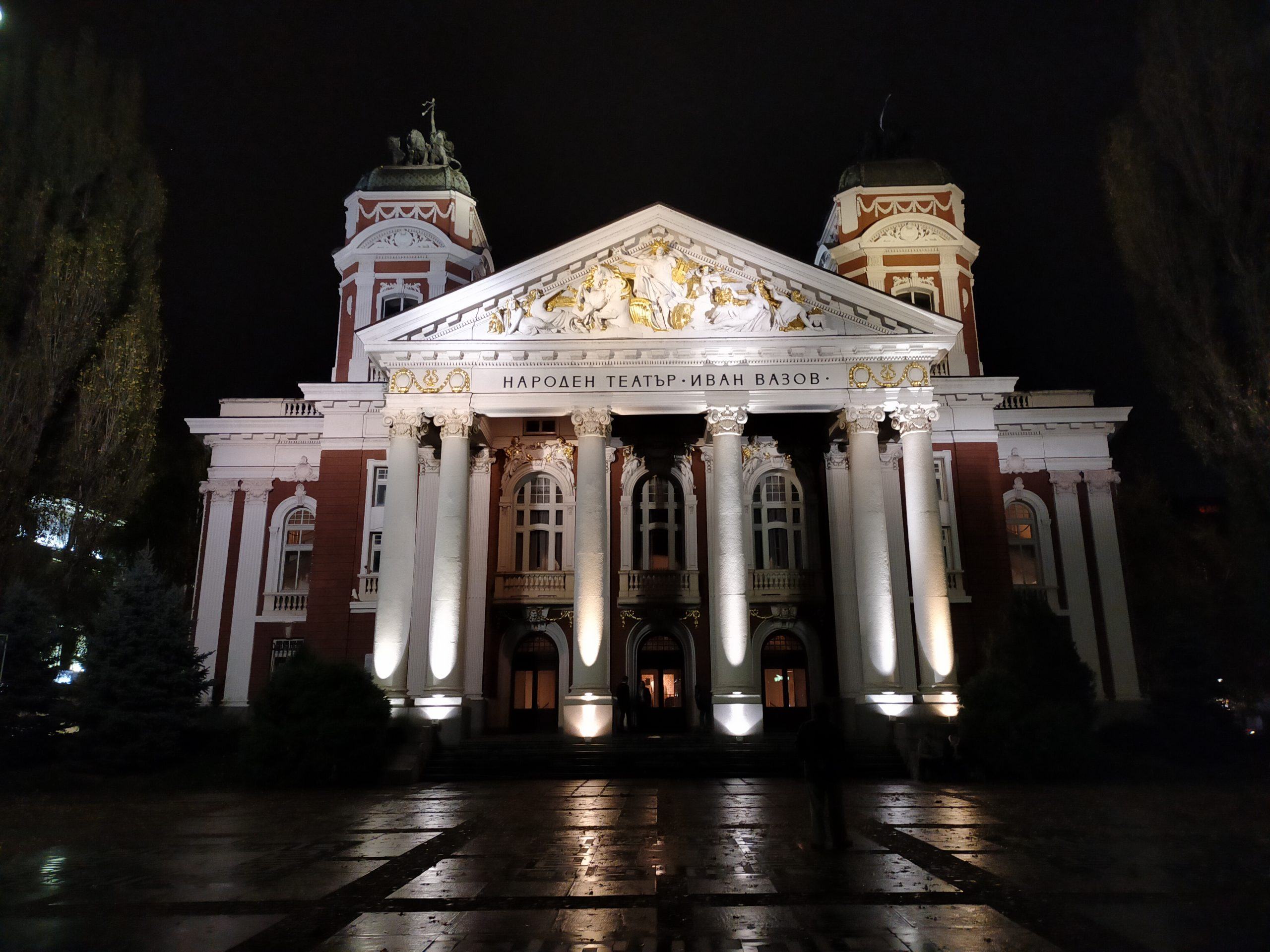 But if you turn on Nightscape mode, then the error of dark image will be corrected very well. Dynamic range is much improved. Highlights and light sources look pretty good and natural. 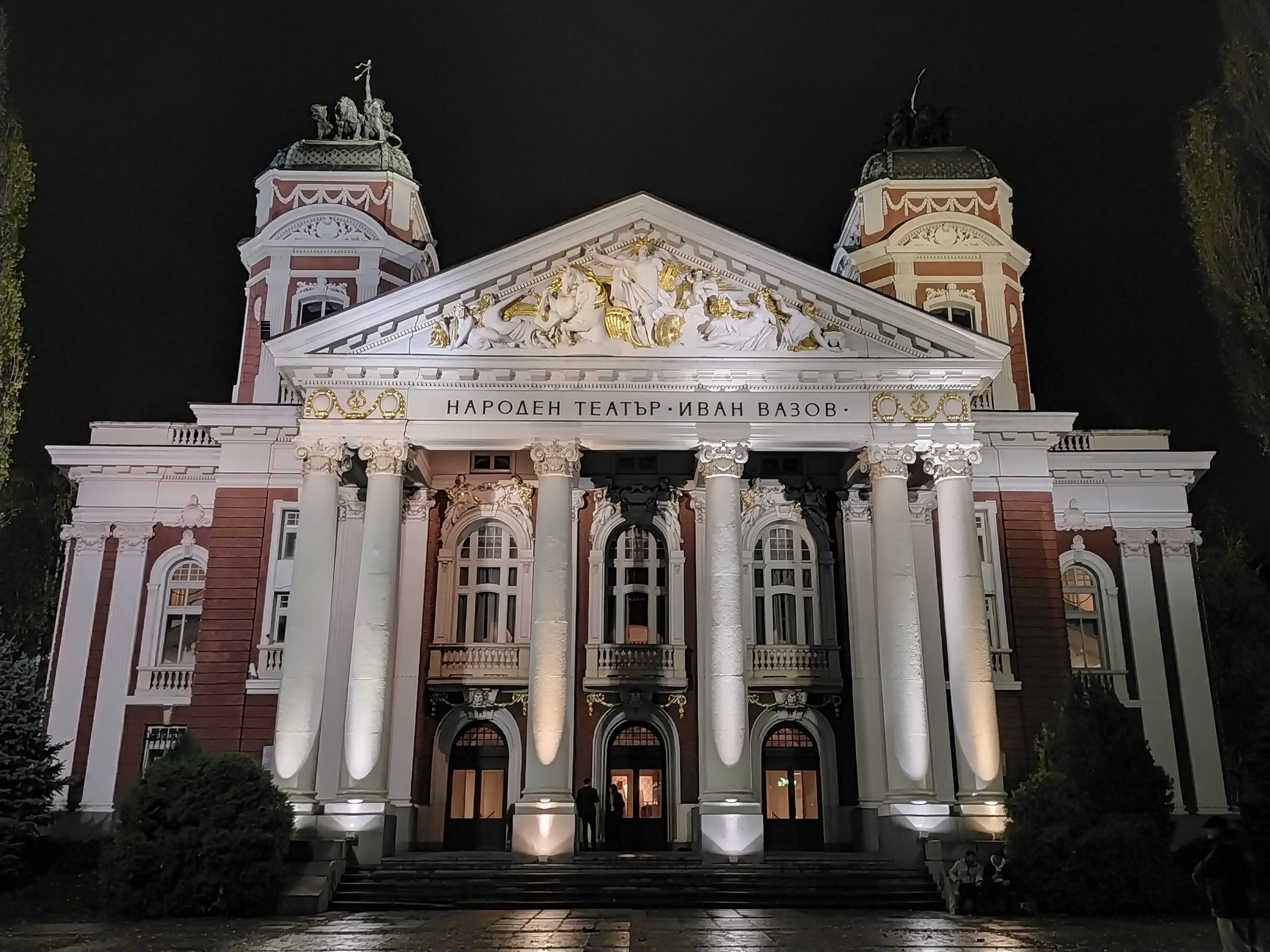 The ability to take portraits

When the space is bright enough, the phone is capable of producing beautiful portraits with a 48MP main camera and a 2MP portrait sensor. Actually 2MP lens is a depth sensor but Realme says it is also used to adjust the contrast. 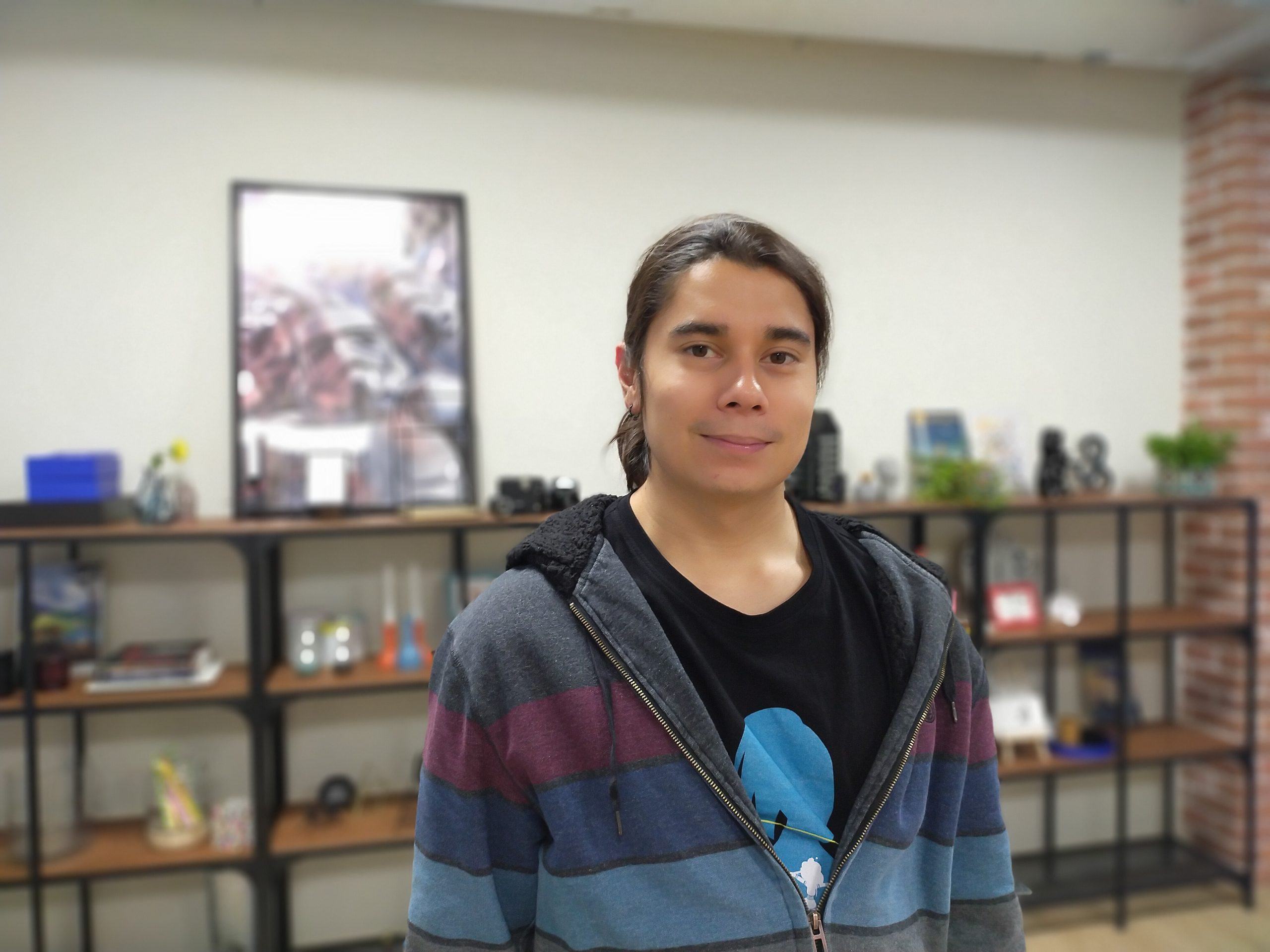 Finally, the camera can blur the background quite convincingly, the ability to detect subjects with edges is very impressive. However, when the light is weak, the image will be weaker and lose the contours of the edges.

Selfie camera has a fixed focal length so the ability to focus is quite difficult. But if you take photos in focus, the images are quite nice, fine details and wide dynamic range. Portrait photos are also surprisingly good. 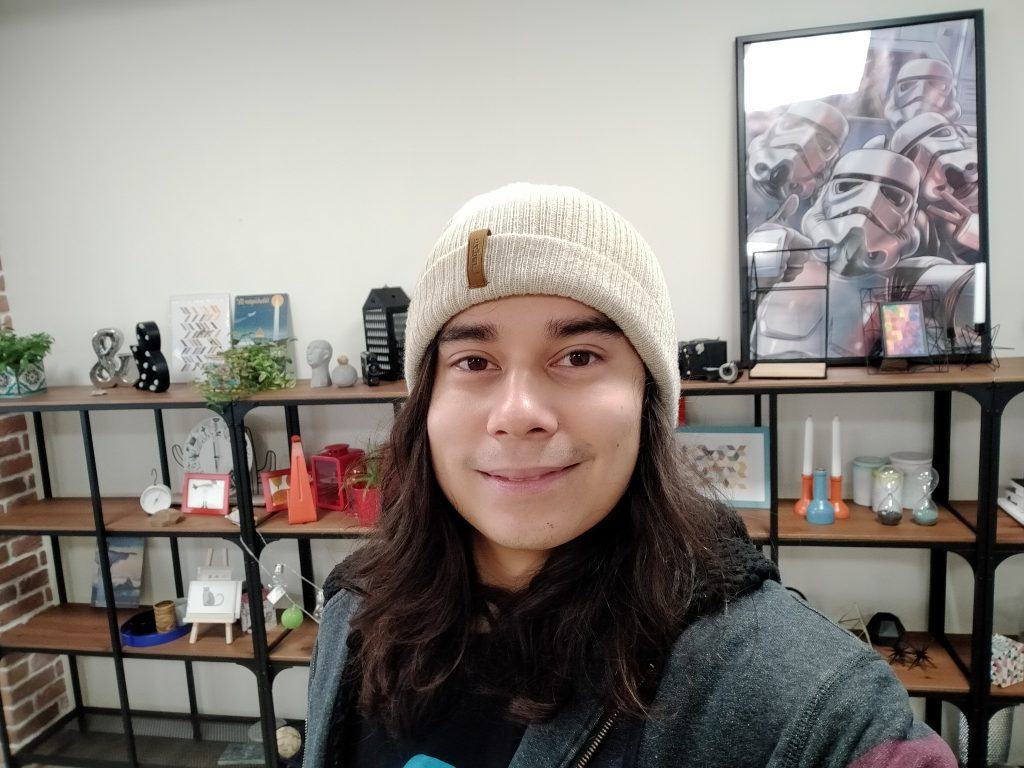 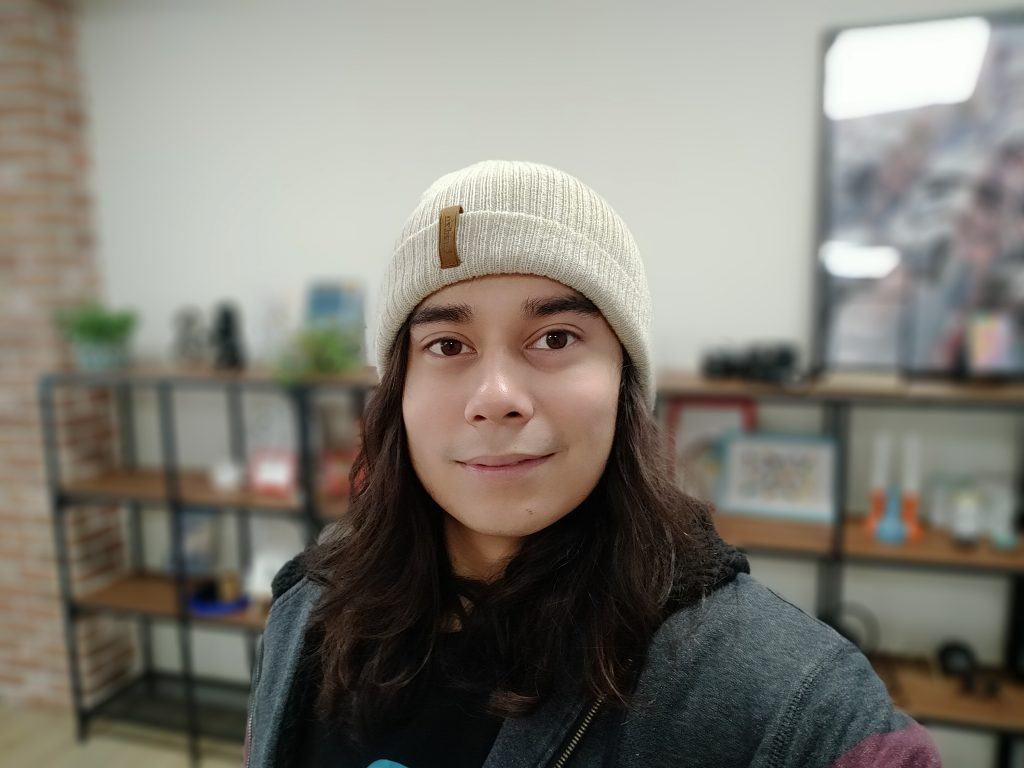 4K video looks impressive with a great level of detail, wide dynamic range, regardless of the shot. Outstanding colors and moderate contrast while noise can be recorded. That’s undoubtedly one of the best 4K videos in this segment.

Like Realme 5, Realme 5S is also equipped with super battery “buffalo” 5000 mAh. If you use with normal applications, maybe 2 days without charging. The maximum battery standby time is 144 hours, which is more than 5 consecutive days, which is impressive.

The battery is big, but it won’t heat up your device for long-term use, like playing games, watching movies with the Snapdragon 665 chip, and 720p screen doesn’t use much power.

The phone can call videos up to 46h40 minutes, surf the web continuously 21h22 minutes, watch videos continuously 19h55 minutes. It is an outstanding achievement for this budget segment.

Fast charging is not necessary because the provided charger limits smartphone charging to 10W – 5V / 2A. It can charge 21% battery in 30 minutes from 0%, it’s nothing outstanding but very good in this price range.

After a few months of changes and improvements compared to the Realme 5, but finally the “formidable” opponent of Realme 5S is still Xiaomi Redmi Note 8.

The Redmi Note 8 offers a better camera experience, a glass front and back design (Gorilla Glass 5), a brighter screen, and a USB-C port. However, the Realme 5s has a longer battery life and more memory configuration (Redmi Note 8 starts at 3GB / 32GB).

If you can spend a little more, you can look through Realme 5 Pro. It provides better comprehensive camera experience, better screen, faster chipset and excellent battery life. Not to mention, the fast charging 20W VOOC 3.0 creates a really powerful case for the 5 Pro.

If you want a Super AMOLED panel with Samsung’s One UI, then you can think about the Galaxy M10s. It is cheaper, but doesn’t have a 48 MP camera and doesn’t have as strong performance as the Snapdragon 665, and the battery capacity is not as good as the Realme 5s.

Price and address for sale

Realme 5S is an upgrade on the main camera compared to Realme 5. But the price is almost unchanged!

In short, the Realme 5S is similar to the Realme 5 but only upgraded to the camera. But the camera itself will make the Realme 5S value highly valued by its image quality. Moreover, the price offered by Realme has not increased at all compared to Realme 5. Could that be a disadvantage for you who own Realme 5?