Realme 5i got certified in Singapore


A couple of unannounced Realme smartphones were seen on the website of IMDA (Infocomm Media Development Authority), a Singapore telecommunications regulator of sorts. The smartphones in question are the Realme 5i and the Realme C3.

The Realme 5i has cropped up in IMDA’s database yesterday, bringing it another step closer to official status. We’ve previously seen it listed at several other authorities too, and the RMX2030 model number checks out.

In this instance too there are no specifics relating to the phone’s hardware. We already have the Realme 5, 5s, and 5 Pro, and we’re wondering a little just how much room there is for another five. We’ll wait and see.

As for the supposed C3, let’s say that it isn’t. Our little research showed that this particular phone has been sitting in IMDA’s database since late May, which is about the time of the C2’s release. The RMX1941 model number the Singaporean authority lists also corresponds to one of the C2’s versions. 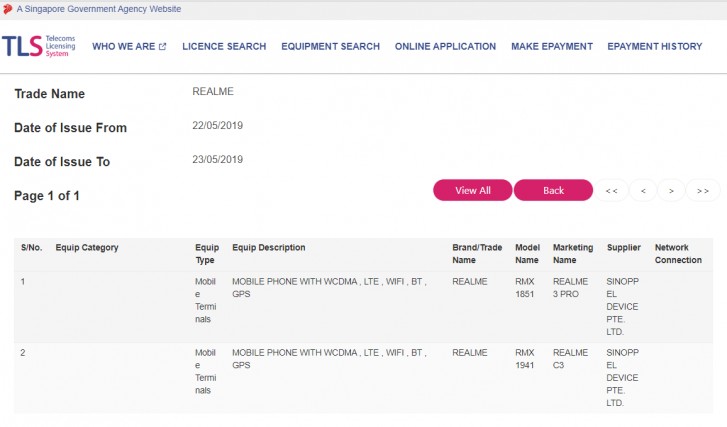