Aiming at the "sprawling" gamers and streamer who want the best performance possible, the Western Digital Black SN750 SSD shows itself to be a reliable choice, not inferior to other competitors in the segment. high class.

M.2 NVMe (SSD) Hard Drive (short for Non-Volatile Memory Express) is a breakthrough in storage technology. Not traditional hard drives that are as heavy as bricks and not 2.5-inch SSDs III, the M.2 NVMe SSD itself is what gamers, streamer and content creators need because it converges enough Everything for a perfect computer: compact, beautiful design and outstanding performance many times more than the old generation of hard drives.

On March 14th, Western Digital (WD) officially launched its latest and most advanced, high-end Black SN750 NVMe product line in Vietnam, with two versions with heat dissipation and no heat dissipation. with 4 options from 250GB up to 2TB. VnReview product evaluated in today's article is the version without heat dissipation, storage capacity of 1TB with a listed price of 6.55 million dong. 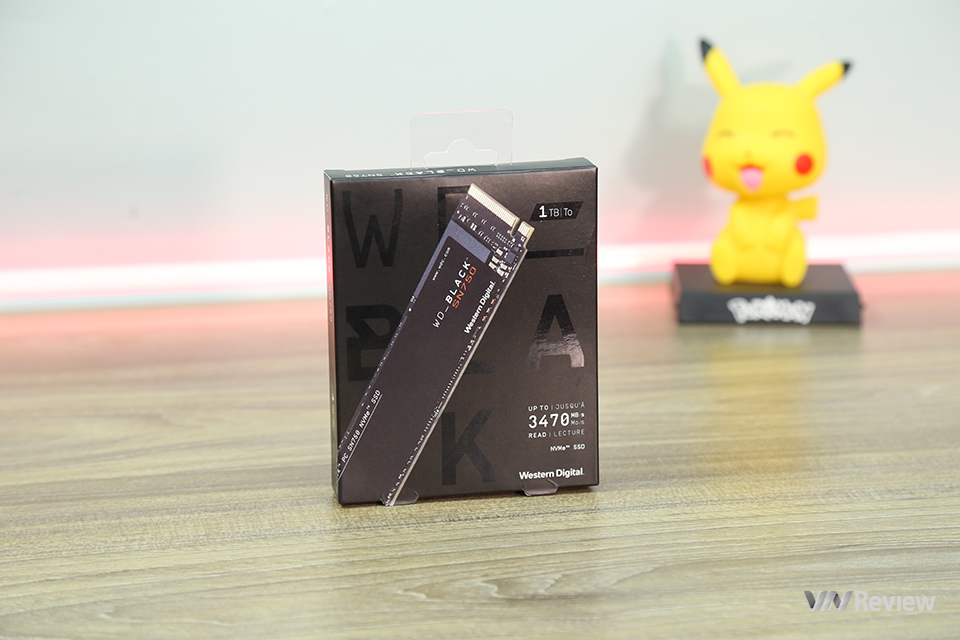 The SN750 Black's box has a simple design with a black tone that is as dominant as its name suggests. On the box is the image of the drive with key information such as 1TB capacity, maximum read speed up to 3,470MB / s. Not mentioned on the box, but WD says the SN750 Black's write speed is equally impressive, up to 3,000 MB / s. 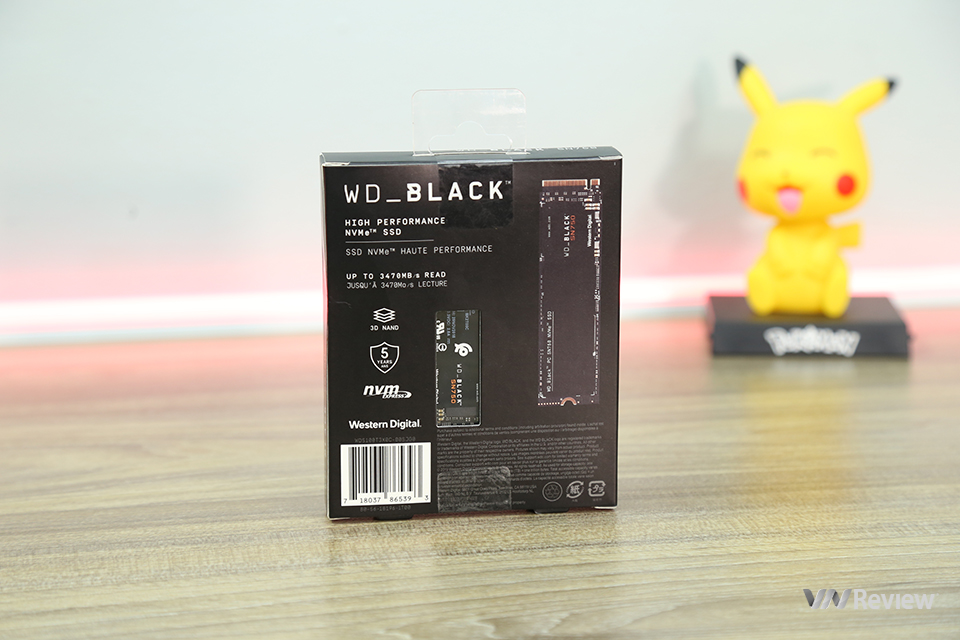 On the back of the box are some other information of the drive, such as 3D NAND memory chip technology, NVMe communication standard and warranty period of up to 5 years, so users can safely use it. In the middle of the box is a small box, showing us the hard drive inside. 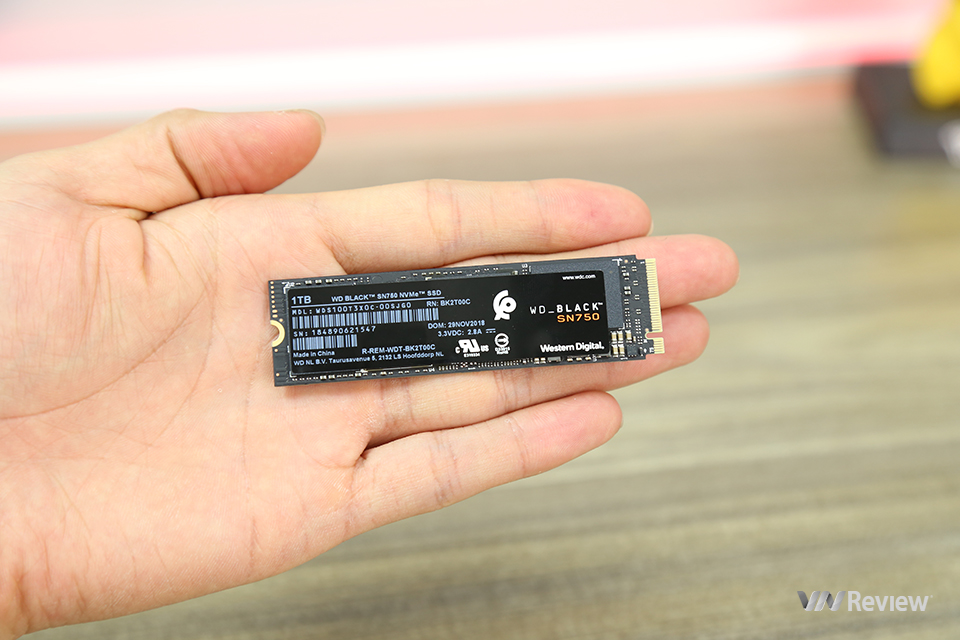 Our protagonist, the SN750 Black, has a standard M.2 size, 80mm long, 22mm wide, only equivalent to two fingers, also designed with black as the main. From information stickers to circuit boards or components are based on this basic color tone. The M.2 connection standard has now become very popular on new motherboard products, from basic lines like B250, B350 to Z270, and X370 with high-end products that can be equipped with up to 2 slots. . 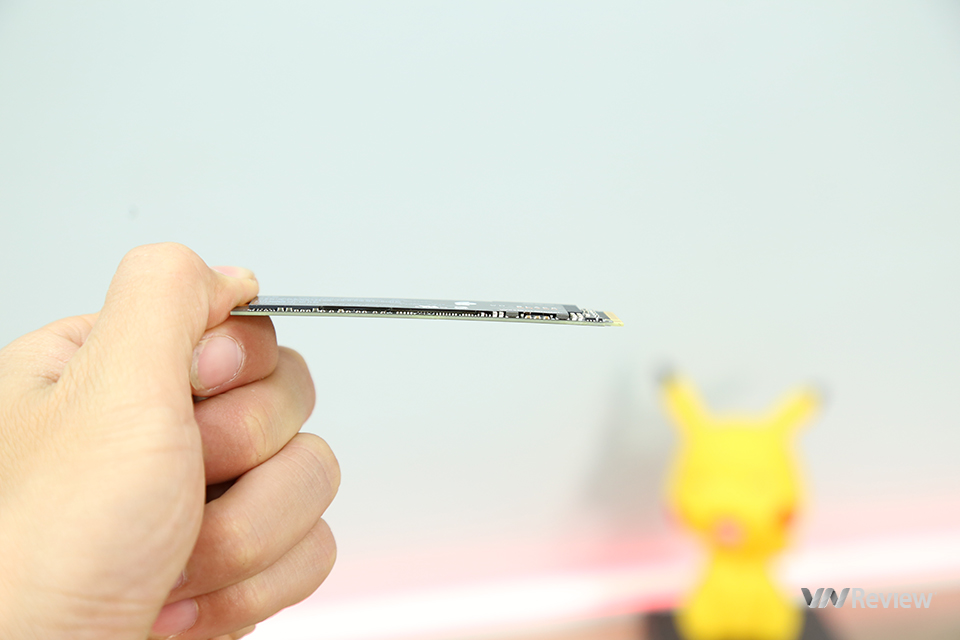 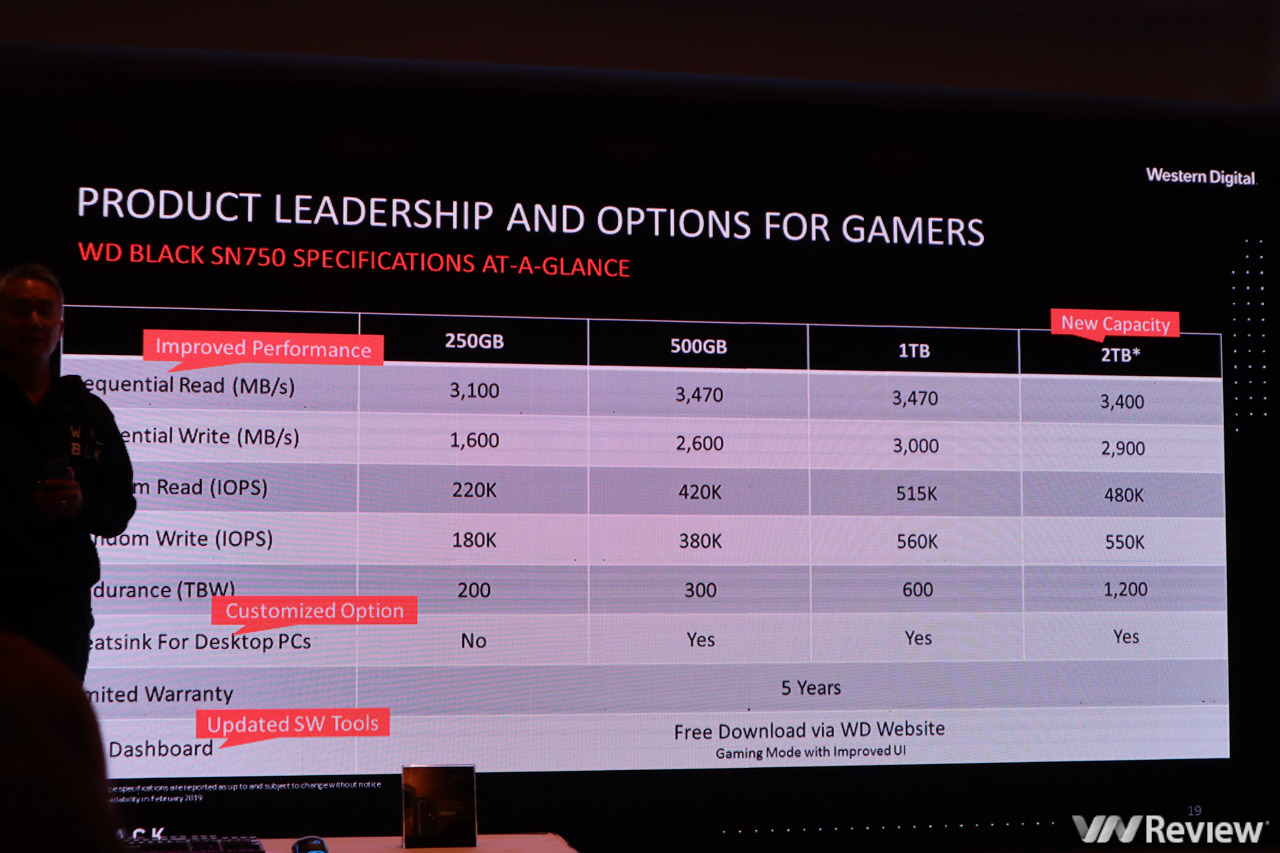 According to WD, the 1TB version will have the highest performance, while the 2TB version is adjusted for slightly lower speeds to ensure long-term stable performance due to high capacity. Sandisk's 64-layer 3D NAND TLC memory chip, which was acquired by WD in 2016, the firmware and controller are all manufactured by WD itself. Random read and write speeds of the SN750 Black are 515,000 IOPs and 560,000 IOPs and Tera Byte Written respectively (TBW – the number of recorded Tera bytes) is 600, which satisfies almost all needs, from multitasking, Large data storage for gaming, live stream, 4K, 8K video rendering, … 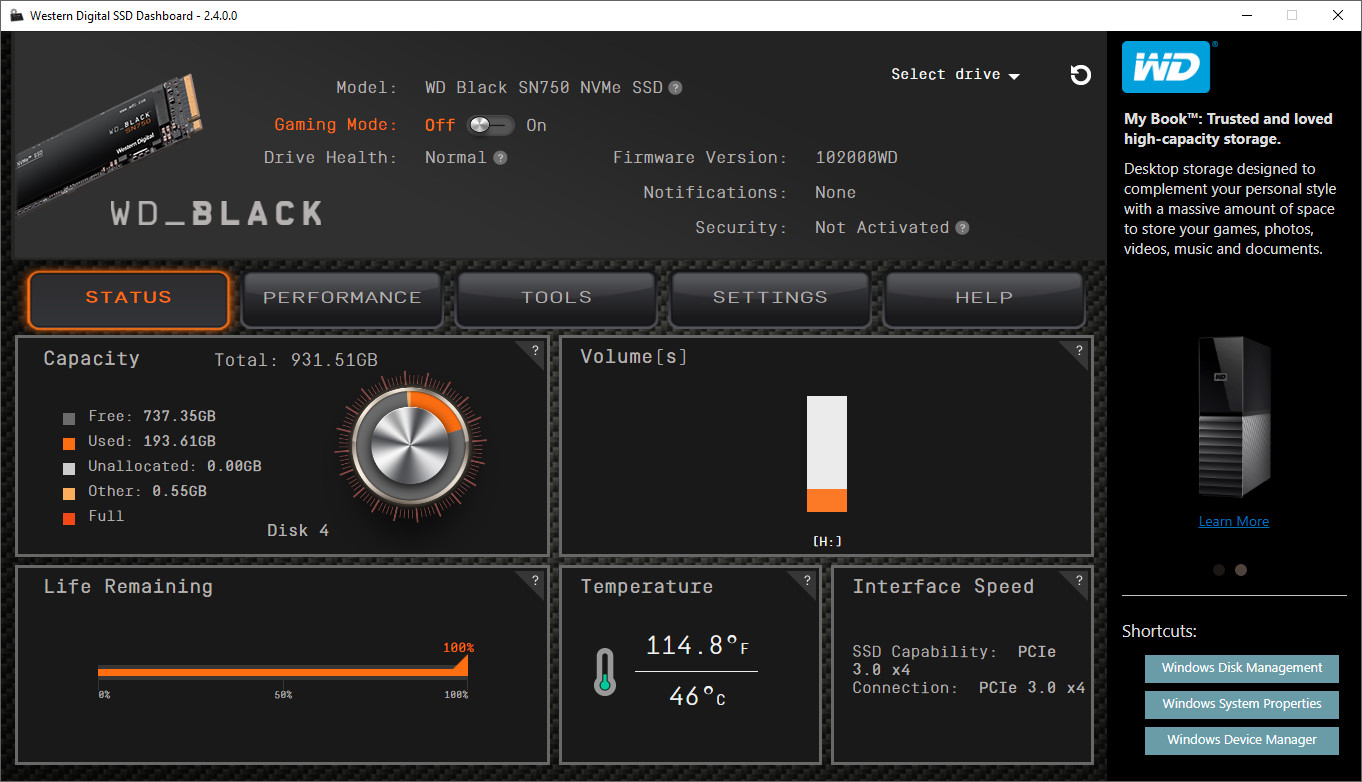 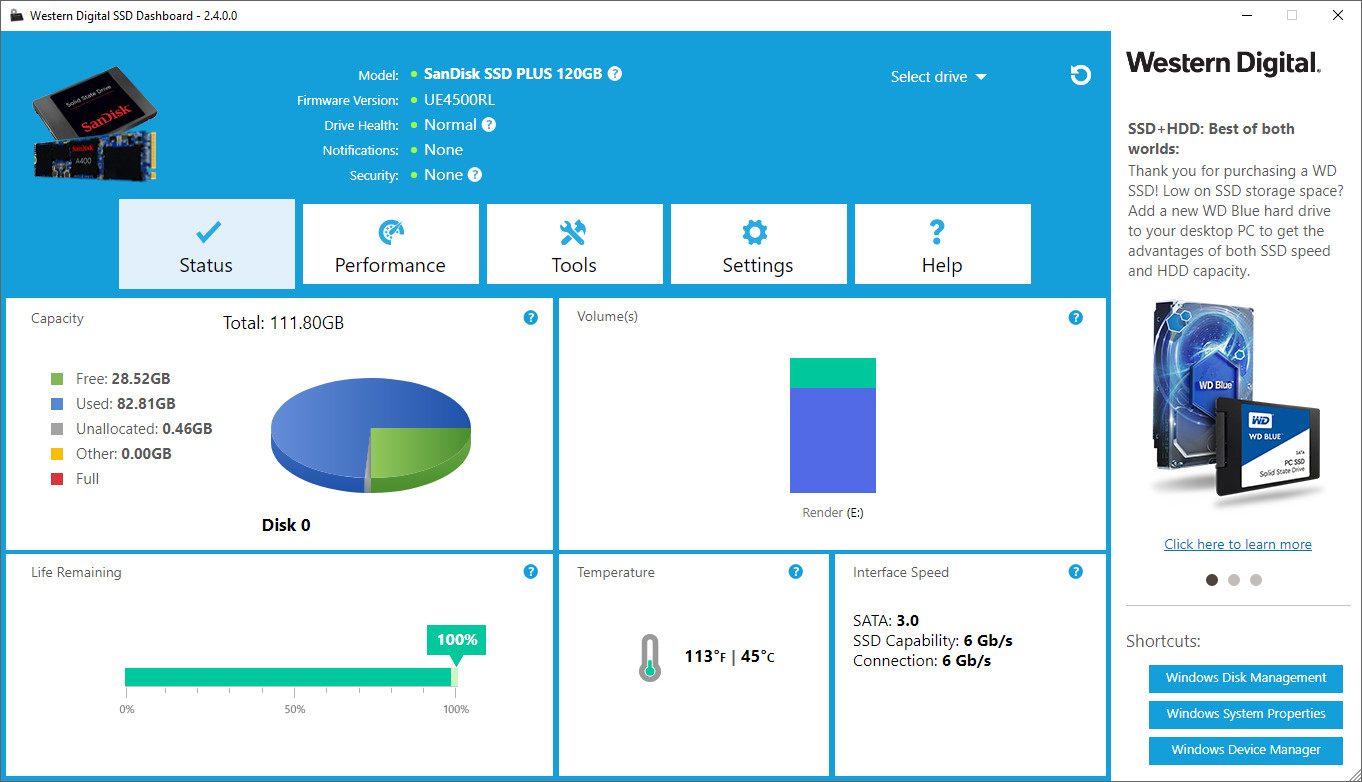 A new feature on the SN750 Black compared to previous generations of hard drives is on WD's SSD Dashboard software, which has designed a completely new interface for gamers dedicated to this product line. It also has the main black tones, the software allows users to monitor the drive status, including capacity, health, temperature … Gaming mode (Gaming mode) is also added by WD to SSD Dashboard, It allows users to flexibly stop low-performance operation mode and enable SSD to promote 100% performance when users require hard drives to operate with high performance and continuously for a long time. 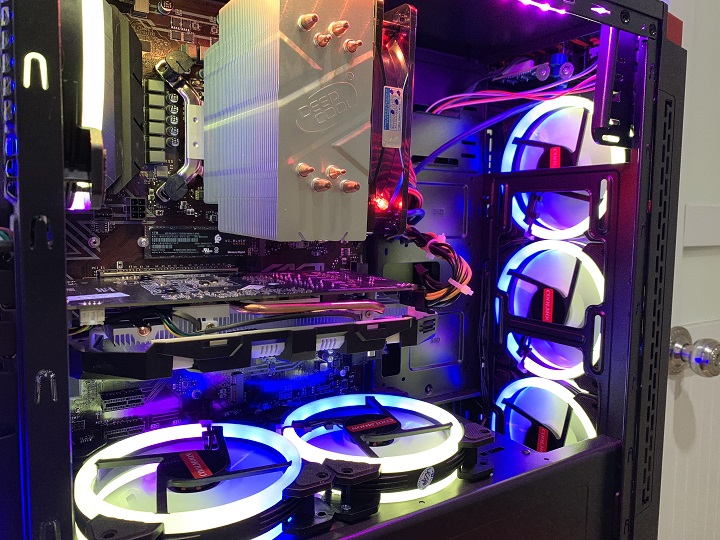 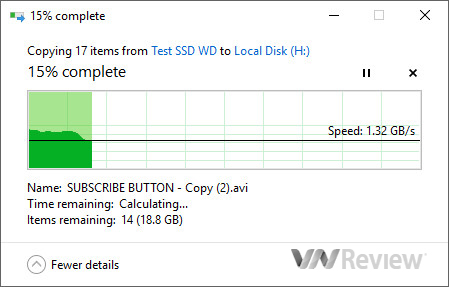 The first test is the file writing speed, with test files including 4k videos, movies, photos, music and various file system types of all sizes. The speed of the SN750 Black reaches 1.32GB / sec, not as high as expected. 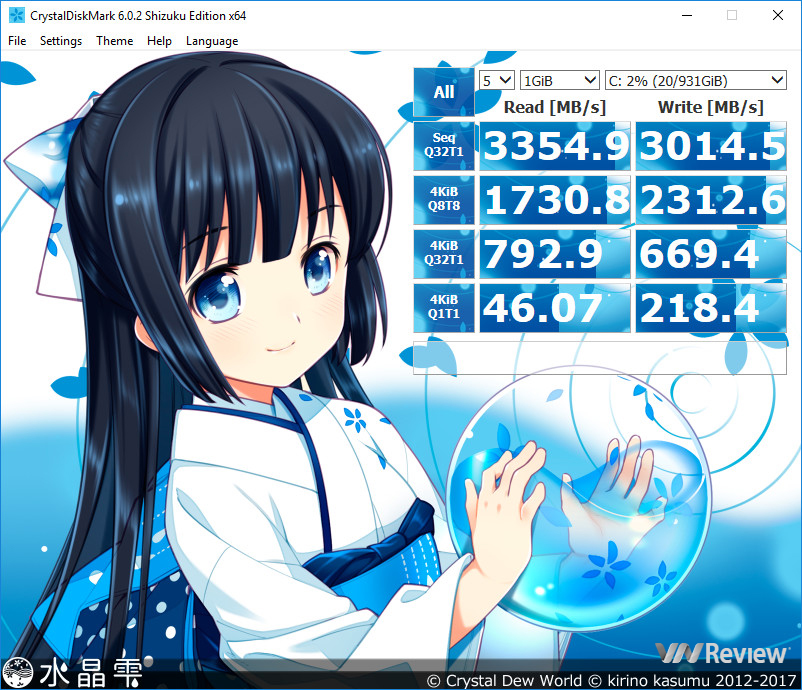 Using Crystal Disk Mark tool, the speed of reading and writing sequentially of VnReview drive is very close to the announced speed of WD, respectively 3354MB / s and 3014MB / s. However, the number that we should pay attention to is 4KiB Q1T1, when the data is randomly read and written on the data areas with Queues = 1 and Threads = 1. Compare with SSD Super Raid 4 on the device. The MSI GT75 laptop I've ever reviewed, the SN750 Black has a superior speed. 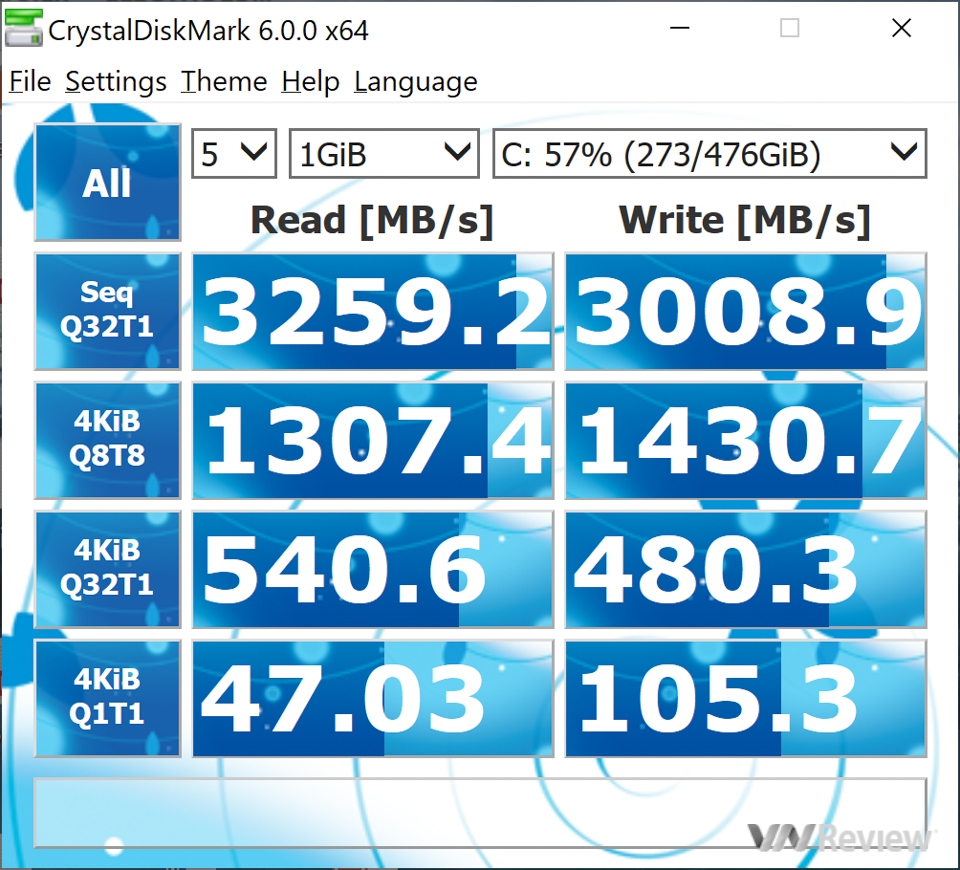 With AS SSD, this benchmark tool uses uncompressed files instead of compression as Crystal Disk Mark so the results are often lower and more realistic. The SN750 Black still has a respectable speed. 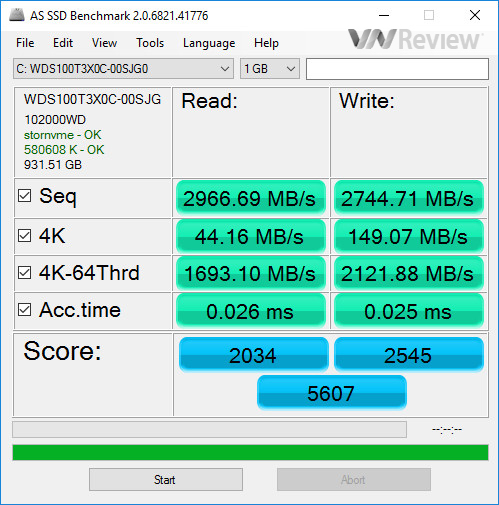 ATTO Disk Benchmark is a software solution designed to help users test the performance of the system by running a series of tests to determine the speed of reading and writing data of the hard drive when the system loses. quite a lot of time to read and write data. The SN750 Black controller seems to be very "cool" when the drive's read and write speed is maintained consistently throughout the test. 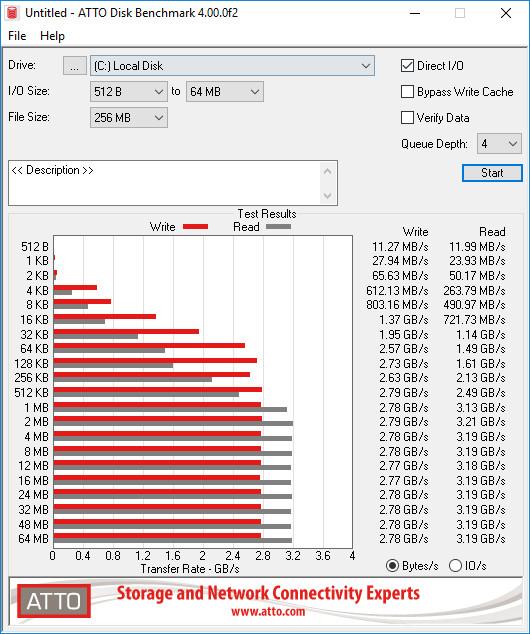 Activating gaming mode and conducting tests, we found that the SN750 Black's sequential read and write speed was almost no different because the speed was already too fast, but the 4K write speed was significantly higher, Allows users to make the most of the power of this hard drive. 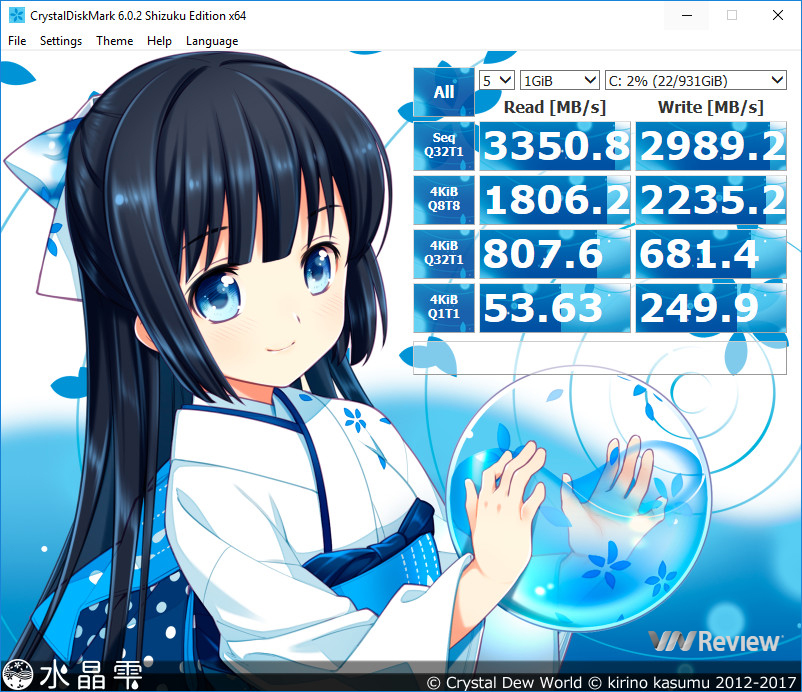 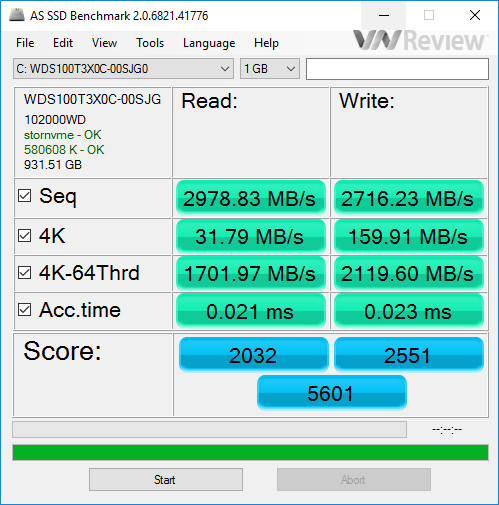 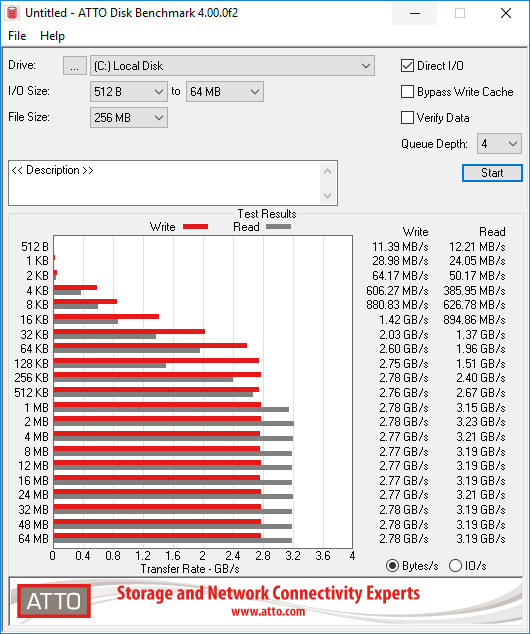 Put the case in a closed case, have a fan and room temperature at 25 degrees Celsius, because the version has no heat dissipation so our SN750 has a high temperature, maintained at 44-46 degrees Celsius when perform common tasks and up to 71 degrees C when processing heavy data. Users may consider choosing a version with a slightly higher heat dissipation, but it should be noted that this version is larger in size, and may not fit into your desktop or laptop. 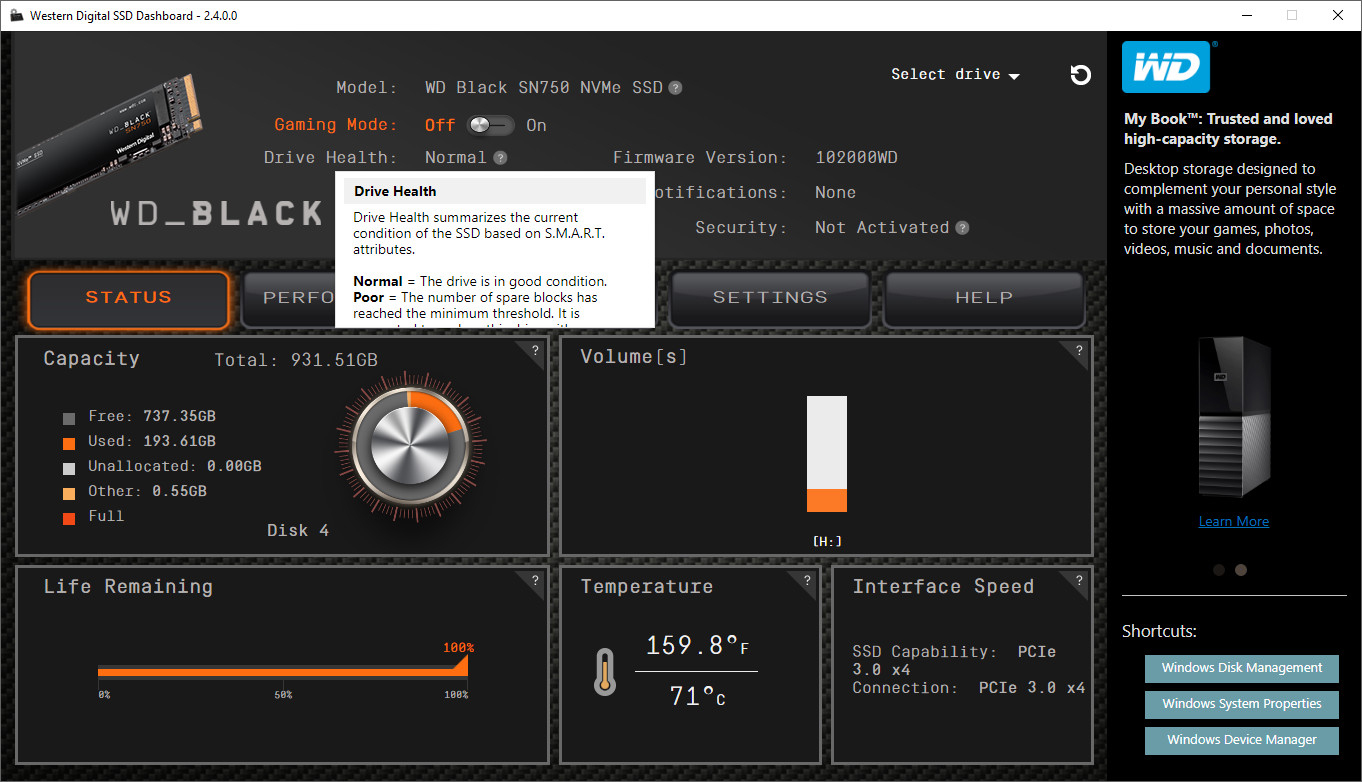 It can be said that the SSD SN750 Black has partly confirmed Western Digital's position in the high-end segment. The product has impressive performance, beautiful design with black tones, useful tracking software and a large capacity desirable for the majority of the user community. However, the product currently has a slightly higher price compared to its competitors and the temperature when used in the version without heat dissipation is also quite high.