With superior image quality and not only beautiful design but also very durable, X-T1 can be considered the best compact camera product on the market today.

– Hand-held feel and great use.

– The viewfinder is the best in the segment.

– JPEG processing is not good. 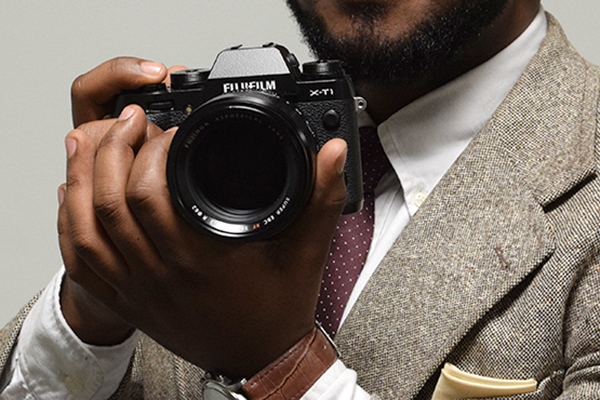 Since the launch of the X100 with the attached 23mm f / 2 Fujinon lens and received very good feedback from the market, Fujifilm has quickly expanded its X-Series product line. Among the X series, the Fujifilm X-Pro 1 launched in 2012 is considered a "face-to-face" product for Fujifilm.

As the first X model with interchangeable lenses (with the lens line using a separate XF mount), X-Pro 1 is a line of products that captures both professional photographers and semi-professional fans. With outstanding image quality and small size, X-Pro 1 has proven the potential strength of the mirrorless camera series.

Subsequently, Fujifilm expanded its attack on the low-end segment with X-E1 and X-E2 products. The X-M1 and X-A1 models are used by Fujifilm to attack the consumer market, competing directly with Sony's Alpha series and Olympus' PEN line.

Now, Fujifilm has returned to the high-end segment with the latest X-T1. As an intermediate product of X-Pro 1 and X-E2, the X-T1 carries the design of a DSLR more than the conventional classic rangefinder design. 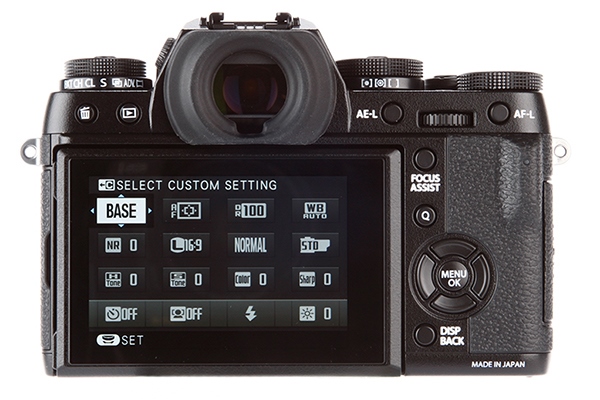 All the most notable features of the Fujifilm X-T1 are located on the back of the device. The X-T1 has a 0.77x resolution of 2.36 million dots. The 1.040k pixel resolution screen of 3: 2 is located right behind the camera, like the regular DSLR series. With the ability to fold / open, the X-T1 screen will definitely help you a lot when shooting from high or low angles.

Wi-Fi connection is integrated in X-T1. Fujifilm also offers a new application that allows users to adjust more features, including selecting autofocus. You can choose a portable battery-sized grip (VG-X-T1), or choose a smaller metal grip. The X-T1 has HD video recording capability, but there is no built-in flash. Luckily, Fujifilm supplied the external flash-clip-on device to the standard hotshoe.

The X-T1 uses an autofocus algorithm that was used in the XE-2 to improve accuracy in low light conditions. The X-T1 also has an EXR Processor II image processor from XE-2, with a boot time of only 0.5 seconds and a stall delay time of only 0.05 seconds. 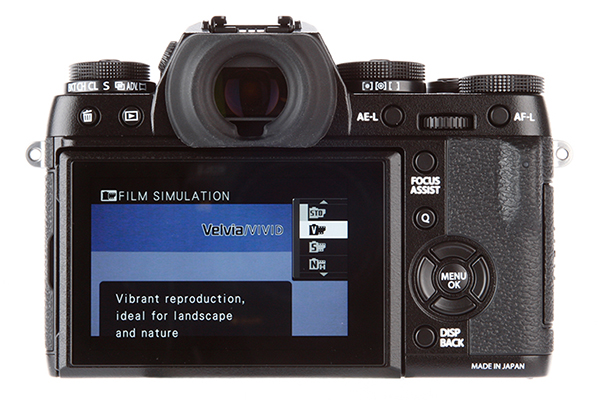 With a structure more similar to film sensors than other conventional sensors, X-Trans CMOS II's X-T1 sensor can minimize the moire noise and "fake" colors, helping people. Use does not need to carry a anti-aliasing filter on your side when taking photos. Not only that, the X-Trans CMOS II sensor also has 100,000 integrated phase-detection pixels to help create super fast "hybrid" autofocus systems that can take advantage of the focus in phase and focus according to the contrast.

Switching between these two modes to create the optimal focusing speed takes only 0.08 seconds. 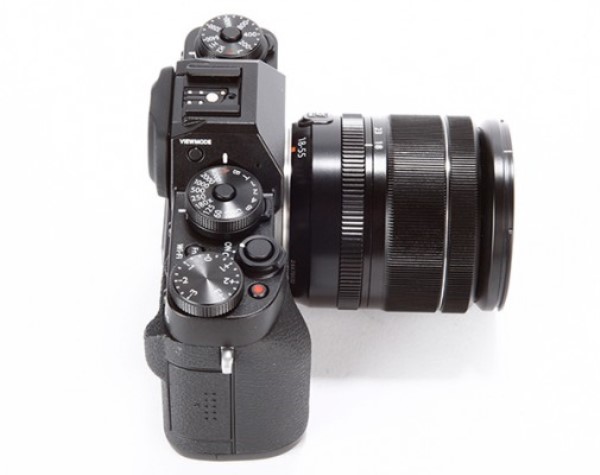 The design of the X-T1 can only be encapsulated in two words: "great". Just like the other models in the X series, the X-T1's magnesium body layer is both powerful and creates a very special handheld feeling: the body is quite small, but still creates a strong grip. shield in the palm.

The upper body of the X-T1 has plenty of beautifully designed aluminum adjustable wheels. These wheels are used to adjust iOS, shutter speed and exposure compensation.

In the front, on the right side of the body is a portable burrow with a slightly larger size but still quite comfortable; In the back is the section where the thumb is quite spacious. With these two design details, the X-T1 delivers a truly high-end handheld experience, showing that Fujifilm has paid attention to every little detail when designing X-T1.

At the same time, the X-T1 is also a camera model with very good resistance to the environment: The body has up to 75 positions sealed to prevent dust and moisture. The lowest operating temperature of X-T1 is -10 degrees Celsius. The supplied 18-55mm f / 2.8-4 R LM OIS XF lens is not equipped with a slit against bad weather, and may take until July. Next, Fujifilm launched new models that are weather resistant. 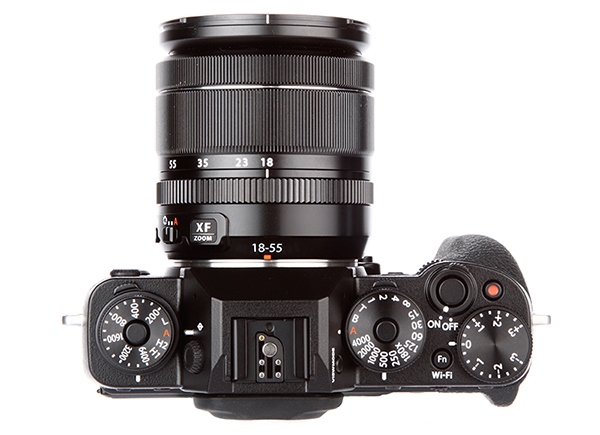 If you haven't used Fujifilm's X-Series, you may have to take a short time to get used to the control wheels, the arrangement of buttons and the screen interface. For example, to use the familiar aperture priority (Apeture Priority) mode, you will have to rotate the wheel to select aperture to "A" before adjusting this parameter with the aperture rotation on the lens. If you want to use the shutter priority mode, you will have to adjust the aperture rotation on the lens to "A" before options. If turning both the wheel on the camera body and the rotation on the lens back to "A", X-T1 will switch to auto (Auto) mode.

Another special feature about X-T1 is that the viewfinder is covered by a large rubber pad. The Q-Menu button is located very close to the position where the thumb is held while holding the camera, enabling you to quickly turn on the white balance, movie simulator, DR (dynamic range) and AF (auto focus) options.

You can also install these customizations via the control wheel on the camera body. 4-way control button without familiar up, down, right and left icons. The reason is that Fujifilm allows users to customize these 4 buttons. 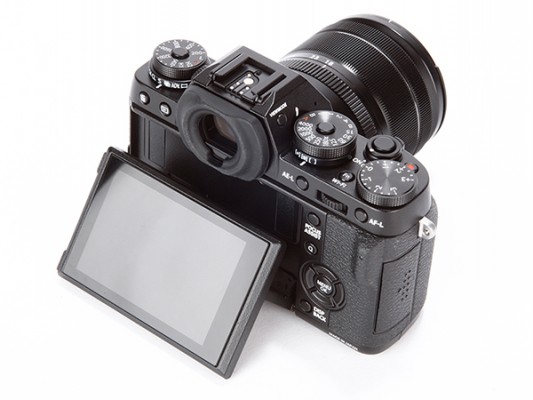 By default, these buttons will access Movie Emulation, Macro, White Balance and auto focus point placement. You can customize to switch these buttons to other functions such as image size, image quality, Wi-Fi, face detection, timer or DOF preview (depth of field).

Fujifilm X-T1 has a 256-zone metering system like X-Pro 1, X-E1 and X-E2. Users can select 3 metering modes of the machine, including Multi, Spot and Average on a control wheel under the wheel to select the shutter speed. During actual use, the X-T1 metering system provides very comfortable exposure. Even, even when shooting back light X-T1 does not make the image too dark or too bright. 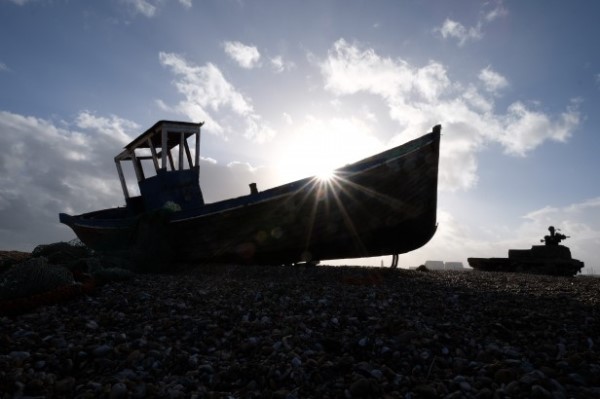 However, you will not need to use the exposure compensation feature, unless the scene is too dark or too bright. X-T1 will activate the histogram when you select the display mode. You can also view exposure information in the photo playback mode.

As mentioned in the previous section, X-T1's AF (autofocus) system is even more powerful than X-Pro 1 and X-E1. In AF mode for single-shot (AF), the X-T1's focusing speed surpasses Sony's Alpha 7R and is no less than the Panasonic Lumix GX7's AF Light Speed ​​system.

However, the number of focus points of X-T1 in AF mode is not perfect as expected. While the number of 49 focus points is not so bad, the X-T1 AF system still cannot cover the far corners of the frame. Also, because there is no touch screen, you must choose the autofocus point through the 4 traditional navigation buttons. Fortunately, you can choose from 5 different sizes for autofocus points. 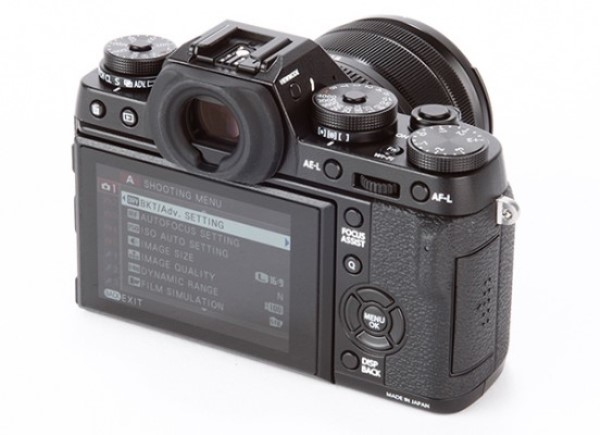 The electronic viewfinder (EVF) of the X-T1 has a resolution of 2.36 million dots and is also equipped with an impressive intuitive user interface (GUI).

Specifically, the EVF of the X-T1 is larger than the optical viewfinder of the EOS 1DX series, Canon's flagship product line. From the moment you put your eyes on the viewfinder, X-T1 takes less than a second to turn on display mode. The 0.77X zoom level delivers sharp and clear images, and with 100% field of view you'll see exactly what the sensor is recording.

At the same time, the X-T1 also supports the "VERICAL" mode: The viewfinder automatically detects when you are taking a portrait (portrait) and will automatically change the custom parameters accordingly. AF to MF (manual focus) will immediately activate DUAL mode on the X-T1 viewfinder, dividing the screen into 2 halves.

Time delay on X-T1 is not too bad. The sharpness of the 3-inch, 1,040k dot resolution screen at the bottom is nothing to blame. 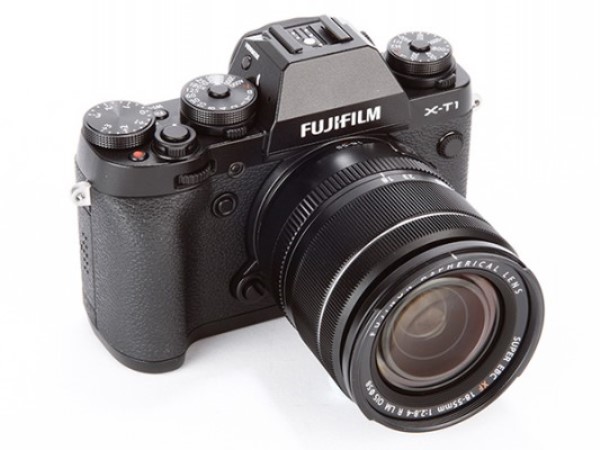 Currently, X-T1 RAW files are still not supported by Adobe on Camera Raw, so users will have to use other applications (such as Silkypix Raw File Converter EX) to process images. The DR feature on the machine works very well: In high-contrast pictures, the shadow area has a very good amount of detail, while the bright areas also have a very impressive amount of dark detail. 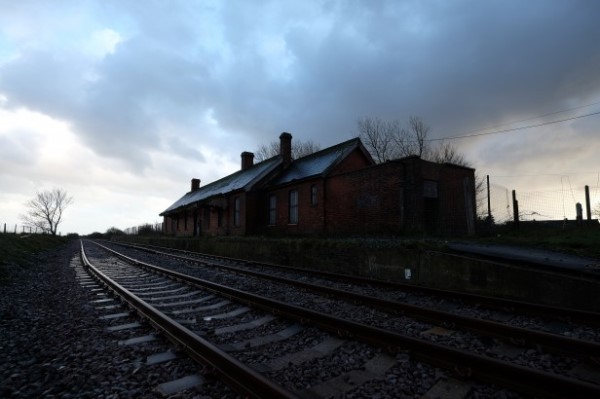 It should be noted that, you can only use DR200 at ISO 400 or higher; The DR400 only supports ISO 800 or higher. High-contrast scene shots show that the DR200 and DR400 give the best results in bright and dark areas. Therefore, use these two DR levels when taking high-contrast images.

You can also select the Auto Auto DR mode. X-T1 also has the option of adjusting the tone for dark and bright areas with options from -2 to 2. 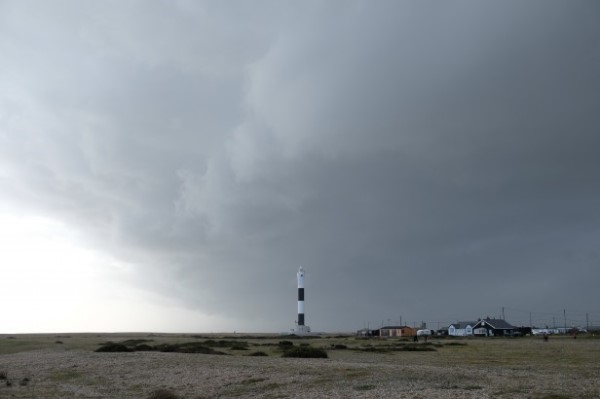 Photos of X-T1 from ISO 100 to 800 almost do not encounter any light noise at all. At ISO 1600, the machine's image signal processor can eliminate noise in JPEG images quite well without blurring other details.

At ISO 3200 and ISO 6400, shots appear to be quite noisy, but the X-T1 can still process images to create enough JPEGs for ISO 12,800. Users of RAW photos may find the ISO levels above 1600 lost in detail, but RAW files at ISO 6400 still have acceptable quality.

When using H1 and H2 options, you will see that the image has more noise and blur. However, looking at the general 16.3 Megapixel sensor on X-T1 gives very good quality. 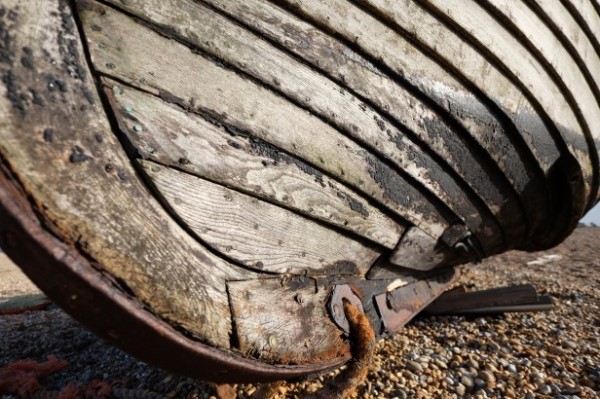 You can customize 10 white balance settings in the main menu or Q. Menu. The point is that when the option is in this way, the X-T1 does not display notes but only displays custom icons. 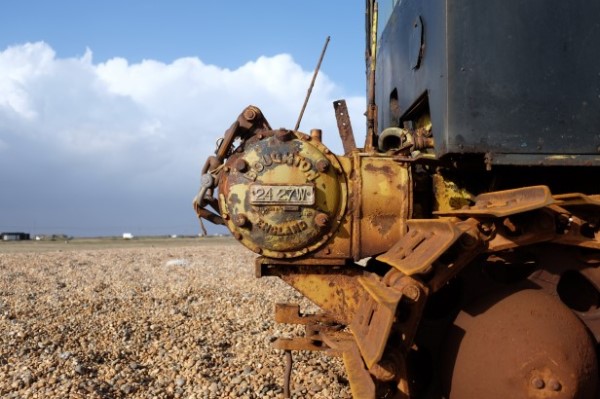 When using auto-tuning (Auto), X-T1 gives colors quite pleasant in various lighting conditions. You will rarely have to use color filters after taking photos. 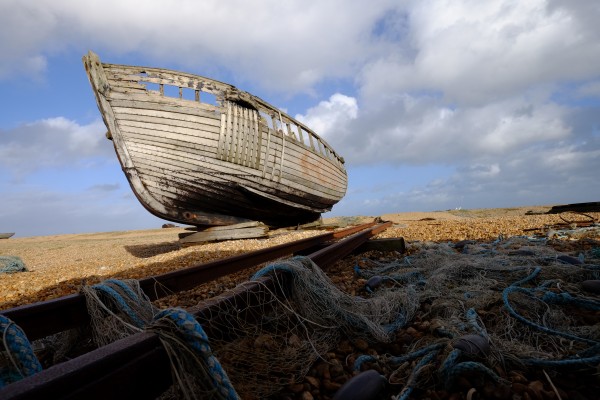 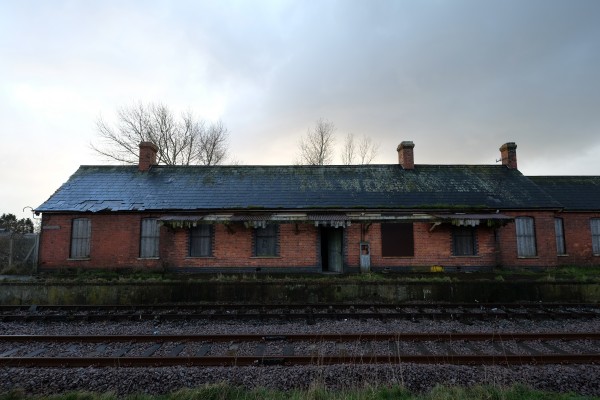 In good light in the sun, the colors of the photos are very vivid and vivid. In the darker days, the color is not even outstanding but still very accurate. You can use movie emulation modes to create deeper colors.

Conclusion: Should you buy Fujifilm X-T1?

There are very few points to blame for X-T1. In a market flooded with models of compact cameras and nostalgic DSLRs like the Nikon Df, Fujifilm is one of the few rare products that has an impressive design and superior image quality. X-T1 is being sold at a price of $ 1,400 (30 million, original price in the US) for the body-only version and $ 1,700 (36 million, the original price in the US) for the version with 18-55mm tube f2.8-4.0. 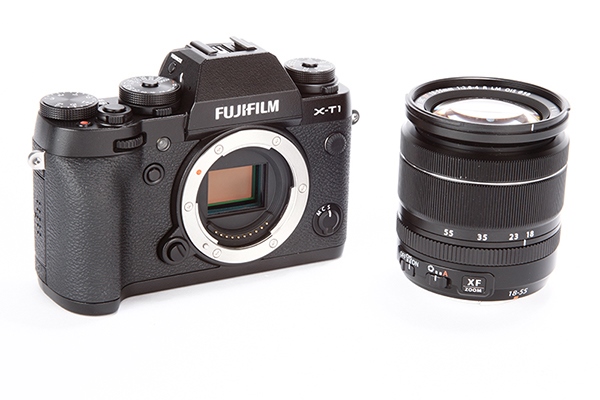 Fujifilm X-T1 will have to compete with two good quality products, Olympus OM-D E-M1 and Panasonic Lumix GX7. At the time of writing, OM-D E-M1 (including only the camera body) is priced at US $ 1,300 (VND 27.4 million), while GX7 (seamless tube) costs only $ 784 (about 16 , VND 7 million). Thus, X-T1 is having the most expensive price compared to competing products.

However, if you are willing to spend a large investment on X-T1, you will find Fujifilm's latest product completely worthy of its price range. Although still a pretty great camera model, E-M1 still has a serious weakness: JPEG processing is not good, while GX7 is a product aimed at the general market, not belonging to the semi-professional segment. / professional like X-T1 and E-M1. Overall, with a beautiful design and excellent imaging capabilities in nearly all shooting conditions, the X-T1 is probably the most desirable compact camera on the market today.