PUBG 2 is in development with many new features, will be released in 2022


So after the official trailer for PUBG: New State (PUBG Mobile generation 2) was released, perhaps all of us have a question that PUBG 2 (for PC, console) will be like? When will PUBG 2 be released? The following article will summarize all rumors about PUBG 2.

See also: Rumor has it: PUBG Mobile 2 (PUBG: New State) will be released soon in March 2021 and there are many improvements compared to the original PUBG.

The article is always updated as soon as there is the latest information about PUBG 2 (PUBG: New State). 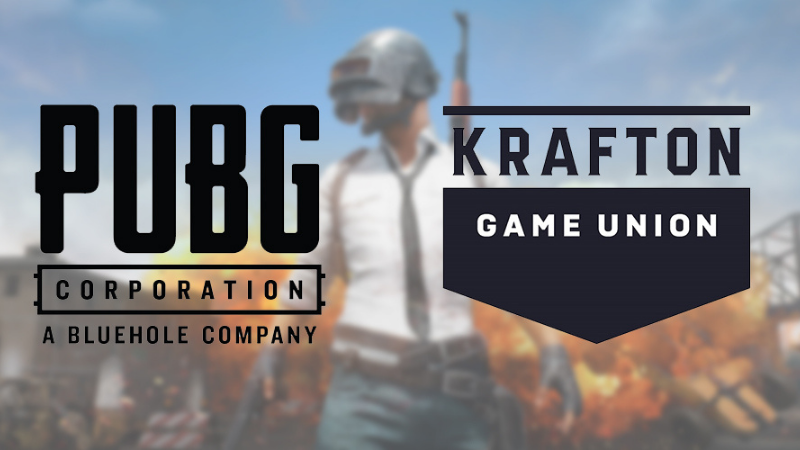 PUBG is a game developed from a Korean game studio. (Source: The Esports Observer).

Up to now, PUBG has been around for nearly 4 years and maybe the game maker has started to find a new direction for PUBG, by developing the second generation of the game and we will be referred to as PUBG 2.

According to the latest source from PlayerIGN (known leaker in the PUBG player community), PUBG 2 (for PC and console version) is still in development, along with the game PUBG Mobile 2 (currently PUBG: New State). If you pay attention, the PlayerIGN post mentions the name of the new PUBG development project is ProjectXTRM. 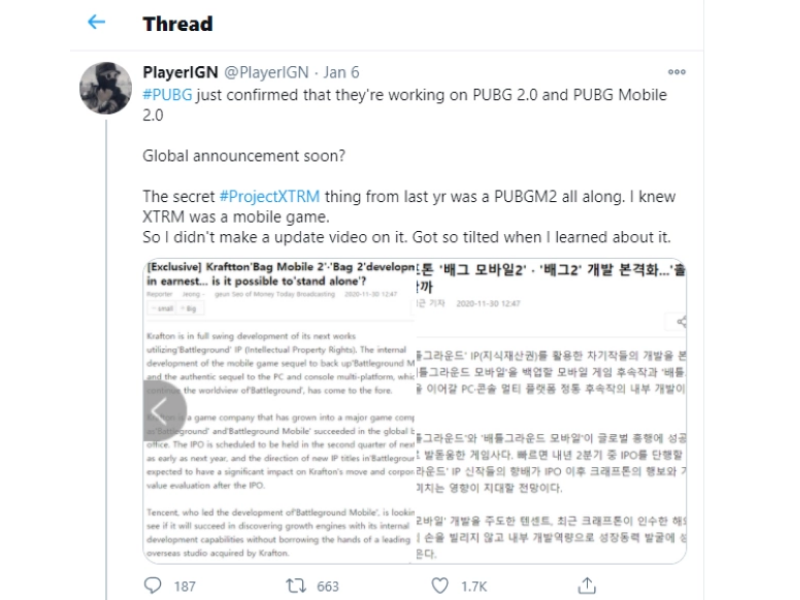 But in fact that is the internal name of PUBG Mobile 2 (now PUBG: New State). As for PUBG 2 (for PC, console), there is still no specific information. Well, about the selling price of PUBG 2, we currently do not have any specific information. But for your reference, the price of the game PUBG (first generation) on Steam is 340,000 VND. I hope that PUBG 2 will not be too expensive compared to the original PUBG. 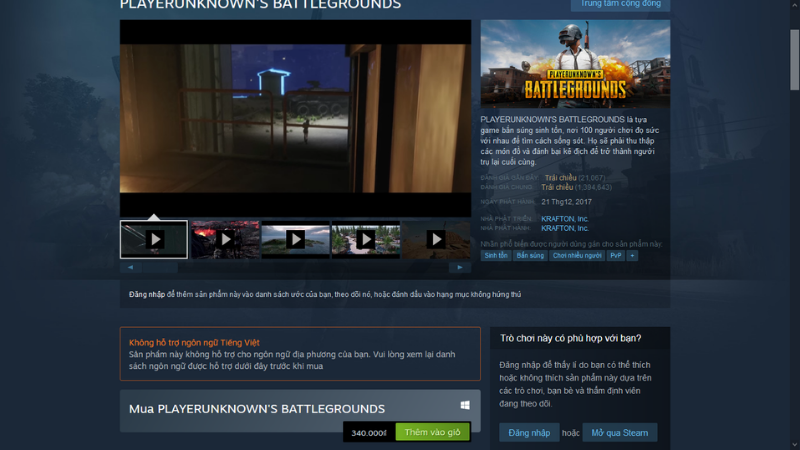 PUBG’s selling price is on the Steam platform, a game shopping platform trusted by many gamers.

As I mentioned in the article Listen to Rumors: PUBG: New State, PUBG 2 is expected to be released in 2022 (according to leaker PlayerIGN on January 19, 2021). 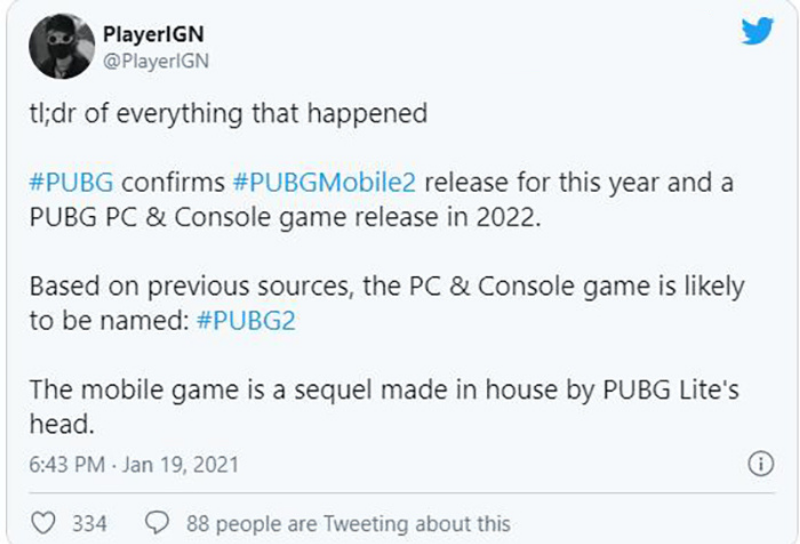 This is a quite special case because in the first generation of PUBG, the manufacturer released the PC version, console first and then released the mobile version. I think the attraction of PUBG Mobile seems to be greater than the PC and console versions and perhaps PUBG Studio recognizes that.

And that is all we know about the release date of PUBG 2 (PC, console version). However, I hope that the second version of this game can be released after the PUBG Global Invitational.S 2021 event ends. Because PUBG: New State has appeared, many players will surely expect an ‘improved’ version of PUBG on PC devices, consoles. 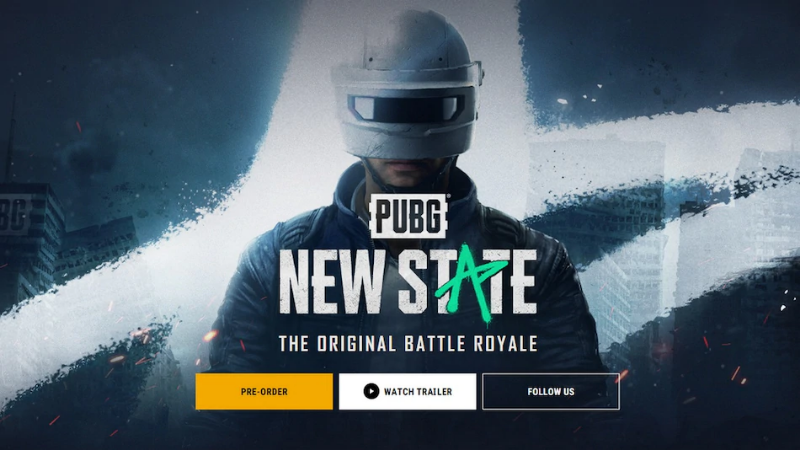 PUBG: New State (also known as PUBG Mobile 2) has had a lot of big changes compared to the first generation. (Source: PUBG).

Well, if you do not know what the PUBG Global Invitational.S 2021 event is, this is the longest global PUBG tournament so far. The event lasted for 8 consecutive weeks from February 5, 2021 to March 28, 2021 with the participation of top teams from different regions around the world. 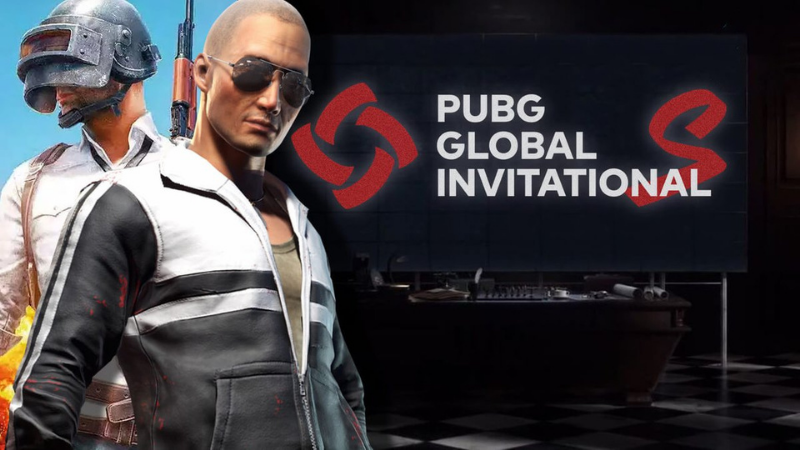 3. The improvements of PUBG 2 compared to the original PUBG

As I mentioned above, PUBG 2 has very little information leaked, the only feature I have been looking for so far is cross-platform support). That is, players whether on two different platforms such as PC or console devices (PS5, Xbox, …) can still play together on a server. If you do not know, then PUBG: New State (mobile version) also supports this feature. 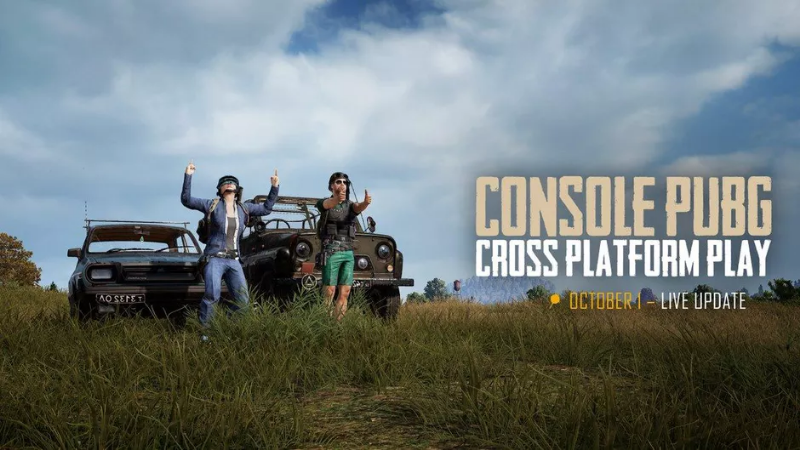 PUBG 2 will be a cross-platform game with cross-play support. (Source: CNET).

This is probably one of the fairly valuable improvements of PUBG 2 compared to its predecessor. I find it quite interesting if console players meet PC players to fight, thereby conveniently solving the problem of whether playing PUBG on PC is better or on console devices will be better.

Just kidding, I hope that PUBG 2 will have many improvements in graphics as well as effects, weapon systems, vehicles, settings, … as long as the improvements are similar to PUBG: New State is okay. Because if you do not know, the PUBG game does not seem to have enough attraction for gamers on PC or console. 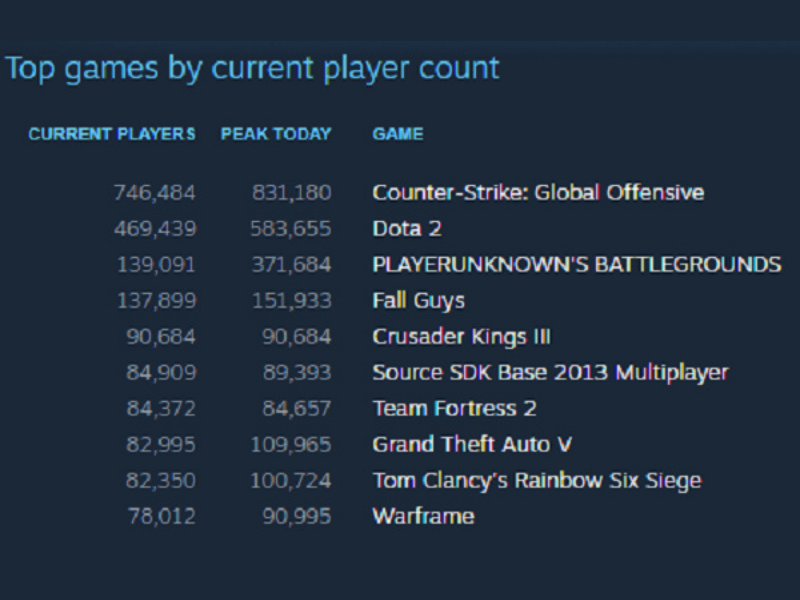 PUBG is currently not too attractive for PC and console gamers. (Source: Steam).

According to data extracted directly from Steam’s system, PUBG peaked with 3.2 million players at the same time in 1/2018. But after 2 years, Pubg showed a disappointing situation when the number is now only about 600,000, ie nearly 80% of the players have decided to quit the game.

Some of the reasons for this can be mentioned as hacking problems, the game content is not too innovative (although there are still skin update events, but that is not enough), many competitors. appear (like Fornite, Apax Legends, …). Therefore, I hope PUBG 2 will have a stronger return, maintaining the king of the survival shooter series. 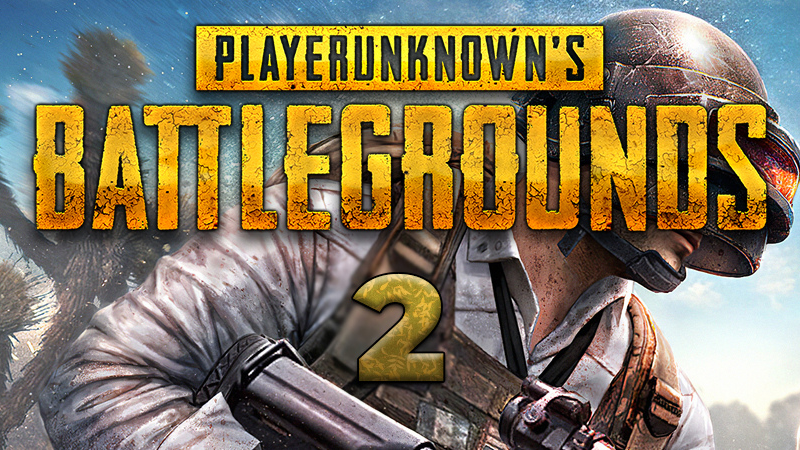 I hope PUBG 2 will have a stronger comeback. (Source: Esportz Network).

And just now is all you need to know about the PUBG 2 game (PC, console version). As I mentioned above, I hope PUBG 2 will have a big change in all aspects of the game, just like PUBG: New State has done. I see most players are very excited about the change on this new PUBG Mobile.

What about you guys? Do you have any expectations for PUBG 2? Don’t forget to leave your comments in this comment section, thank you for taking the time to read your article.