Preview the exterior design of the new generation BMW 5 Series


The next-generation BMW 5 Series was spotted on the test track for the first time a few days ago. And now this luxury car has received design sketches from Kolesa, thereby helping the fans to easily visualize the changes in the exterior design of the new 5 Series.

Based on Kolesa’s design sketches, we can temporarily breathe a sigh of relief when the new generation BMW 5 Series will not feature the controversial oversized grille cluster as on the 4 Series. Although the dual kidney grilles have been enlarged in size compared to the current version, they still look very harmonious with the overall and do not stretch down to the lower bumper.

The test prototypes of the new BMW 5 Series are not yet equipped with production-grade finishing lights, so what you see here is purely speculative. However, the fact that the new 5 Series adopts the design style of the 7 Series is not surprising.

At the rear, you can see the subtle integration of a spoiler on the trunk lid, which you can also see on the unofficial sketch images above. 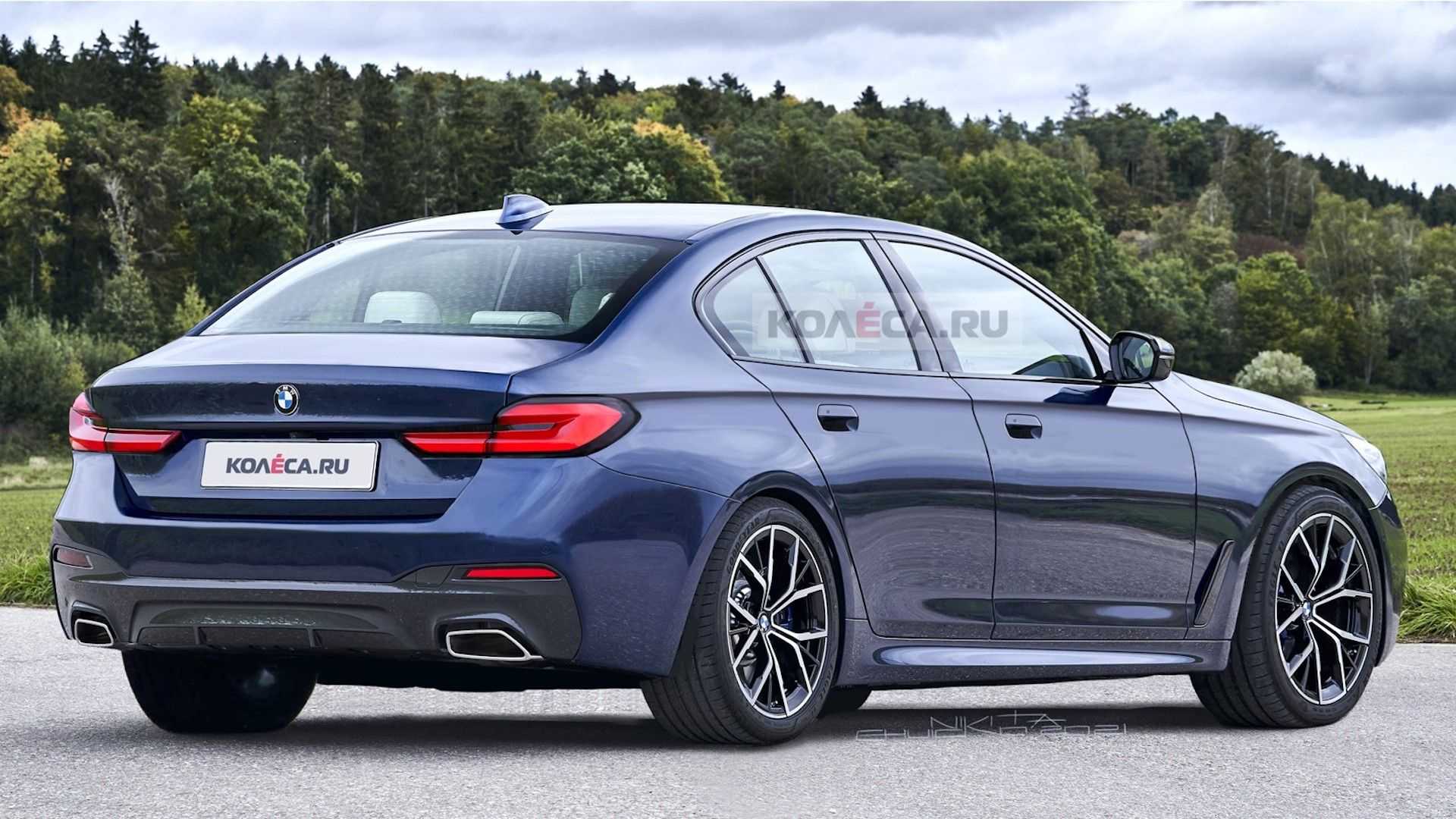 Based on the images of the test versions, the next-generation 5 Series will likely have PHEV and EV versions. This is quite expected because the larger 7 Series senior model also has a similar strategy.

The next-generation BMW 5 Series is expected to be launched in 2022. This is a competitor to mid-size luxury cars such as the Mercedes-Benz E-Class, Audi A6, Lexus ES and Volvo S90.