Outriders has started landing on PlayStation 5, Xbox Series S | X, PC and older-generation consoles with a landing slated for April 1. To best prepare players for his arrival, People Can Fly and Square Enix have been offering a playable demo of the beast since February 25, offering us the opportunity to discover the introductory chapter of the game and even to be able to resume our progress where we had left it after the full set was released.

As much to tell you bluntly, we have never been very enthusiastic about Outriders and this even if we like the studio behind. It must be said that the last cooperative shooter of the kind that we had, Anthem, left us with a real bitter taste in the mouth, and this, even if licenses like Destiny or Borderlands manage to delight us.

But since we’re not mean, we decided to give him the benefit of the doubt and throw ourselves body and soul into this demo and make up our own mind. 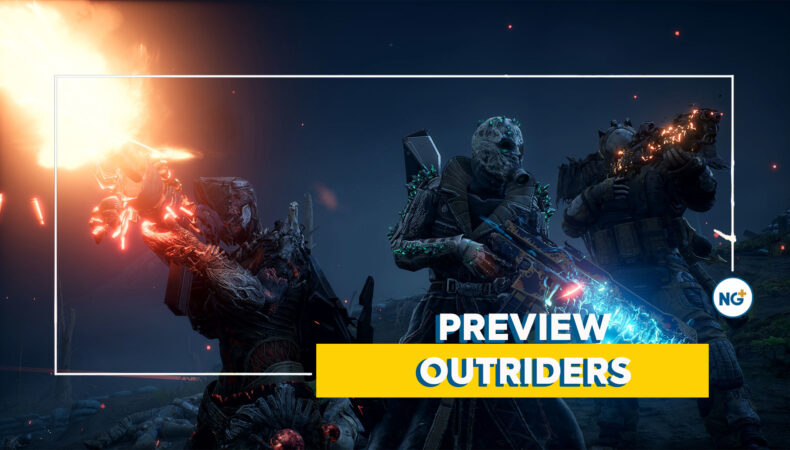 Going into Outriders is like reliving a scenario that you have already experienced / seen / read elsewhere. While the Earth is dying due to natural disasters which we do not know if they are the result of human actions, we Outriders (elite former soldiers here acting as pioneers and discoverers) are sent into space with two colony ships towards the planet Enoch supposed to be our new home. 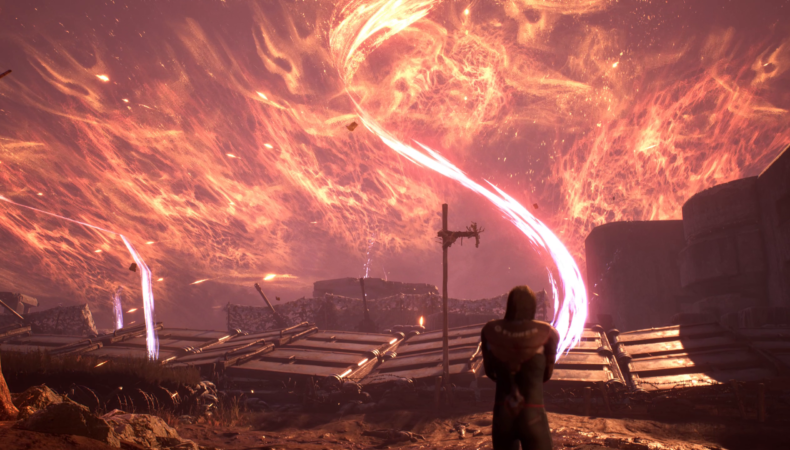 83 long years in cryostasis later, here we are finally on this surrogate Earth, while our foster mother passed away during our trip. From there starts an adventure with a seemingly basic scenario in which it is a question of two factions who compete for the vital resources of the world and Altered who have them great powers “offered” by devastating storms called anomalies.

And that’s what we are, except that unlike the privileged few survivors of these anomalies and who have become almost gods in 31 years of war (which we ourselves have spent in cryostasis following a confrontation that went wrong), we pledge allegiance to the good camp, at least that’s what we believe, because things seem a little more complex than that. Our role in this whole story is to help our “clan” to survive and find them a haven of peace.

The weight of age

After having created our male or female character via a tool as cheap as one can imagine, we are therefore launched on the lands of Enoch or rather in the corridors / arenas that the planet offers us. Because let’s face it, if the prologue lets us imagine fairly large playing fields, it is ultimately not the case and we continue the basic clashes in the worst level design that is. 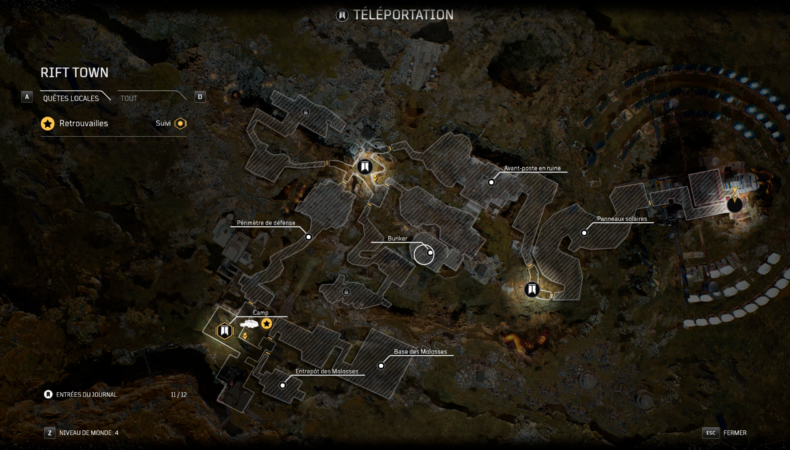 A succession of corridors and arenas therefore in which are placed low walls and other boxes to allow us to take cover behind and shoot the least unfortunate who dares to show his nod a little too much. In this, Outriders is a huge disappointment for what we have seen, we specify. He does not take any risk, is also quite soft, the weapons lacking potatoes and artificial intelligence being very limited.

The particularity residing all the same in the fact that to regain life, we are obliged to use our powers and to go in contact with the enemies, when it is not them who throw themselves in the mouth of the wolf. And therein lies all the difficulty, because if you are a chouïa in the open there will be no stray bullets, all enemy shots will be as remote-controlled towards you, despite an AI that is more than basic.

We must therefore “learn” to play cautiously and aggressively at the same time. Compared to the powers elsewhere, following the prologue and our awakening 31 years later, we choose our class after a certain event. There are four, Technomage, Pyromage, Illusionist and Tellurist or respectively a formidable sniper at long range, a rifleman who is at medium range, a melee adept and an iron defense tank.

Of course, their special abilities go hand in hand with their class affinities. And here we come to the most successful point of Outriders in our opinion, it is precisely the complementarity of classes. They are harmonious between them and our few clashes in four-way cooperation gave very good things. The clashes against other Altered (often zone bosses) also aroused our curiosity and energized clashes without flavor until then.

Our time-damaging Pyromagus was just as effective as the Illusionist able to teleport to the enemy to deliver the finishing blow, while the Techmagus held out farthest targets and the Tellurist defended as one starved to the front lines. Very good cooperation which raises the level somewhat at all. Yes, Outriders cooperation works and it took that to catch up with the rest.

Also, if we put aside a narration and characters that are most cliché and bleak, the universe of Outriders promises to be rich enough to be interesting, a bit like Anthem in fact, which offered an uninteresting narrative, but a nice flowery background with some interesting ideas. On the other hand, play it in English, the French dubbing being very average.

However, that is all well and good, but the question you are probably asking yourself is this: what to do on Enoch other than kick ass by the dozen? Well, nothing very original. We had access to the first tiny town in the game and its two merchants, its lover of rare items, as well as its chest, matchmaking and hairdresser. The leitmotif of the player is clearly the loot and in this, Outriders does the job correctly and displays his status of looter / shooter without particular pressure..

So, it’s a demo, and we know for example that there is craft, that we have not been able to experience yet, but know that exploration, there is not. We are not in the presence of an open-world either, but more of an open-field, which is not serious in itself, but even the few side quests present have offered us to survey areas exterior and interior revolving around the hallway / arena duo gimmick.

When we tell you that the level-design is very poor, believe us. We are on very lambda and dirigiste TPS with a hint of light-RPG for craft, merchants or equipment, all accompanied by a cooperative feature and a little classic looter side, but effective. Suddenly, in this demo in any case, there was not much to do and when we know that it integrates the entire first chapter of the game and therefore already 3-4 hours of play, it is quite disturbing.

Especially since in terms of pure achievement, it is not a panacea either. On PC, it still lacks support for many graphical effects, with a horrible DLLS enabled by default that must absolutely be disabled in the game files, and a motion blur over which we have no control and which results in the sheaf sometimes. Same, you have to go through the files to change all that.

Artistically, there could be something to be had outside the demo area, in any case this is what the prologue and the gameplay videos or trailers broadcast so far suggest. Because what we played in this first chapter was nothing exciting and it could have taken place on earth in a war zone that it would not have changed..

Also, for a game that aims to be a new generation, we are far from the expected result and even on Xbox Series X, we were quite disappointed, particularly on the animations and character models. So, we don’t yet know what remains to be implemented as a graphics option in the game, but as it is, Outriders is far from incredible.

So we’re not going to shoot the ambulance with the already flat tires, but Outriders is far from having conquered us for the moment. The doubts we had about it have been confirmed for the most part and it would really take a miracle for the game to succeed in passing from its status of average cooperative and déjà vu, even backward-looking, to the stage of big surprise.

Because the concern ultimately is that everything, from its gameplay to its progression mechanics, through its scenario and even its cooperation, has already been seen or done elsewhere. The worst part of all this is that we do not see what could here make us drop a Destiny 2 or a The Division 2 (even if different) for the latter. So we like People Can Fly, but now it smells like a scorch, and we hope that things settle down from chapter 2 and our real departure for Enoch, because as it is, Outriders is just average, and again.