People increasingly love to use genuine phones, iPhone market share in the US reaches an all-time high – VnReview


Counterpoint Research has just released a report showing that the iPhone 12 and Galaxy S20 FE are making very good progress in the US market. Meanwhile, people in this country increasingly prefer to use expensive phones.

According to Counterpoint Research, in December 2020, Apple continues to be the leader in the US smartphone market. Sales of the iPhone during the end of last year surged thanks to strong demand for the iPhone 12 5G. This helped Apple reach a record 64% market share in the number of phones sold in the US in the last month of 2020.

The number above is much higher than the products of other brands and is also the record for Apple. In December 2019, the iPhone was very popular, but only accounted for about 49% of smartphone sales in the US. Along with that, from January to September 2020, Apple’s market share in this area fluctuated around 45%.

The iPhone’s market share in the US reached its all-time high in December 2020 is believed to be due to the main reason Apple launched the iPhone 12 and iPhone 12 Pro at the end of October last year. At that time, Apple’s share of the smartphone industry in the US increased to 52%. Then, in November, when the iPhone 12 mini and iPhone 12 Pro Max were released, that figure reached 64%. Apple continued to maintain this number in December 2020. Entering the beginning of 2021, Apple is expected to experience a decline in sales and market share in the US due to competitors launching many new devices.

Although the iPhone 12 continuously dominated the US market late last year, Samsung still retained a significant market share. In December 2020, the number of Samsung phones sold accounted for 20% of the US market. This figure is down significantly from 26% in October 2020 but still very encouraging. The brand’s phones are still selling well in the US by the end of 2020 in large part due to the success of the Galaxy S20 FE launched in October. 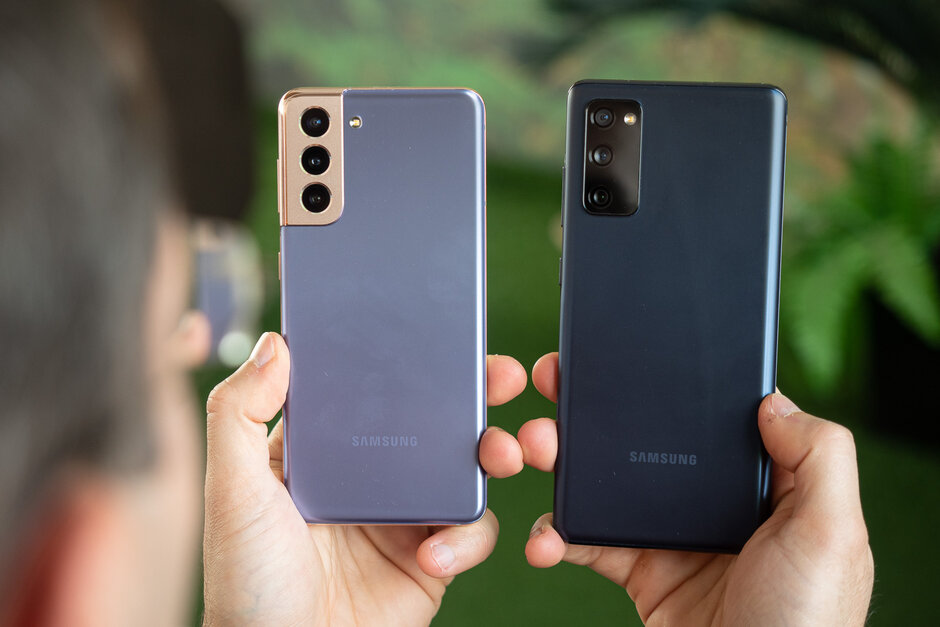 It is expected that Samsung phone sales in early 2021 will continue to be impressive due to the launch of the Galaxy S21. However, there will be a point to note that January and February, the phone market in the US is often quite sluggish. So maybe the number of Samsung phones sold at this time is not as large as the end of last year.

According to Counterpoint Research, Americans increasingly prefer high-end and super-premium phones at high prices. Such products accounted for 2/3 of smartphone retail sales in this market in December 2020. In 2020, 54% of phones sold in the US are high-end and super-premium. This is explained by the recent encouragement and marketing of 5G smartphone products by carriers. This seems like good news for Samsung and Apple because these two brands own the most popular flagships in the US. 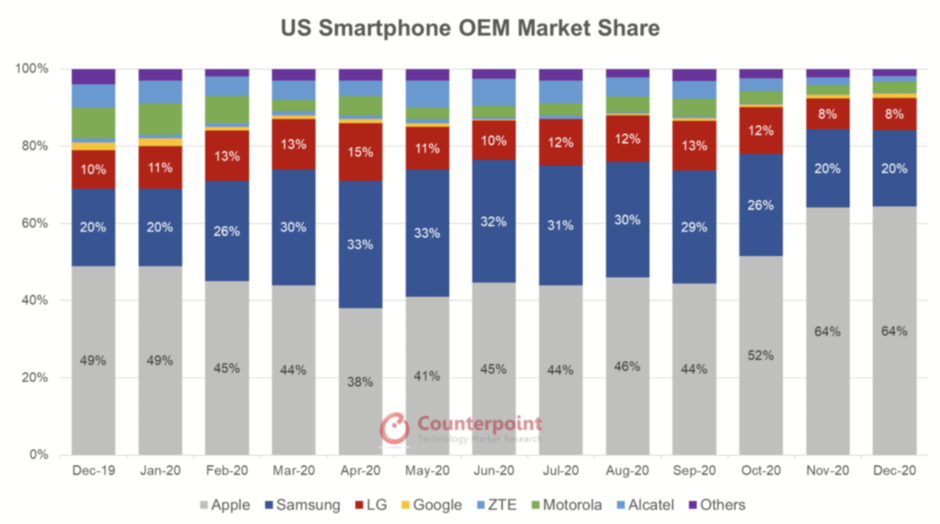 Over time, the smartphone market in the US has only four major brands: Apple, Samsung, LG and Motorola. Other smartphone brands have a very small share of the US market. However, in December 2020, Americans seem to like to use Apple and Samsung products, making Motorola’s market share smaller and smaller and LG struggled to keep 8-12% of the total market sales.

In addition, the US phone market also marked a decline in sales of Pixel phones from Google. Meanwhile, Alcatel is facing many difficulties due to shrinking demand for low-cost phones. Meanwhile, ZTE is slowing its sales in the US.

Nguyen Duong According to Phonearena