Overview of Xiaomi Mi Watch: It's not wrong to say this is a "cheap" version of Apple Watch !!!


Xiaomi will hold a big event in China on November 5 to announce a series of new products. Specifically, besides Mi CC9 Pro – the first smartphone in the world to have a 108MP camera system, the Chinese manufacturer also released the Mi Watch smartwatch.

At the moment, though not really detailed, the rumors that have appeared in recent times have provided us with a fairly complete view of the design, configuration and features of Xiaomi Mi Watch. So what's the upcoming smartwatch of Xiaomi?

In the past few days, we have seen quite a lot of design images of Xiaomi Mi Watch posted on websites. Leaks show that the upcoming smartwatch model of Xiaomi possesses a appearance that looks quite similar to the Apple Watch with a rectangular touch screen surface, with 4 slightly rounded corners. Notably, the Mi Watch also has a rotating bezel located above the tablet-shaped power button on the right side of the watch. 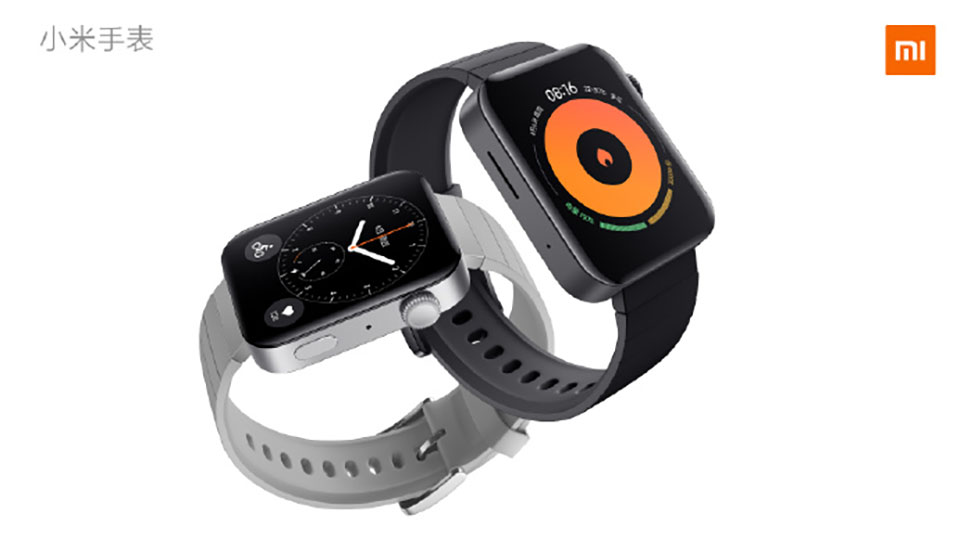 In addition, according to another render, the Mi Watch is also equipped with a high quality fluoro rubber strap, which is resistant to allergies, sweat and easily replaced. At the same time, the strap also has a dedicated key, allowing users to quickly remove the watch from their hands with just a few extremely simple steps, similar to Huaz's Amazfit. 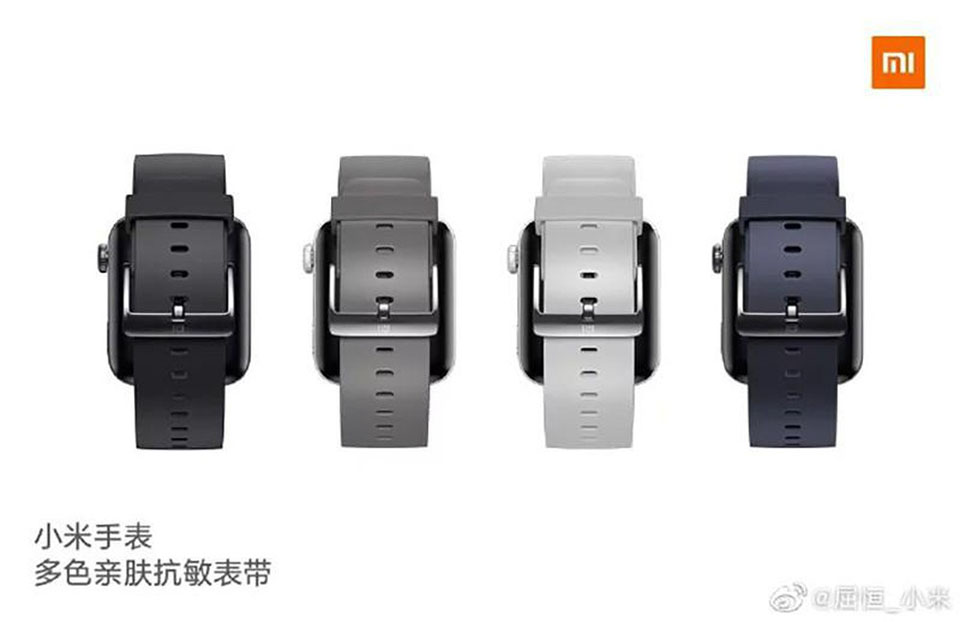 Xiaomi has confirmed that the Xiaomi Mi Watch uses a Qualcomm Snapdragon Wear 3100 processor. This smartwatch also supports connections such as GPS, NFC, Bluetooth and especially eSIM so users can use this device to make calls. Call without using smartphone. In addition, this watch also uses a linear motor and independent speakers. Xiaomi also says that the battery life of the Mi Smartwatch is impressive. 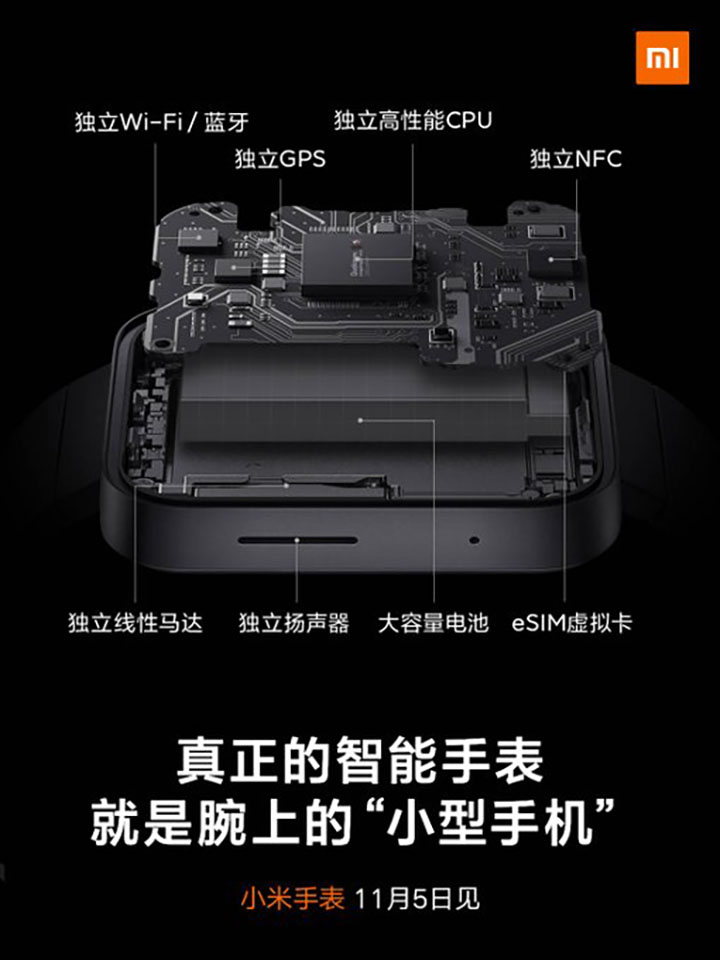 Despite speculation that the Mi Watch will come with Google's WearOS, it turned out not to be. According to Xiaomi, this smartwatch will run on a special OS – MIUI for Watch. This system is a version of MIUI with its own app store.

In the short intro video, MIUI for Watch is seen with simple layered app grid with square icons and dark background. This shows that MIUI for Watch will support the built-in dark mode like on smartphones. The video also shows that the rotate button on the Mi Watch can be used to navigate the interface.

Xiaomi also confirmed that the Mi Watch can install third-party apps, such as WeChat, QQ, Alipay or Didi ride-hailing app. However, due to screen size and limited storage, this smartwatch might not support the installation of regular Android apps. 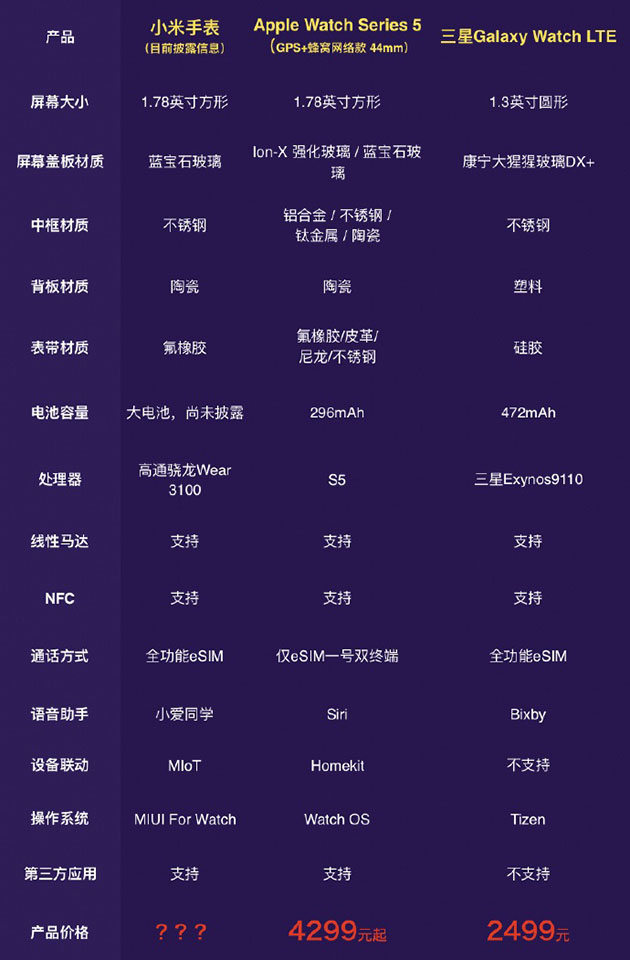 Xiaomi is reported to officially announce the Mi Watch alongside the Mi CC9 Pro smartphone at an event in China on November 5. Unfortunately, the price of this smartwatch has not been disclosed but many reports suggest that this smartwatch will be a bit more expensive than the Amazfit GTS and much cheaper than the Apple Watch.