Not long ago, the Oricon news newspaper posted a number of scenes and customer experience of virtual reality technology in the world of Universal Studio’s Attack on Titan. This trip to the world of Titan is opened at Osaka theme park as part of the Cool Japan attraction.

Attack on Titan virtual reality tour is also combined with a physical ride to help customers’ ears get the most realistic experience like entering the world of the movie.

The main attraction is the 10th anniversary of the manga of the same name by Hajime Isayama, this is the first XR trip of the series.

You will also meet characters from the film such as Eren, Mikasa, Armin, Levi, Hange and Sasha. 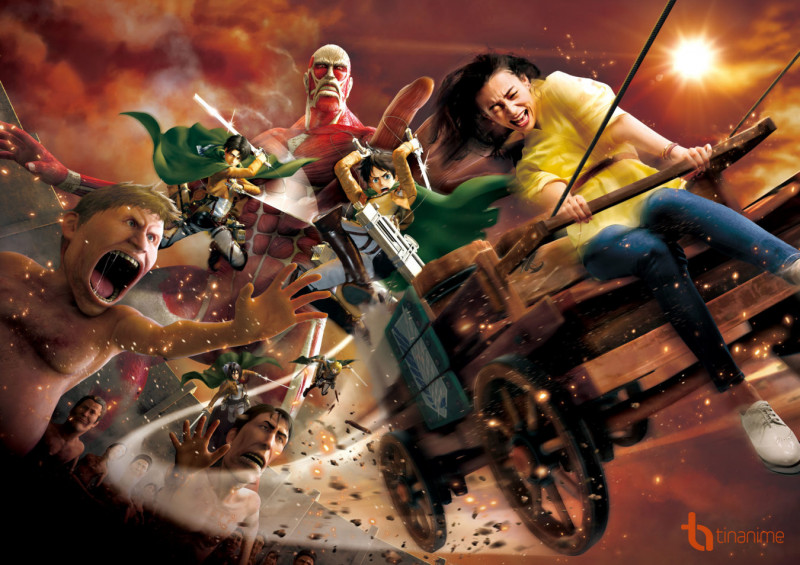