OnePlus 8 shows a prototype of the actual image, confirming the punch screen design


As such, OnePlus 8 will likely have a punch-screen design, instead of a waterdrop screen or a selfie camera like the OnePlus 7T / 7T Pro.

OnePlus has been working non-stop for many years now. Each year, the company usually launches four new flagships with a schedule every six months. Therefore, it is not uncommon for OnePlus 8 to be in beta to prepare for mass production.

Recently, a real photo of the OnePlus 8 prototype (possibly OnePlus 8 Pro) has suddenly appeared online, showing that OnePlus' new smartphone has many significant differences compared to these. previous generation.

As you know, OnePlus 7T comes with a waterdrop screen design, while the Pro version has a selfie camera mechanism. Like what we see in the image above, neither design language is applied to OnePlus 8. Instead, the next generation OnePlus flagship will have a small "mole" in the corner. Right screen to accommodate selfie camera.

And yet, the second image also confirms that OnePlus 8 (or OnePlus 8 Pro) will be adding a brand new gradient color option that has never appeared on the OnePlus 7T and 7T Pro. In addition, the rear camera assembly is placed in the same module, instead of separating the 3rd sensor to the outside like the OnePlus 7T Pro. 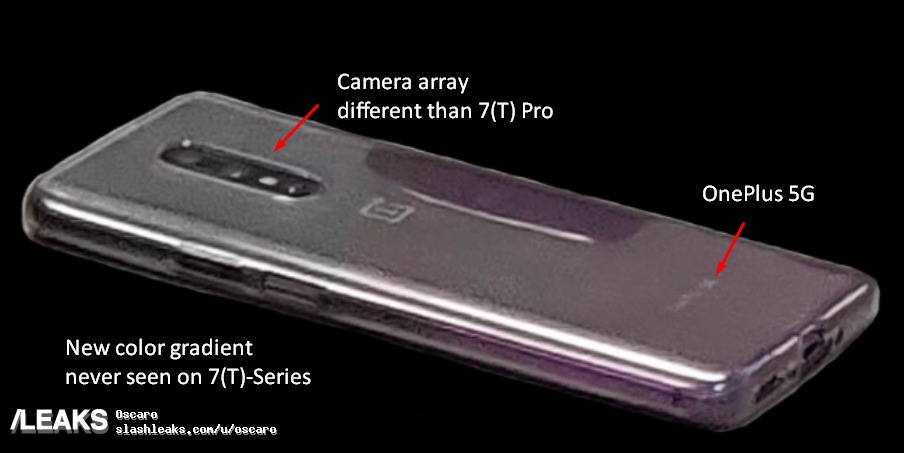 Of course, this is only a prototype and therefore, it may not be the final design of OnePlus 8. Perhaps, we still have to wait to get more information about this handset in next time.