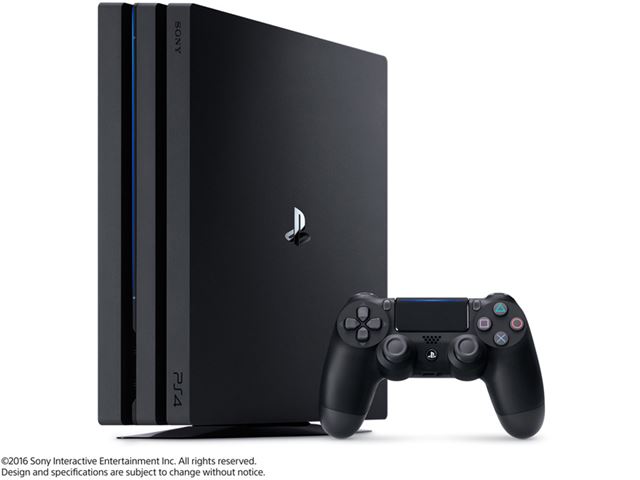 On November 10, 2016 (Thursday), two game consoles were released on the same day. On the other hand, “PS4 Pro” (PlayStation 4 Pro), which is a higher version of Sony’s main game console “PS4”. On the other hand, the Nintendo Classic Mini Family Computer (hereafter referred to as NES), which was reprinted from Nintendo’s popular game consoles on September 30, was announced. These are completely different types of products, such as high-end models with the latest price of nearly 50,000 yen and low-priced game machines for playing retro games, but with the advent of these two units, the game market is quickly revealed It is showing excitement.

Before looking at the data, let me explain the features of these two products. First of all, “PS4 Pro”, but here is only the upper version of “PS4”, it is characterized by the latest hardware is installed. The biggest feature is the graphic function that supports 4K output, and even PS4 game titles are up-converted to 4K equivalent resolution and output. In addition, in combination with the recently released “Playstation VR”, 3D images with higher resolution can be enjoyed, so many users are likely to purchase this as a set. The manufacturer’s suggested retail price is 44,980 yen (excluding tax). 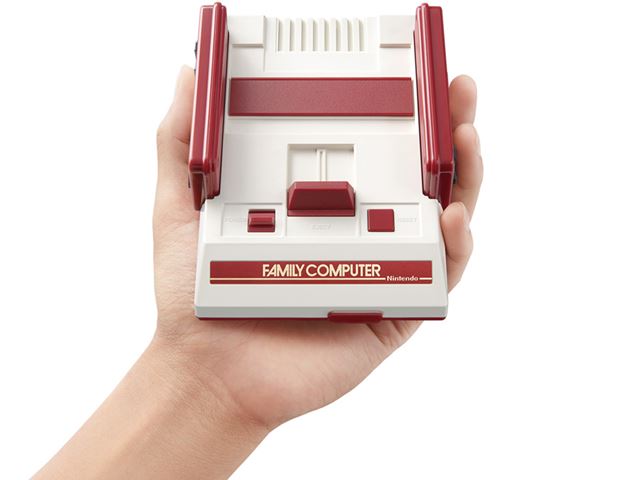 On the other hand, it is a “mini-family computer”, but it is a palm-sized game machine that imitates the popular game machine “family computer” of the past. Although game cartridges cannot be exchanged, the game data for NES of 30 titles is built-in, and you can play nostalgic games by connecting to a TV with an HDMI cable or the like. The manufacturer’s suggested retail price is 5,980 yen (excluding tax).

Figure 1: Changes in the number of accesses in the “Game” category (past 6 months)

Figure 1 shows the trend in the number of accesses in the “price.com” game console category as seen in “price.com trend search”. As you can see, weekly access on November 7 including November 10 has increased significantly. In the past two years, there has been no example of such a large increase in access, and it can be said that these two products have had a significant impact on the game console market, which has been somewhat stagnant. 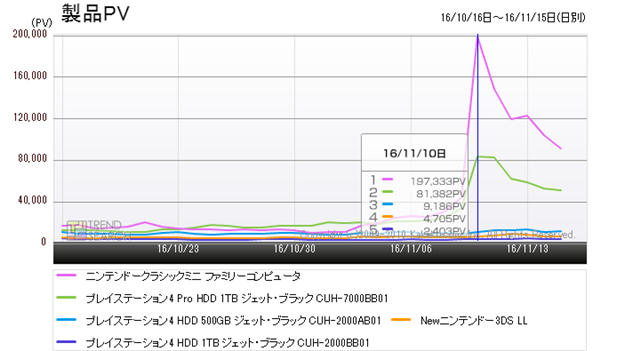 Figure 2: Trends in the number of accesses of the top 5 products in the “Game” category (last 3 months)

Let’s take a closer look. Figure 2 shows the change in the number of accesses of the five most popular products in the “Game” category, but it is clear that the access of the two products soared on November 10 and that this is boosting the overall access. It is. Of the above two products, the “mini NES” has more access, more than twice the “PS4 Pro”. In terms of the degree of attention, the “mini-family computer” has surpassed, but this seems to be largely due to the shortage situation described below.

Both products are currently in short supply. Mini NES also has a premium price more than double the original price 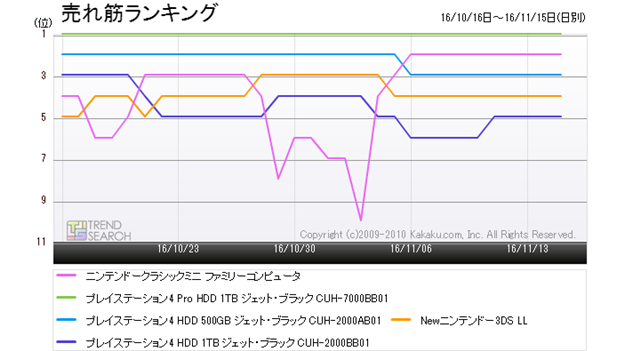 Fig. 3 shows the ranking of the top five popular products in the “Game” category. Looking at this, it can be seen that “PS4 Pro” has been stably maintaining the top position before its release, while “Mini Famicom” has been somewhat unstable. The reason why the rank of “mini-family computer” has been so volatile is the problem of supply of unreliable products. As can be seen from the trend in the number of stores that handle two products in Fig. 4, as for “PS4 Pro”, about four stores were registered at all times, while “mini Famicom” was more popular because of its popularity. They had been sold out for a long time before they were released, and this shortage situation had caused them to “can’t afford to buy.” 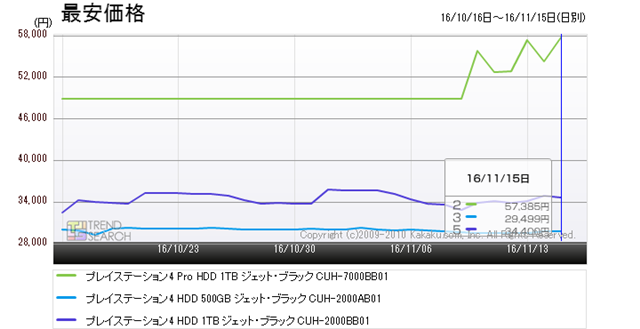 Figure 5: Trends in the lowest prices of the two products “PS4 Pro” and “PS4” (last month)

In addition, reflecting the shortage situation, the main unit price is also rising. Figures 5 and 6 show the transition of the lowest prices of “PS4 Pro” and “Mini Famicom”. It can be seen from these figures that the prices of both products have risen since the release date. It is the so-called premium price. As of November 16, the price of the “PS4 Pro” is 56,974 yen (up about 17%), and that of the “mini NES” is 13,591 yen (up about 110%). All of them are currently in a state where they can not be purchased at regular prices, but the “mini Famicom” may be cheaper at the original price, but at present it is quite a premium price of 210% of the manufacturer’s suggested retail price , Indicating its popularity.

Both products have a high degree of satisfaction, but the mini NES has a small controller with a slight neck 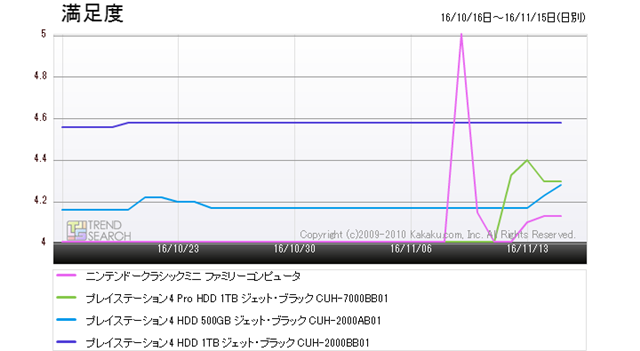 Fig. 7: Satisfaction trends of “PS4 Pro” and “PS4” two products, and “Mini Famicom” (past one month)

Now, about two weeks after the release, what are the user ratings and satisfaction levels? Fig. 7 shows the transition of satisfaction with “PS4 Pro” and “Mini Famicom”. For your reference, the satisfaction level of two new “PS4” models released on September 15 is also posted. Looking at this, the “PS4 Pro” is settled down with a satisfaction level (4.29) that is almost the same as the 1TB model of the “PS4”, but the “Mini NES” is now slightly lower at 4.12 after a fluctuating high It is an evaluation (both as of November 16, 2016 satisfaction).

When looking at user reviews for the Mini NES, it goes without saying that the rating for the item “Expandability” is low at 1.38 (Fig. 8). Since this unit is a stand-alone product, it does not have expandability basically, but many users say that it is “regretful” that it is difficult to play games because the controller is small. “It’s good to have nostalgic software and it’s affordable, but it’s too compact and it’s hard to use the controller. I think it would be nice if it was full size.” “I wish I had at least a terminal to connect the controller via USB. There are overwhelmingly many people who say that this is a negative evaluation.

On the other hand, it is “ PS4 Pro ”, but for “ drawing / image quality ” it is truly high evaluation of 4.71, and “ operability ” is also high evaluation of “ 4.47 ”, but “ design ” is 3.58, size is slightly 3.66 The rating is low (Figure 9). Regarding the highly evaluated drawing, image quality, operation feeling, etc., “For the time being, the sound is quiet, the UI speed and the download speed are likely to benefit by about 1.5 times” “Honestly exceeded expectations. Even if you play a game on a PC, the image quality itself is better on a PC. “” Even with a normal title, the picture quality is extremely high. PS4Pro will only be upcoming and it will be beautiful at all. ” The biggest selling effect of 4K image quality seems to be enormous. In terms of hardware, many say that it is as expected or better, and the satisfaction in that regard seems to be high.

On the other hand, there were also opinions such as “minus that does not support UHDBlu-ray” and “it is large for a fair game console” in terms of body size, functions and expansion, etc. However, none of these are fundamental parts of a high-end game console, and it seems that the users who have purchased are generally satisfied. In the future, the spread of VR titles and the appearance of special software for “PS4 Pro” will likely change this evaluation significantly.