Nokia 3.2 is like its other brothers, still equipped with a pretty good configuration in price range, rugged and rugged design, terrible battery packs and particularly attractive prices that are easily accessible to many users. . More specifically, the Nokia 3.2 supports the Google Assistant quick call key located on the left side of the device, which helps manipulate using Google virtual assistant better.

Before going into the box and on Nokia 3.2 details, let's take a look at the price of the device. Nokia 3.2 has 2 versions, 2GB RAM configuration for sale price of VND 2.9 million and 3GB version for sale of VND 3.9 million.

In terms of design, with its relatively cheap price, Nokia 3.2 is only equipped by the manufacturer for the fake plastic back, which is quite slick and enough to honor the delicate look of the machine. Despite being fake glass, this back is still very shiny and of course easy to sell fingerprints. 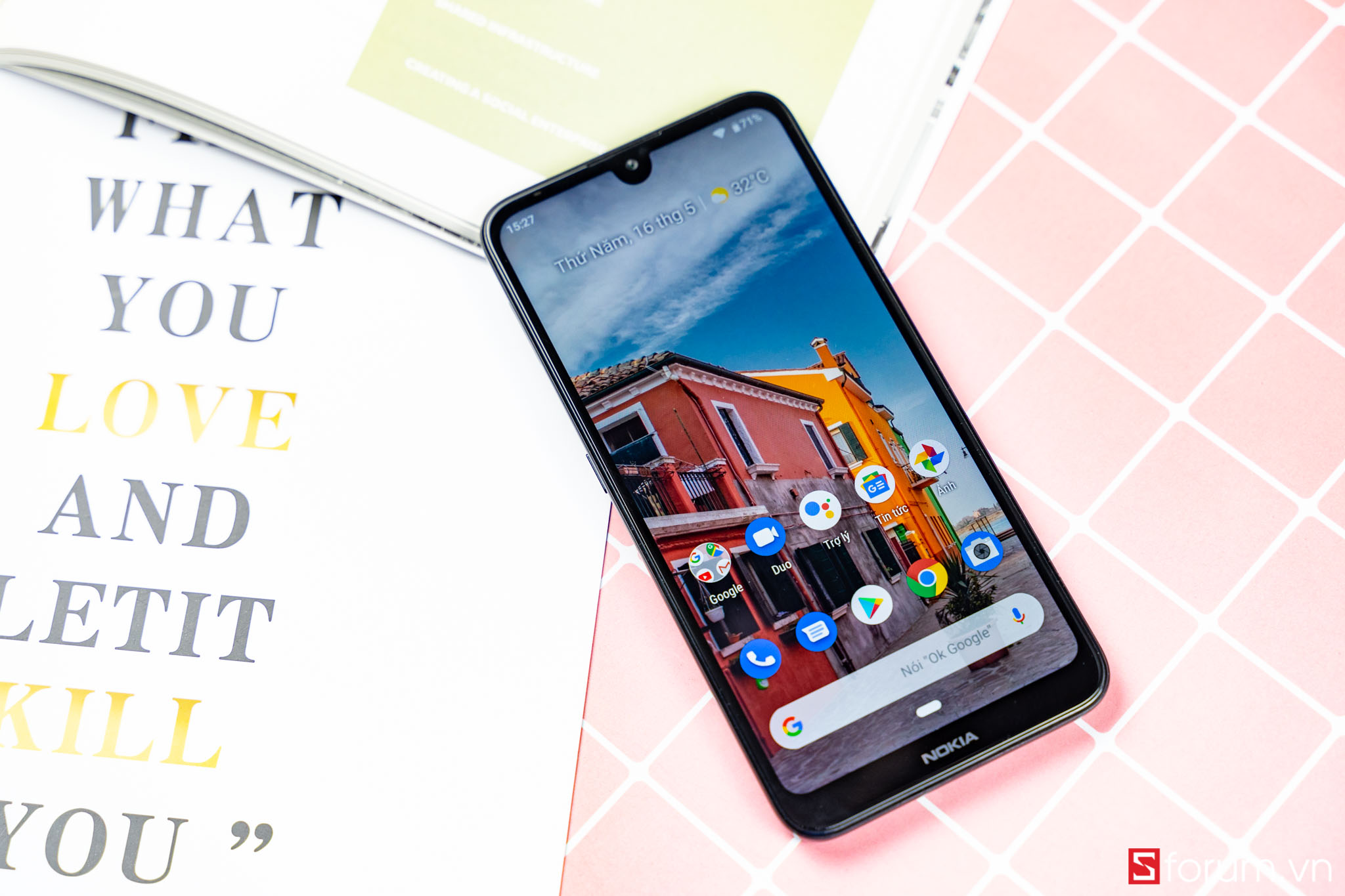 As a cheap product, the price is under VND 4 million, but the way Nokia built the design of Nokia 3.2 is irrefutable. The edges are meticulously processed, there are no redundant points that are uncomfortable to handle. The front of Nokia 3.2 is 2.5D curved glass, if you swipe your hand from the edge to the screen, it will be very comfortable, not feel or uncomfortable as on some models from China. 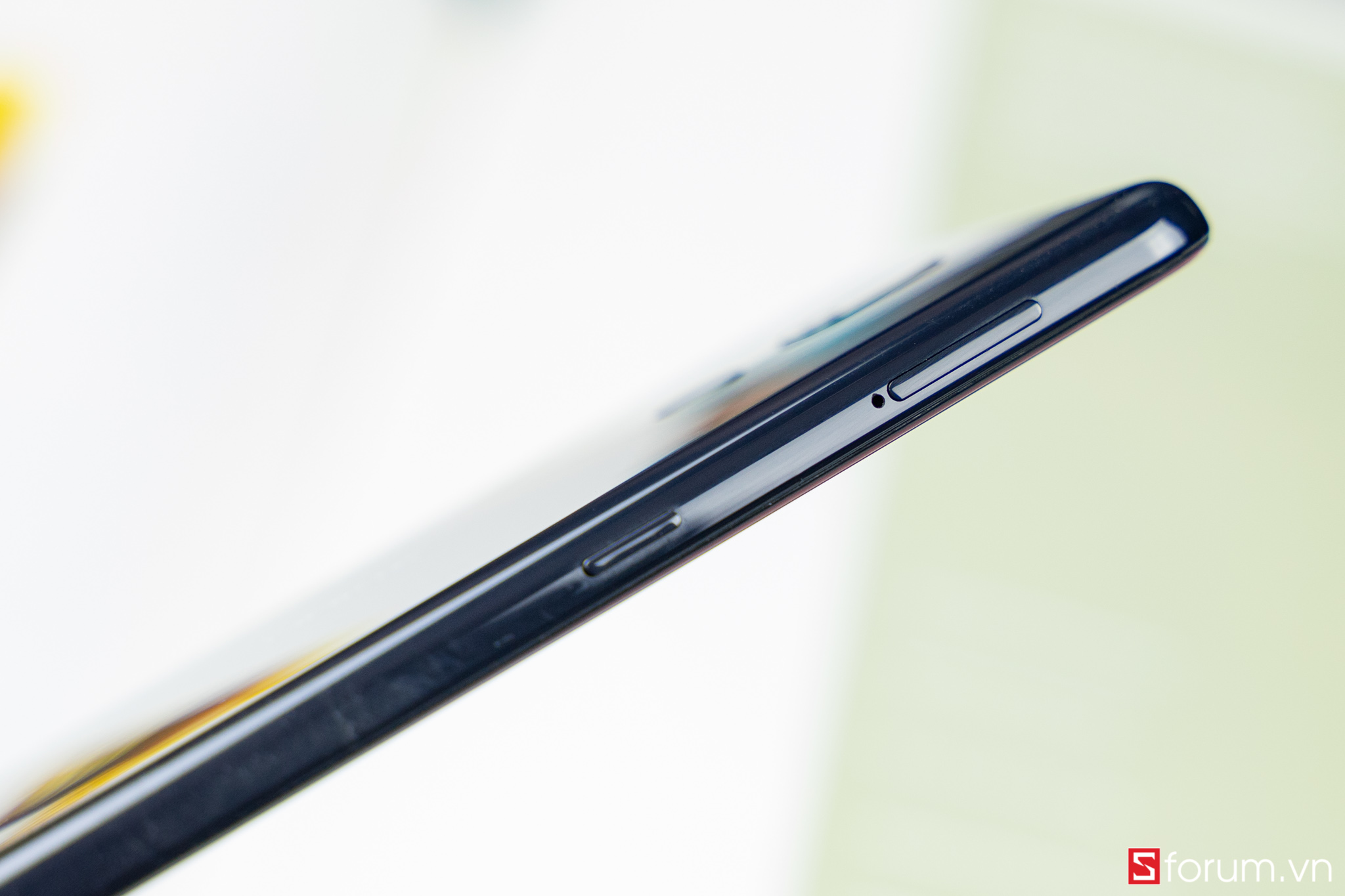 Google Assistant quick activation key is located on the left side, just below the SIM / memory card slot

In general, in terms of shaping and machining, Nokia is doing very well and other manufacturers should learn Nokia. 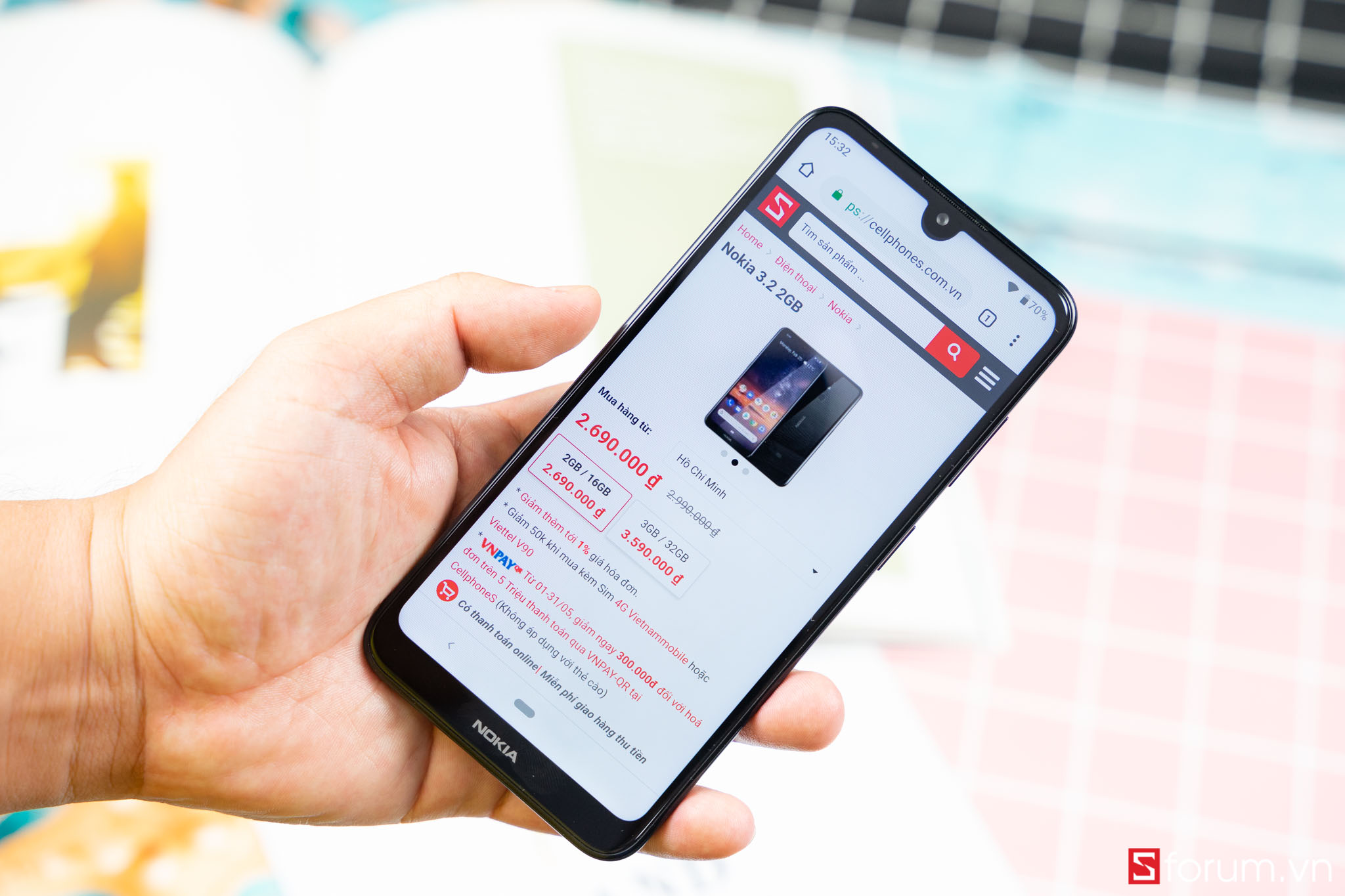 Nokia 3.2 has a large display screen of up to 6.26 inches HD + resolution of about 269 ppi pixel density. Screen parameters are not too good but for basic users this device is still enough for daily use.

In return, the screen of the Nokia 3.2 reproduces colors quite well, clear and wide viewing angles. In addition, the relatively high brightness also makes it easier to display outdoor content. 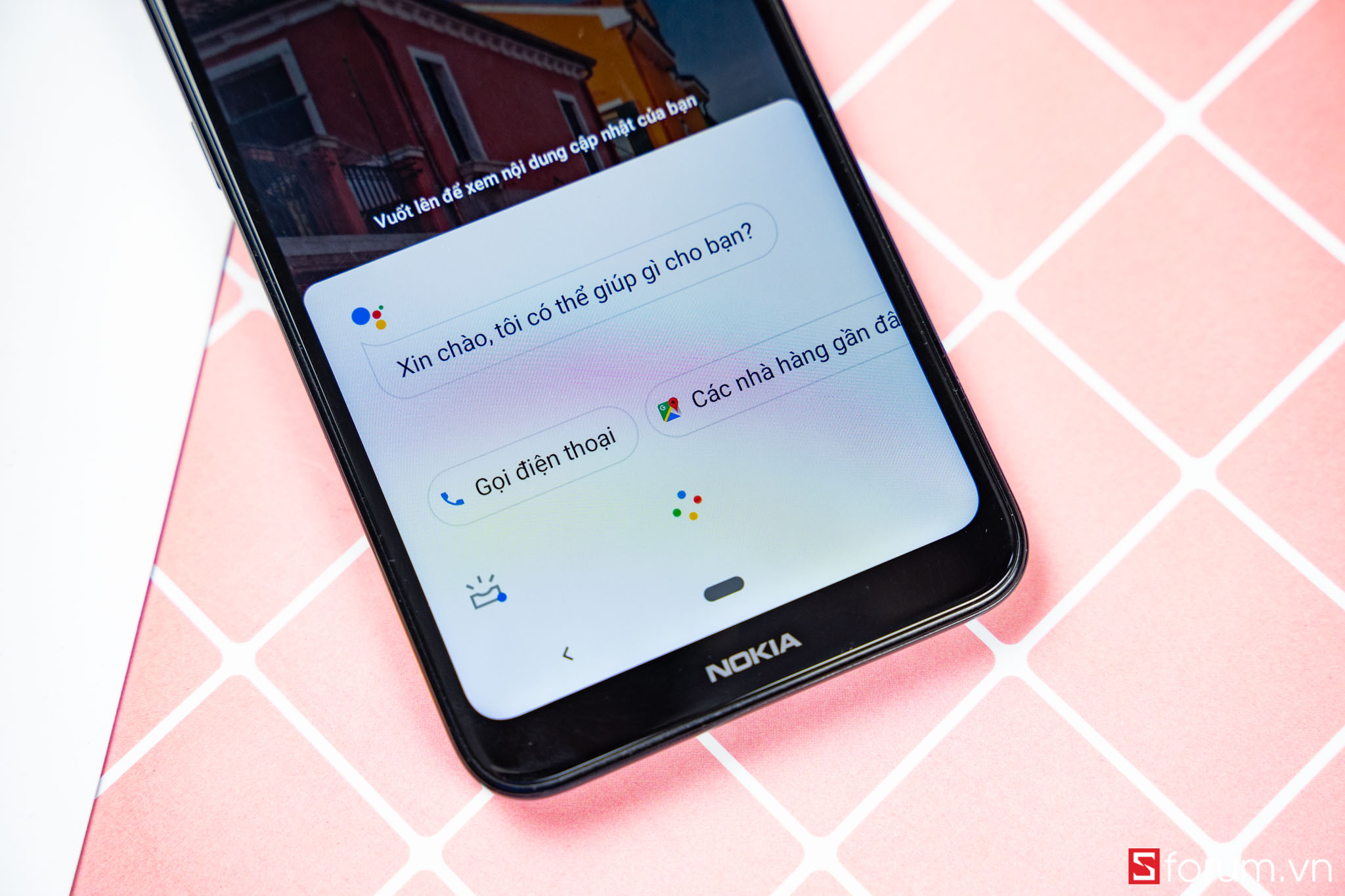 The chin part of Nokia 3.2 is quite thick because the company deliberately "stuffed" the Nokia logo inside it, but this drawback does not affect too much to the user experience.

Coming to the hardware configuration, as mentioned above, Nokia 3.2 comes with 2 memory versions, including turn-over of 2GB RAM + 16GB ROM and 3GB RAM + 32GB. Both versions work with Snapdragon 429 processors, which is a fairly new processor and probably many users are still confused about it. 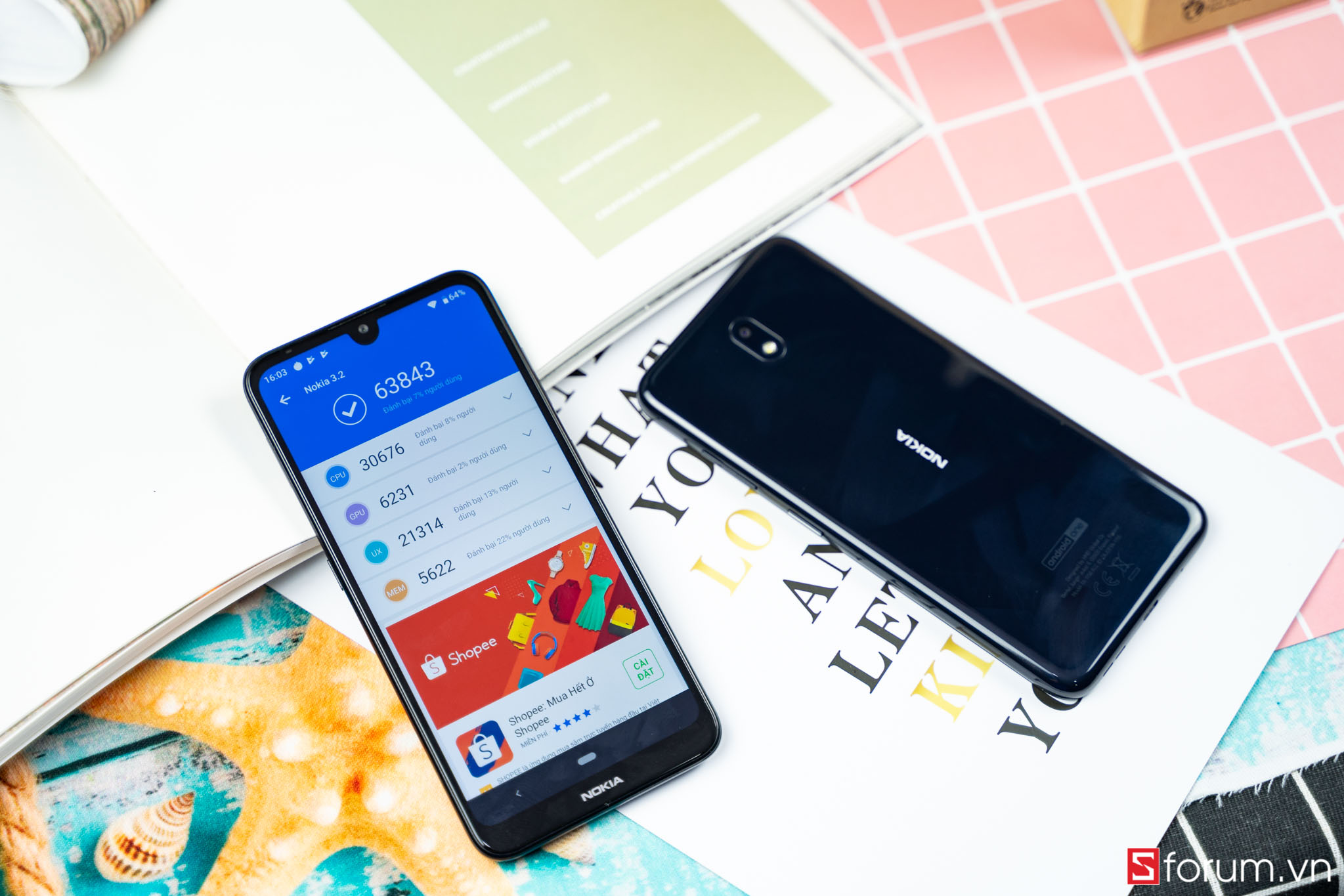 Snapdragon 429 is a low-cost microprocessor made up of around 1.8GHz Cortex A53 cores and an Adreno 504 GPU that ensures good graphics performance and processing. 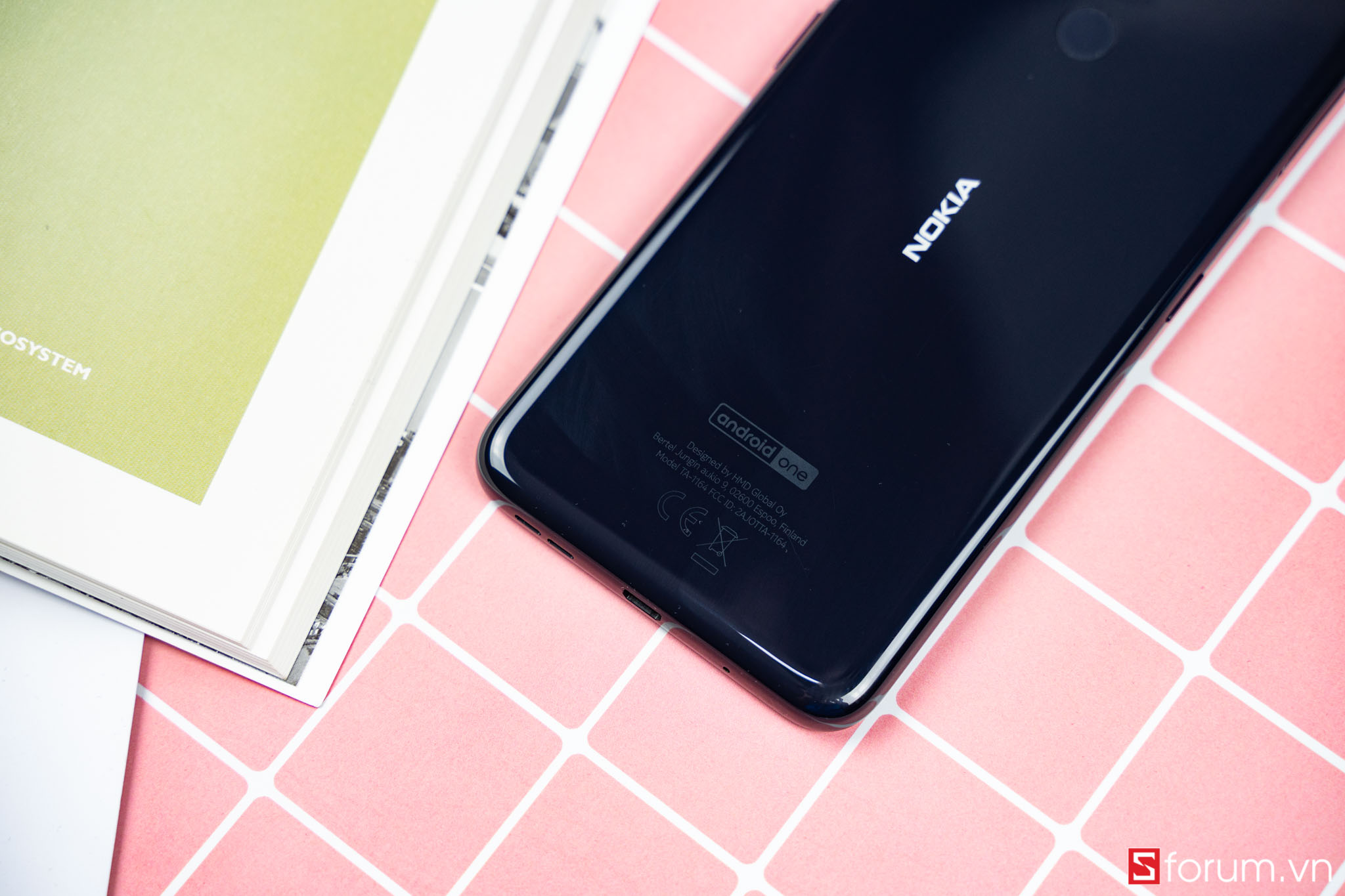 All Nokia products are included in the Android One and Nokia 3.2 projects without exception. And so Nokia 3.2 is equipped with the latest Android 9, with software optimization thereby promising a more stable experience than similar-priced devices.

Android One also ensures that Nokia 3.2 will be supported with longer software updates than products not included in this project, which is also the advantage of most Nokia devices. 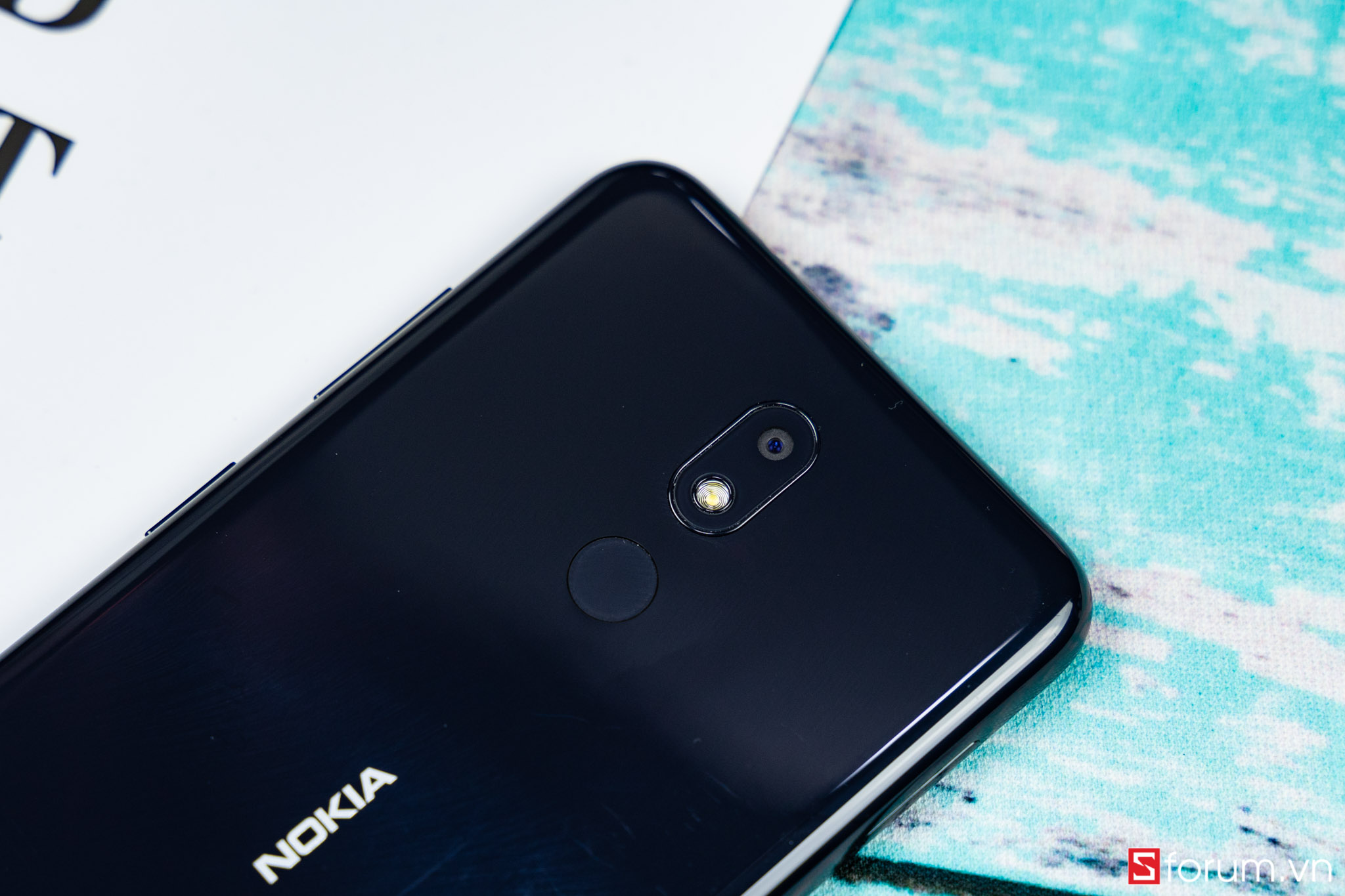 About the camera, Nokia 3.2 owns a single camera system with a modest 13MP aperture of only F / 2.2. The 5MP selfie camera also has an aperture of F / 2.2. The front and rear camera duo is enough to help users get detailed pictures in bright enough conditions, and when shooting with bright aperture not too large, image quality may stop at acceptable levels. never mind. Obviously, in this price range of under 4 million, we should not ask too much about product cameras. 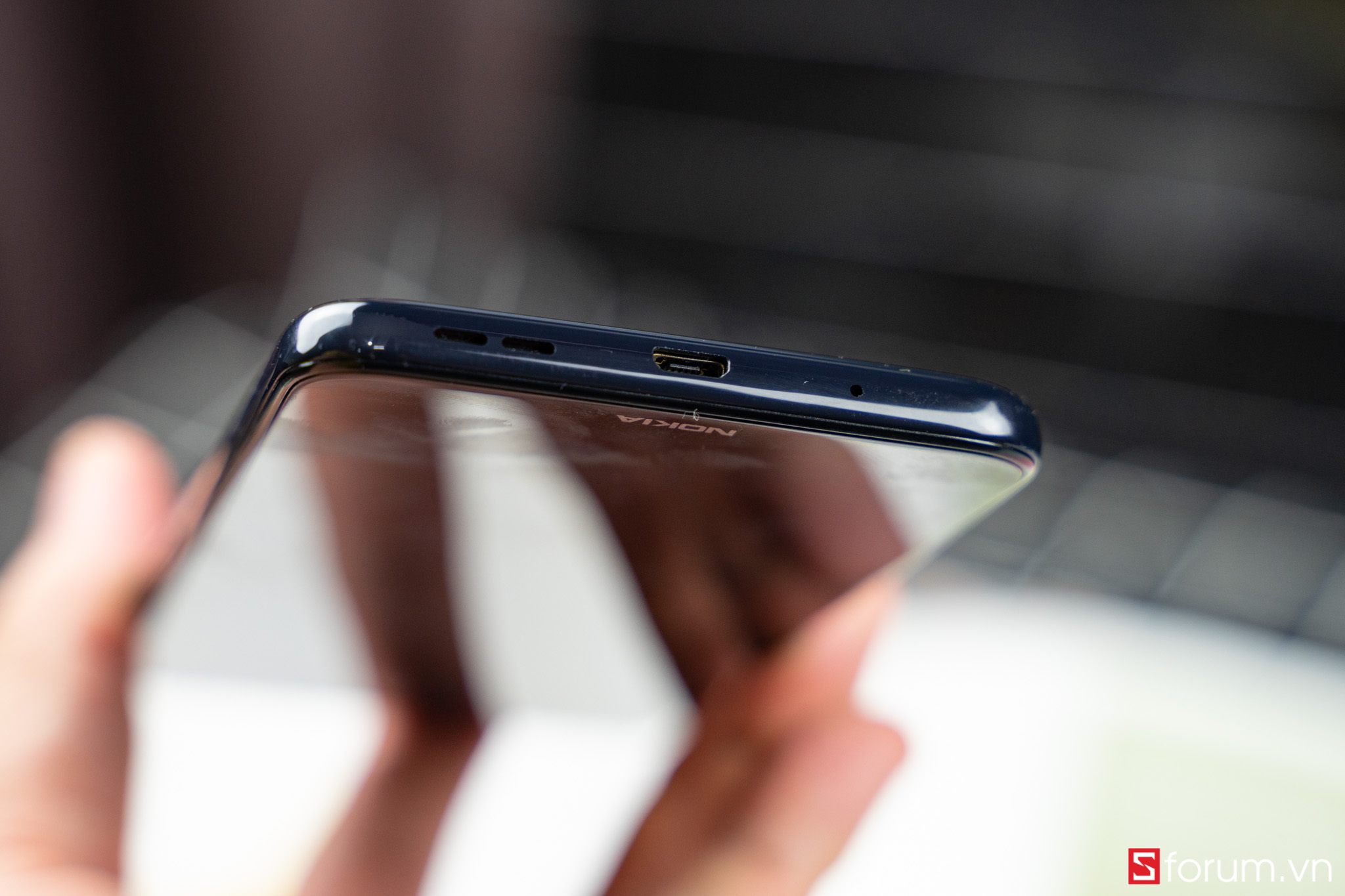 Finally, in terms of battery specifications, the battery-powered Nokia 3.2 is rated to be quite terrific, with a capacity of up to 4,000 mAh with a display of HD + resolution and quad-core processor, perhaps the battery This will bring an extremely impressive usage time.

According to calculations, if the user needs to use basic, Nokia 3.2 can stay up to 2 days without charging. More specifically, this product supports 10W fast charging, not too fast but enough to shorten the full charge of the product. 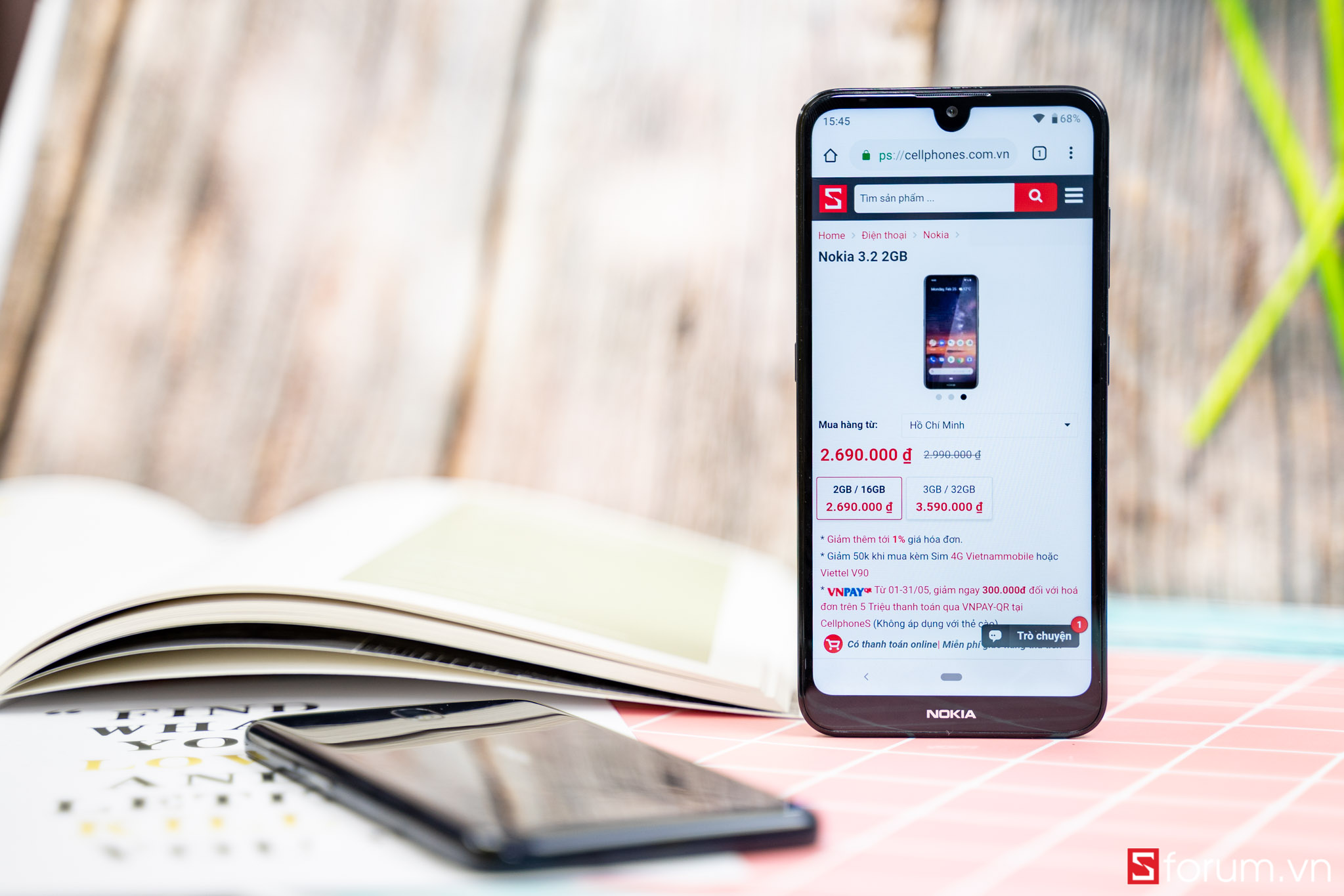 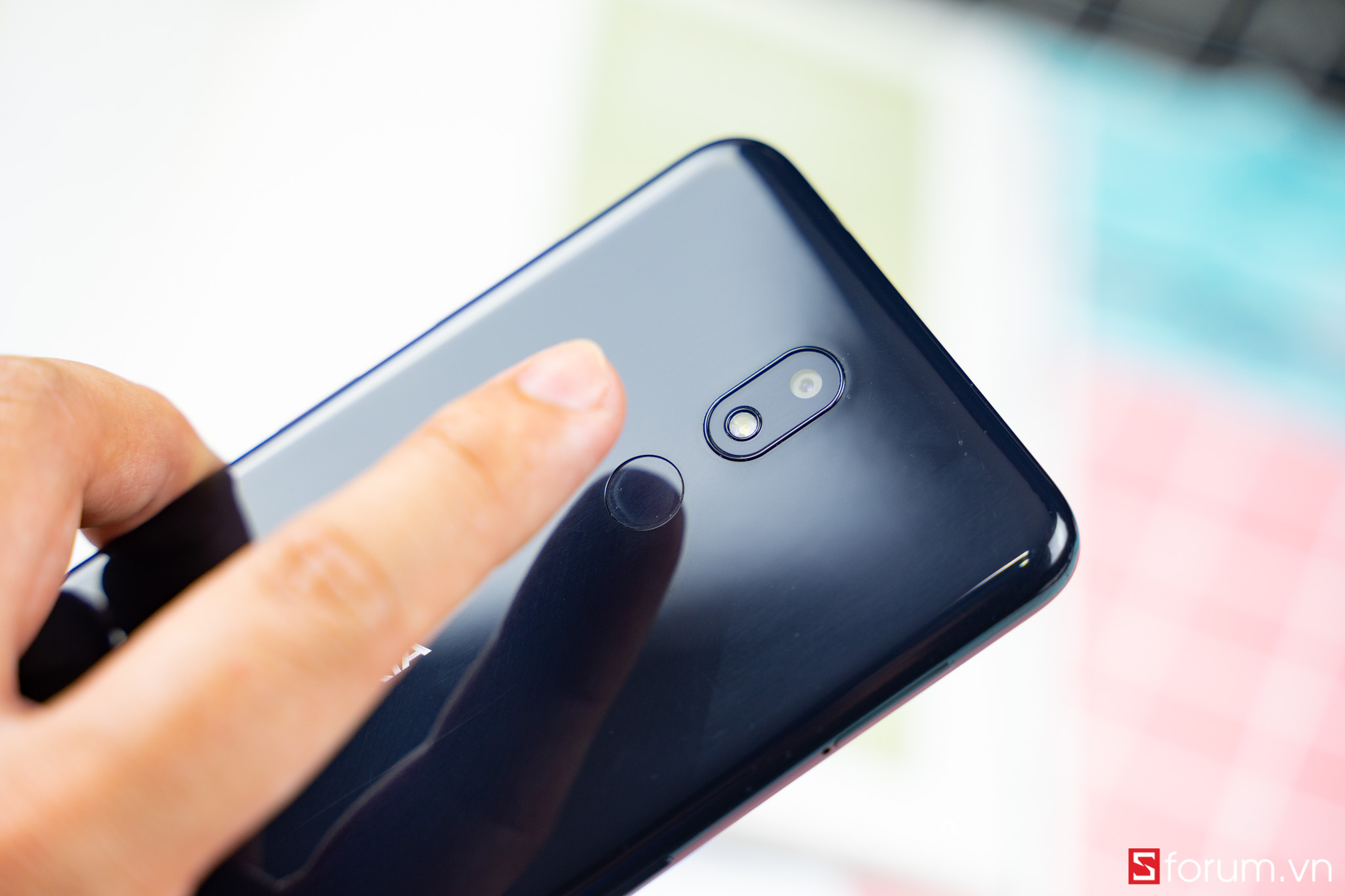 The 2GB version is priced at VND 2.9 million and the 3GB RAM version has a slightly higher price of up to VND 3.9 million.

At the present time, when choosing Nokia 3.2 at CellphoneS, customers will receive extremely valuable gifts including: 1 spare battery charger Energizer 10,000 mAh and one coupon worth 300K for Nokia 3.2 2GB RAM or 400K with 3GB RAM version (Gifts and coupons can be deducted from the bill).

Here are some pictures of Nokia 3.2 hand made by Sforum.vn: 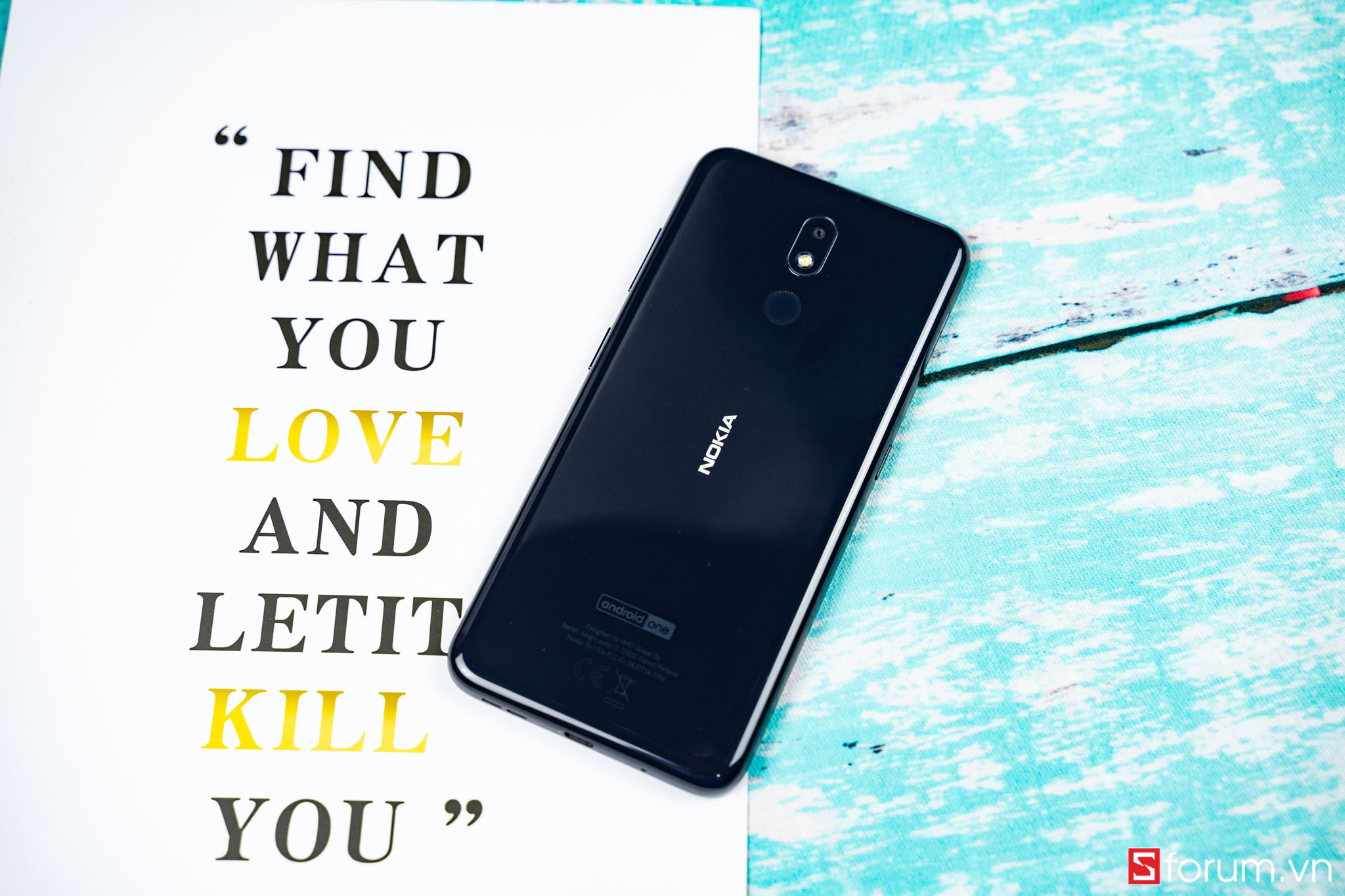 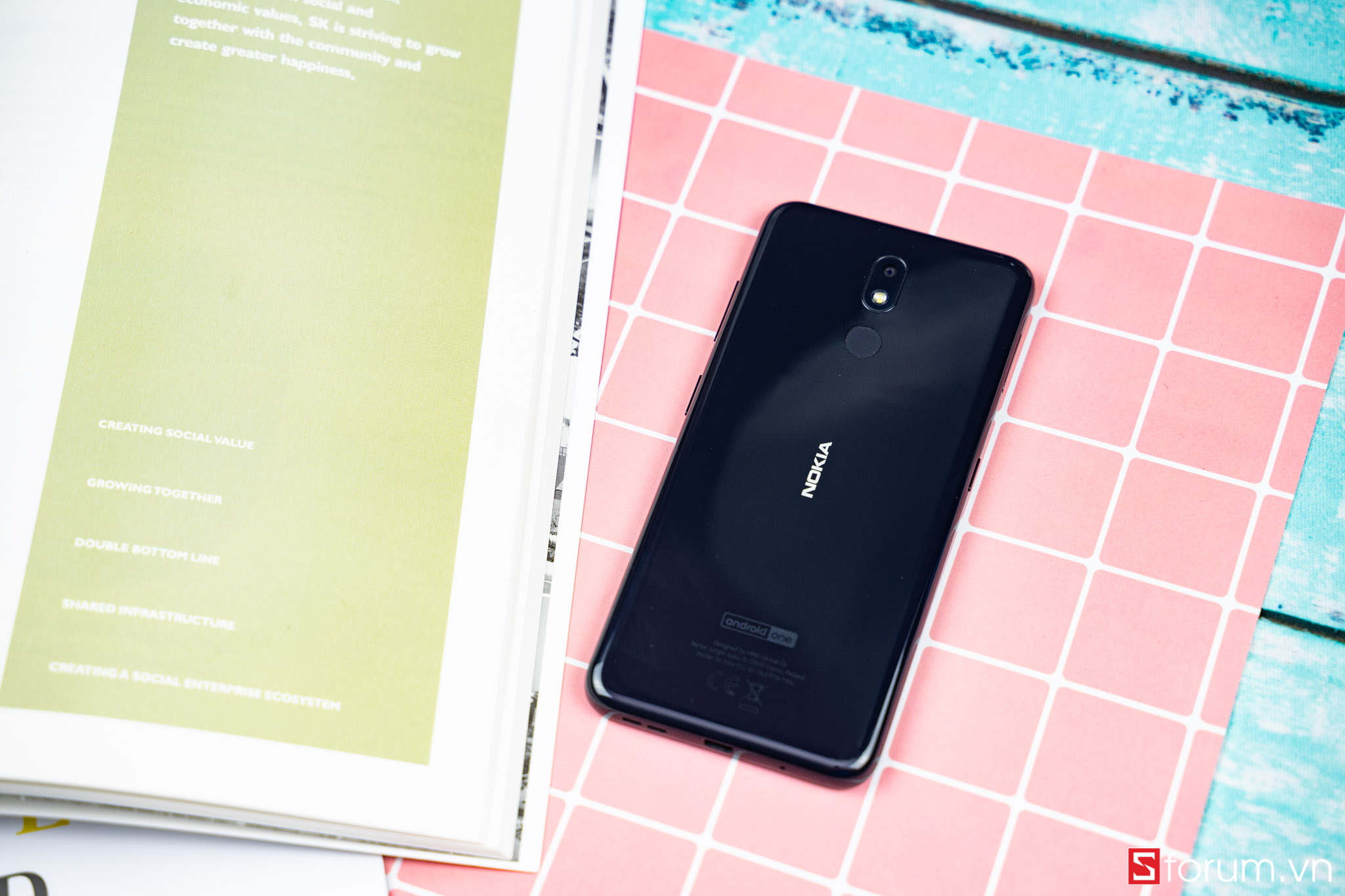 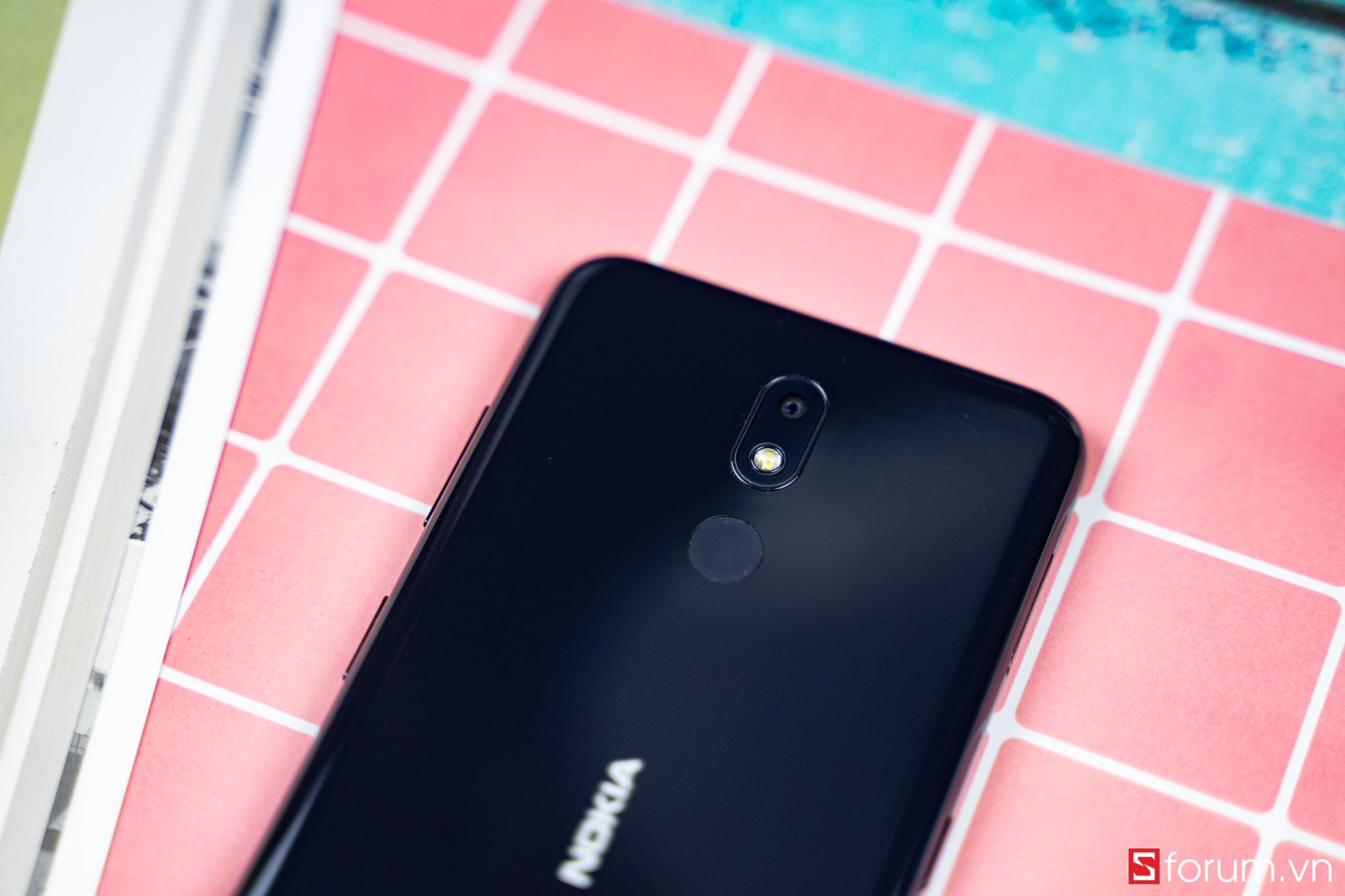 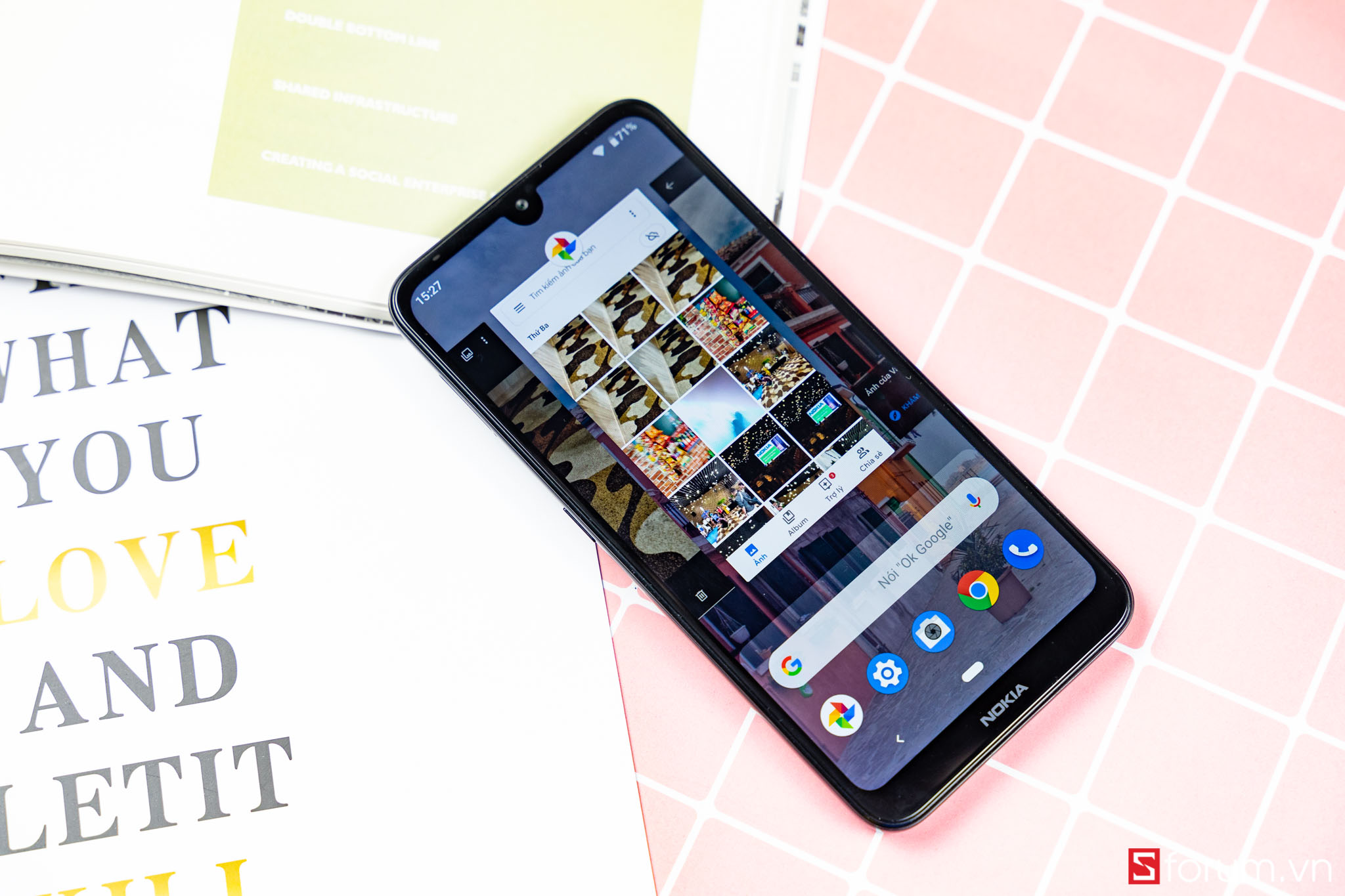 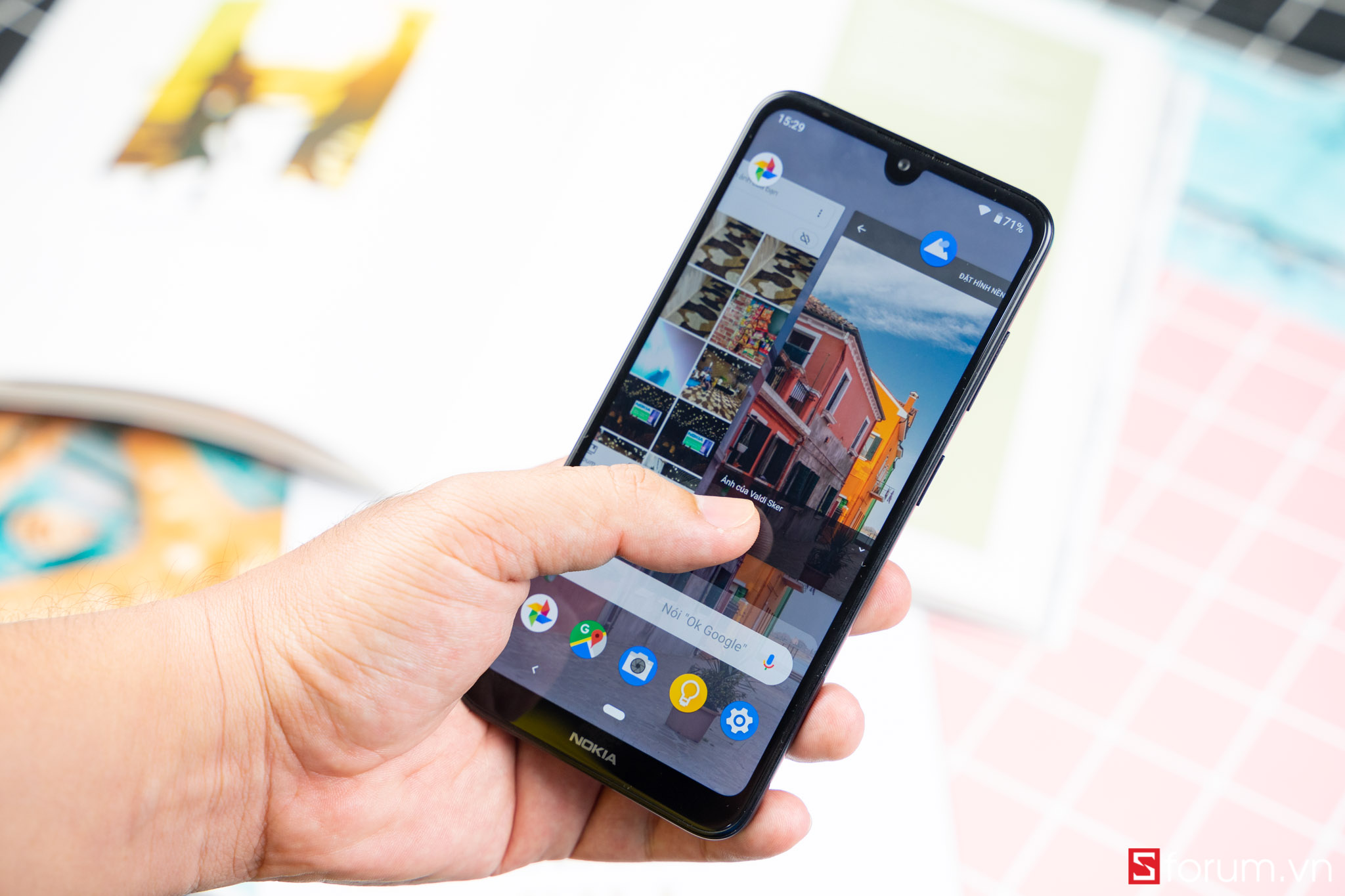 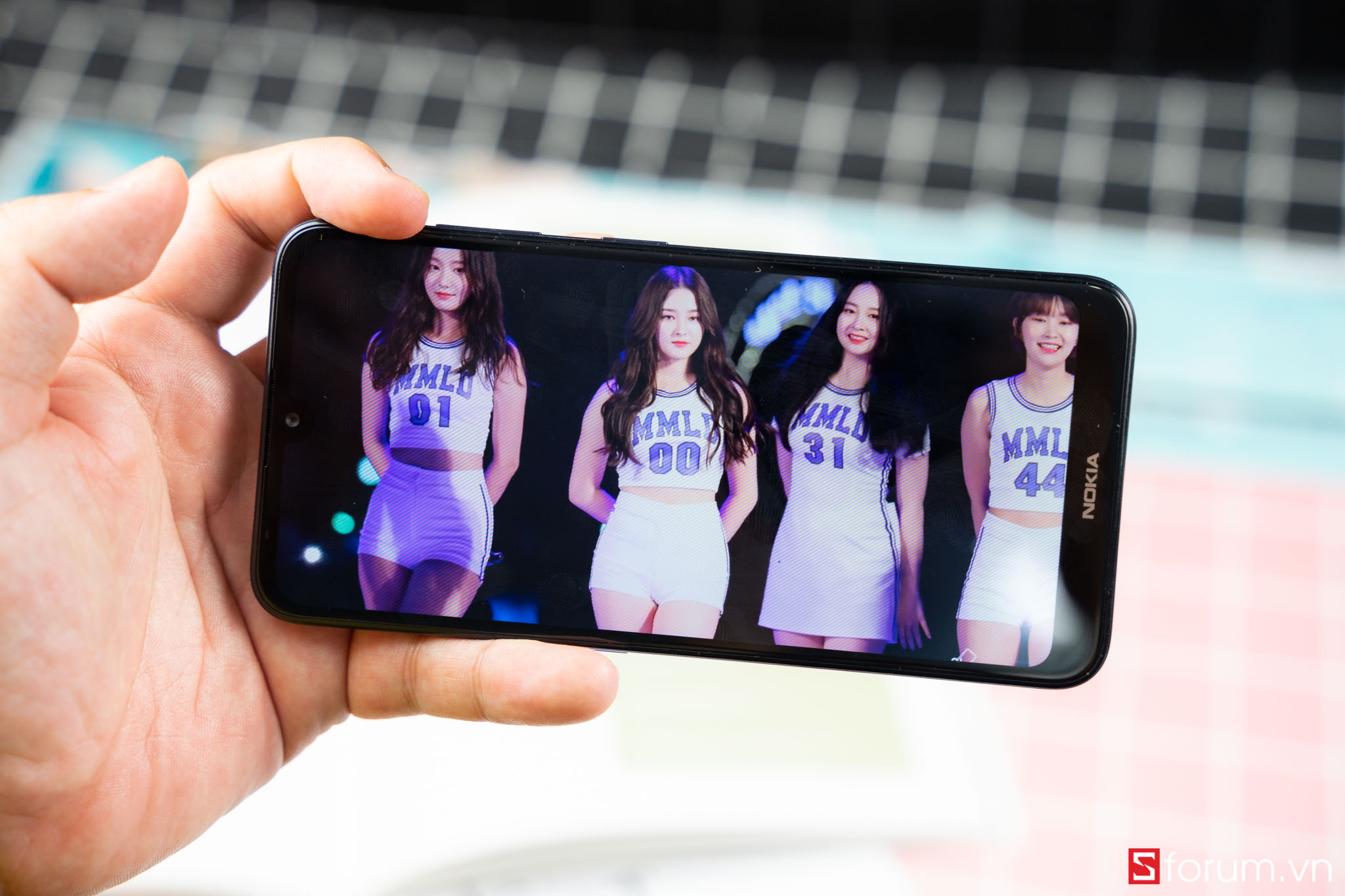 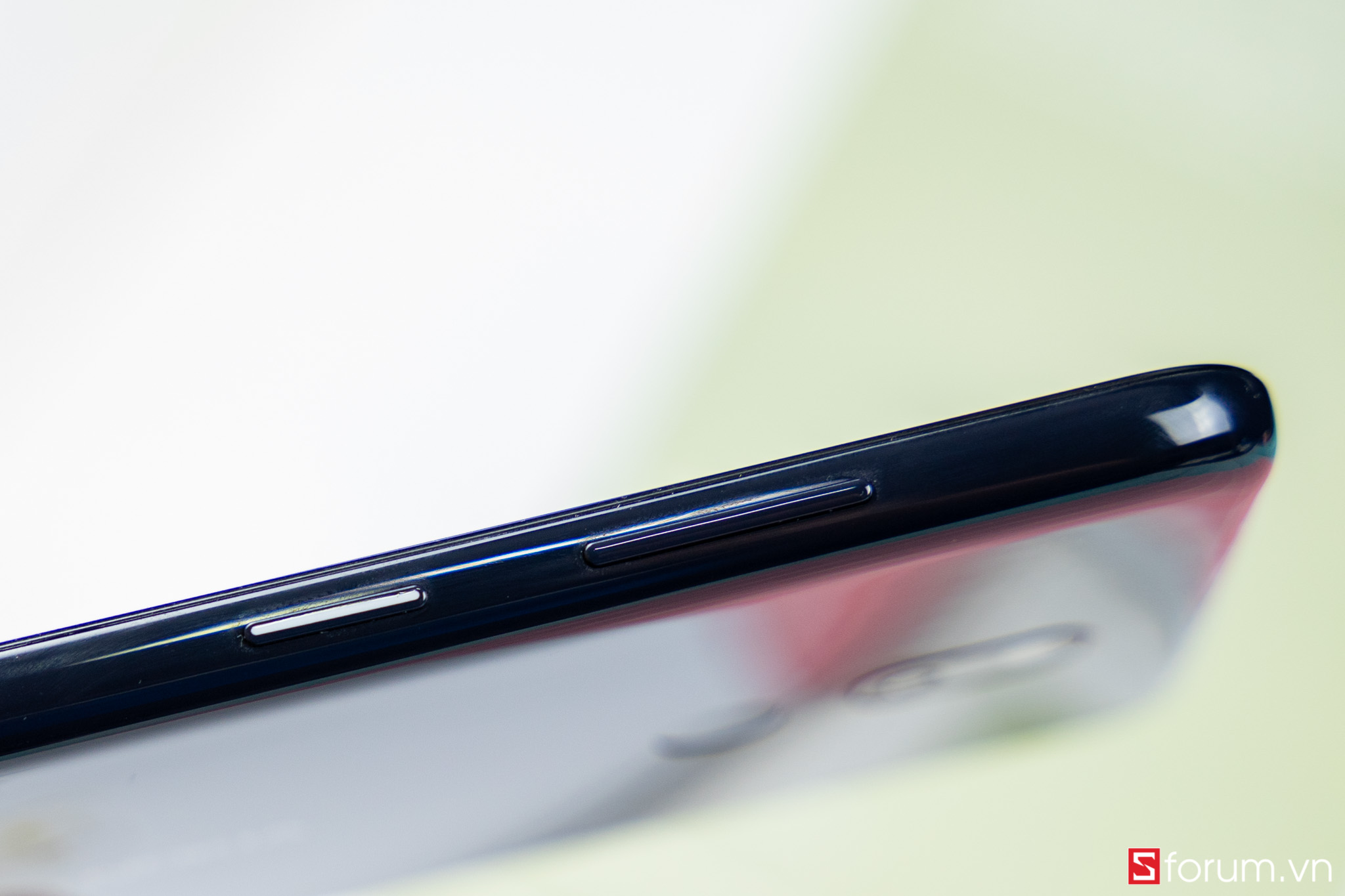 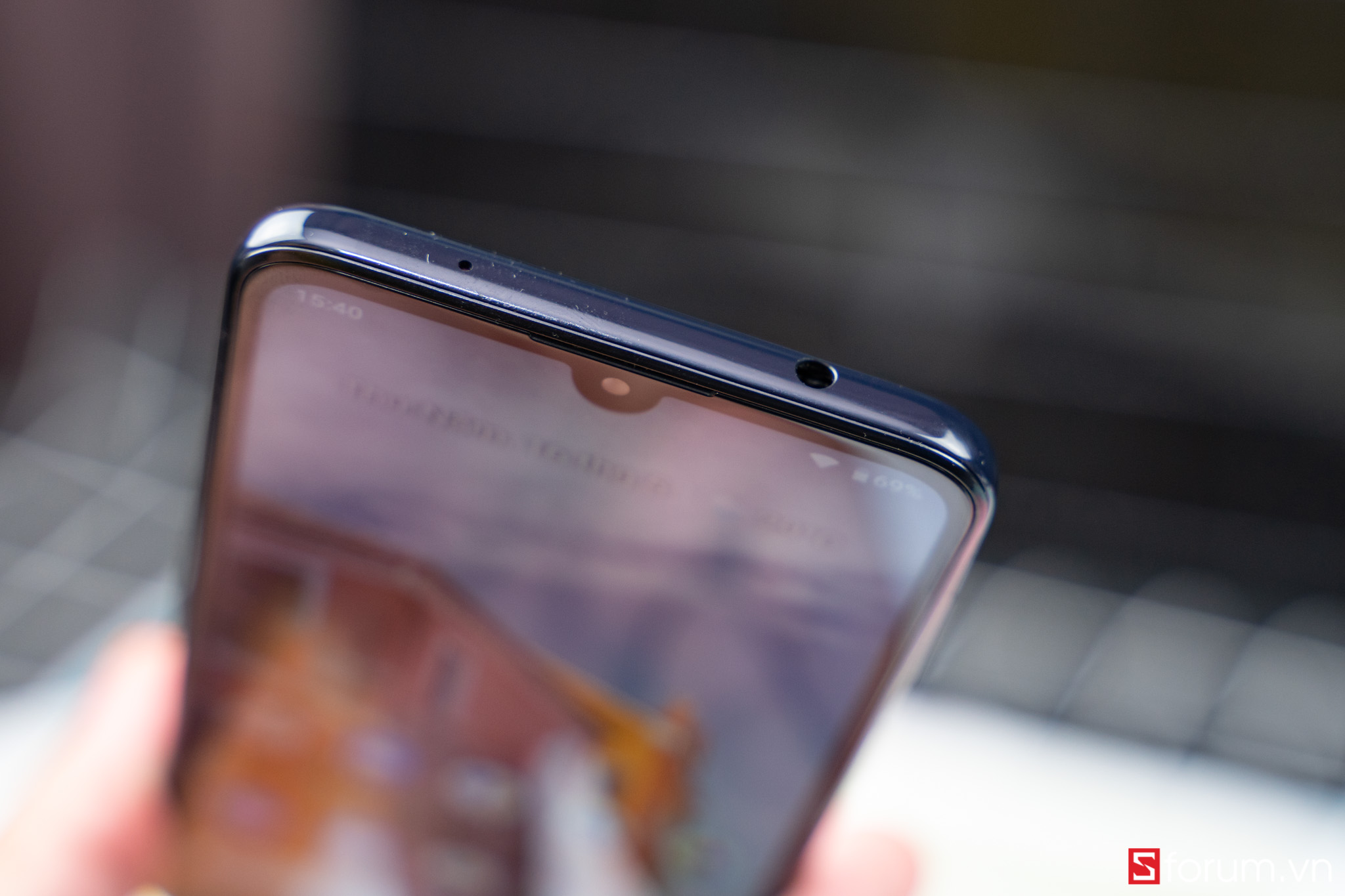 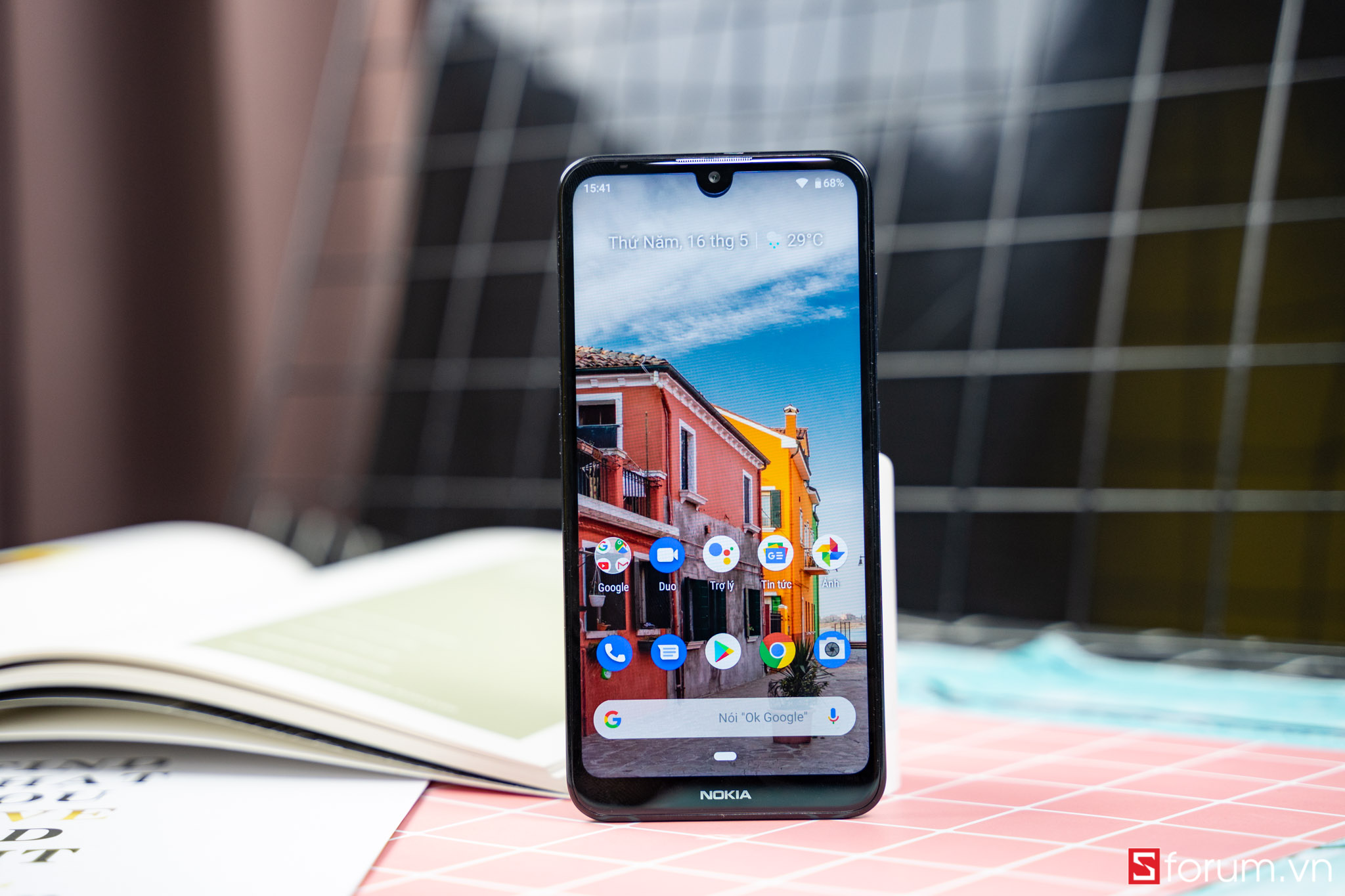 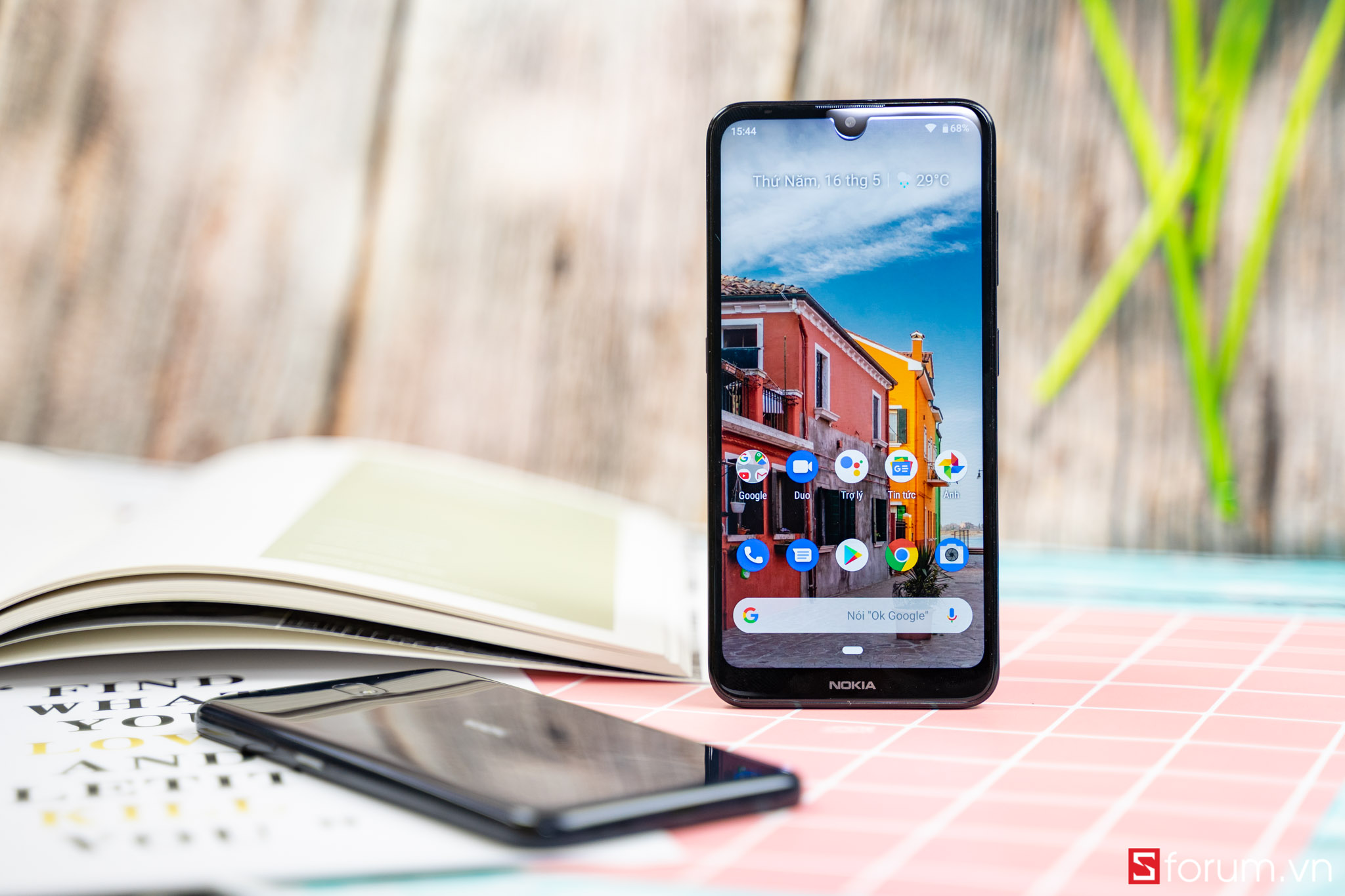