Finally, Samsung has officially announced the launch date of the next Galaxy Note 10 after a series of rumors leaked.

In addition to announcing the time of its annual UNPACKED event, Samsung also sent invitations to attend the event to the media and technology experts. From the video sent to the media, we can see the image of an S Pen pen "drawing" and pointing to a camera. It is not clear what message Samsung is trying to convey in this invitation, is the new Galaxy Note generation going to have camera breakthroughs? 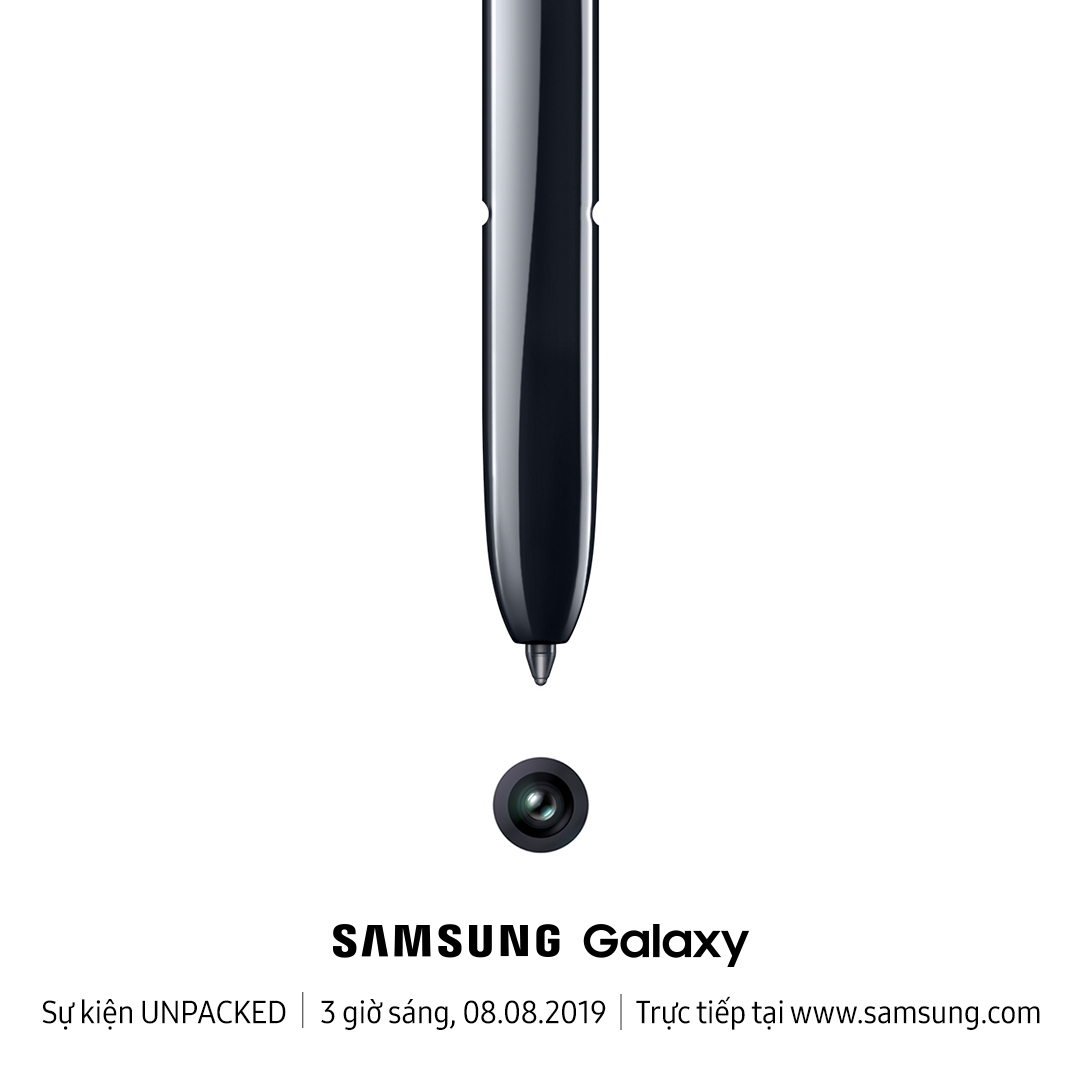 Not only that, the color transition effect on the S Pen in the video also confirms that the Galaxy Note 10 will be released with an impressive gradient color version. Galaxy S10 trio has been launched by Samsung many different color options, so this year Note 10 can also own many youthful colors, suitable for more users.

The UNPACKED event launched Galaxy Note 10 will also be live at Samsung's official website. Sforum will update the latest and earliest information about the new Galaxy Note once it is released.