Not QLED, this is the real rival of OLED TV in the future – VnReview


Image quality of OLED TV is still considered the standard of the current TV market. But in the next 3-5 years, there will be technologies that appear to be sufficient to challenge OLED.

What if someone told you that OLED TVs are not the future of television? With recognized image quality, you will definitely oppose that person. But for some experts, they acknowledge that OLED has some limitations to really be a television technology of the future. It doesn't mean that OLED TVs will disappear after a few years. Production, production costs and market share have continuously improved in recent years. However, how about their images will no longer be 1?

OLED TVs will meet many real competitors in the future

A person working in Sony said that from a personal point of view, OLED gradually became the most accessible high-end technology. Because there will be other things that make people more thirsty. OLED has an inherent problem of burn-in, brightness is limited, some people don't compromise these things because of image quality. Therefore, manufacturers need backup plans.

In fact, while LG is betting entirely on OLED, Sony, Samsung and Chinese companies continue to offer high-end LCD models. In the future, their LCD TVs can apply new technological advances to compete with OLED.

There is a bit of confusion on the market today. The "LED TVs" we are accustomed to are actually LCD TVs. The name "LED TV" is only true when calling collectively on TVs that use self-luminous LED displays, for example OLED, microLED. An LCD TV will have rear LED backlight system to provide light, and the upcoming backlight technology will be miniLED. Using thousands of very small LED backlight sizes (but not yet reaching MicroLED). 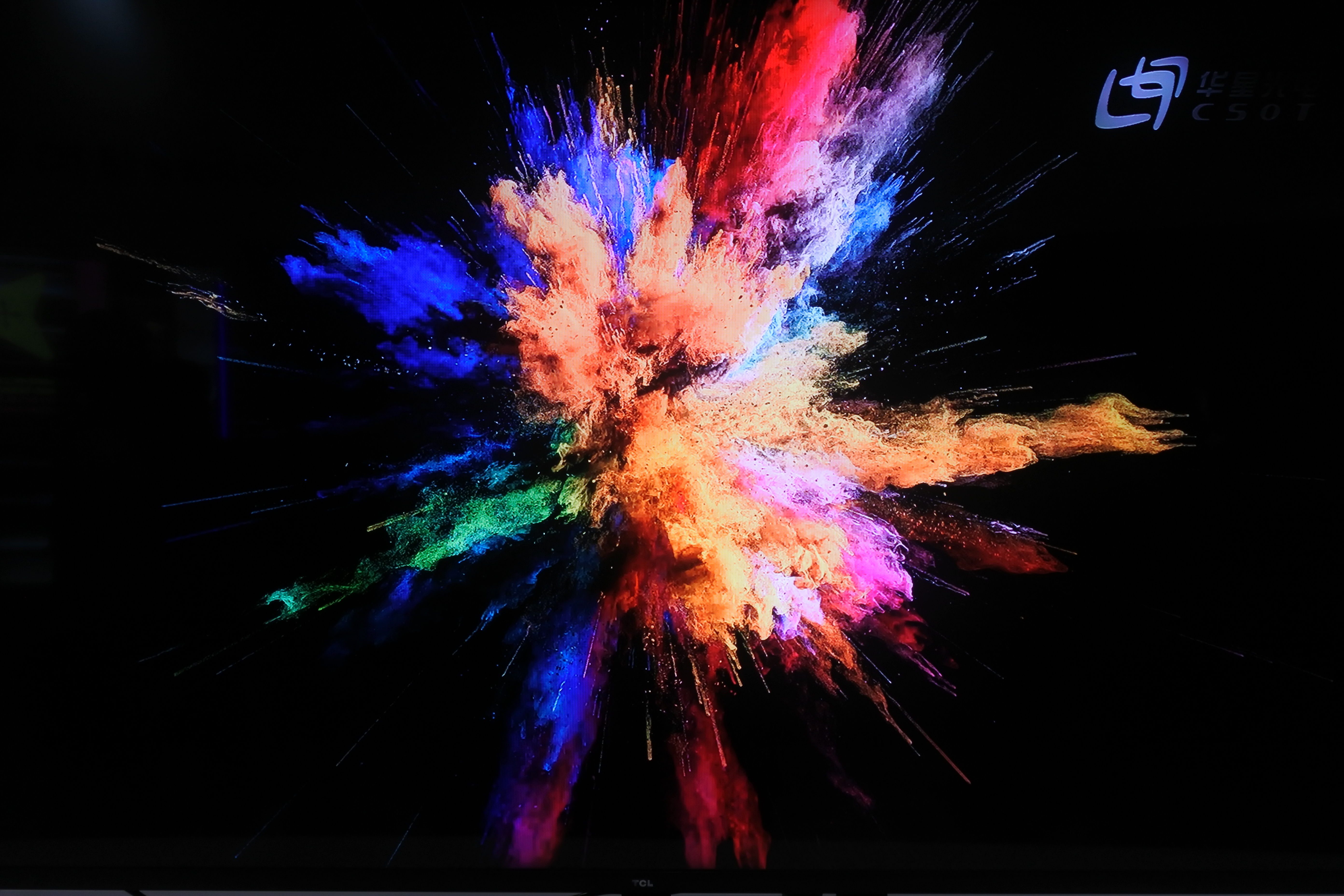 By reducing the backlight size, the manufacturer can increase the number of blurring areas of the LCD TV, greatly improve the contrast level, minimize the halo, or bright light or maybe remove it. Taiwan supply chain said that by the end of 2019, there will be the first products to apply this technology. And in 2020, 2021, miniLED backlight will become a trend, not only for TV but also for computer screens and smartphones.

To enhance color gamut, LCD LED miniLED backlight can use more quantum dots or narrow-band phosphor technology, help complement Red and Green colors. They are still LCD TVs, so there is no burn-in, the brightness can reach several thousand nit, while the backlight upgrade helps contrast and control light more effectively. The real opponent in front of OLED is here. 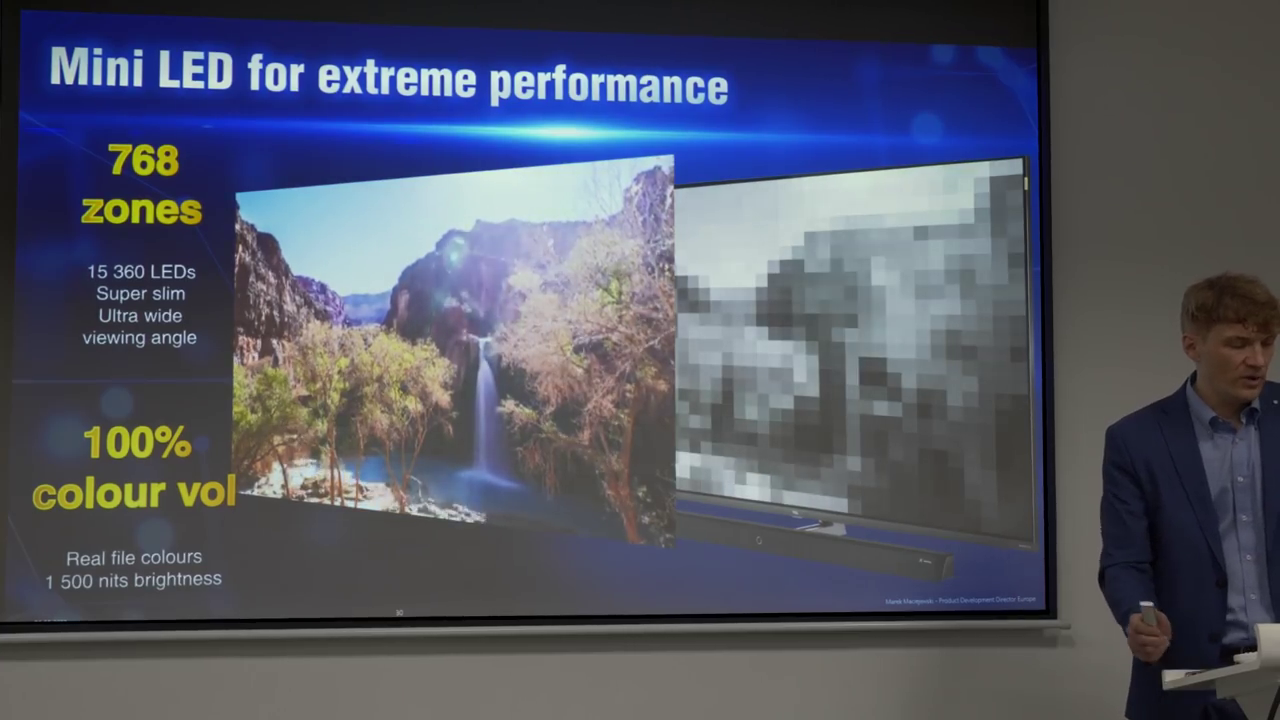 If the backlight module improvement is not enough, we have more improvements on the LCD module. Capital of LCD TVs over the years only focused on improving the lighting system, but recently, a breakthrough technology appeared to help LCD modules achieve higher performance. It is dual-cell LCD.

This technology will put another LCD module in front of the LCD module that displays the current color. The new LCD module is monochrome (monochrome), used to control the light from the backlight more closely. Hisense has partnered with BOE to commercialize the first dual-cell LCD TVs, adding quantum dots. The idea of ​​dual-cell is not actually from Chinese companies, since 2017 Panasonic has been the first to commercialize this platform, targeting the ultra-high-end display market. 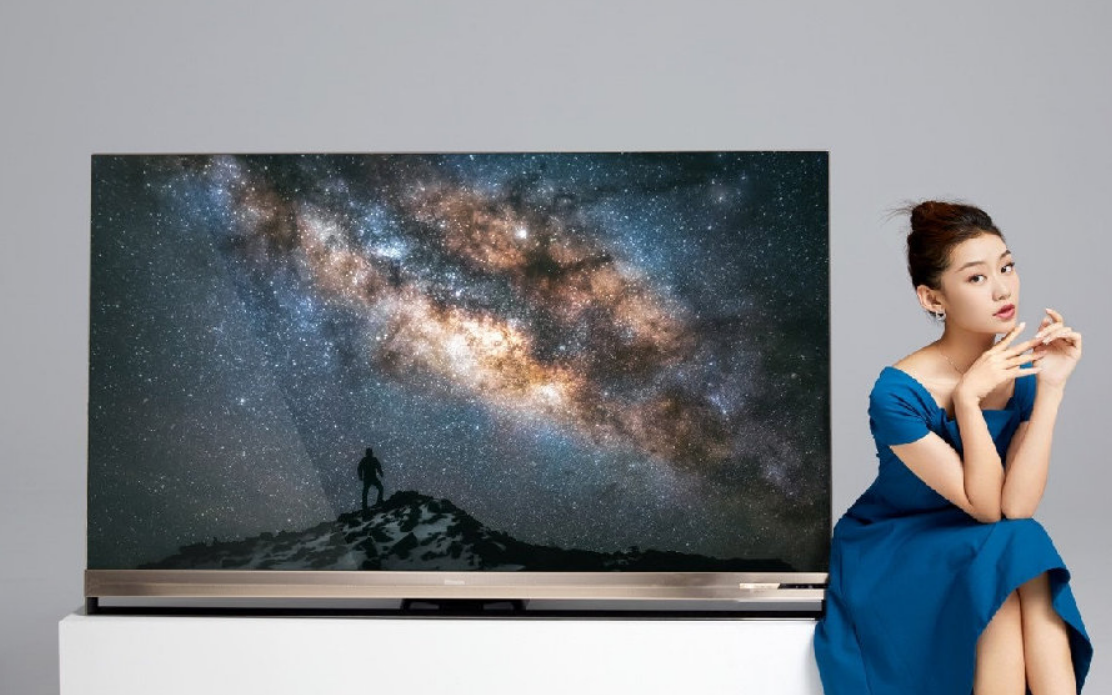 Compared to miniLED, dual-cell backlight can take more time. But with the potential of new technology, we hope companies will quickly adopt and bring it into the standard of high-end LCD TVs.

An LED TV using LED chips below 100 microns will be "TV microLED". This type of TV uses an OLED-like screen, unlike LCD TVs that use a transmission screen. The above two technologies all improve the quality of LCD TVs, while microLED is really a new concept. MicroLED TV's difficulties are incomplete technical skills, so people cannot go into them yet. Currently, they still exist as prototypes. 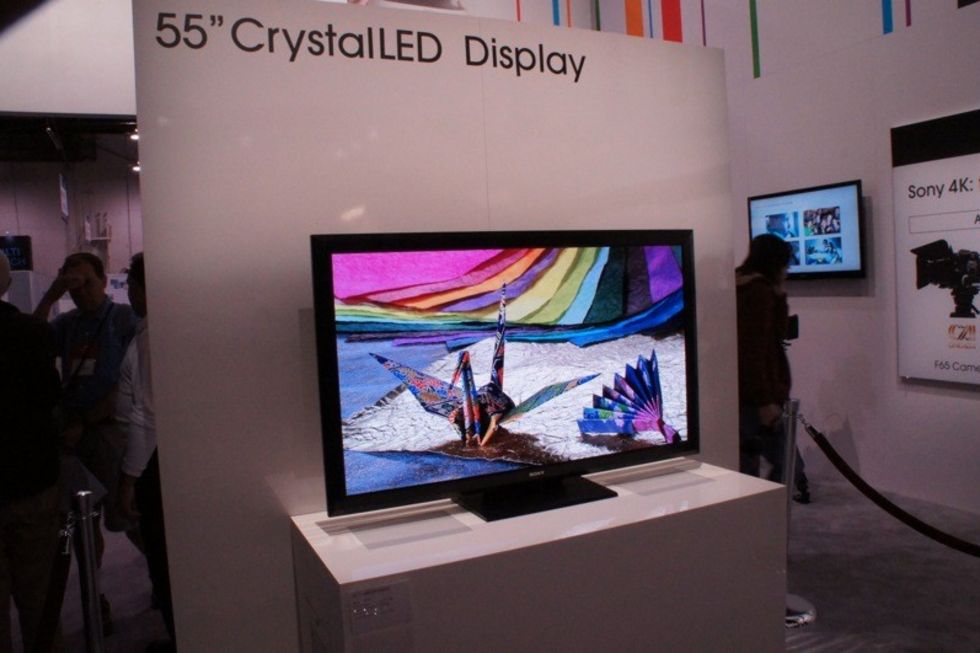 The first prototype was introduced by Sony in 2012, named Crystal LED TV (CLED). It has a Full-HD resolution and 55-inch size, with all over 6 million LED display chips. A representative of market research firm IHS Markit said that it took the Japanese company three months to complete this prototype, and that was with the technical level of 2012. Recently, Samsung introduced a prototype. Another 75 inches at CES 2019, 4K resolution. This prototype uses microLED chips from PlayNitride (Taiwan), smaller than the 2018 The Wall prototype using a Chinese LED mini chip many times. 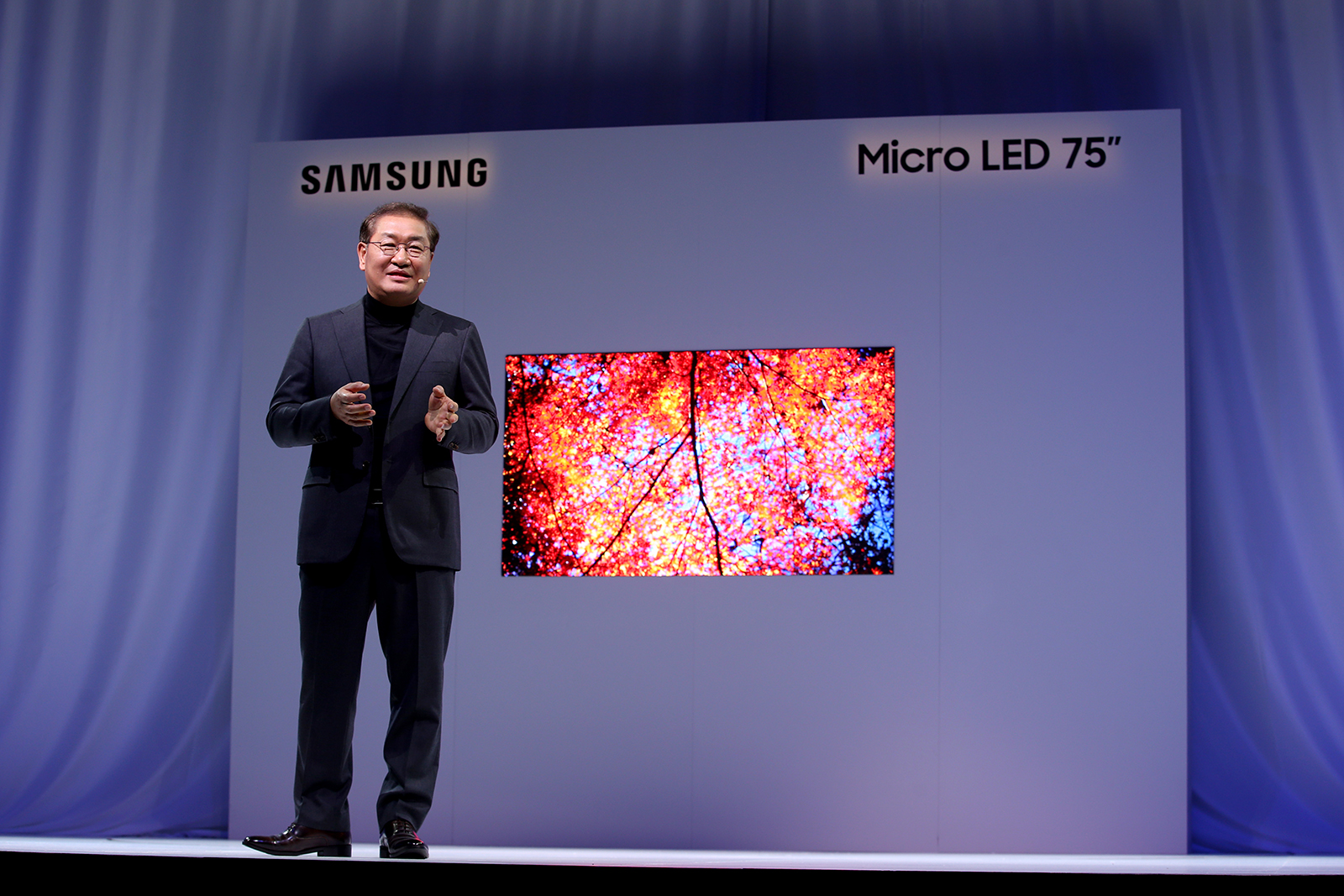 The prototype of the 75-inch microLED screen of Samsung, LED chips smaller than 1/15 of the type used on the 201-inch prototype in 2018

In addition, Hisense, TCL introduced microLED displays, 4K resolution at CES earlier this year. LG has just brought their prototype Infocomm, a 50 micron LED chip size manufactured by LG Innotek, and LG Display designed a TFT control panel. LG said its products will target the enterprise market in the next two years. In practical terms, Sony's prototype is closer to the way of calling "TV". Samsung and Chinese firms all use the modular module structure, which is the current popular design of LED displays, exhibitions, information displays, etc.

For households, it is necessary to produce large wallpaper and design into traditional TV such as LCD and OLED models are sold in stores. It is not known whether microLED TVs will ever appear on the market. The production of a small wallpaper was difficult and costly, enlarging it was even more difficult, especially when the current TV requirements were 4K, even 8K, sizes 55, 65 or 75 inches, even bigger. For microLED, the way to the living room is very far away.