The free multiplayer battle game “Ninjala” that will be coming to the Switch, today (April 28), the video “First Play of Ninjala” is released, which briefly introduces the basic settings and gameplay of “Ninjala”.

Game background setting: the time is 20XX years. Ninjas who used to shine all over Japan, were suppressed by the government after the Meiji Restoration and dispersed around the world.

The fugitive ninjas are integrated with the local people’s life, and this bloodline is also weakening. The descendants of ninjas set up the “World Ninja Association (WNA)” in order to keep the “power of ninja” that they possess for a long time, in case of future unpredictability.

Subsequently, WNA successfully developed the “Ninja Chewing Gum” which can inspire the “Ninja Power”. The better the DNA you have, the stronger the “Ninja Gum” you make. In order to find the strongest ninja, the extreme ninja competition “Ninjala” was launched. 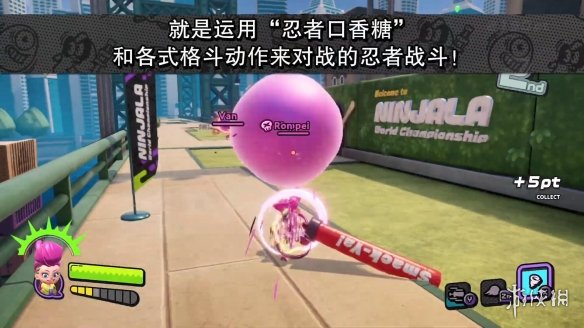 “NINJALA” is a free online game (including in-game purchases). Networked combat does not require Nintendo Switch Online service support. The game will be launched on April 29 and will be officially released on May 28.