The trailer begins with an exploration through a desert village with our anonymous young protagonist investigating along with his companions. The trailer for the trailer leads viewers to Barren Temple, an unsealed new dungeon; And this is the main content of the whole introduction.

Nier Replicant shows the diversity in gameplay like in Nier: Automata. It features 2D gameplay, 3D multiplayer battles, and light bullet hell elements in between. The trailer ends with a boss battle against a giant golen.

It is known that Nier Replicant is a prequel to the famous Nier Automata. In the game, the player plays the role of Nier, a young man who lives with his terminally ill sister Yonah in an abandoned city after the apocalypse. When the illness gets worse and worse, the main character must set out to seek a cure before it is too late.

He met many other characters on the way: from Weiss, a book that talks about a swordswoman named Kaine … and finally a boy named Emil with eyes that could petrify anything. look at. The village is then attacked by a giant Shadow named Shadowlord who kidnapped Yonah – and the party must chase it around the world in order to get her back. 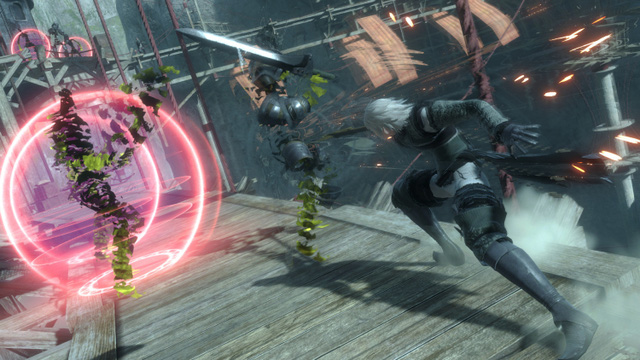 As expected, the Nier Replicant will launch officially on April 23 here on different platforms.