In a recent conversation with two US technology experts at Huawei's Shenzhen headquarters, CEO Ren Cheng Fei confirmed that the company will not arbitrarily "weaponize" the patent in retaliation for authorities. America.

At the recent Huawei headquarters, CEO Nham Chinh Phi had the opportunity to discuss openly with the famous writer George Gilder of Forbes and co-founded the MIT Media Lab at Huawei.

When asked whether Huawei considers "weaponizing" more than 56,000 patents as a tool against any threat from the US, Nham said Huawei owns a lot of patents. But surely the company will not use it as a weapon against anyone.

Mr. Nham said: "Intellectual property rights are created from the labor process and cross-licensing and payment between Huawei and the parties is very important. But we cannot use it as a weapon to prevent the development of human society".

In response to Nham Chinh Phi's answer: "Huawei has standardized everything from the beginning. If we do not follow the ethical principles, we have not been able to get it today. Although we have some intellectual property lawsuits. with the US, but we believe that the US court ruling is basically fair, so the allegations that we are stealing intellectual property rights are unfounded. " 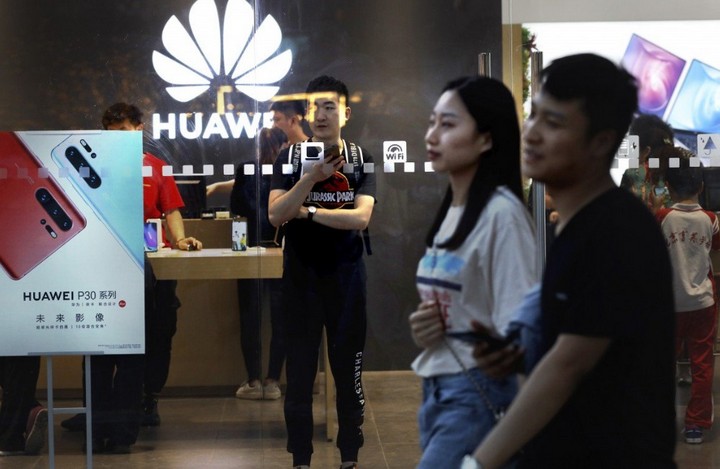 Currently, Huawei has about 3,000 patents in the US and it is also licensing many US technology companies. Huawei is now asking Verizon to pay licensing fees for about 230 patents. According to analysts, this is just one of the measures that Huawei applies to responding to the US government without "getting too close".

Also in the discussion, Huawei boss frankly admitted, the US government's fight against the company "is quite painful". It is estimated that Huawei's revenue in 2019 and 2020 will decrease by about USD 30 billion per year. However, he said, the impact of revenue decline is not too large because the company is expected to reach $ 100 billion in revenue this year.

CEO Nham Chinh Phi also reaffirmed that the war unilaterally launched by the US could harm both the US and China, especially Google.

The 75-year-old boss emphasized: "Human society does not develop according to the law of forests but by balancing mutual benefits, cooperating and building rules. Even if you are a lion, you cannot eat rabbits. The US and China will harm both countries. We need to cooperate globally. "

It is not clear whether Mr. Nham's expectations can come true or not, but at the moment, Huawei is still the most disadvantaged from the US ban.