A series of “Pickups for Featured Products to be Released This Week”, which introduces products that have received a lot of attention from the new products released this week by cross-picking up from various categories. This week, Nintendo’s Nintendo 3DS software “Momotaro Dentetsu 2017 Tachiaware Japan !!”, Olympus’s mirrorless single-lens camera flagship model “OM-D E-M1 Mark II”, SIGMA’s digital single-lens camera “SIGMA sd Quattro H” Will be introduced. 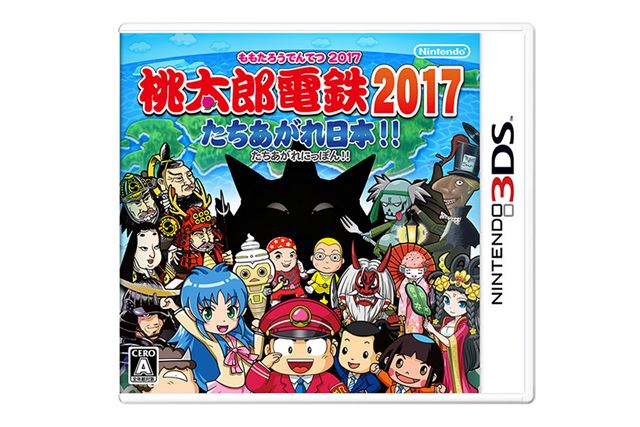 As a Nintendo 3DS software, a board game that travels nationwide and aims to become the best president in Japan. As you roll the dice to advance the game, 130 types of cards with various effects will appear, enlivening the development.

Of course, the “poor god” familiar in the “Momotaro Dentetsu” series is still alive. It transforms into a mini bombie, nightmare bombie, and king bombie.

In addition, it is possible for up to 4 people to enjoy “Momotetsu 3 Years Battle!” With one piece of software. Let’s get together at the end of the year and the beginning of the year and have fun at the “Momotaro Dentetsu”! 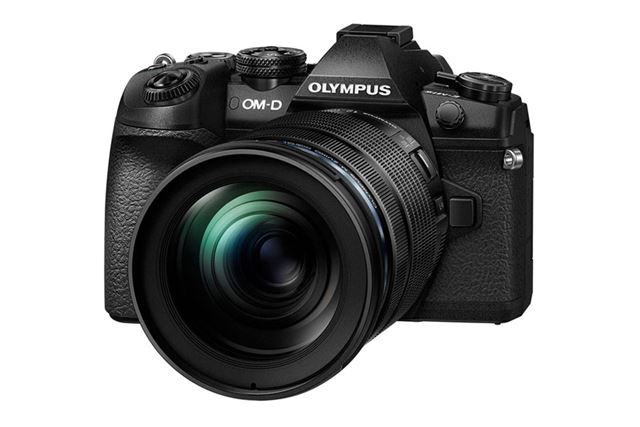 Olympus releases the OLYMPUS OM-D E-M1 Mark II, a mirrorless interchangeable-lens camera. As a lineup, we will prepare a single body.

A mirrorless interchangeable-lens camera that complies with the Micro Four Thirds System standard. Positioned as the successor model to the flagship machine “OLYMPUS OM-D E-M1” released in October 2013, equipped with a newly developed high-speed image processing engine “TruePic VIII” and a new Live MOS sensor with 20.37 million effective pixels This enables high-speed continuous shooting of up to 18 fps with AF / AE tracking while maintaining a full pixel count of 20.37 million pixels.

Specifically, “DUAL FAST AF”, which effectively selects and uses image plane phase difference AF and contrast AF, has evolved. The image plane phase difference AF uses all 121 distance measuring points of cross type, which significantly improves the capturing performance of the subject. Another feature is that the AF functions of “AF target mode”, “AF target position” and “face priority AF / eye priority AF” can be easily set with one action. When focusing on a moving subject, operability such as a cluster display showing the focus area and an AF target pad that allows you to touch the AF point while looking into the viewfinder has evolved.

In terms of image quality, the use of the high-speed image processing engine “TruePic VIII” improves the image quality during high-sensitivity shooting and allows you to obtain images with less noise while leaving details. Along with this, the upper limit of the normal sensitivity (at ISO AUTO) becomes ISO6400, which flexibly supports various shooting scenes. For image stabilization, an in-body 5-axis image stabilization mechanism is installed. The body is sealed in various places with high airtightness and weather resistance to improve dust and drip proofness.

The electronic viewfinder uses a high-definition, high-definition electronic viewfinder that is 0.74 times as large as the 35mm format and comparable to the highest-end full-size digital SLR models. The maximum frame rate of 120 fps, the shortest display time lag of 5 msec at high speed, and the drastic reduction of the image disappearance time at the time of shooting make it close to the naked eye and do not miss a moving subject.

The “SIGMA sd Quattro H” is a digital single-lens camera that is equipped with the first large sized APS-H sensor in Sigma and has the highest image quality in its class, with 51 million pixels. The lens mount is a Sigma SA mount. RAW data supports DNG (Digital Negative) format in addition to the conventional X3F format. Another feature is that the versatility is expanded by using image processing software from other companies.

In terms of processing performance, the image processing engine “TRUE (Three-layer Responsive Ultimate Engine) III” exclusively for the Foveon X3 sensor “Quattro” is adopted. The company’s original algorithm renders images in high definition in three dimensions without degrading images and without damaging rich color details. By installing two “TRUE III”, it is said that the signal output from the Quattro sensor is processed at high speed.

Furthermore, in addition to the “free movement mode” in which the focus frame can be freely moved in any desired position, the “9-point selection mode” that selects from nine focus frames gives priority when detecting a person’s face. Equipped with “Face Priority AF Mode” for focusing. The built-in AF auxiliary light allows autofocus shooting even in dark places.