Thanks to streaming platforms, we are experiencing an explosion of series. With so many premieres and new seasons, it’s hard to keep up, so if you feel like you don’t have time to follow it all up close, check out the best Netflix fiction series or documentaries to watch in an afternoon or a weekend in this article. of week. With the end in a few hours, that never-ending marathon will not happen! Check out 9 Netflix series to watch in one day. 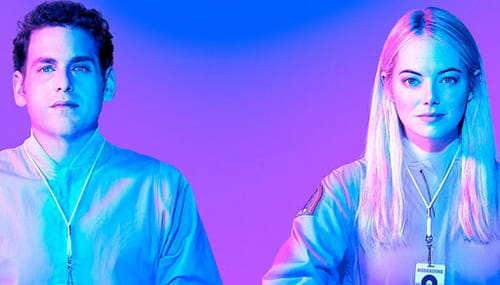 Halston brings the story of Roy Halston, one of the most important stylists and designers in the United States. He created looks for Jacky Kennedy, Bianca Jagger, Elizabeth Taylor and Liza Minelli, who was his lifelong friend and confidant.

The series takes place in New York, in the 70s, and tells the path taken by Halson (played by Ewan McGregor) to reach success, amidst confusion, addictions and disappointments. Ryan Murphy (producer of Glee, American Horror Story, The Watcher) is responsible for the series, which has been a great success around the world.

maniac is a comedy drama set in the New York of the future. In the series, Annie (Emma Stone) and Owen (Jonah Hill) are two strangers with a heavy emotional charge. Both decide to participate in the last phases of a very strange clinical trial: Dr. James K. Mantleray tests, in them, a drug with medicines to cure any psychological trauma and everything ends badly.

The End of the Fucking World it is about the love story of two teenagers full of conflicts (one defines himself as a psychopath; the other has a serious problem of misanthropy). Based on the eponymous story by Charles S. Forsman, this British series with an indie touch transitions between black comedy, thriller and roadmovie, while also adapting to the teen genre.

With fast-paced monologues, it has pure British black humor and promises good hours of entertainment in front of the TV. 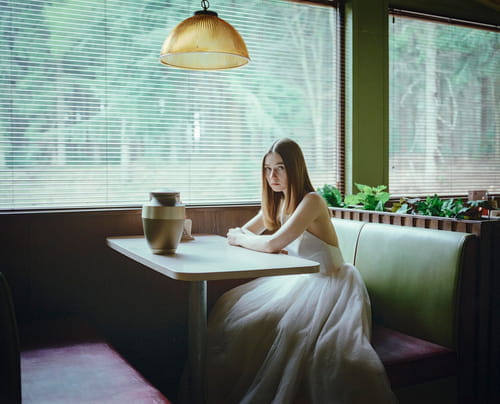 Paradise and the Serpent is an action-thriller series that tells the story of Charles Sobrhaj, a serial killer who, in the 1970s, killed several backpackers traveling to Southeast Asia to steal their identities.

Produced by Netflix and the BBC, the series was successful on the platform and stars Tahar Rahim and Jenna Coleman, who learned French especially for the series, in which she plays Sobrhaj’s wife, Marie-Andrée Leclerc.

Based on true facts, the series tells how the killer became one of the most sought after by Interpol.

Although Sacha Baron Cohen became famous for his hilarious Borat, the Brit demonstrated that he also dominates more serious scenes, as he did in “The 7 of Chicago” and now in “The Spy”.

In this series, Baron Cohen plays Israeli double agenda Eli Cohen, born in Egypt to Syrian Jewish parents who, in the 1950s and 1970s, helped Israel by infiltrating Syrian intelligence.

Produced by Gideon Raff, creator of the series that inspired Homeland, the plot mixes suspense, drama and existential dilemmas.

eyes that condemn is an acclaimed series that tells the story of five African American boys falsely accused of rape after a brutal attack on a white woman in New York’s Central Park.

The series, directed by Ava DuVernay, exposes a corrupt police and judicial system in which racism and prejudice leave blemishes. With little-known actors and impeccable acting, the series was nominated 11 times for an Emmy and won the Best Actor award.

Since its debut on Netflix, Tiger King has become a small phenomenon, as it is a documentary that portrays the unlikely story of Joe Exotic, a country music singer and director of a zoo in Oklahoma, USA.

Polygamous and passionate about guns and big cats, Joe lives his luxury life at ease until, one day, he meets an activist who wants to shut down his business. Based on real facts, the story goes far beyond what fiction could predict.

Who has never heard of the Queen’s Gambit at this point? This series was a huge success around the world and is based on the life of Beth Harmon (played by Anya Taylor-Joy), an orphan and girl wonder, who does not adapt to adult life and ends up becoming one of the best players in world chess.

The production gained so much fame that it achieved an unprecedented feat: that thousands of thousands from all countries were interested in the game of chess, traditionally played by men. The costumes and art and photography direction deserve a separate mention, as they have really taken the aesthetic to another level.

sky red is a sassy and adrenaline-filled Spanish series. It tells the story of three girls who are exploited in a prostitution club until, one day, they decide to escape their pimp and regain their freedom. During this process, they face all kinds of obstacles and dilemmas.