Synopsis, the third apostle who was captured and used for the experiment wakes up from the seal and begins to rampage. On the other hand, Evangelion Temporary Unit 5 on which Makinami Mari Illustrious rides sortie.Quote-Wikipedia

The story of Shinji Ikari becoming the main character

This work is a movie version rebuilt based on Neon Genesis Evangelion.
This is the second work for Evangelion.
Directed by Hideaki Anno, produced in color 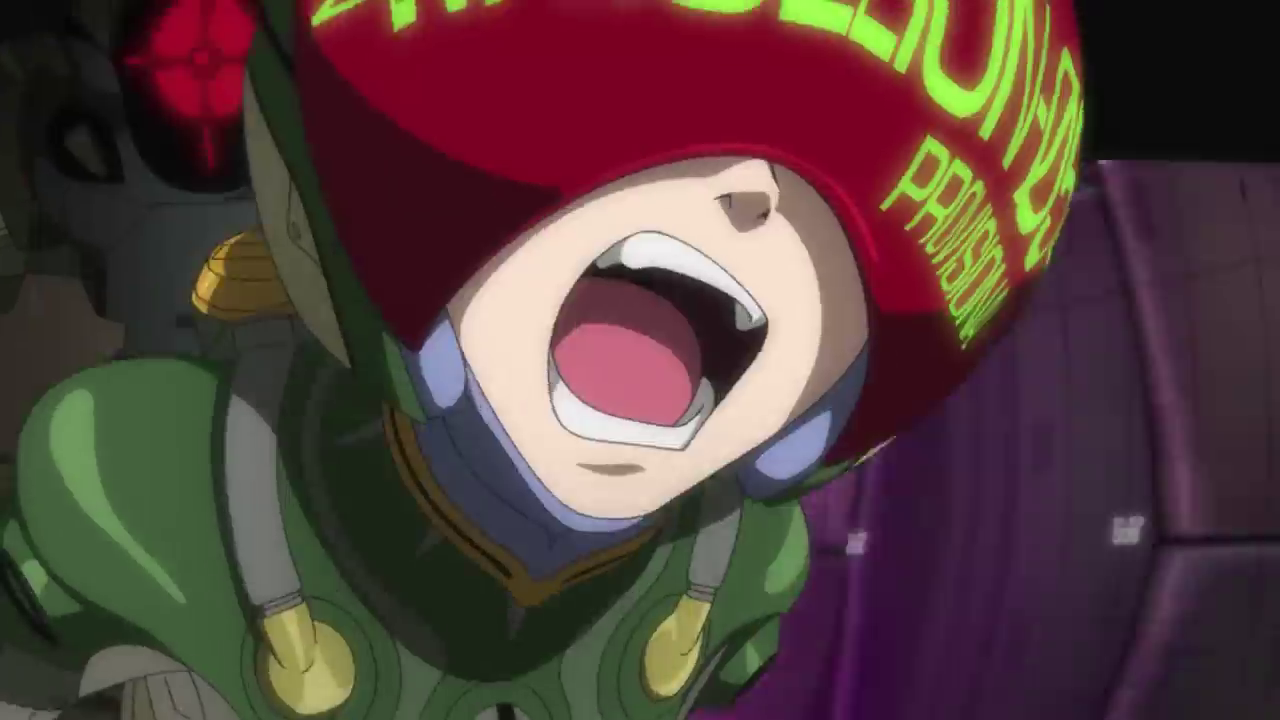 Perhaps the biggest change from the old Eva is her presence.
Only five boys and girls could ride Eva in the old Eva.
However, “Toji Suzuhara” has been removed from this work.
She has been added instead.

It’s a pretty big change.Although there were minor changes and additions at the beginning stage
Even from those who have already seen the old Eva from the beginning
It has changed to something unpredictable and goes beyond rebuilding.
The appearance of happily riding on Eva Temporary Unit 5 and fighting the apostles is a brute force.
Defeat it by pushing it at the expense of the aircraft. Simple and easy to understand.

The excitement does not stop at the battle scene from the beginning. 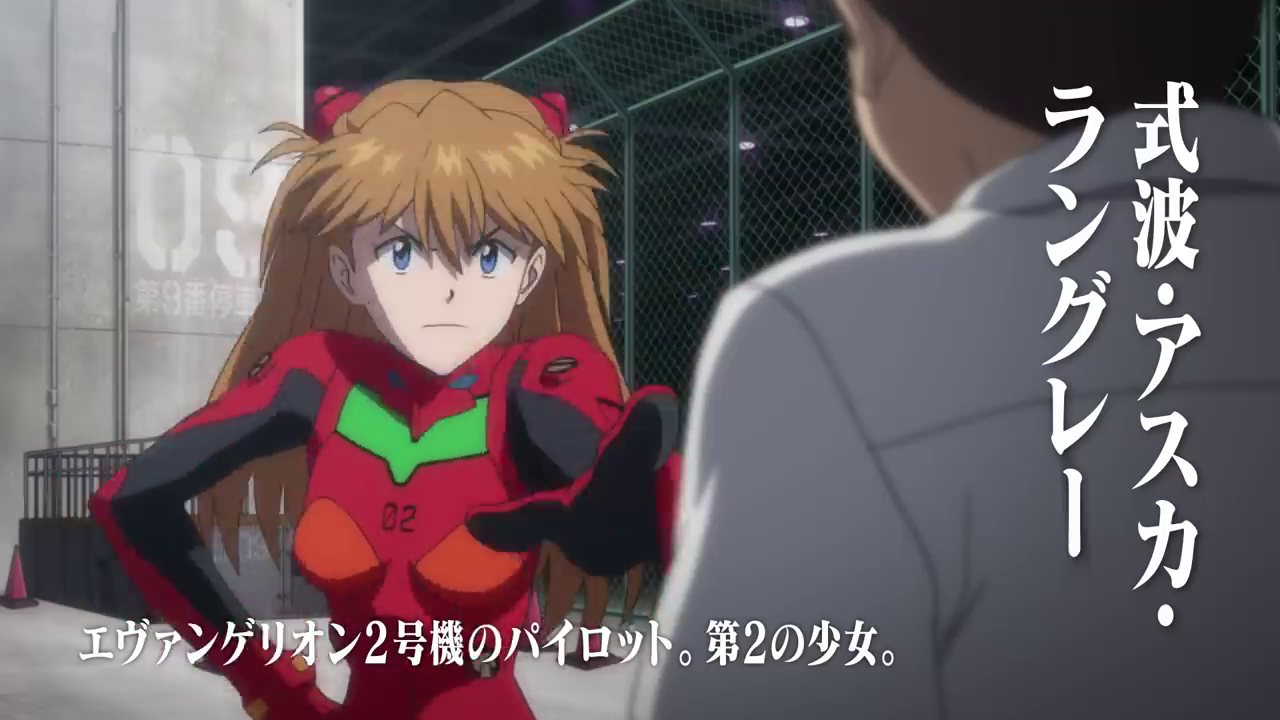 While awkwardly repairing the relationship with my father
A boy named Shinji Ikari is still worried.
Poor communication between parents and children is awkward as a proof that they are parents and children.
A new girl “Shikinami Asuka Langley” appears in front of him.

It’s so refreshing to have goose bumps as you fly down from the sky and control Unit 2 in a dizzying manner.
The depiction of “kick” is because it is directed by Hideaki Anno, who likes special effects.
It’s a battle scene that will grab the boy’s heart.

However, a girl named “Asuka” can be said to be a natural enemy for Shinji.
Tweak, slap, kick, and curse yourself (laughs)
He can only be confused by her actions anymore.
It’s his “first” experience. Moreover, the cohabitation life with her begins.

He is thinking about how to interact with others.
Even if I knew I wouldn’t answer, I was just calling my father.
It is not the relationship or psychological state at the beginning of the “Introduction”. I can see his growth.

“Asuka” herself is a girl who tries to do everything alone.
Unlike the old Eva, it does not depend on Ryoji Kaji, and therefore
It can be said that the strength as an “individual” is emphasized.
In a good way, I get the impression that it is less troublesome.

The hero who interacts with various people finds out how to interact with people in his own way.
The circle of communication expands and not only expands, but also each character
By having a depiction that digs in exactly, each character’s
Impression deepens firmly. 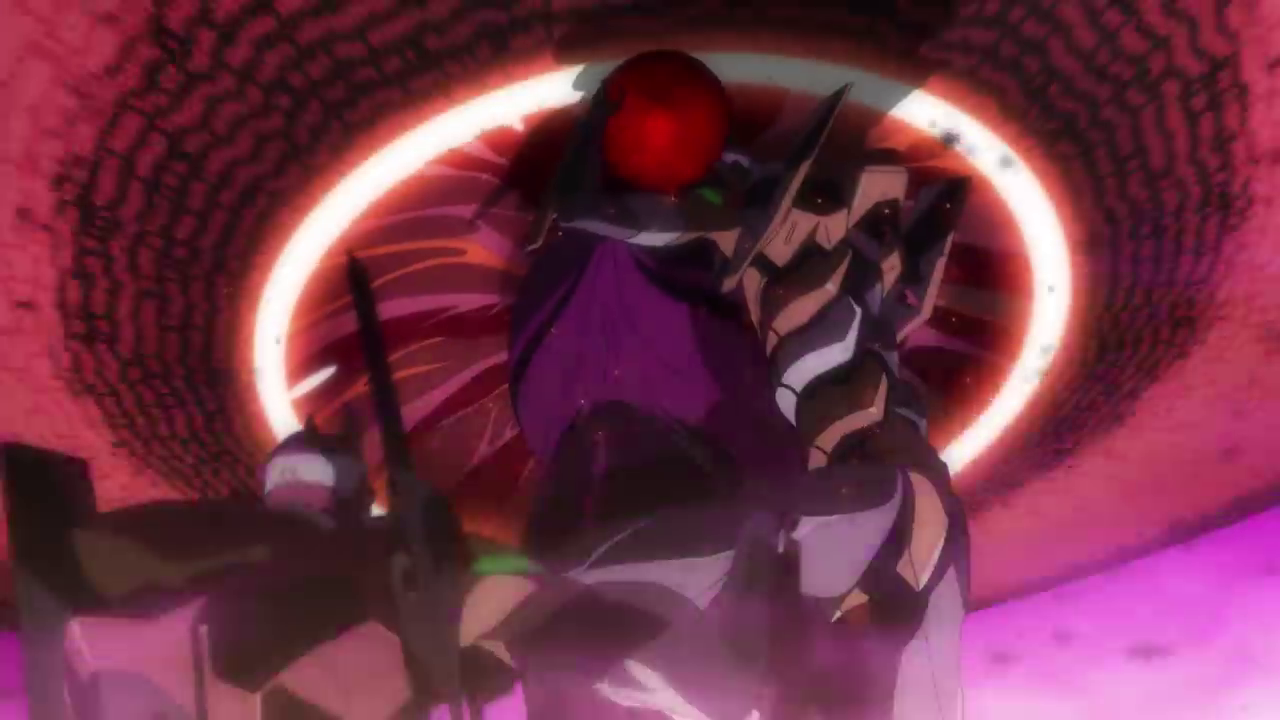 We can cooperate only because we can communicate.
“Three people” cooperate to defeat an apostle that cannot be defeated alone.
Run through the ground, cross mountains, fly rivers, and catch invaders from the sky.

“Light and multifaceted movement”, but not only light.
“Direction” makes you feel the weight of Eva firmly
Powering on simple “movement”, it is a masterpiece even though it is just running.
You can never take it alone. He does not give up and does not run away in such a situation.

“Father” praises such achievements.
It is his greatest pleasure to be recognized by others, and above all by his father.
To my father who thought he was abandoned without talking for a long time
The existence of “self” is recognized.

It is also recognized in “Asuka”. She knew she couldn’t do it all by herself.
That’s why I feel lonely, such loneliness is a boy in the same position called “Shinji”
Try to meet. The relationship between the two is emphasized more than the old Eva,
Trying to understand each other. Asuka also opens her heart and tries to engage with others.

The same is true for “Ray”. She gradually forms her mind and learns.
That’s why she wants to eat with “everyone”.
Her big changes that were not seen in the old Eva are drawn in an easy-to-understand manner.
The cuteness of Asuka and Rei, the two heroines, is also emphasized.

Asuka’s Tsundere and Ray’s Cool both caught the attention of many viewers in the 90’s.
I think I must have captured more hearts since I became Neon Genesis Eva
The two are too cute. Compared to the old Eva, everyone is more willing to engage with others.
Positive in a good way. 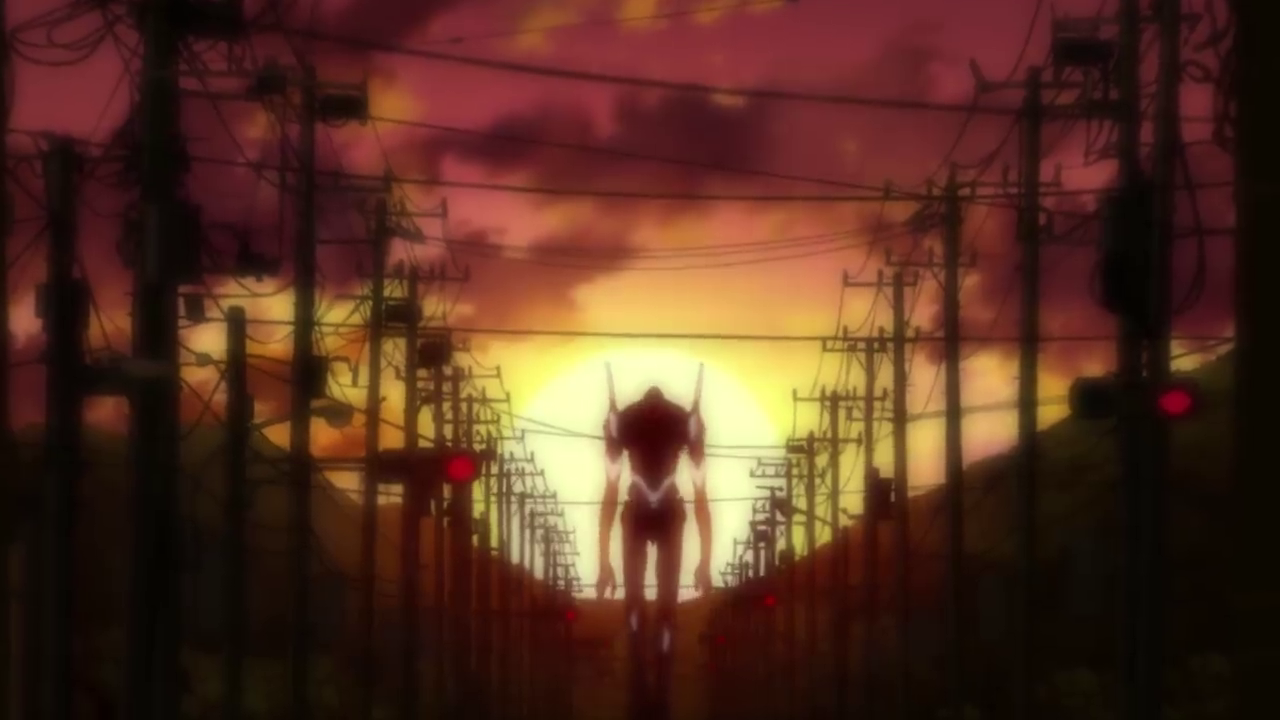 It was supposed to be a fun day. The relationship between the characters deepens,
Characters seek “connection with others” from the bottom of their hearts
It was a day when I tried to deepen it and make it certain.But tragedy happens
Eva on which “Asuka” is riding must be treated as an apostle.

You can fight the enemy of an apostle, but you can’t kill a 14-year-old boy.
Above all, it cannot be attacked because it is “Asuka”.
He wants his death rather than hurting and killing someone.
He is kind and cannot hurt anyone.

Asuka is hurt by his father’s orders regardless of his will.
I was trusting, no, my father who trusted me hurt my friends.
It’s a deep, deep “betrayal”.
It’s hard to even believe in yourself because you believed in it.

The relationship between myself and others, which I was finally admitting, breaks down.
That is why we “reject” with a clear will.
In the beginning, he escaped because he was worried, but in the case of defeat, he escaped with a clear disgust.

I ran away. But he cannot be abandoned. People, friends, Asuka, Ray.
That is why he declares to his hated father with a clear will.

Even if he hates his father, he tries to be himself even if he doesn’t recognize him.
It is a separation from parents from the rebellious period. 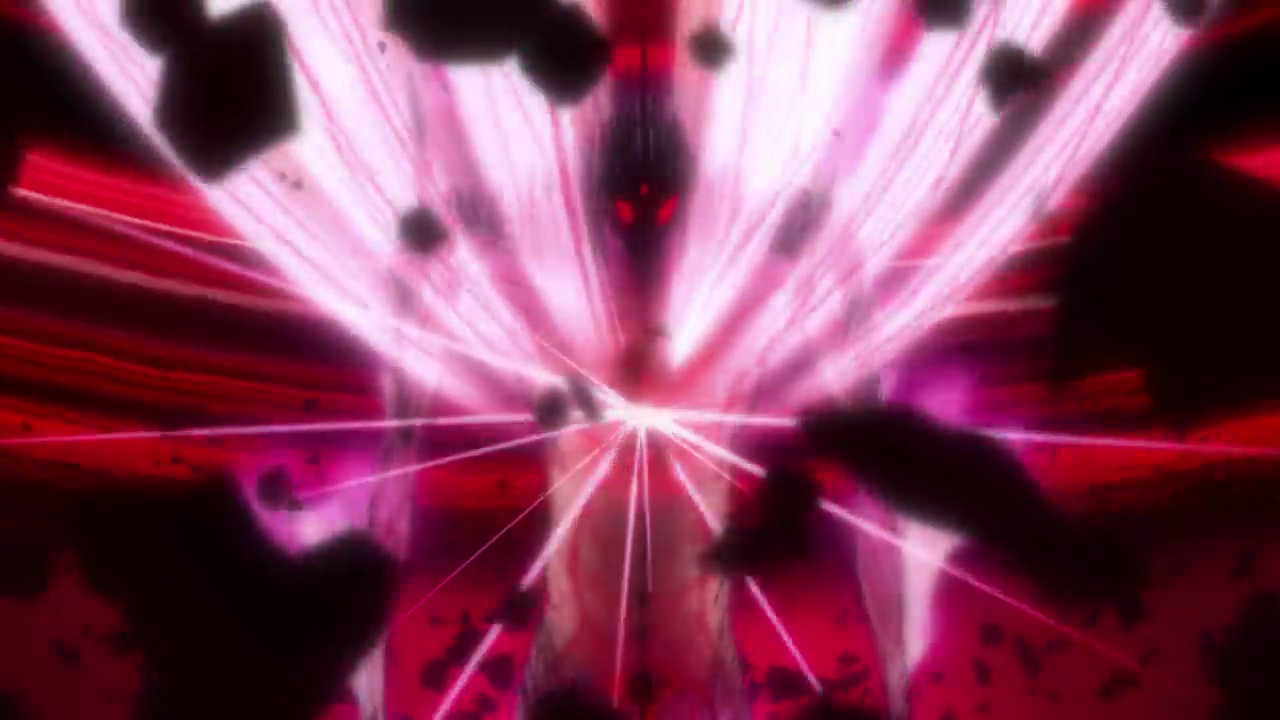 It is a new figure of Eva that was not in the old Eva.
Abandon people and fight like a beast. Although its appearance is wonderful
Even though I’ve been working hard, I’ve been killed without any worries.
The new character “Mari” also has a strong feeling of being bitten, and there is a slight lack of digging.

Still, the depiction of “Shinji”‘s determination is straightforward.
Not for humanity or for the world. I want to save “Rei Ayanami”.
Eva answers and confronts his intention.
No matter what happens to Sekai, I will stick to my will.
It’s an answer that seems to be this work called “Sekai”.

Even if the result would cause a “third impact”
He chose at the expense of everything.
I chose a girl named “Rei Ayanami” by my own will.
Undoubtedly he is the main character. 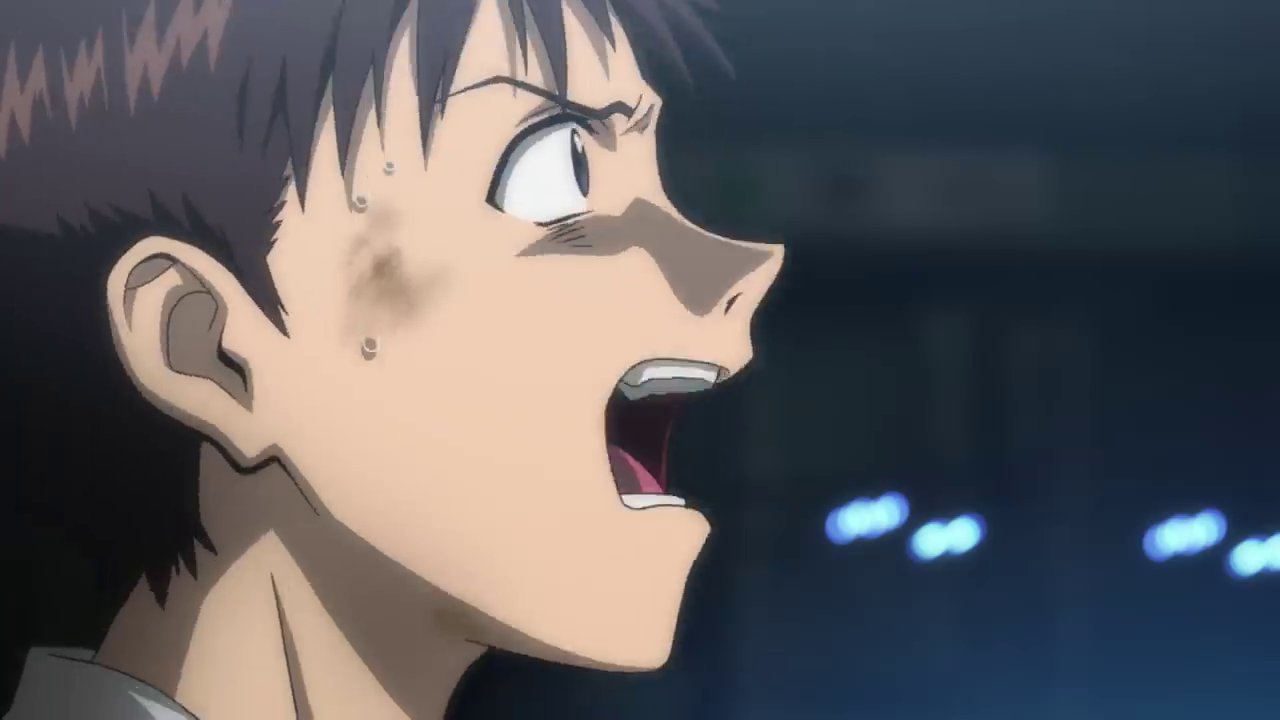 Overall, it’s a rebuild that is suitable for “breaking”.
Although there are many changes from the old Eva and many additions,
The emphasis is on “relationships between characters.”
It is because the relationship between the characters is described more deeply and strengthened.
It is a story in which a boy named “Shinji Ikari” decides as the main character.

Old Eva such as Asuka and Rei were not so closely related
Even two people have a bond.
Draw with an emphasis on the meaning of connecting with someone and engaging with others
It can be said that the charm of the character is deepened in that.

However, the new character “Mari” is not deep enough,
For now, it ends up with a character that I don’t really understand.
The beast mode is also cool, but the feeling of underdog is amazing.
There is a strong feeling that it was a beast mode to make the character Mari play an active part,
It feels like the production side has a little extra character called “Mari”.

However, the flow of the introduction is comfortable and the pull by the appearance of “the last man” is also a stone’s throw.
The beginning of the name of reconstruction, the break of the name of modification, what will happen to the next Q?
The more you look at it, the more you will fall in love with the world of “Evangelion”. 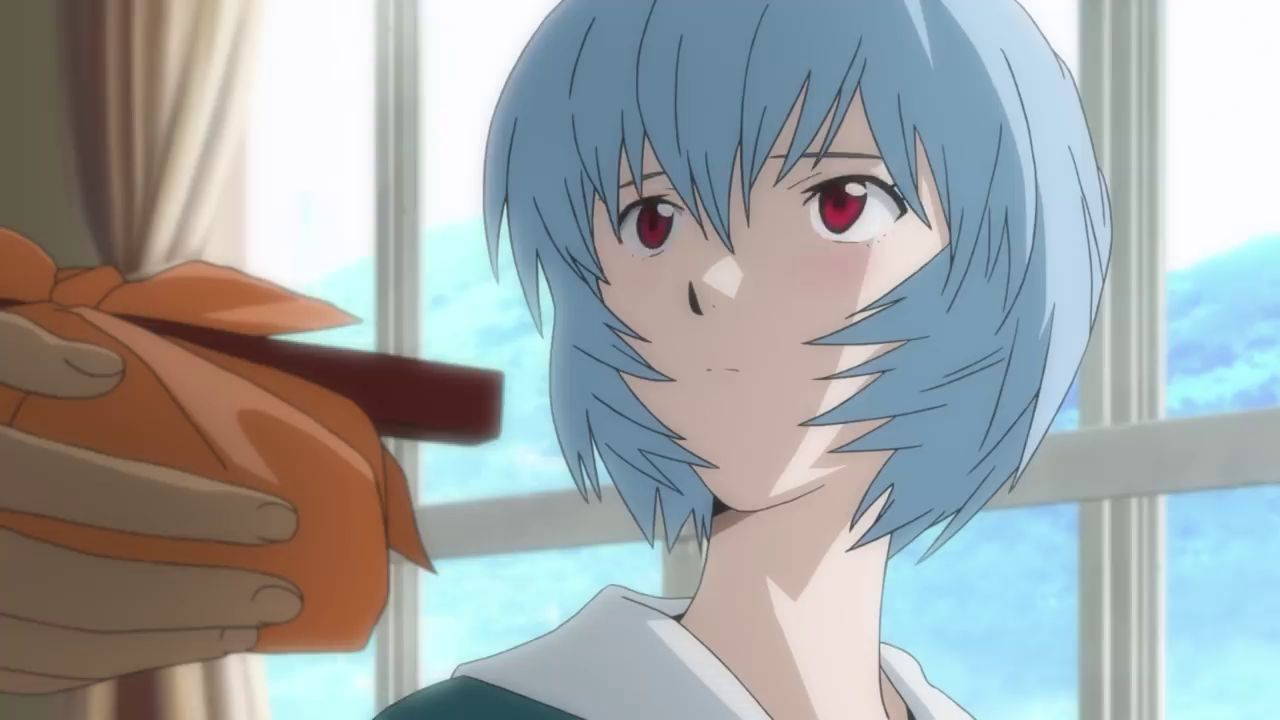 Both Asuka and Rei of the old Eva were cute, but the two of the new Eva are fouls.
Asuka is rounded in a good way, which makes the tsundere feeling milder.
Ray is also softened by trying to get more involved with others,
The two are ridiculously cute.

Shinji is also liked by the two because he has a stronger sense of the main character than the old Eva
It is a convincing character description,
Therefore, there is a gap with the development in the final stage.

What will happen to the rumored Q (laughs)
I’m looking forward to seeing it from now on, but at the same time I’m scared.
Q, who has been salted for many years, like Shinji Ikari, who took a step forward with his own will
Let me take a step too.