Fitbit Charge 5 is the serial health monitoring bracelet product of Charge 4, which was released in March last year. The new version of the smart bracelet brings improvements in design and functionality. One of the most significant upgrades lies in the fact that the screen is now capable of displaying color. The article reviews in detail the Fitbit Charge 5, thereby pointing out the pluses and minuses of the product line.

At the moment, the Charge 5 is Fitbit’s largest screen-sized fitness tracker. The bracelet is fastened on the user’s hand via a silicone strap. The Charge 5’s outer shell is made of aluminum, providing improved durability compared to the plastic case of the previous version.

And similar to its predecessor, the Charge 5 is water resistant to a maximum depth of up to 50m. Fitbit removed all function buttons for the Charge 5 version, so all navigation operations will be done directly on the screen. 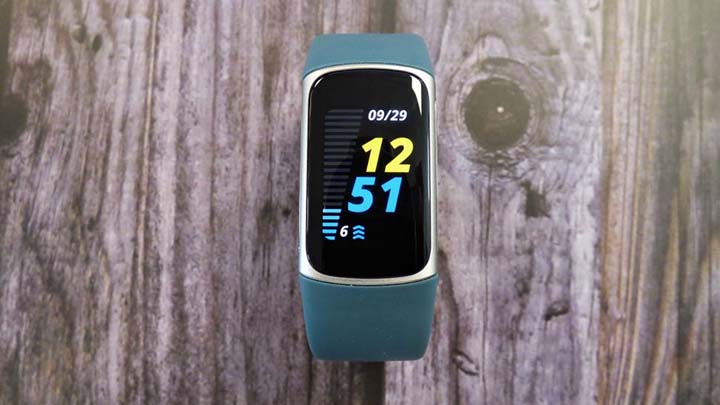 The screen of the Fitbit Charge 5 is significantly improved in terms of display quality. Specifically, instead of using grayscale OLED panels as in the previous version, Charge 5 is equipped with an AMOLED panel with the ability to display vivid and vibrant colors. The new screen has a higher brightness than its predecessor, which helps to partially overcome the Charge 4’s visibility when used in the sun.

However, that does not mean that the new screen is without flaws. Although the screen supports the always-on display feature, sometimes you have to press a few times on the surface of the screen to make the panel switch from standby to fully open state. And when not using Continuous Display mode, the feature of opening the screen when raising the hand is not too sensitive.

The Charge 5 has a rather slim and light design, providing a comfortable wearing experience during our testing. Overall, the Fitbit Charge 5 is a health monitoring bracelet with a high build quality and good finish. 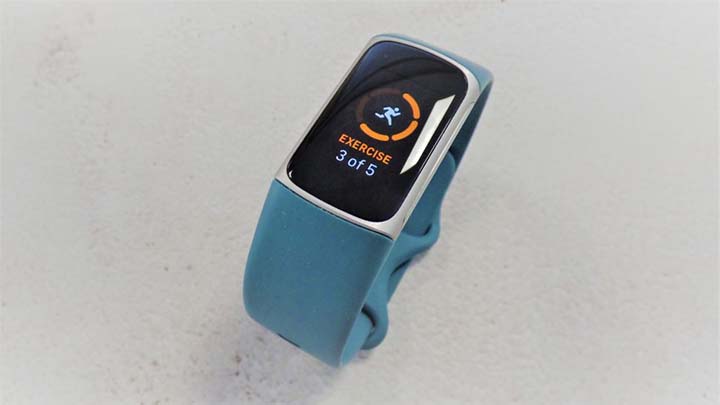 Similar to Fitbit’s other smart wearable product models, Charge 5 is equipped with a variety of health monitoring features. The bracelet has the ability to automatically monitor the user’s sleep quality, then score and divide the user’s sleep stages, thereby helping you gradually improve your sleep quality.

With the latest version of its fitness tracker, the Charge 5, Fitbit brings new features, including the ability to measure the wearer’s stress level.

But first, let’s take a look at the basic features of the ring. In terms of sensors, the bracelet is equipped with a 3-D accelerometer to track the wearer’s movements, and is also used for sleep monitoring.

In addition to the sensors mentioned above, Charge 5 is also equipped with a new sensor that the previous version did not have, which is the ECG sensor, which is used to monitor the wearer’s electrocardiogram. During actual use, you can find the information that the bracelet collects on the Fitbit companion app.

Thanks to its slim design, you can wear the Charge 5 in your hand when you go to sleep without feeling uncomfortable. Regarding the performance of the sleep monitoring feature, we rate it as highly accurate and reliable. The information that this feature has is quite useful, allowing you to get an overview of your sleep status and quality. 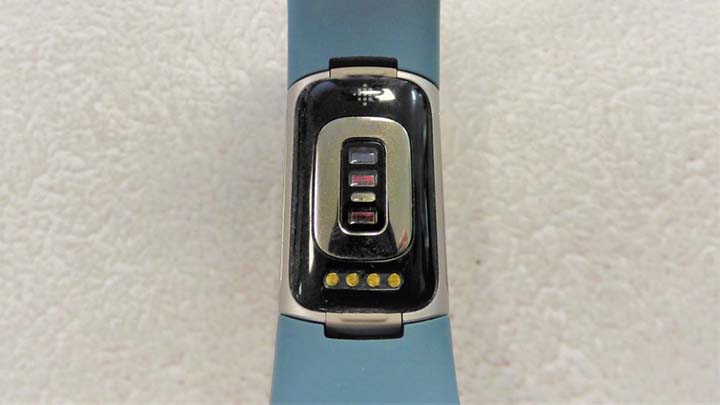 In terms of sports-related features, Fitbit still equips the Charge 5 with 20 fitness modes. These exercise modes include running (indoor and outdoor), cycling and training exercises. according to the inning. And similar to its predecessor, the Charge 5 still has a GPS positioning feature, but it seems that this feature has not been improved in accuracy.

When not performing health monitoring functions, Charge 5 can act as a smart watch. However, due to owning a screen that is not very large in size, the smart features that the bracelet brings have a few certain limitations.

Fitbit Charge 5 is equipped with many features, giving users many conveniences during actual use. 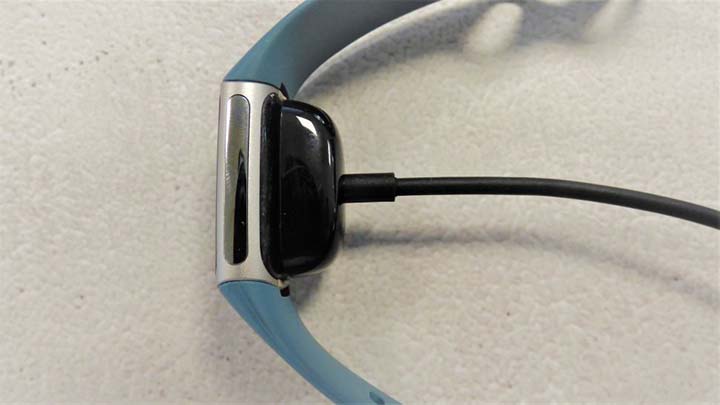 Similar to its predecessor, the Charge 5’s battery life is estimated at 7 days. In case you are a frequent user of GPS navigation mode, the battery life of the ring can be reduced to 5 days. And if you always use Continuous Display mode, this battery life will only be about 3 days.

According to our test results, it is possible to use the bracelet within 7 days. Based on the features and intensity of use, I noticed that the battery life of the bracelet is reduced by about 10 to 15% after 1 day of wearing.

Overall, Charge 5 has an impressive battery life compared to the segment, and will allow you to use for a long time before having to recharge the battery.

When it comes to charging, Charge 5 is charged through its proprietary charging desk. During our use, the bracelet fully charged from 0% after only about 2 hours. The Fitbit Charge 5 is a watch with a long battery life.

At the time of writing, the Charge 5 is the most feature-packed fitness tracker Fitbit has ever released. In addition to the useful features that were equipped on its predecessor, the Charge 5 also owns new features, including the ability to measure an electrocardiogram, the ability to monitor the wearer’s stress level. Fitbit Charge 5 gives users a comfortable wearing experience during use.

Overall, the Fitbit Charge 5 is a quality and comprehensive line of fitness trackers, offering users a variety of useful features.