In a recent sharing, Erling Haaland has called two former MU players as their biggest idols in the past.

From an unknown boy in Norway, Erling Haaland has become one of the biggest phenomena of European football this season. 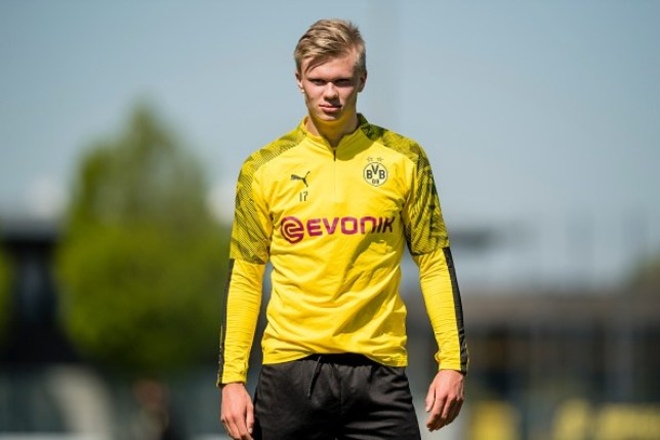 When this season of 2019/20 has not finished yet in February, Erling Haaland has even reached the 40-goal milestone. This is something that not even Ronaldo, Messi, Lewandowski … can do. Therefore, Erling Haaland is becoming the target of many big teams in Europe.

In the last winter market, MU did everything to drag the striker born in 2000 but failed. The Old Trafford team then had to borrow Odion Ighalo to support the attack. However, coach Solskjaer has always cherished the ambition to bring the compatriot striker to Old Trafford one day.

An extremely happy information has appeared when Haaland recently called two former MU players as his idol in the past. “When I was a little boy, I loved a lot of football players. They were attacking players. And I couldn’t choose a single name either. Because I actually had two gods. Statue of Cristiano Ronaldo and Zlatan Ibrahimovic “. The 19-year-old striker shared with Dortmund fans on the club’s YouTube channel.

Ronaldo and Ibrahimovic are both players with outstanding technical qualities of world football. If the Portuguese superstar was associated with Old Trafford from 2003-2009, Ibra only devoted to MU from 2016 – 2018. However, both of them left a bold impression with beautiful and meaningful goals. important.

Returning to Erling Haaland, he spent almost no time proving in Borussia Dortmund. In the opening match for the German team, he scored 3 goals, helping the team upstream to win 5-3. It was the outstanding start of an excellent striker, with a performance of 57 minutes scoring 1 goal – the highest ever Bundesliga history for a rookie. Among the winter contracts of Europe’s top five leagues, no player has scored as impressive as Haaland. The striker born in 2000 also became the first player in Dortmund’s history to “fire” in the debut of all three Bundesliga competitions, the German National Cup and the Champions League.