Mr. Xi Jinping: China and the US should re-establish a diversified dialogue mechanism 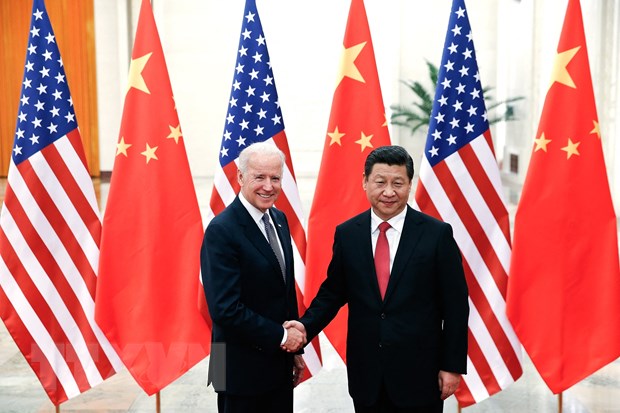 Chinese President Xi Jinping (right) and Mr. Joe Biden (left), while serving as Vice President of the United States at a meeting in Beijing on December 4, 2013. (Photo: AFP / VNA)

In the first phone call with the US President Joe Biden On the morning of February 11 (Vietnam time, the evening of February 10, US time), Chinese President Xi Jinping said that Beijing and Washington should re-establish dialogue mechanism diversity to accurately understand each other’s policy intentions as well as avoid misunderstandings and miscalculations.

According to Xinhua, the two leaders congratulated each other and the people of the two countries on a New Year 2021 on all the good things. Chairman Xi Jinping affirming that reviving and promoting Sino-US relations is the most important development step in international relations over the past half century and beyond.

He added that, despite all the difficulties and difficulties, this relationship generally continues to grow and bring great benefits to the people of the two countries as well as contribute to stability, peace and prosperity. of the world.

Leaders China emphasizing that the two countries will benefit if they cooperate and suffer many losses if they choose confrontation, so cooperation is the only right choice for both sides.

For his part, President Biden made clear China has a long history and a great culture. According to him, the two countries must avoid conflict and be able to cooperate in areas such as climate change and many other issues.

President Biden stressed that Washington is ready to have a frank and constructive dialogue with Beijing in the spirit of respect and mutual understanding, avoiding false information and miscalculation.

Both leaders agreed that the phone call will send a positive signal to the world and the two sides will maintain close communication on bilateral relations and issues of mutual concern.