Not discouraged by the Covid epidemic and market share is slowly dwindling day by day. Motorola still released the third smartphone in the Moto G9 line called Moto G9 Power. So what does this smartphone stand out from, let me do a detailed review of the Motorola Moto G9 Power now!

This article is based on the opinion of the tech site Techradar.

Moto G9 Power is a cheap smartphone but possesses a sturdy design language with a 6.8-inch screen, 9.66 mm thick body with a relatively flat module. 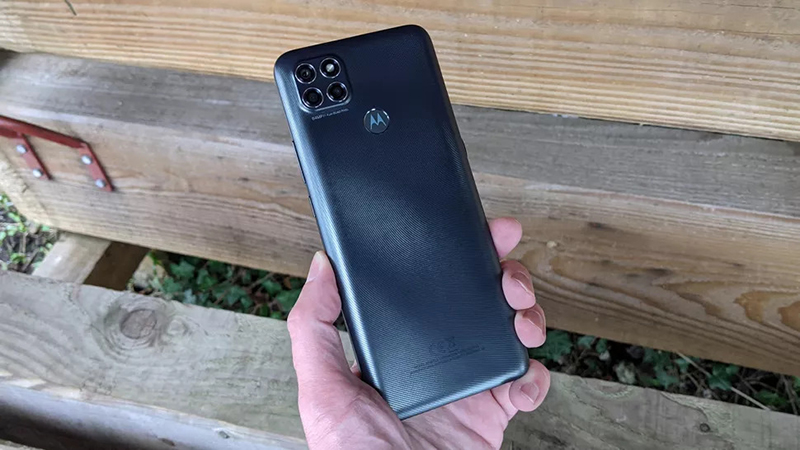 The plastic back and thick edges bring a sense of minimalism but still harmony, not an aesthetic disaster like other cheap smartphones.

The camera module at the back is also compactly designed by Motorola with a silver metal strip around each camera and flash to add a unique character to the device. In addition, the back also has a fingerprint sensor and fingerprint-like lines for a firmer grip. 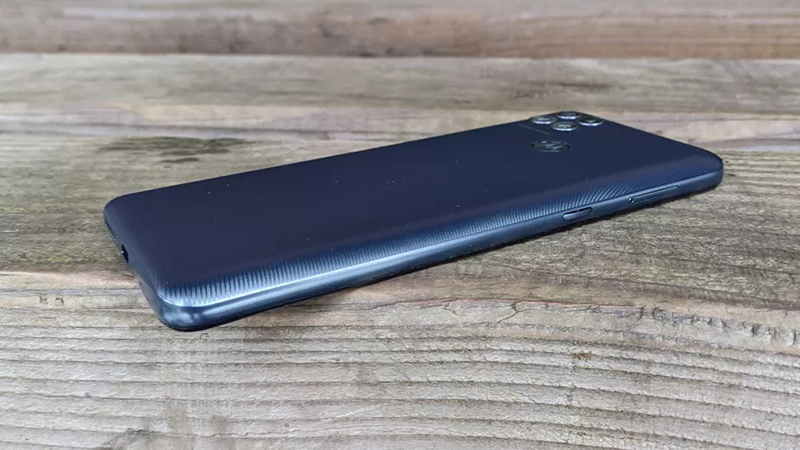 As usual, the power and volume buttons are located on the right side of the phone. Meanwhile, Motorola has added the Google Assistant button on the left side, which is a rarity in budget smartphones.

On the side we will have a 3.5 mm jack, while the bottom edge is a USB-C port and external speaker. 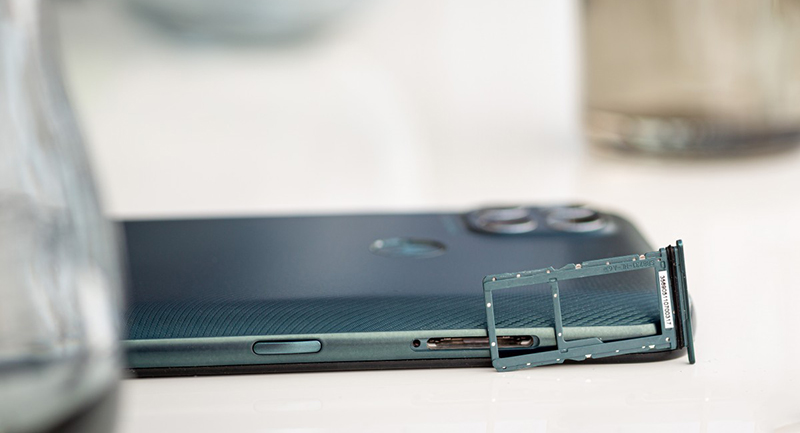 The Google assistant button is in a position very convenient to use. (Source: Gsmarena)

Despite being a cheap smartphone, Motorola has equipped the Moto G9 Power with a waterproof coating. Probably the brightest point in a minimalist yet convenient design of this smartphone.

Motorola Moto G9 Power is owning a large screen up to 6.8 inches, this is truly a smartphone for people with large hands. 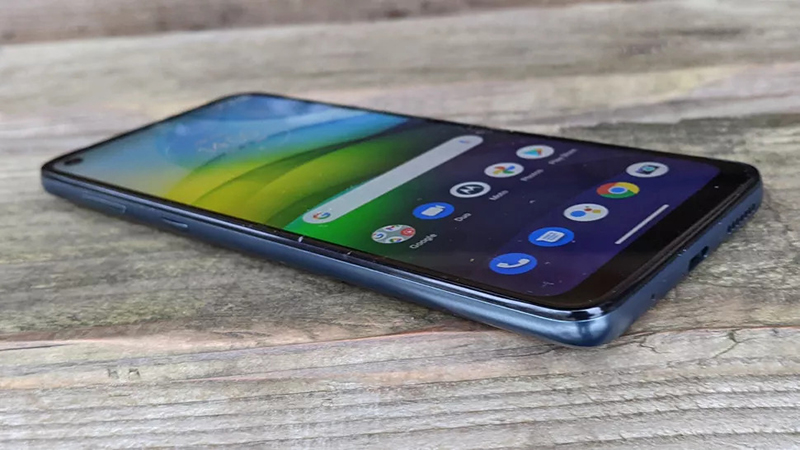 You can do a bit of taking pictures and surfing the web with one hand, but for texting or other operations you definitely have to use both hands. 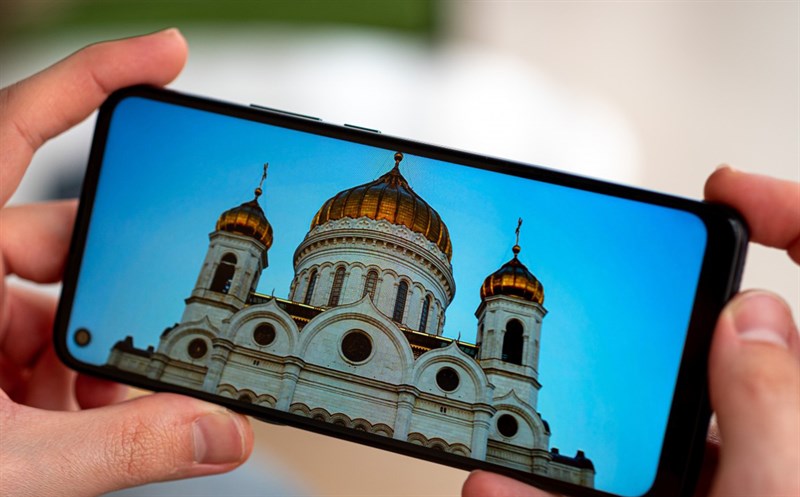 This isn’t a bad display, but when the brightness goes up, you’ll find it doesn’t have the same color depth and contrast as an OLED display.

Although it only owns a 720p screen, the large screen offers very good entertainment. However, around the selfie camera there will be an annoying black circle. This is probably a common problem with low-cost smartphones. 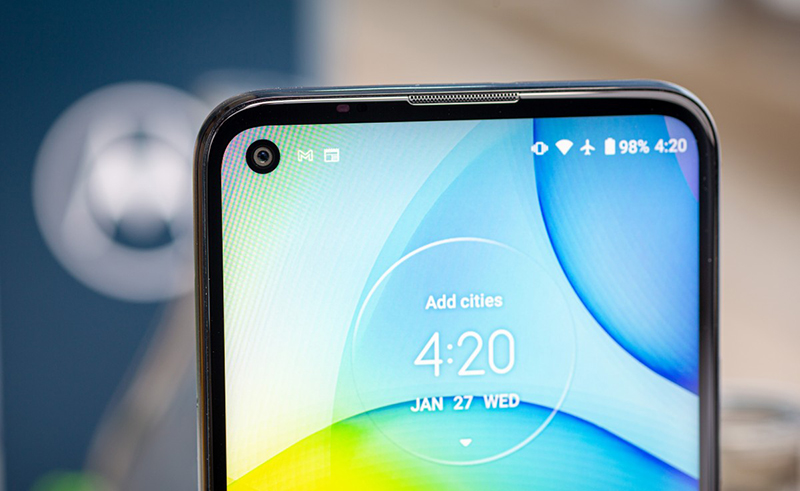 The large black border around the selfie camera. (Source: Gsmarena)

The screen is probably one of the weakest parts of the Moto G9 Power, and if screen quality matters to you then this isn’t a good choice. The strength of this particular handset lies elsewhere.

Photography is the strength of the Motorola G9 Power Camera

If you are a fan of minimalism, the camera setup on your Moto G9 Power is for you.

The brightest star of the Moto G9 Power is the main 64 MP camera with f / 1.8 aperture, in addition you will have a 2 MP depth-measuring camera, a 2 MP macro camera on the back and a 16 MP selfie camera on the front. 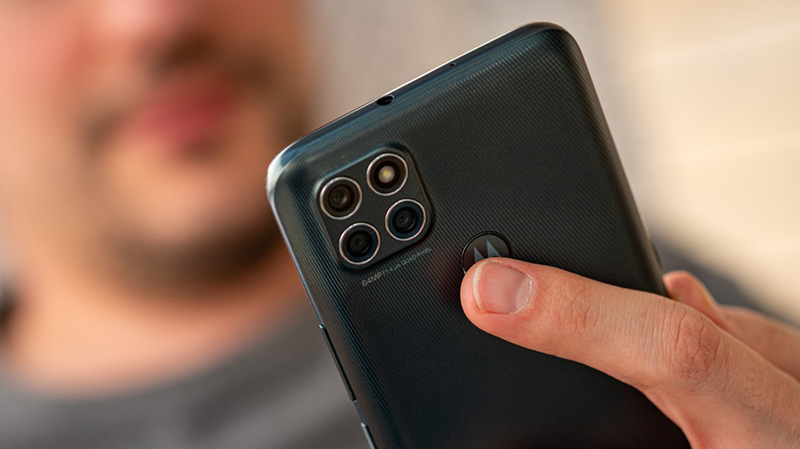 The main camera will default to 16 MP resolution, you can take 64 MP photos by accessing the settings. However 16 MP is more than enough for a good photo.

The photos taken from the Moto G9 Power camera don’t win you any photography awards, but are nice enough to use on social media and as souvenirs. 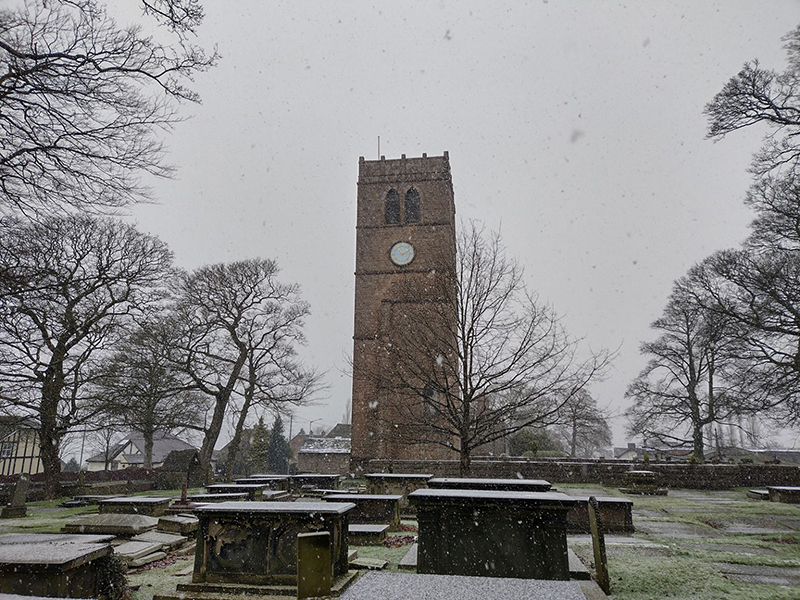 In good lighting, details are sharp and colors are well balanced. You will be impressed with the HDR processing capabilities of this budget machine. HDR helps to show the darker and brighter areas of each picture clearly. 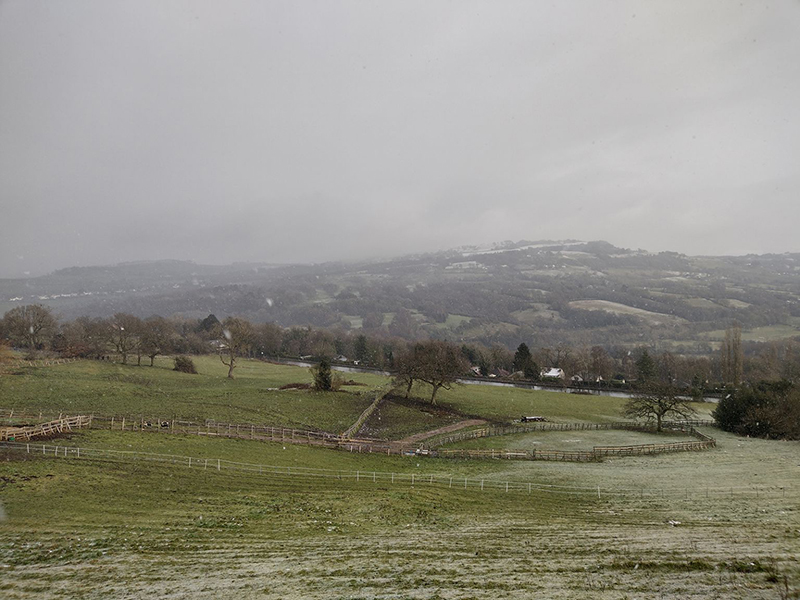 Most of the photos taken from the Moto G9 Power rear camera are excellent. (Source: Techradar)

With HDR turned on however, the shutter speed is a bit slow, but whether it’s a close-up photo or a landscape shot, the Moto G9 Power’s rear camera is mostly excellent. 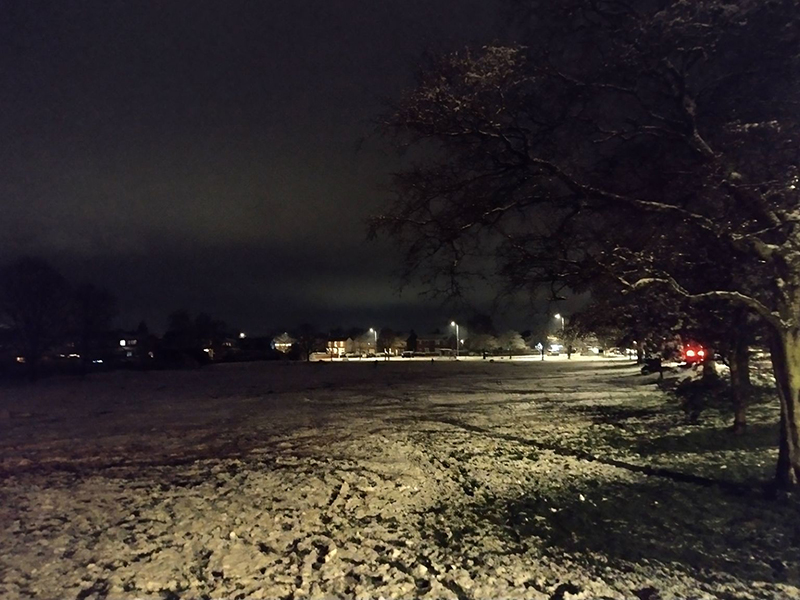 The biggest drawback of the Moto G9 Power is night photography. (Source: Techradar)

In low-light conditions, the Moto G9 Power is very vulnerable to detail and misses. Even when the night mode is turned on, the photo still gets noisy and details are lost. However, the photos taken can still be used well to post on social networks. And for a cheap device that’s not bad at all. 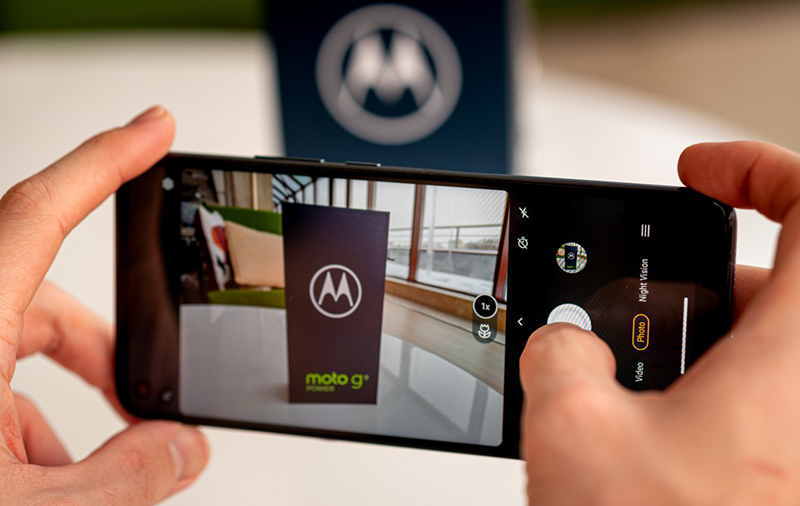 Camera application is designed to be minimal. (Source: Gsmarena)

The built-in camera app is simple and easy to use, emphasizing the value of the Moto G9 Power as a point-and-shoot smartphone.

Moto G9 Power comes with Qualcomm Snapdragon 662 chipset, combined with 4 GB of RAM and 128 GB of internal memory and can be expanded by inserting an external memory card. 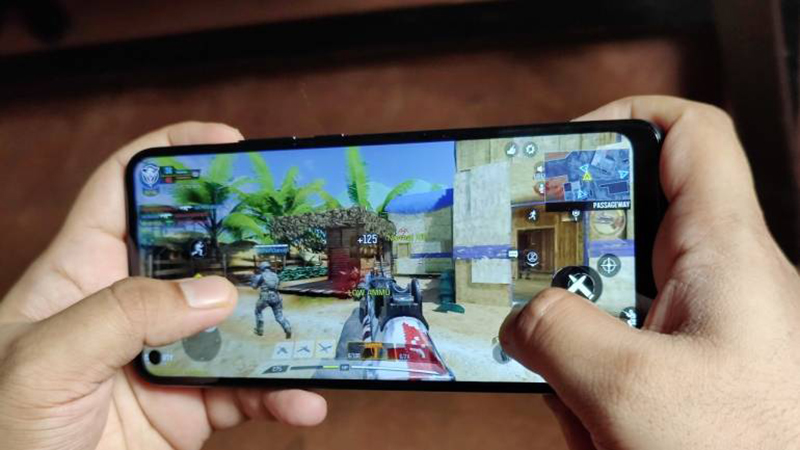 The Qualcomm Snapdragon 662 chip offers a level of performance that is just enough for gaming. (Source: Moneycontro)

In general, these are the minimum specifications if you want your smartphone to function properly. And Motorola has also tried very hard to be able to equip the above parameters on a cheap smartphone.

We don’t have a huge spec, but the Moto G9 Power has also outperformed some smartphones in its price range like the OPPO A53. If you can pay a little more, however, then the OnePlus Nord N10 5G will probably be worth it. 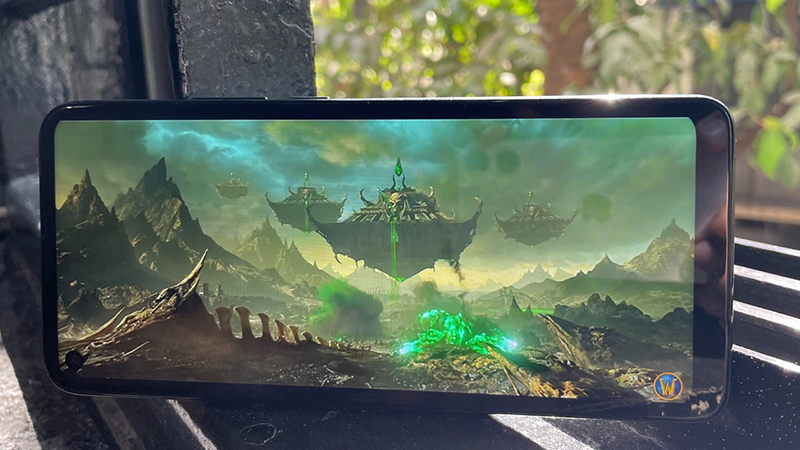 While the Moto G9 Power can handle visual-demanding games such as the Asphalt or Call of Duty Mobile racing game series, there is still occasional lag. However, you can get around this by lowering your app’s picture quality setting to the lowest.

During everyday tasks, the Moto G9 Power does not encounter any difficulties. Some tasks such as switching to full screen video or displaying dozens of browser tabs at the same time Moto G9 Power experience slight delay. However, this is not a big deal for a cheap smartphone.

How long does the 6,000 mAh battery on the Motorola G9 Power last? 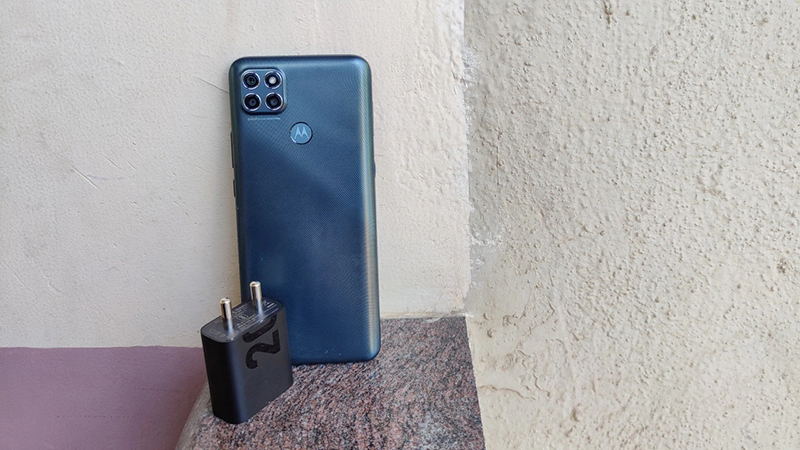 The large battery with 20W fast charger gives you up to 2 days of use per charge. (Source: Pocket-lint)

That massive capacity, plus a low-resolution display and modest internal specs, mean you don’t have to worry about charging your G9 Power every night. Experience video streaming, Motorola Moto G9 Power lose 10% after every two hours of use.

The Moto G9 Power offers 20W fast charging. That’s not the fastest speed on the market, but your smartphone will be fully charged from 0 to 100% in about an hour.

With the Snapdragon 662 processor and 4 GB of RAM, the Motorola Moto G9 Power is almost at its maximum specification in its price range. The smartphone also offers good photography in the price range and the 6,000 mAh battery is worth the money.

There are many factors to consider when you buy a cheap phone because there are always trade-offs. Do you prioritize battery life, experience, camera quality, gaming capabilities, design or software?

How do you see the Motorola Moto G9 Power? Leave your comments below!