HP Chromebook x2 11 is a Chromebook laptop sold in the high-end segment. The device is equipped with a 2K screen with brilliant image quality, divided by the 3:2 aspect ratio. The device uses Qualcomm 7C chip, providing extremely efficient power consumption. The article reviews HP Chromebook x2 11 in detail, thereby showing the strengths and weaknesses of the product line. 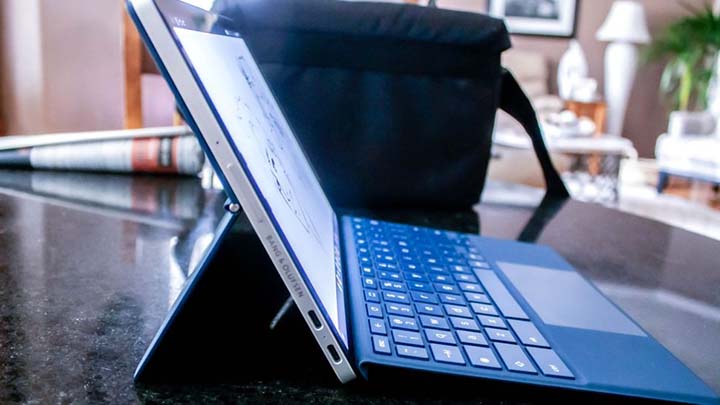 HP did a great job with the design of the Chromebook x2. The machine possesses an impressive build quality and has a high level of finishing. With a 3-dimensional footprint of just 9.9 x 4.6 x 0.3 inches, the HP Chromebook x2 11 is incredibly portable, allowing you to take it anywhere with ease. The Chromebook itself has an overall weight of 1.16 kg, but still feels solid thanks to the unibody aluminum design.

When not attached to a removable keyboard accessory or a case, the appearance of the Chromebook x2 looks like a common tablet on the market. The detachable keyboard is attached to the body through a system of magnets.

Surrounded by a bezel measuring less than half an inch, the 11-inch display takes up most of the front panel. Hidden under these two bezels is an audio system, including two speakers located on either side of the screen.

Due to its ultra-thin design, the Chromebook x2 doesn’t have much space for multiple ports. The device is only equipped with 2 USB Type-C ports located on the left side, allowing you to both charge and connect the device to an external device. Overall, the HP Chromebook x2 11 is a Chromebook with a modern design, high build quality, and good finish. 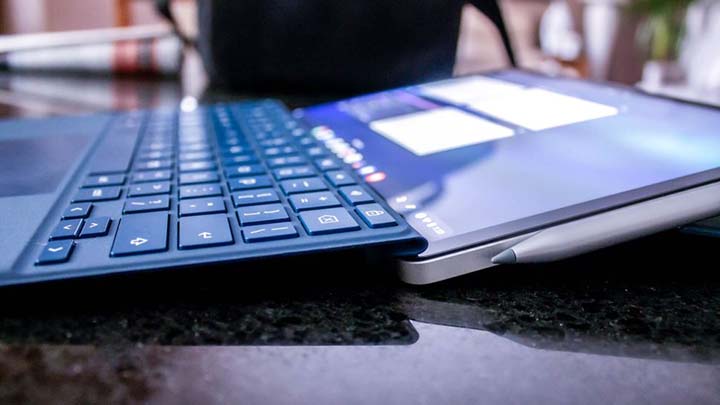 The Chromebook x2’s screen measures 11 inches diagonally. The monitor has a 2K resolution and is split in a 3:2 aspect ratio, delivering an impressive picture quality for the price segment.

In our test, the machine’s screen has a recorded color coverage of 71% of the DCI-P3 range. This result is lower than the segment average (80.5%), which also includes the competing model, the Pixelbook Go (76.7%).

While the color rendering isn’t very impressive, the screen has a brilliant level of brightness, with 425 nits recorded in our test. This brightness result not only falls far behind its competitor, the Asus Chromebook Flip C434 (286 nit), but also completely beats the current segment average (360 nit).

The touch feature of this monitor has a pretty smooth performance, allowing me to interact with any application on the operating system easily and seamlessly. 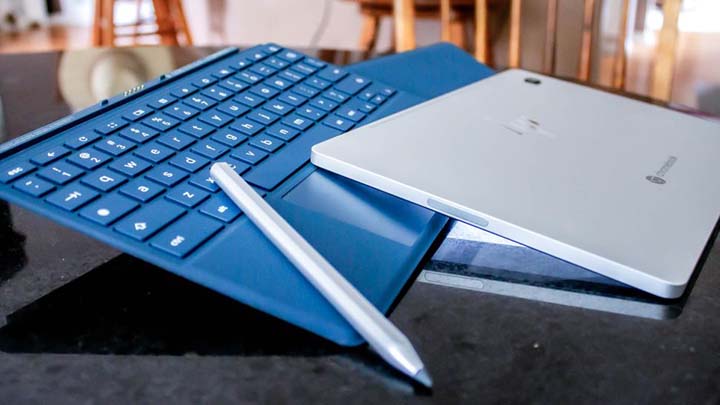 The Chromebook x2’s detachable keyboard has a thin and light design, but it has an impressive durability. However, due to its slightly small size, it may take some time before you fully get used to the layout of the keyboard.

The Chromebook x2’s touchpad is large compared to other hybrids on the market. With a 2-way size of 4.5 x 2.5 inches, the touchpad provides a spacious usable space, allowing me to control the mouse pointer easily and seamlessly. 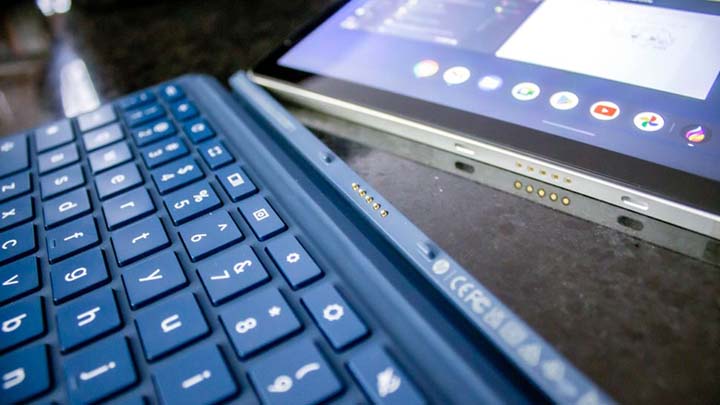 Powered by a Qualcomm Snapdragon 7C chip and using eMMC internal memory instead of an SSD, the performance level of the Chromebook x2 is just average. Although it does not bring a level of speed performance, the Snapdragon 7C chip of the device has an advantage that is the ability to efficiently consume power.

To test the device’s multitasking ability, we opened 25 Chrome tabs simultaneously, including a few that played 1080p videos on Youtube. During this time, although some tabs took a few seconds to load, I was able to interact smoothly with different working applications.

Testing the machine’s processing performance with the Geekbench 5 test, our HP Chromebook x2 11 has a recorded performance score of 1691. This is a pretty low performance score compared to the segment (2590 points). ), but at least the competing model in the same price range, the Google Pixelbook Go, still has a lower score (1356 points).

Using the Jetstream 2 test to test the web surfing speed of the HP Chromebook x2, the machine returned a result of 63 points. This result is higher when compared to the Asus Chromebook Detachable with the same detachable keyboard design (33.2 points), but much worse than the current Chromebook segment average (101.1 points). ). 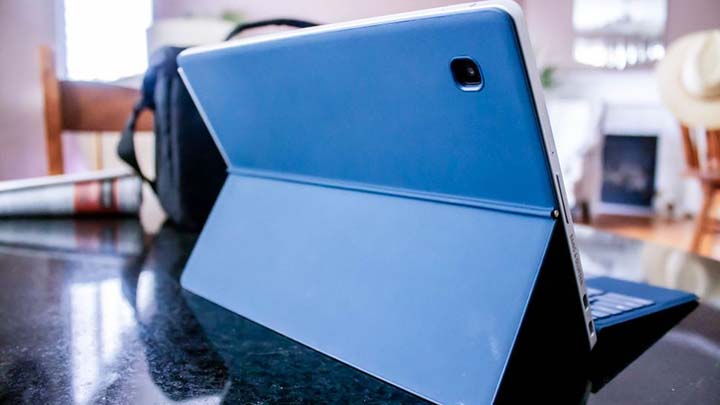 HP Chromebook x2 11 is equipped with a total of 2 cameras, with an 8MP front camera, and a 5MP rear camera.

In addition to the ability to take pictures, the rear camera of the device is also used to quickly scan different types of documents during work. The image quality of these cameras is at a moderate level compared to the segment. The front camera of the device is not too high definition, but has very good contrast and color reproduction.

HP Chromebook x2 runs on the latest version of Chrome OS operating system at the moment. The device comes pre-installed with the main Google applications, which include Youtube, Google Play Store, Google Chrome, and so on.

Chrome OS is capable of running Android apps directly, so you can use phone apps directly on this device without having to use additional emulators. 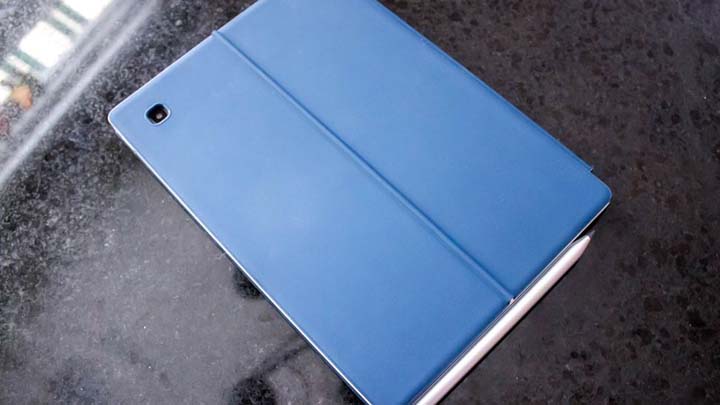