Chromebooks are primarily intended to allow users to go online through the Google Chrome web browser. This has gradually changed with new models being released. In the latest updates, Chromebooks also allow users to directly use Android applications through the Google Play store. Not only that, these models have also been upgraded in terms of design, with many details borrowed from higher-end product models, such as the MacBook Air.

However, unlike the laptop line produced by Apple, Acer Chromebook R11 sold at a much more affordable price. Acer Chromebook R11 is a model that offers flexible working thanks to a pair of screen hinges that can extend up to a 360-degree angle. Although not the most powerful Chromebook in the price segment, it still offers a smooth user experience. 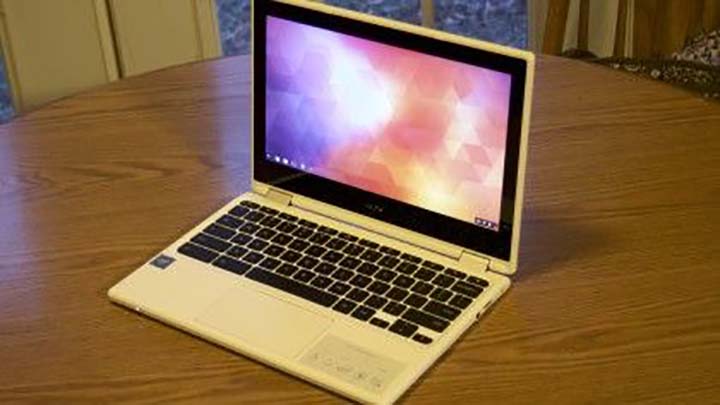 One of the points that makes the Acer Chromebook R11 stand out from other product lines lies in the size and overall weight of the machine. With a weight of only 1.25 kg, along with a 3-dimensional body measuring 11.57 x 8.03 x 0.76 inches, the Acer Chromebook R11 is a highly portable device. The machine has a more compact appearance when compared to models in the same segment, such as the Dell Chromebook 11 (weighing 1.31 kg, 11.69 x 8.57 x 0.83 inches).

On the front, the machine is equipped with an 11.6-inch screen with a resolution of 1366 x 768 pixels, which supports touch features and is decorated with the Acer logo on the bottom edge. Located on the body, the Acer Chromebook R11 is equipped with a full-size keyboard. And right below the keyboard is a fairly large palm rest area with the touchpad in the middle.

Although the outer shell is made mainly of plastic, the Acer Chromebook R11 feels surprisingly solid when held in the hand. The only point of complaint is that the white surface of the device clings to a lot of fingerprints during use.

In terms of connectivity, the Acer Chromebook R11 is equipped with 1 USB 2.0 port and 1 USB 3.0 port, with each port divided into 2 separate sides. In addition, the machine also has a full-size HDMI port, a headphone jack and an SD card reader slot. 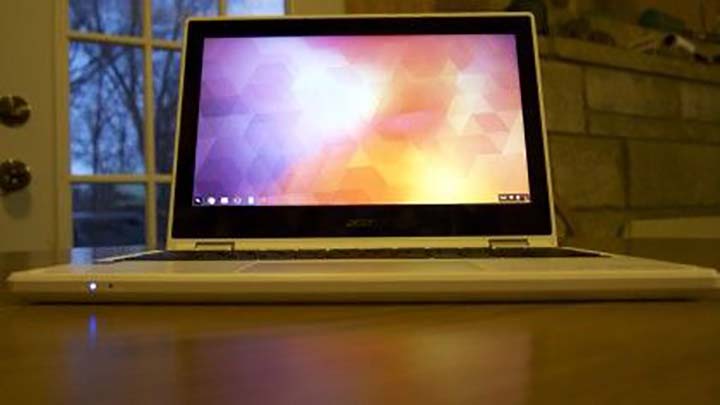 During our testing, including working with dozens of Chrome tabs at the same time, the performance level of the Acer Chromebook R11 was quite high, although there was occasional lag. The combination of the Intel Celeron N3150 chip with 4GB of RAM makes every task done quickly and smoothly, even when multitasking with many different applications.

However, sometimes the Acer Chromebook R11 experienced lag, especially when we changed the multitasking screen between different applications.

To test the web loading speed, we use the Octane test. In this test, the Acer Chromebook R11 scored 8133, higher than the 6795 score achieved by the Asus Chromebook Flip in the same segment. 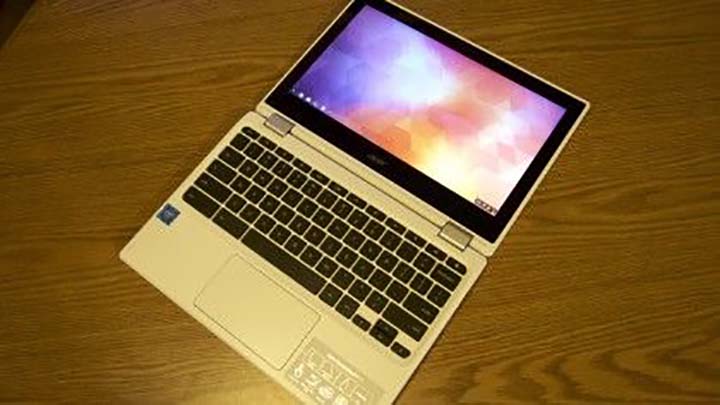 Acer Chromebook R11 is equipped with an 11.6-inch screen with a resolution of 1366 x 768 pixels. During daily work, we evaluate the screen of the R11 to have a moderate display quality to meet the needs of actual use.

The screen has a fairly high brightness and wide viewing angle thanks to the high quality IPS panel. Similar to when working, the machine screen offers a pretty good experience when watching entertainment movies thanks to its ability to display vivid and vibrant colors. The only point that we are not really satisfied with when talking about the display quality of this monitor lies in the contrast.

As a 2-in-1 laptop, the Acer Chromebook R11’s hinge pair can be extended to a maximum angle of 360 degrees, allowing users to quickly transform the state of a traditional clamshell laptop into a computer form. board. In the tablet state, users can interact with applications through the touch screen. The screen of the Acer Chromebook R11 has a fast and accurate touch speed, providing a good experience during use.

The keyboard of the Acer Chromebook R11 is placed negative compared to the body, allowing users to rest their hands on it more naturally. The buttons of the keyboard have a moderate travel and have good bounce, providing a good experience during use.

The device’s touchpad has a surface area that is at a moderate level compared to the segment. The surface of this touchpad has a not too high finishing level, making the experience of controlling the mouse pointer during actual use not very good.

According to Acer, the Chromebook R11’s battery life is estimated to be around 11 hours. Our actual usage shows that the battery level announced by the company is quite accurate. This makes the Acer Chromebook R11 a good choice for those looking for a work device that can last through the day.

We performed the majority of the tests with the screen brightness set between 50 and 60%. In these tests, the machine can last more than 9 hours after performing tasks such as surfing the web, playing videos, and so on. This is a good level of battery life, and is above the segment average at the time of writing. 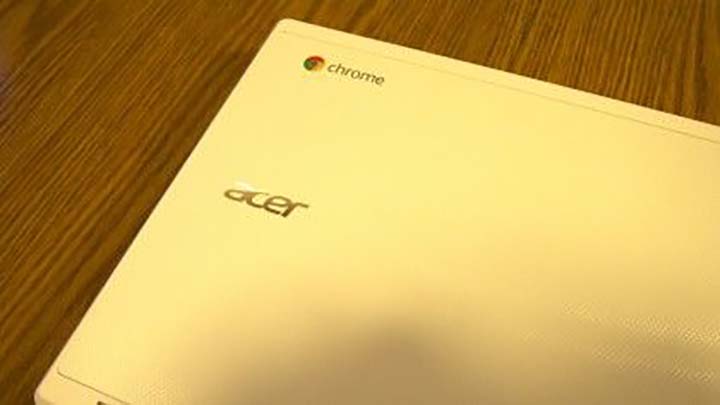 The Acer Chromebook R11 is a good choice if you’re looking for a compact Chromebook. It is sold at an affordable price point, while also possessing a level of speed and stability performance that can handle all basic daily workloads well.

However, there is one point that you need to consider carefully before choosing to buy, which is whether Chrome OS is the right operating system for your needs. As we mentioned in the introduction, Chrome OS is the kind of operating system centered around the functions of the Chrome web browser, which greatly reduces the flexibility of the machine. Even so, the Acer Chromebook R11 is still a good choice of work computer if you are in need of a device with enough battery to run through the day.