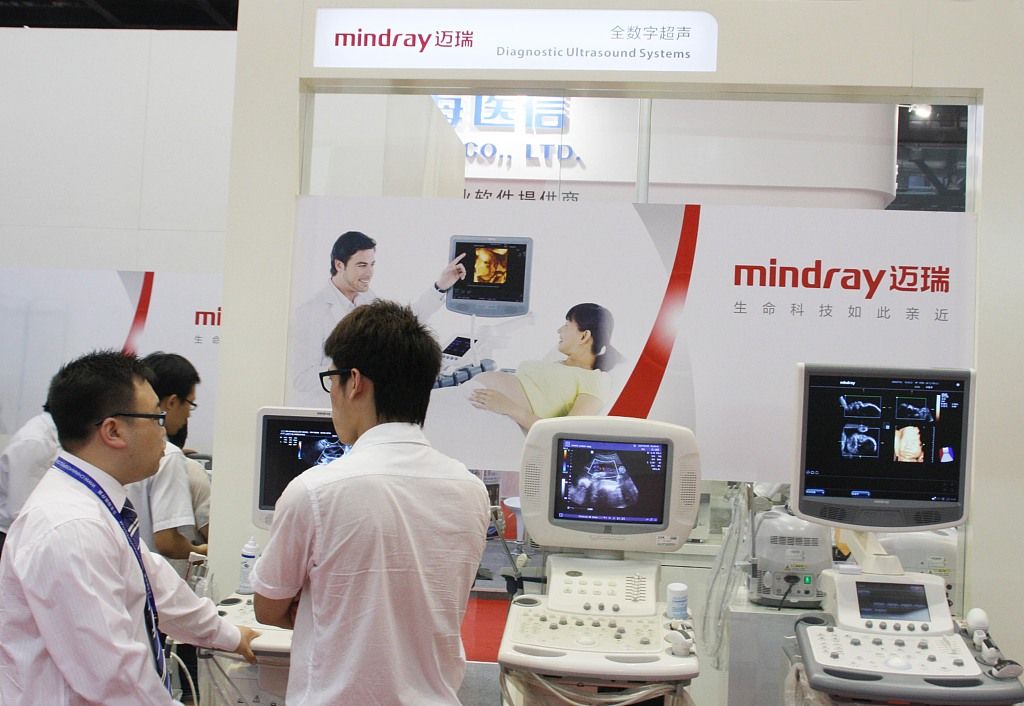 Orders for products such as ventilators increased in the epidemic, and the first quarter results are expected to increase

On the evening of April 9, Mindray Medical released the first quarter 2020 performance forecast.

In response, Mindray Medical stated that during the reporting period, due to the impact of the new coronary pneumonia epidemic, vital information and monitors, ventilators, and infusion pumps supporting the production line, portable color Doppler ultrasound and mobile DR for the medical imaging production line, in vitro diagnostic production line The growth of products such as various instruments directly related to the epidemic has accelerated to varying degrees, among which the pulling effect on life information and supporting production lines is particularly significant. The reagents for in-vitro diagnostic production lines and desktop color Doppler ultrasound for medical imaging production lines have slowed down due to the decline in routine diagnosis, surgery, and physical examination during hospital outbreaks. On the whole, the company’s main business income still achieved healthy and stable growth.

Recently, due to the spread of the new coronary pneumonia epidemic worldwide, the demand for medical equipment abroad has grown dramatically, especially the demand for invasive ventilators.

On March 30, Xu Kemin, director of the Department of Industrial Policy and Regulations of the Ministry of Industry and Information Technology, publicly stated: “Ventilator is the most critical medical device for the treatment of patients with new coronary pneumonia. Since the outbreak, major manufacturers of ventilator in China have resumed production for the first time. For example, Shenzhen Mindray urgently recalled the technical backbone of the fake home on the second day of the new year and tried to resume production. We organized many local industrial and credit departments to quickly realize the upstream of the 853 national supporting suppliers on the premise of good epidemic prevention and control. 794 companies resumed production and resumed production, helping enterprises to solve the problems of parts shortage and poor logistics transportation in time. As of March 29, major ventilator companies have supplied more than 27,000 ventilators to the country, including more than 3,000 ventilators . “

According to Li Xiting, chairman of Mindray Medical, “Invasive ventilators are usually suitable for patients with severe respiratory failure. The threshold for research and development and production is relatively high. It is not easy to increase production on a large scale.”

Talking about Tesla making a ventilator, “the reality has little meaning”

From April 2 to 3, the Mindray medical executive team also answered some questions about the ventilator when receiving investors.

Some investors asked: “Due to the increasing severity of overseas epidemics, Medtronic has also announced the design drawings and software codes of its ventilators. Tesla also said that it will produce ventilators across borders. What impact will this have on the ventilator market?”

In response, Mindray Medical replied: “First of all, Medtronic ’s ventilator that released the drawings is the ventilator product of many years ago, and its voice in the Medtronic product family is weak. The design and performance of this product is far behind the current technical environment. The actual clinical significance of other ventilators in the epidemic situation is not great, and the possibility of treating new crown patients in severe cases is also very low. “

Regarding the Tesla-made ventilator, Mindray Medical believes that “the practical significance is not significant”, the reason is: “Leave aside the research and development cycle, clinical cycle, and registration cycle of severe ventilator. Just looking at the supply of upstream parts, Know how hard it is to cross the border. “

Mindray Medical explained specifically: “Severe ventilator involves thousands of parts. It is difficult to imagine that Tesla can replace all existing auto parts. The newly designed parts are responsible for patient safety from the perspective of reliability and safety. It can’t be applied to ventilator products immediately. It is not only difficult to cross the boundary from the automotive industry, but also from the domestic ventilator to the critical treatment ventilator. For example, the components used in the domestic ventilator and the similar components used in the domestic ventilator The performance and production process are completely different, and the market capacity of the ventilator and its raw materials is limited before the outbreak, requiring these key component manufacturers and their downstream suppliers to prepare raw materials, copy automated assembly and test and calibration tooling in a short time, It is unrealistic to train professional production and testing personnel. Without these key components, even if a car manufacturer with strong production capacity joins, it will not solve the problem of shortage of ventilators. “