Synopsis Millionaire Kobe Daisuke will be assigned to the “Modern Crime Countermeasures Headquarters Preparation Office” (commonly known as the Headquarters) of the Metropolitan Police Department.Quote-Wikipedia

The original is a novel work by Yasutaka Tsutsui released in 1975.
Directed by Tomohiko Ito and produced by CloverWorks.
It was also made into a drama with the same title, starring Kyoko Fukada. 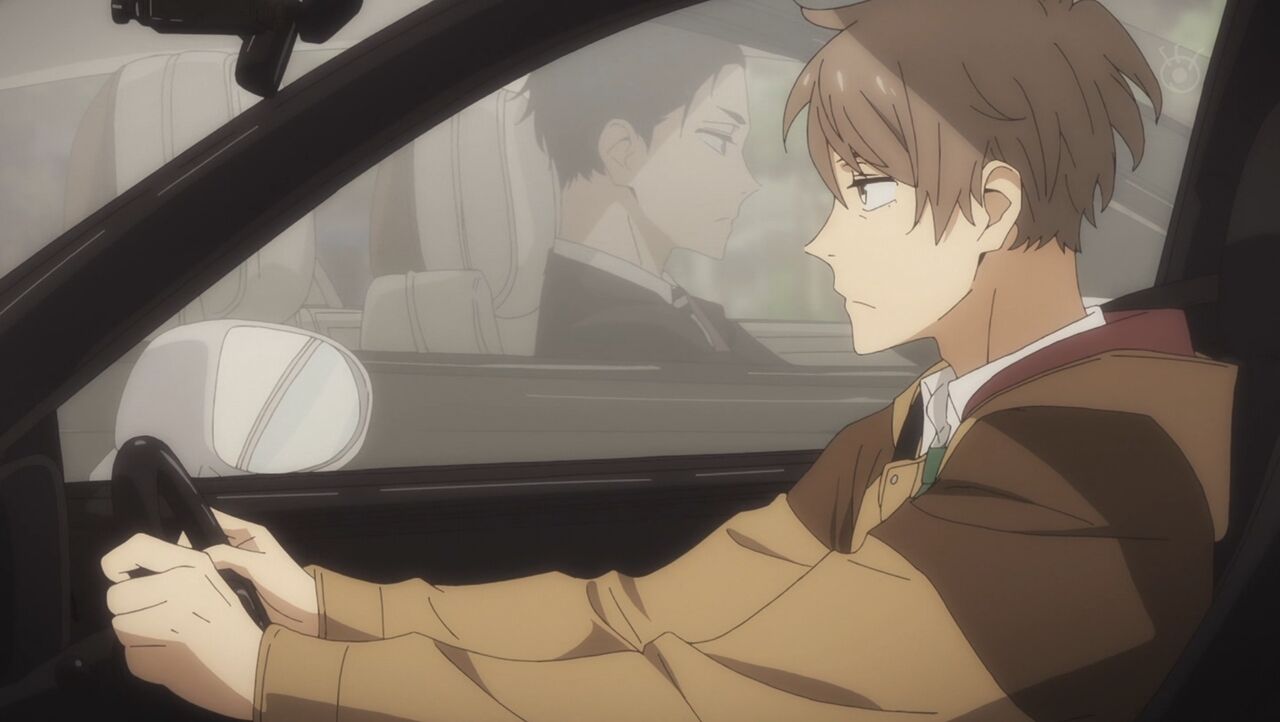 This work has a unique atmosphere.
Although the stage is in Japan, with a character design that has a habit of eyes
Fashionable music, drawing with some dark colors,
The story that progresses lightly creates the world view and atmosphere of this work.

However, it is the voice actor of the hero who destroys such a fashionable atmosphere.
The hero appears from the plane and makes the first voice.
It should be a very important scene, but the stupid voice is not tight.
Because the characters around him are played by professionals, they stand out badly.
Acting ability is quite severe.

When I looked it up, I didn’t even have a voice actor like a dancer. I do not understand what it means.
Why dancers are voice actors, he belongs to the same HoriPro as Kyoko Fukada
It makes me feel something of God’s mischief or chance, or something artificial.
The OP is sung by Johnny’s idol, and although the song itself is good,
I feel “dirty adult gold smell” somewhere.

Although the voice actor of the main character gets used to it after the beginning,
At the moment, I still feel the problem of acting ability. 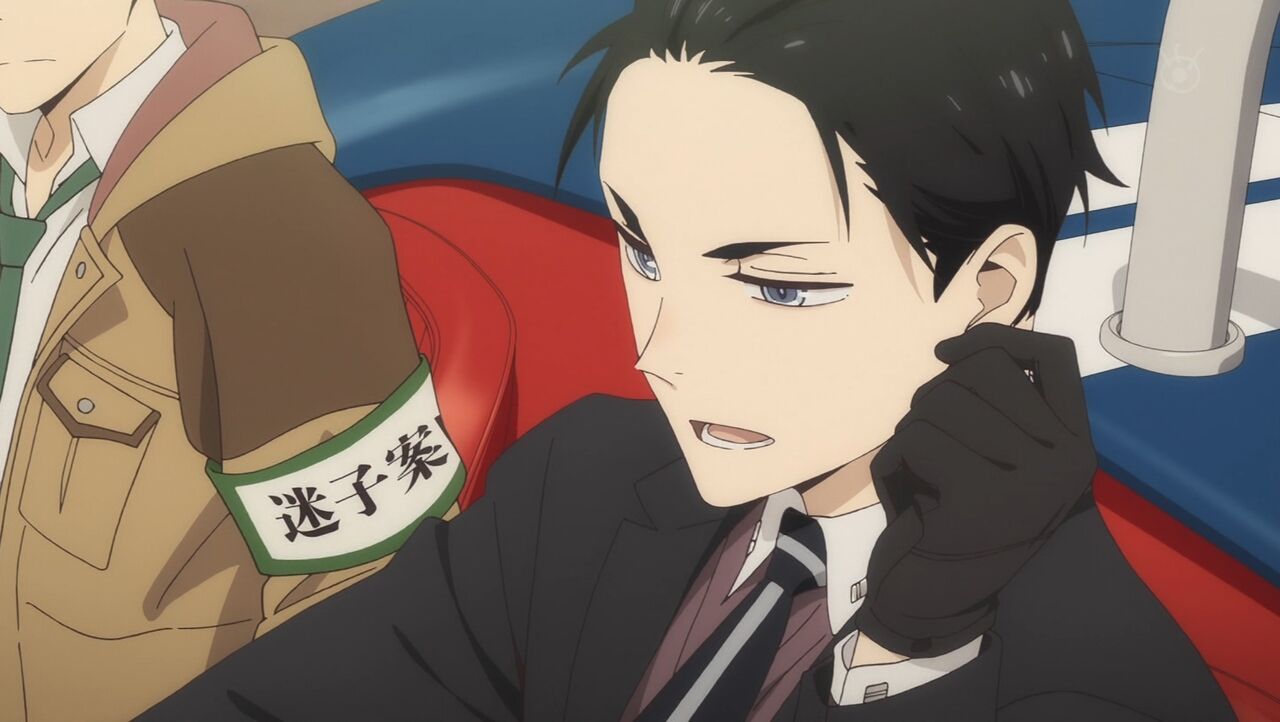 As you can see from the title of this work, “Millionaire” is the inspector.
If there is an obstructive car in front of you, hit it and forcefully push it through,
If you want to chase after the criminal, you can easily buy the Arab Prince’s car for “300 million” (laughs)
It is a work that makes it interesting to solve all kinds of things with “money” and catch the criminal.

What I’m doing is a gag.
This is Nakagawa-level millionaire at the Kameari Koenmae police station in Katsushika-ku.
Such a millionaire spends money just like hot water to solve the criminal.

Maybe because the stage setting is modern
The scene of spending the money is not very interesting.
For example, throwing a wad of bills packed in an “attache case” at the opponent
It is easy to understand if the description is clear, but there are many productions by electronic description,
I don’t feel like spending a lot of money.

At the end of each episode, “This time’s cost” is displayed,
Even if it is displayed, rather than the feeling that “Eh !? I used it so much lol”
It ends up with a feeling like “Huh”.

The atmosphere of the work is stylish, but how to use money is a gag.
The gap is interesting, but the weakness of the production is conspicuous and there is no punch.
There are many modern but solid criminal-like developments,
I get the impression that various elements are different.

Whether you want to do gag anime or stylish and fashionable anime
Do you want to do a solid detective drama?
I tried to do all three at the same time and all of them were halfway. 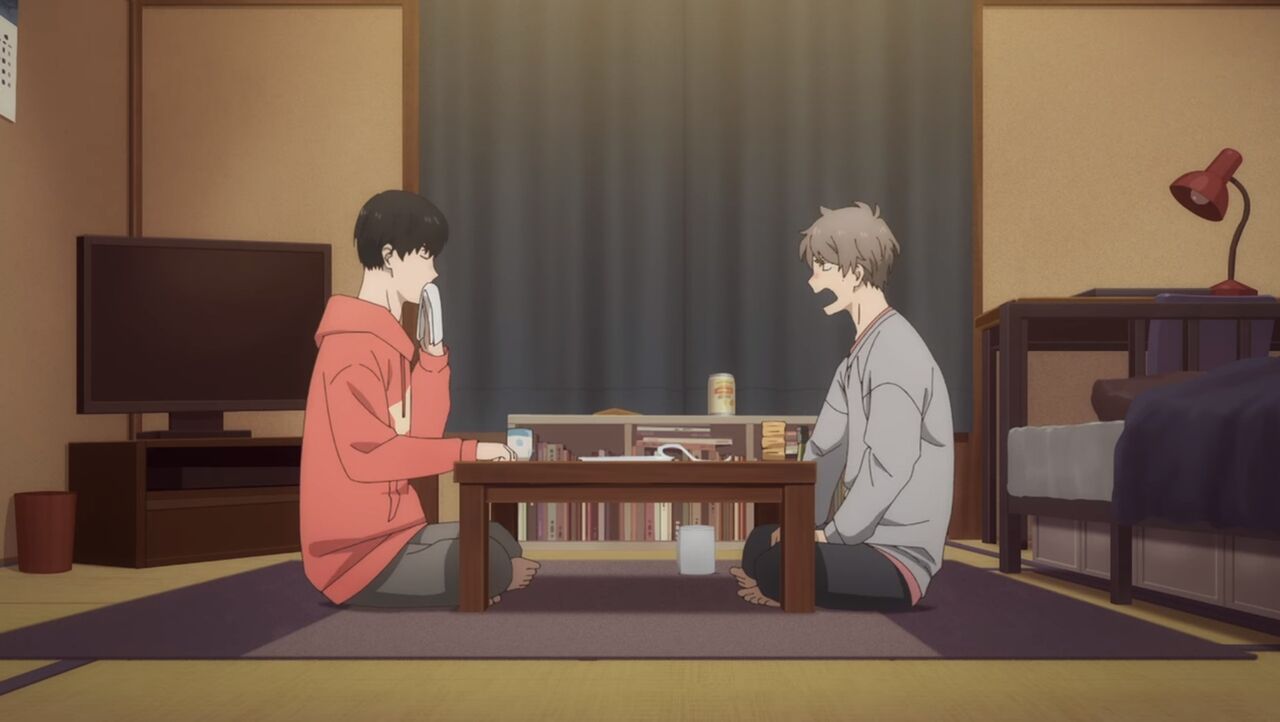 As the name implies, the millionaire detective tries to solve the case with money and wisdom.
On the other hand, his buddy “Haru Kato” is a hot-blooded detective with a strong sense of justice.
It’s the opposite combination. It is a “bumpy combination” that tends to be a detective drama,
It’s a combination of royal roads in a good way.

Episode 1 was a bomb incident, but episode 2 was a drug incident in the gravure area.
The case itself is not that big, even though it is not such a big case
There is a gap in spending a lot of money to solve it.
However, there are many scenes in which the investigation is “plain”, and I don’t know if it’s flashy or plain.
The story development seems to be exciting, but not exciting.

I should have been to Hong Kong at the end of episode 2,
In episode 3, I’m back in Japan and the time series is flying, so it feels strange.
(I found out that this Hong Kong content seems to be a privilege)

However, as a bumpy combination, the relationship deepens in the daily episodes of 4 episodes.
I finally get used to this world. 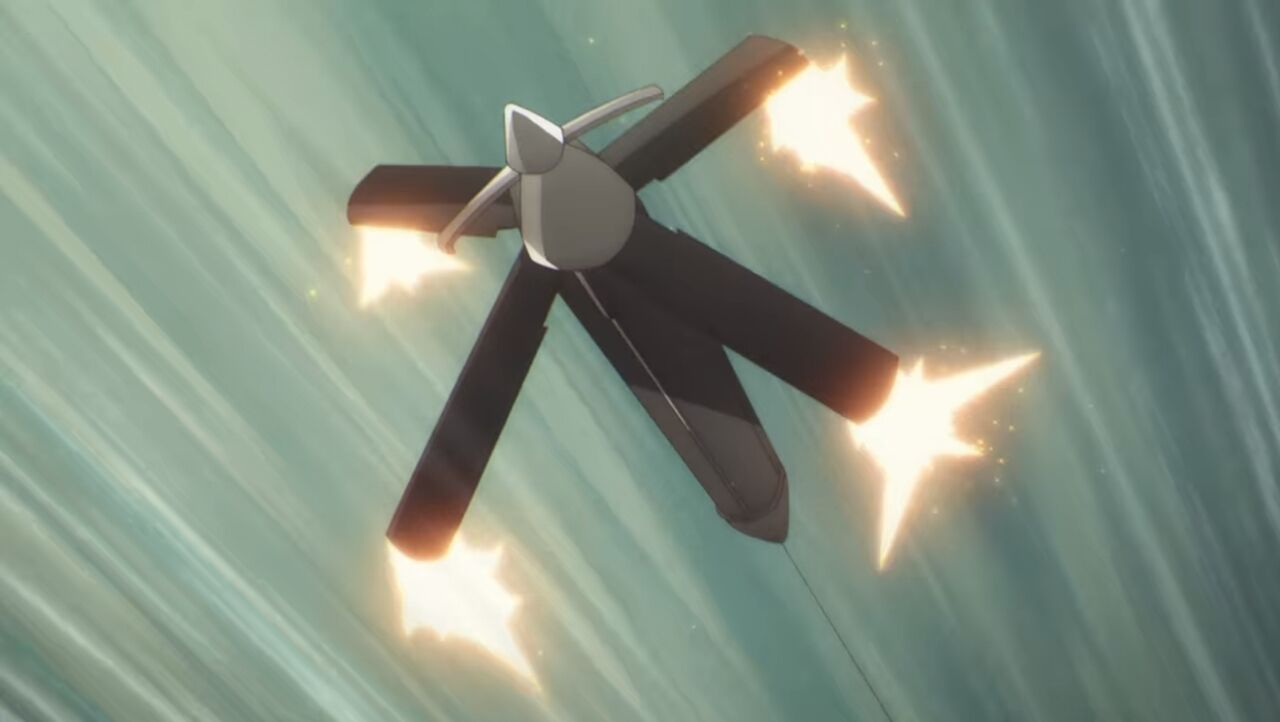 The Millionaire Detective has all kinds of gadgets developed and used.
The easiest to understand is “AI Butler”.
By ordering the AI ​​butler, he collects necessary information and pays money.
This area is like “Batman” or “Iron Man”
I understand that the production side is trying to do it.

At the beginning, I feel that this is not fully utilized.
Points that sometimes get caught in the story, such as “Hmm?”
There is a point to dig in, and depending on the story, rather than spending a lot of money
“Hacking” is often the means, and it seems that the script is not yet elaborated.
There are many stories that make you feel like that. 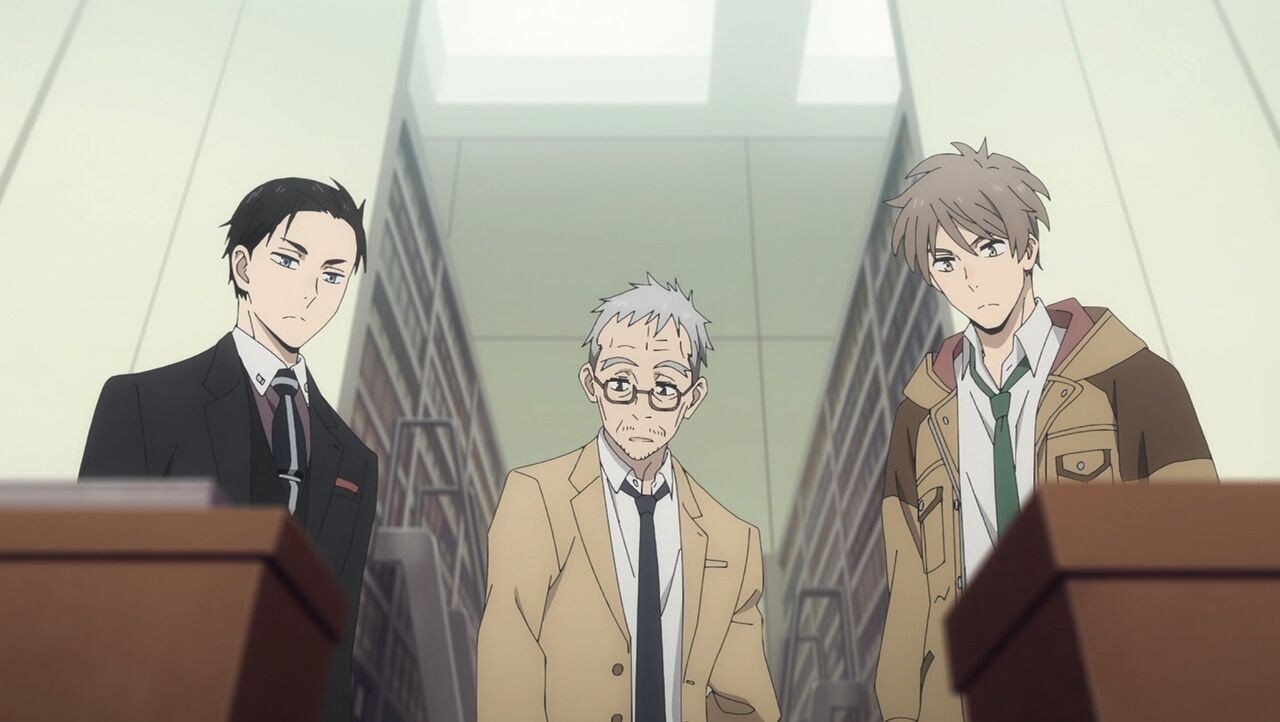 In the second half, an unsolved case 19 years ago,
It becomes a story of the family problem of the millionaire detective involved there.
Although the first half of the story matched the point that I felt lack of kneading,
The story from the second half is well-kneaded.

However, on the other hand, the element as a “millionaire detective” is decreasing.
There is almost no element of solving the case with a lot of money like in the beginning,
Did the production side want to do that in the first place?I think
The number of scenes where you spend a lot of money blatantly like the beginning is reduced considerably.

The money itself is sober though it is used in various ways.
It is often used for post-processing such as reputational damage after an incident occurs,
A lot of money is being spent invisible. 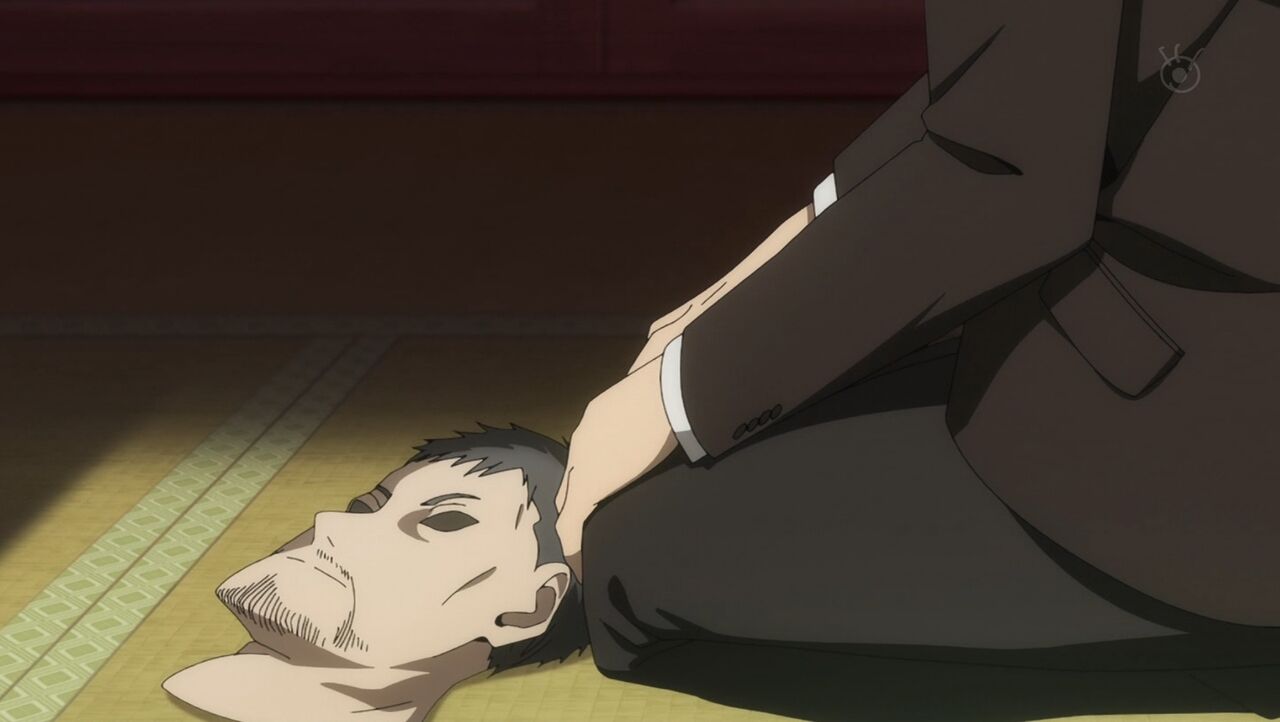 The truth of the case will be revealed in the final episode, but it is very plain as a character
Although it is surprising, it has no presence and no impact.
If there is a mislead or hint in the work, it will be “Ah! That’s it!”
It ’s not like that, it ’s just like “I was actually”
It’s not very interesting as a mystery.

Millionaire Detective and Haru Kato, it’s interesting to see only as a story of these two buddies,
In the end, it’s just like paying attention to it.
In the end, it has become a story for drawing these two characters,
Then maybe you didn’t need a serious story at the end?
It was a work that made me feel. 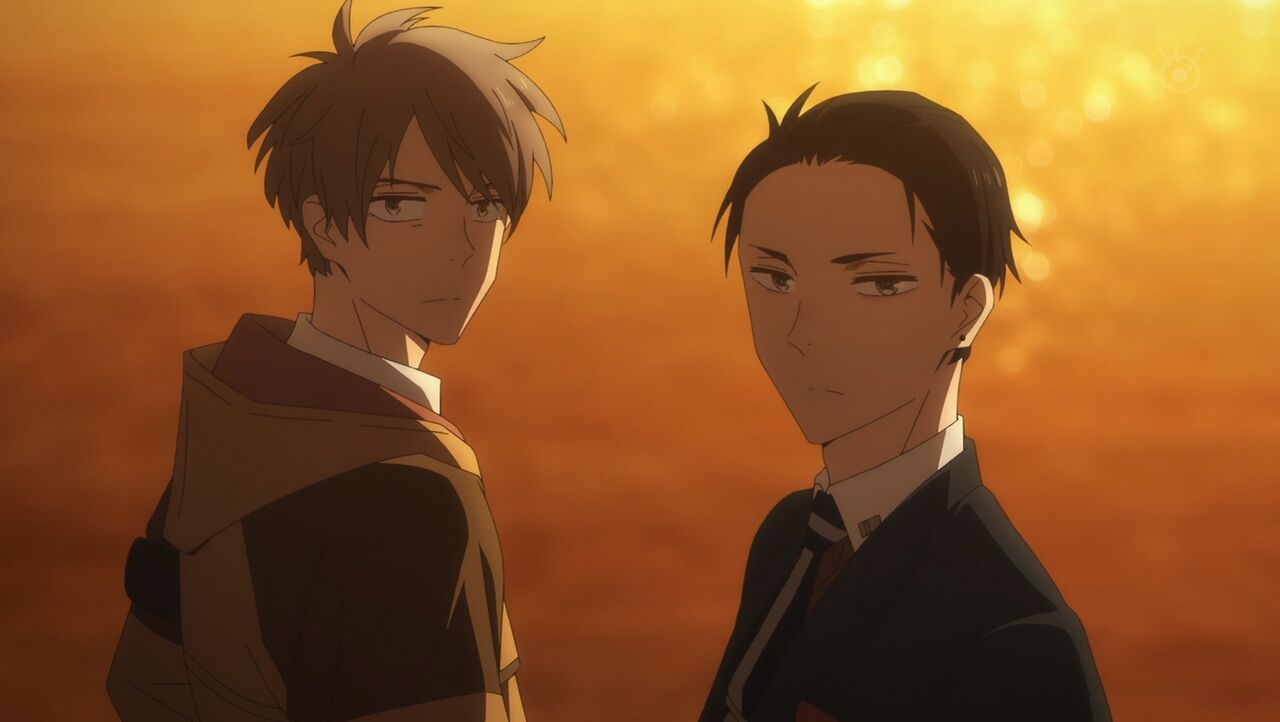 It was a work that seemed to lose its direction as a work as a whole.
From the beginning to the middle, do you want to do gag anime or Badman?
Whether you want to do a detective drama or a fashionable atmosphere animation
Depending on the story, the hits and misses are very large.

From the end, it will be a serious story of unsolved cases and kinship issues of millionaire detectives,
When that happens, the gag element disappears, and although it looks like a mystery
Even if the true criminal is revealed, it does not lead to fun as a mystery,
It ends without being able to fully empathize with the characters.

There are a lot of screenplays, and the part that becomes “Hmm?” Creates a catch,
It’s hard to enjoy it obediently.
“It looks like a hint, but it’s not a hint.” “I thought it was a mislead, but it’s not a mislead.”
It is covered with such elements that are out of tune.

It’s fun as a buddy, the two characters themselves aren’t bad,
The relationship gradually deepens and finally becomes a decent buddy.
It’s interesting to see only this part of the story,
There is almost no fun I expected as a “millionaire detective”.

I forgot that I was a millionaire detective in the final episode,
Even the total cost that appeared in each episode did not come out,
It was a work that left a feeling of “something”.

The atmosphere is very nice, but the atmosphere doesn’t have a script.
The part that spends more money is ridiculous, emphasizing the buddy element,
It might have been an interesting work if the entertainment element was strengthened, so
It was a disappointing work that made me feel strange. 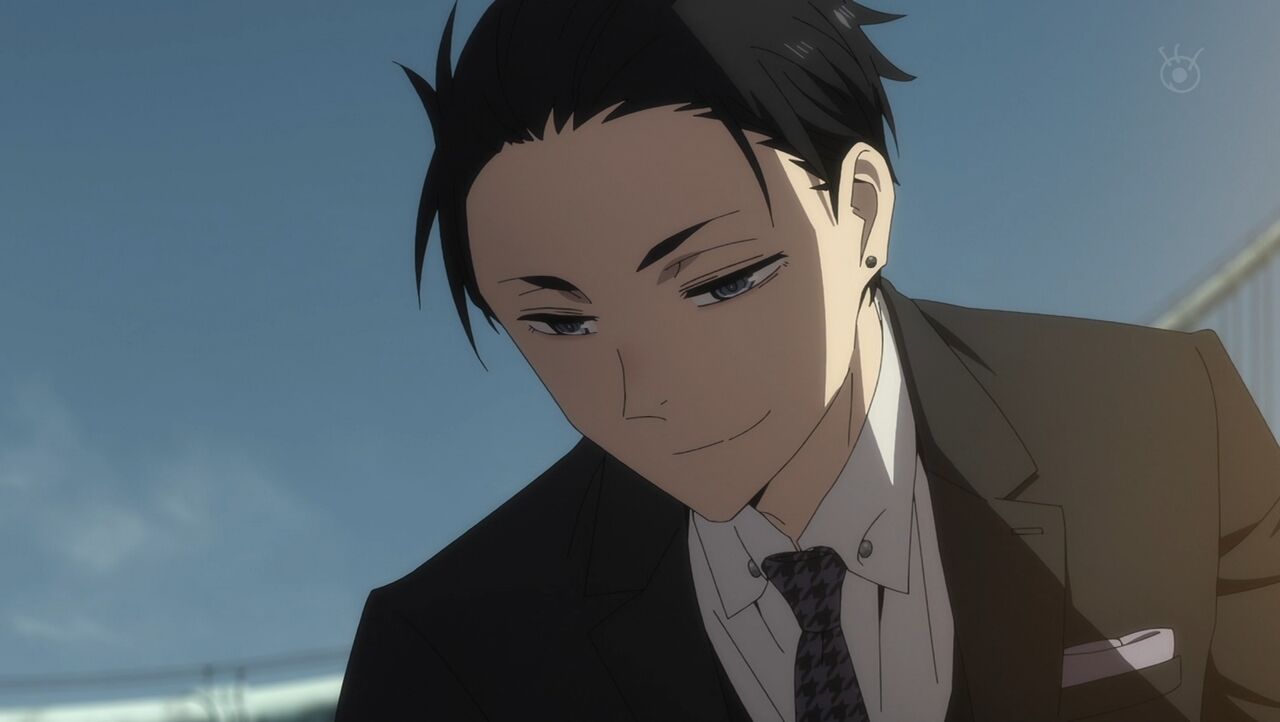 I remember watching the drama Millionaire Detective Kyoko Fukada was doing,
That may have been better for entertainment.
Spend hundreds of millions or billions to solve the criminal’s trick.
He was a millionaire detective, and that led to his entertainment.

However, in the case of this work, even if damage occurs, if you pay twice as much, you will pay money with a sense of humor.
I’m using it, and in a nutshell, it’s not smart.
It may be easy to understand that how to spend money is dirty.