In 2021, Mercedes-AMG G63 becomes a phenomenon of “car of the year” when a series of G63 cars return home with the number of no less than 20 units in less than half a year although the selling price ranges from 10-13 billion VND.

Mercedes-AMG G63 degrees Hofele: pit design in its own style

While the number of Mercedes-AMG G63 increasing, it is understandable that customers choose for themselves a G63 different from the majority. Some customers chose strange paint colors such as blue and red. In addition, many customers tend to choose cars to upgrade their appearance, one of which is the Hofele version just returned to Vietnam.

Imported by Son Tung Auto – a famous luxury car business in Hanoi, this Mercedes-AMG G63 with Hofele easily attracts attention thanks to the appearance of many differences. Compared with Brabus or Mansory, this package is not too aggressive or muscular, but enough to satisfy guests who love the strong looks of the G63. 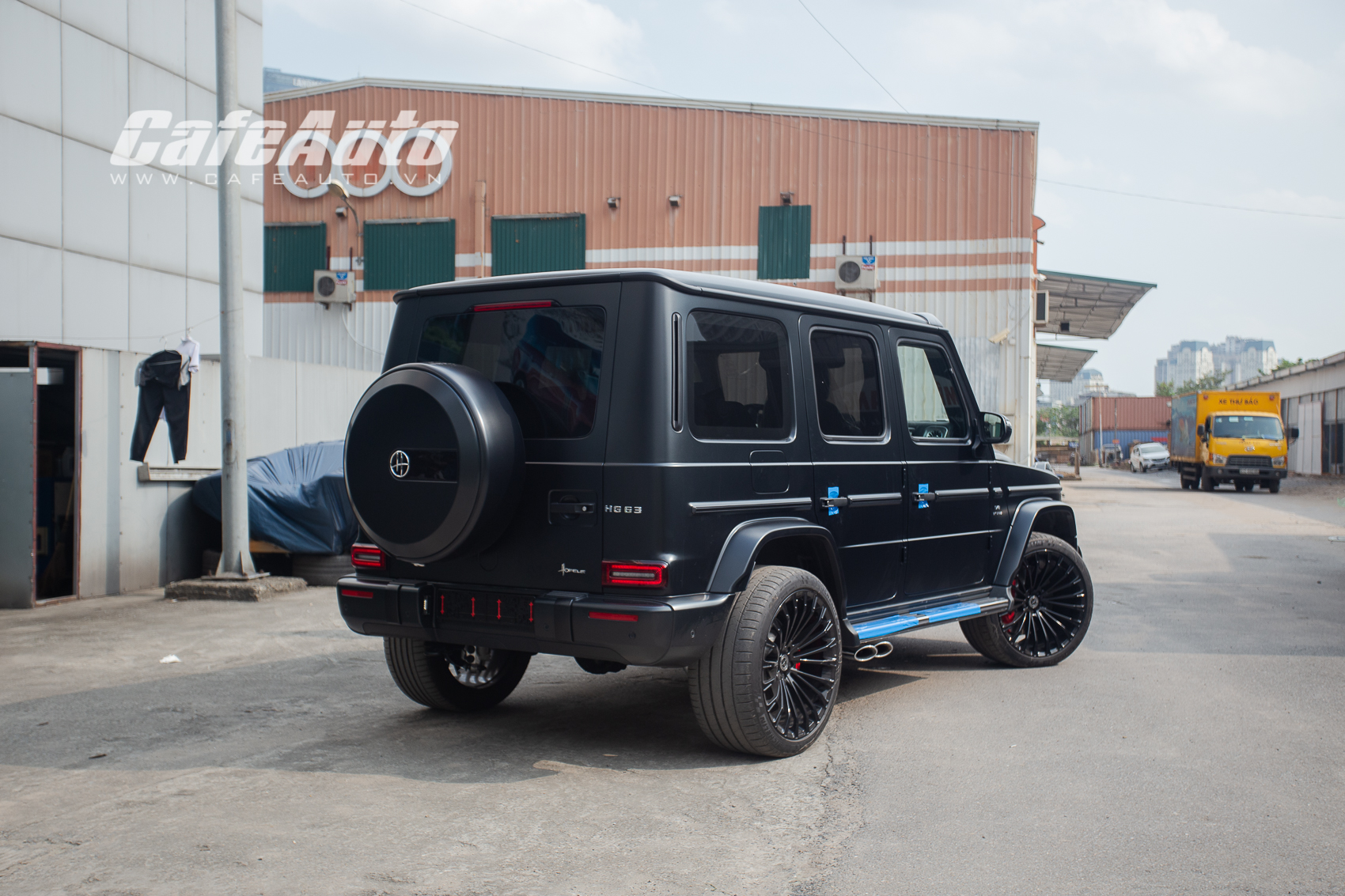 Compared to the original, the appearance of this Mercedes-AMG G63 degree Hofele remains the same but is upgraded with some details. The first is the new steering wheel with many new vertical spokes, the Mercedes-Benz logo in the middle is replaced with the Hofele logo. 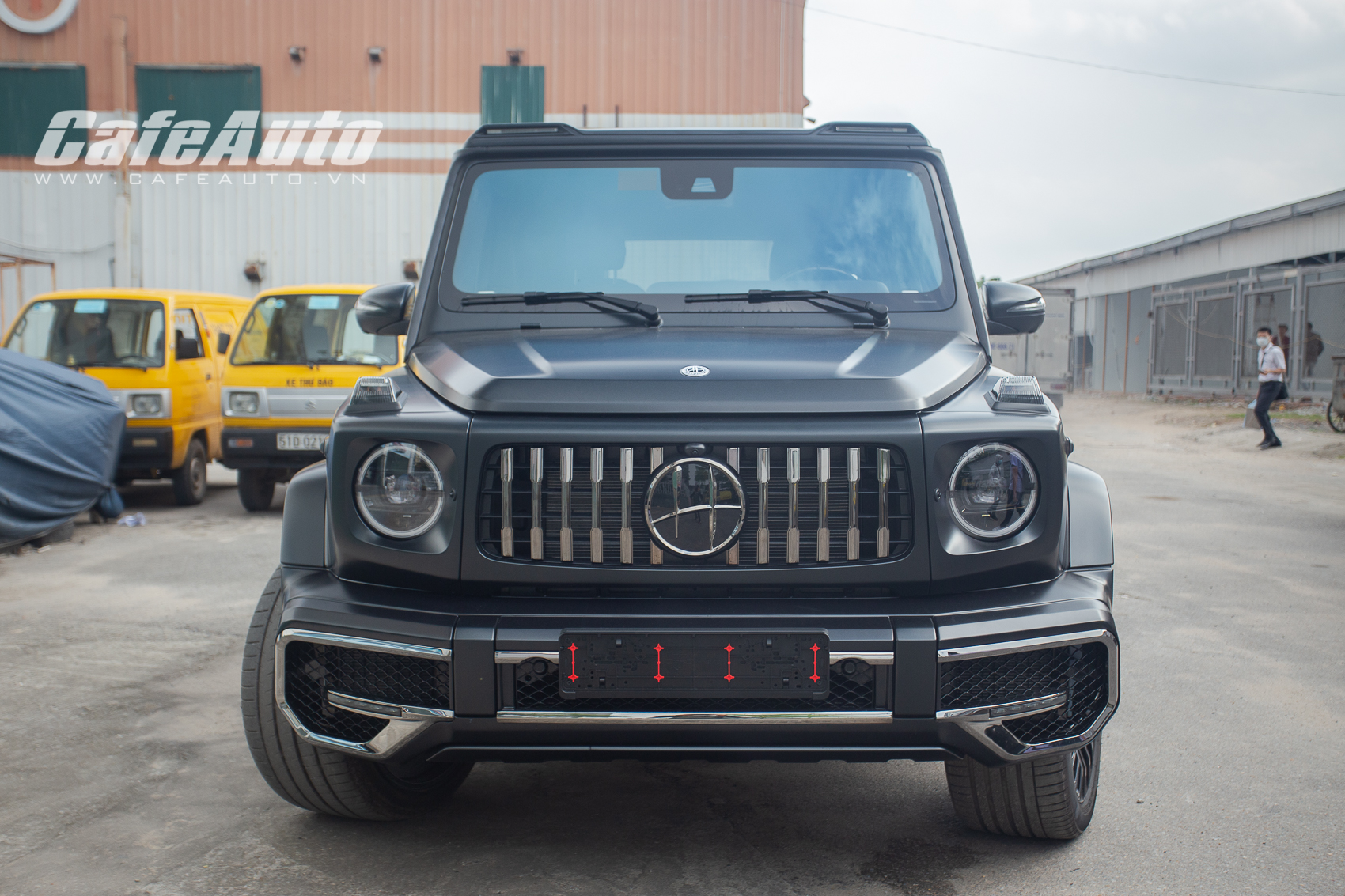 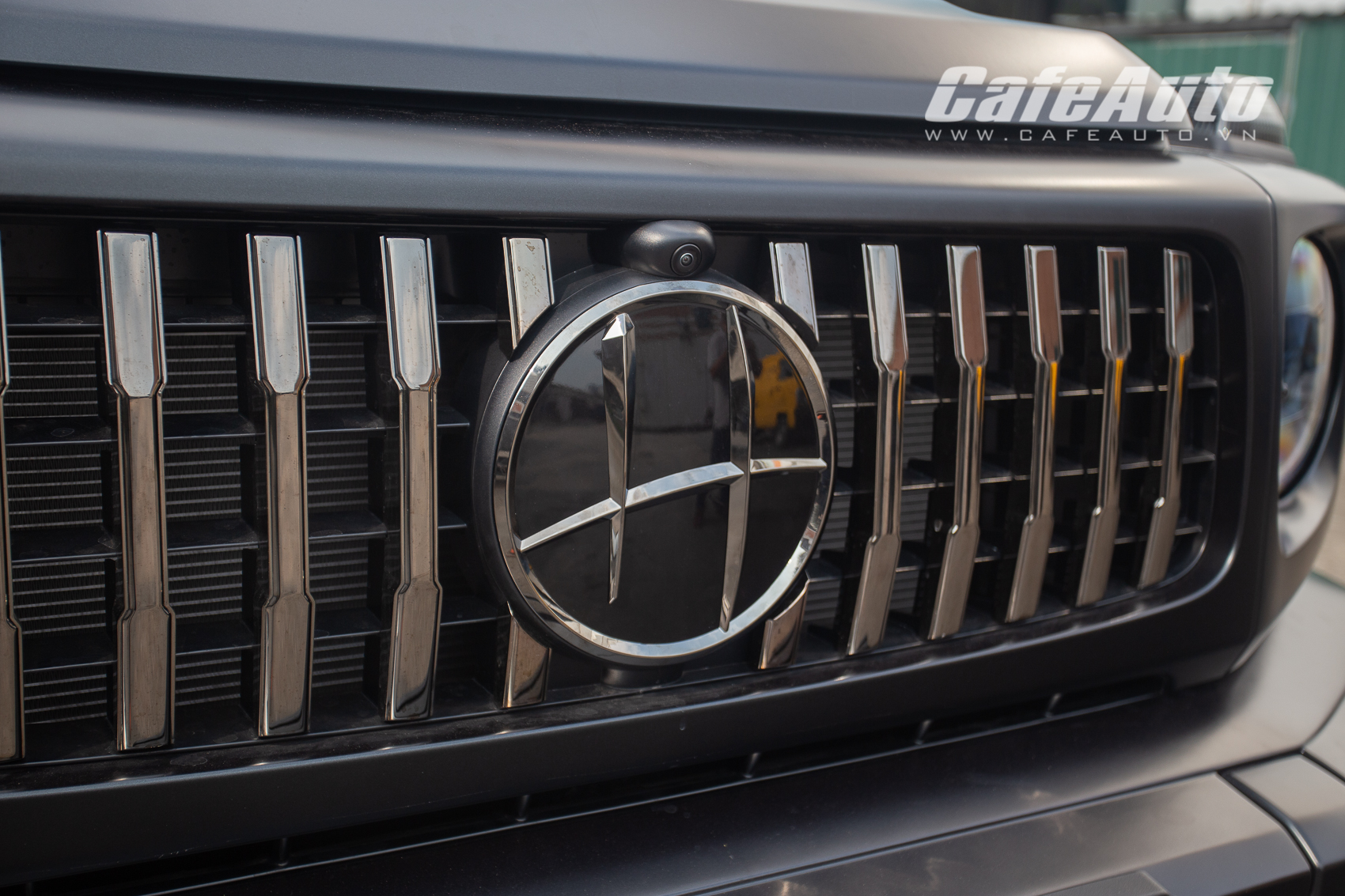 The small Mercedes-Benz logo above the capo is no exception when it is replaced synchronously. The front bumper is chrome plated around the border, with small LED strips located on both sides to increase the aesthetics of the muscle SUV. 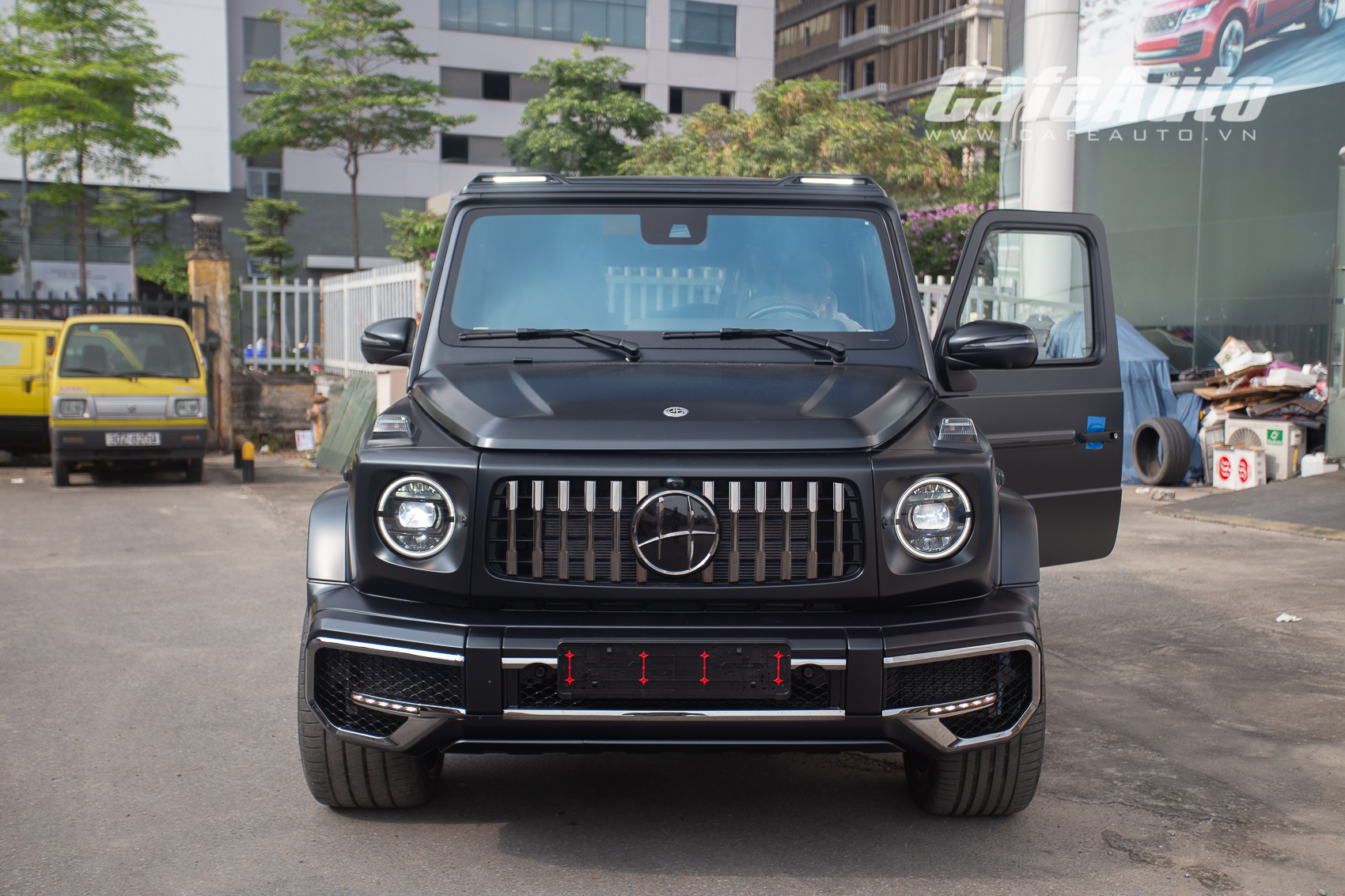 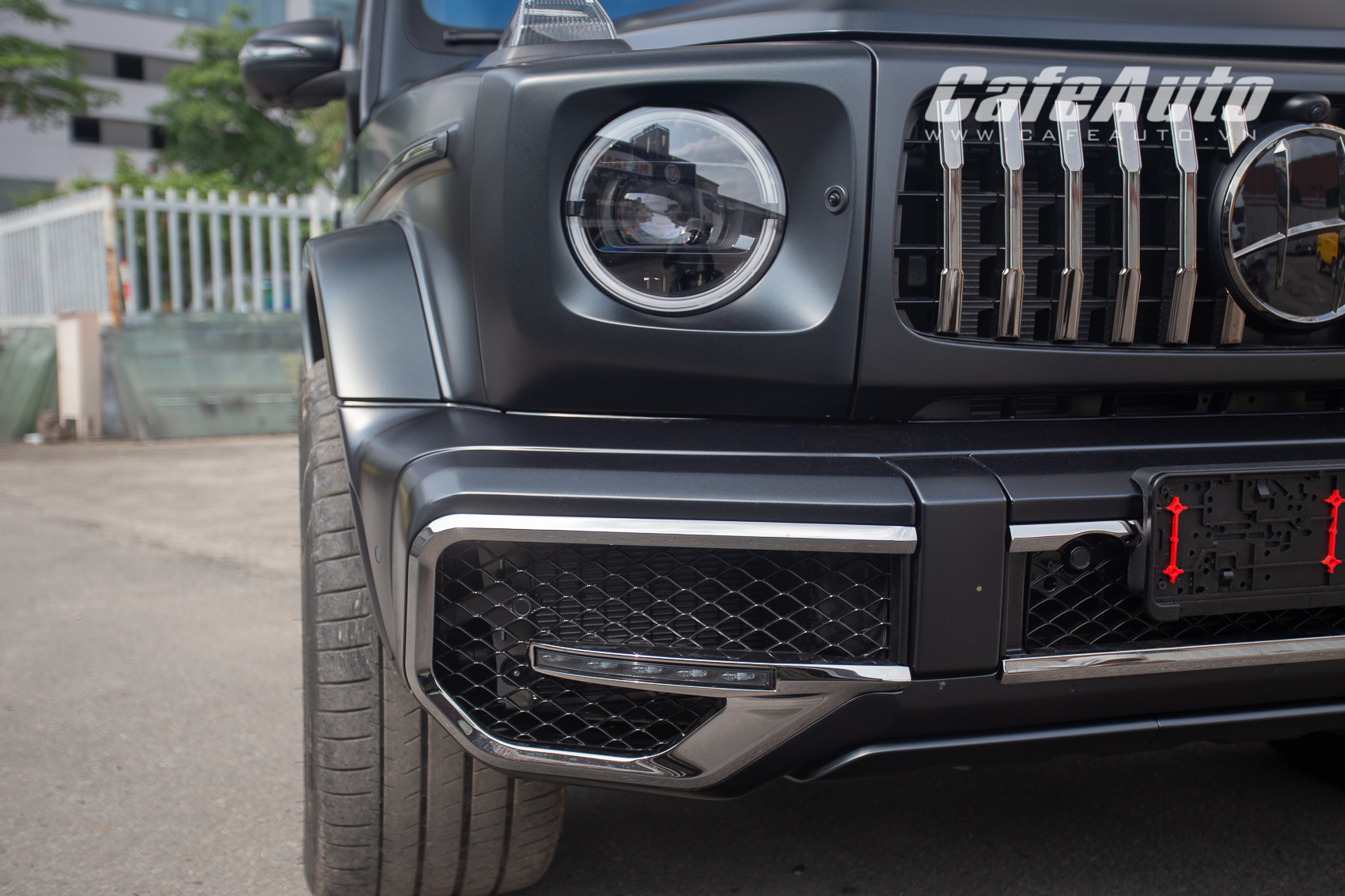 The familiar Multibeam LED cluster of the G-Class series remains the same, above the separate turn indicator light cluster. In particular, this Mercedes-AMG G63 degrees Hofele has an extra LED strip – key control – placed on the roof. 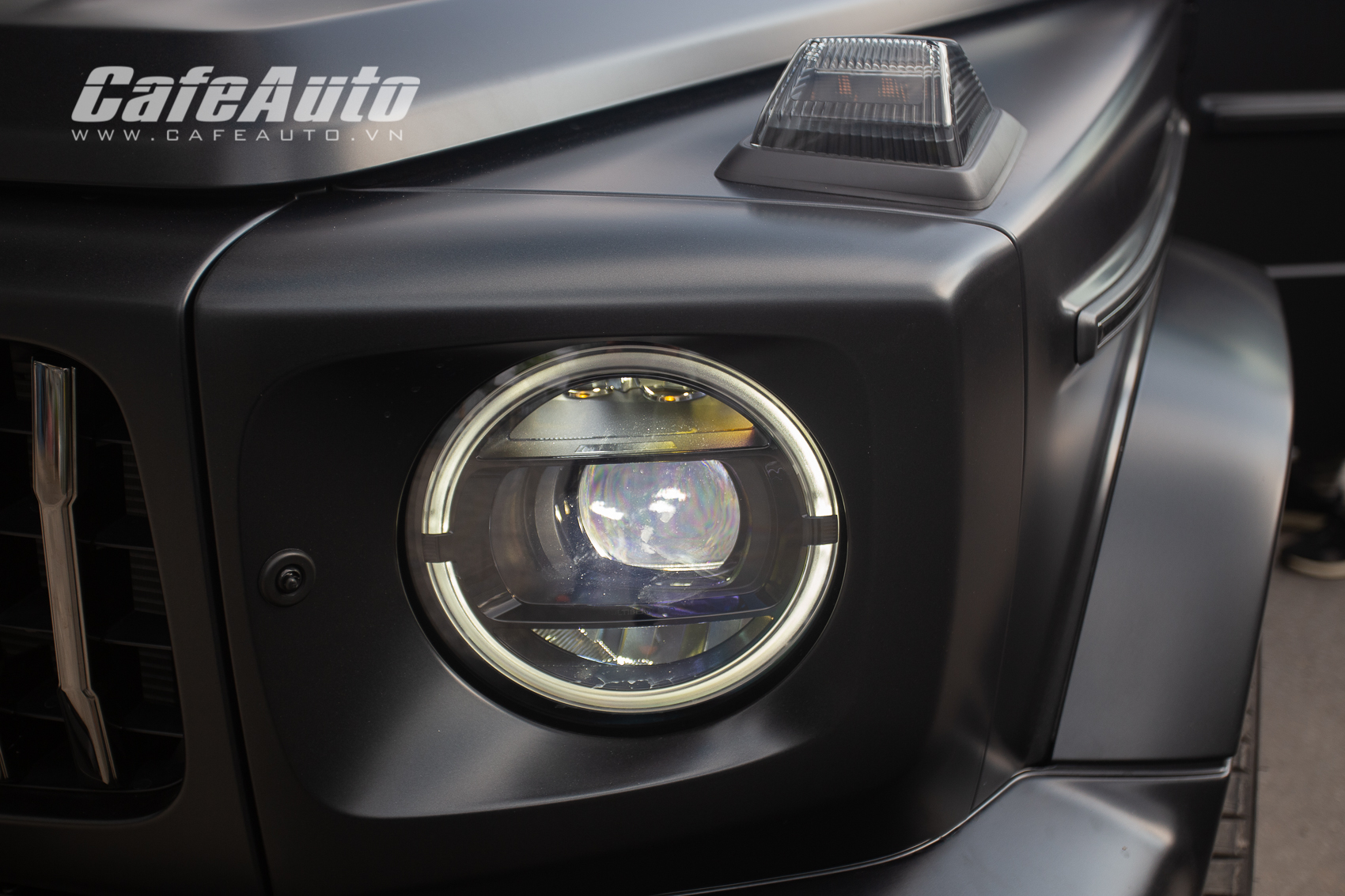 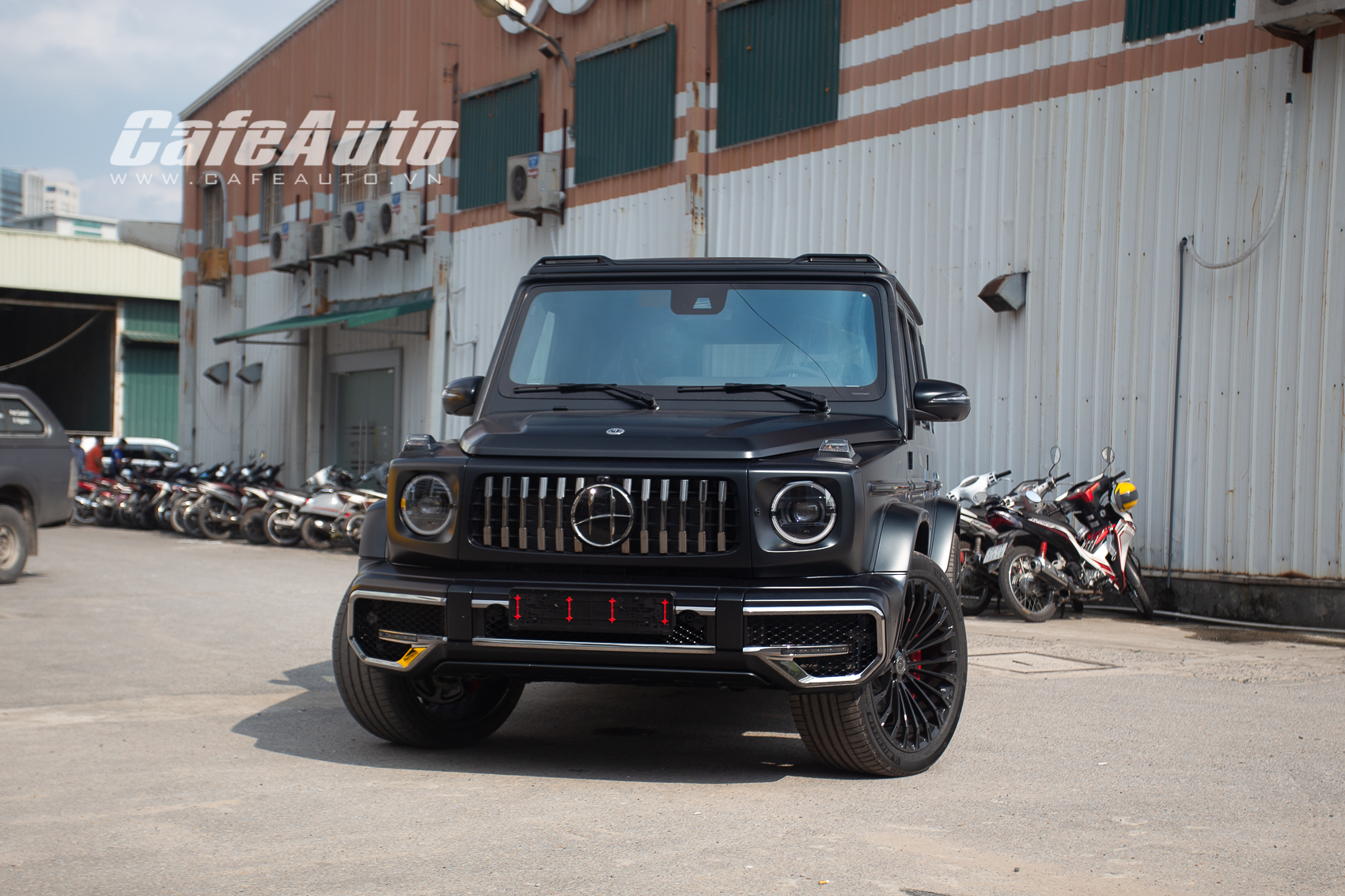 In addition, the Hofele symbols appear in many places on the car such as the tail, under the column A, the spare wheel cover. The G63 logo is also transformed into HG63. The rear end has no major changes. 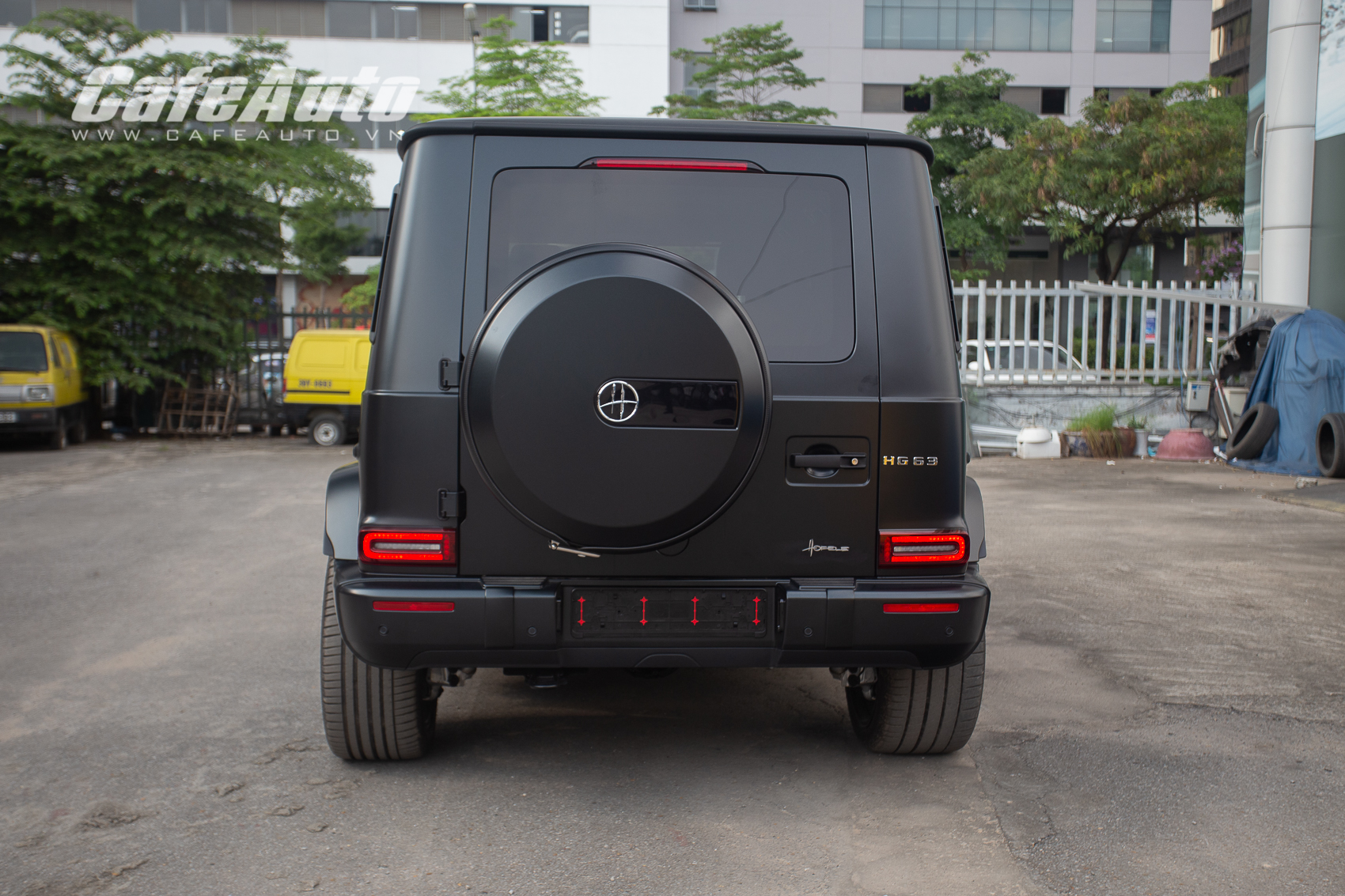 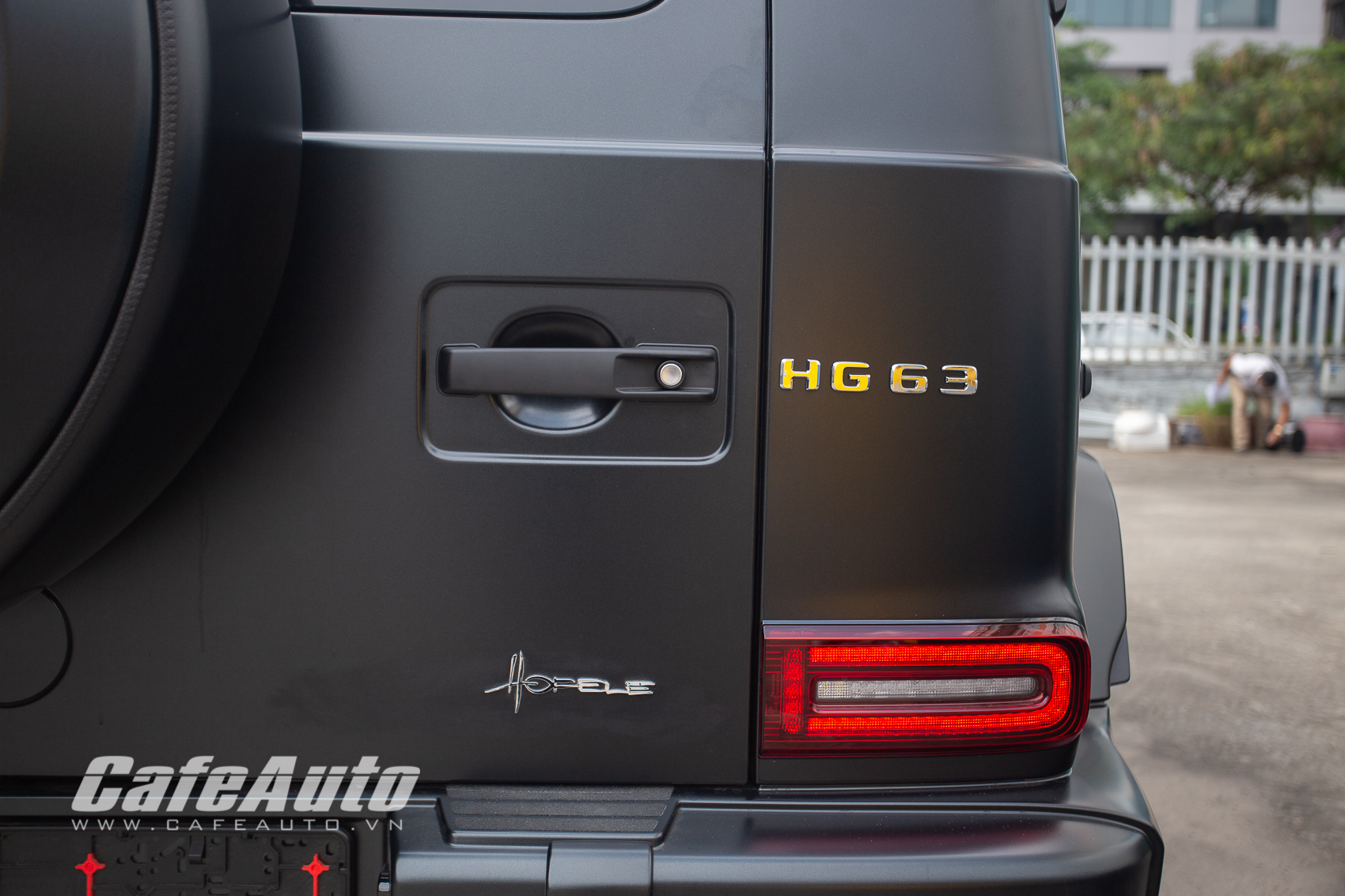 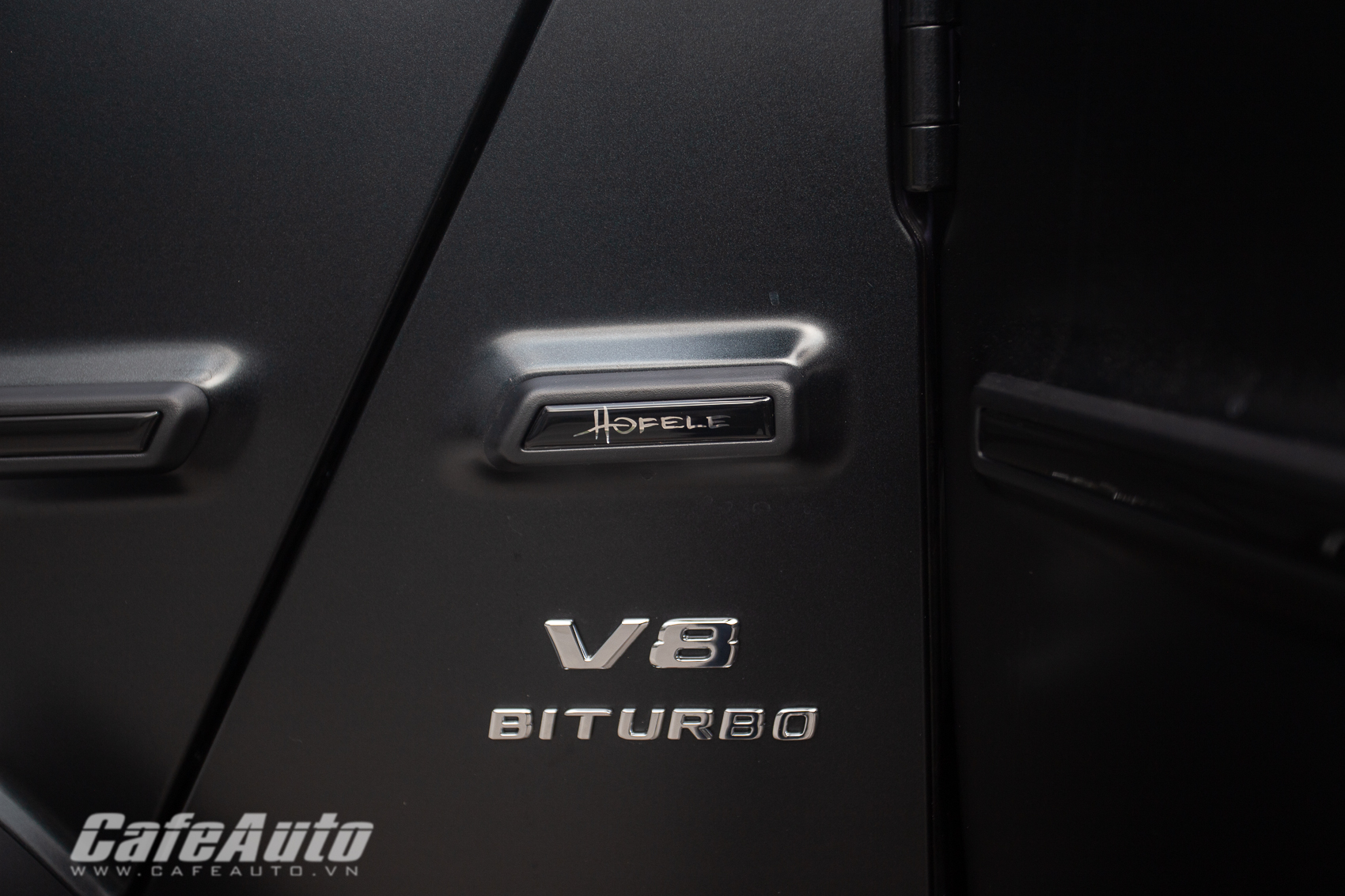 Most impressive on the Hofele version of this Mercedes-AMG G63 is the 22-inch multi-spoke wheels painted black, inside the red AMG brake shackles to create accents. Thanks to this set of wheels, the look of “terrain SUV boss” becomes more aggressive and powerful. 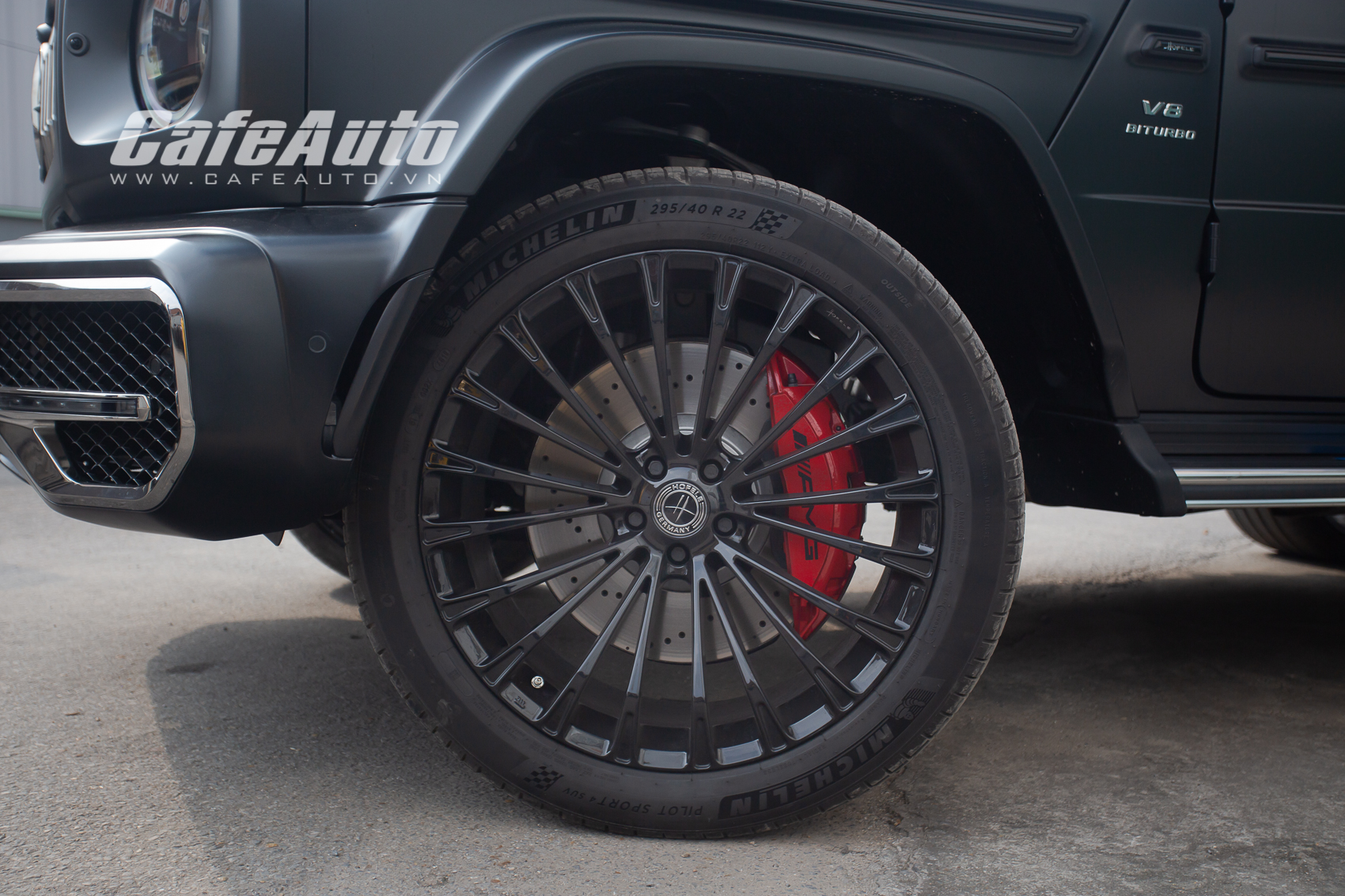 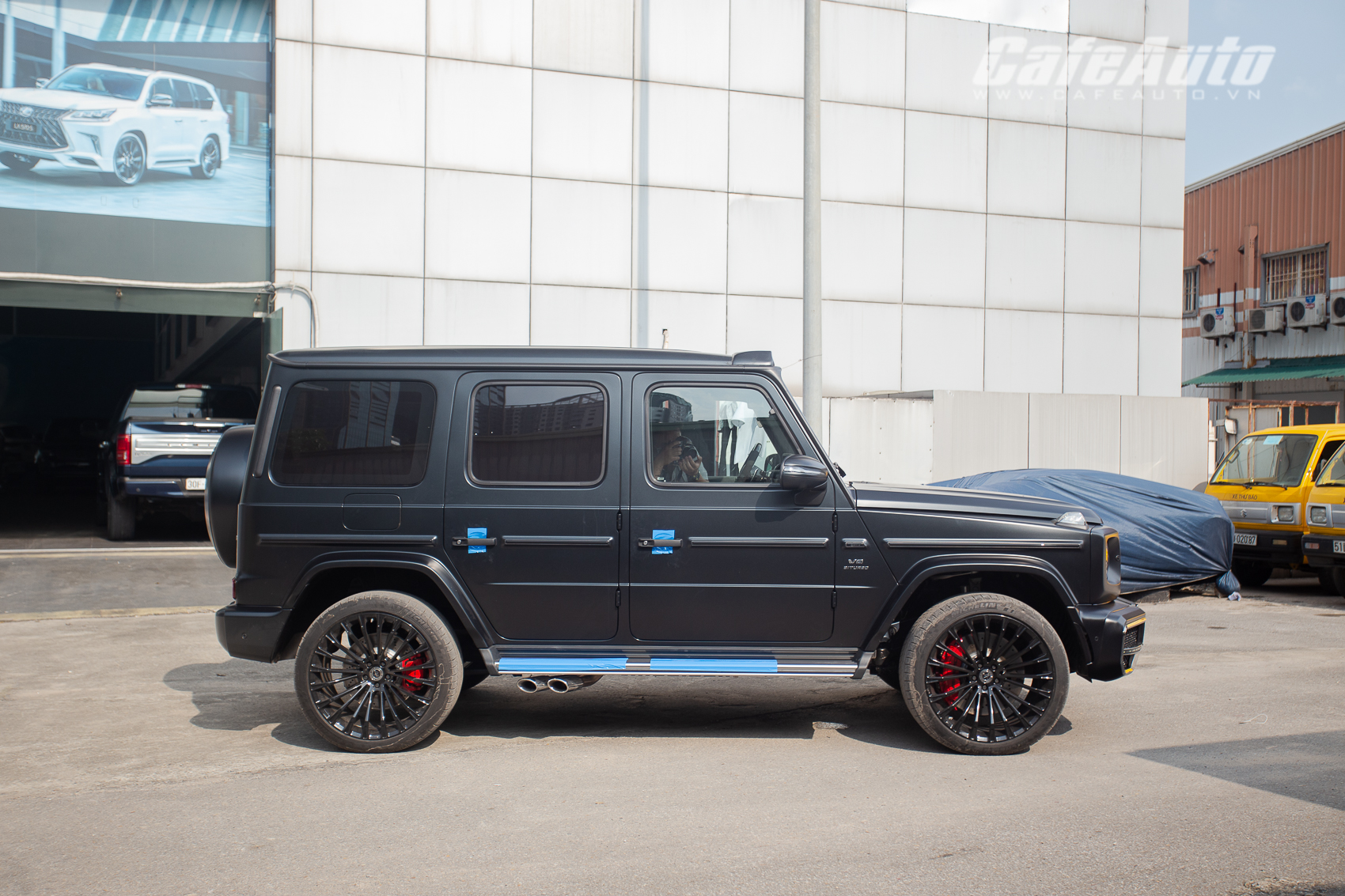 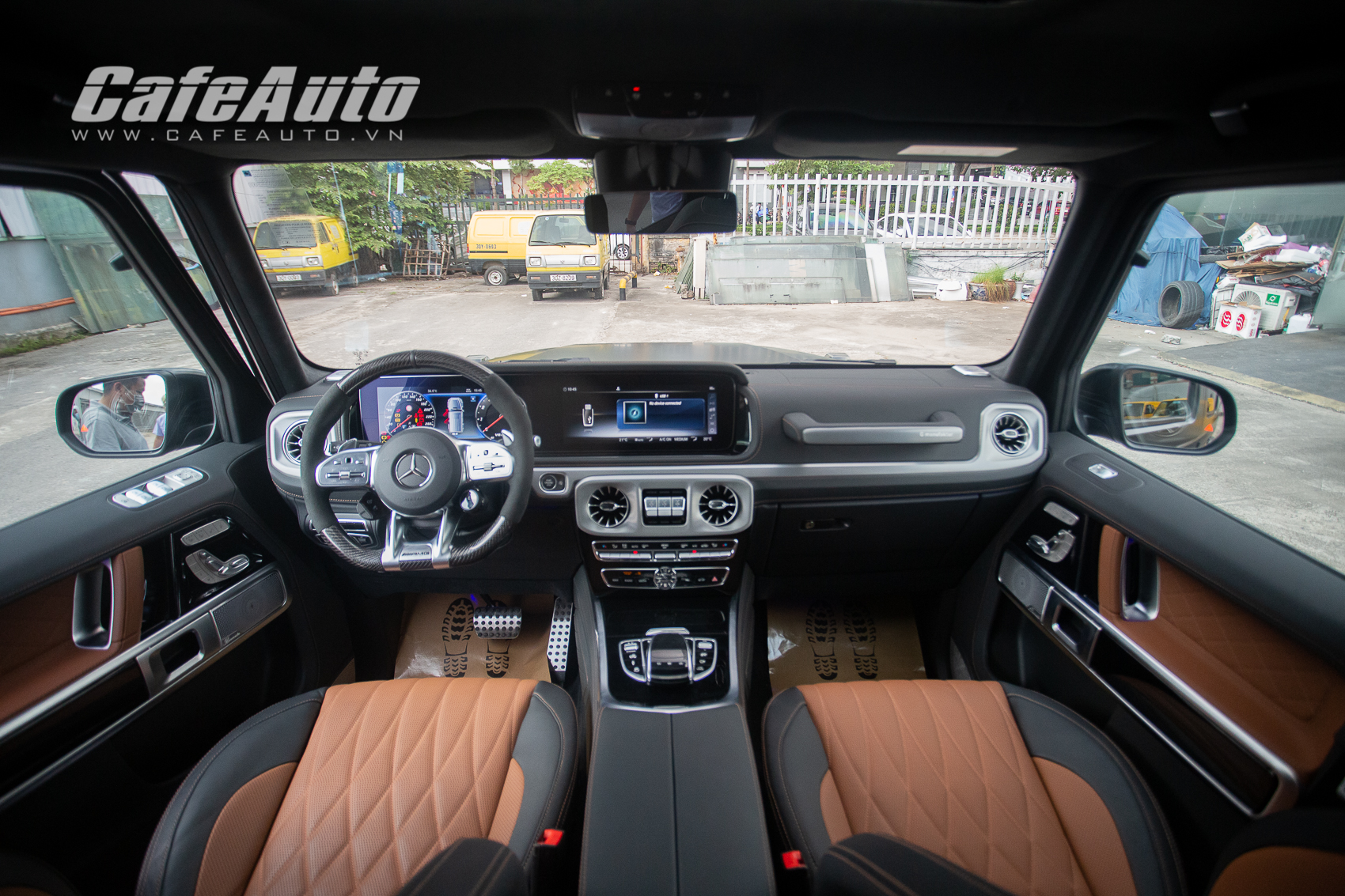 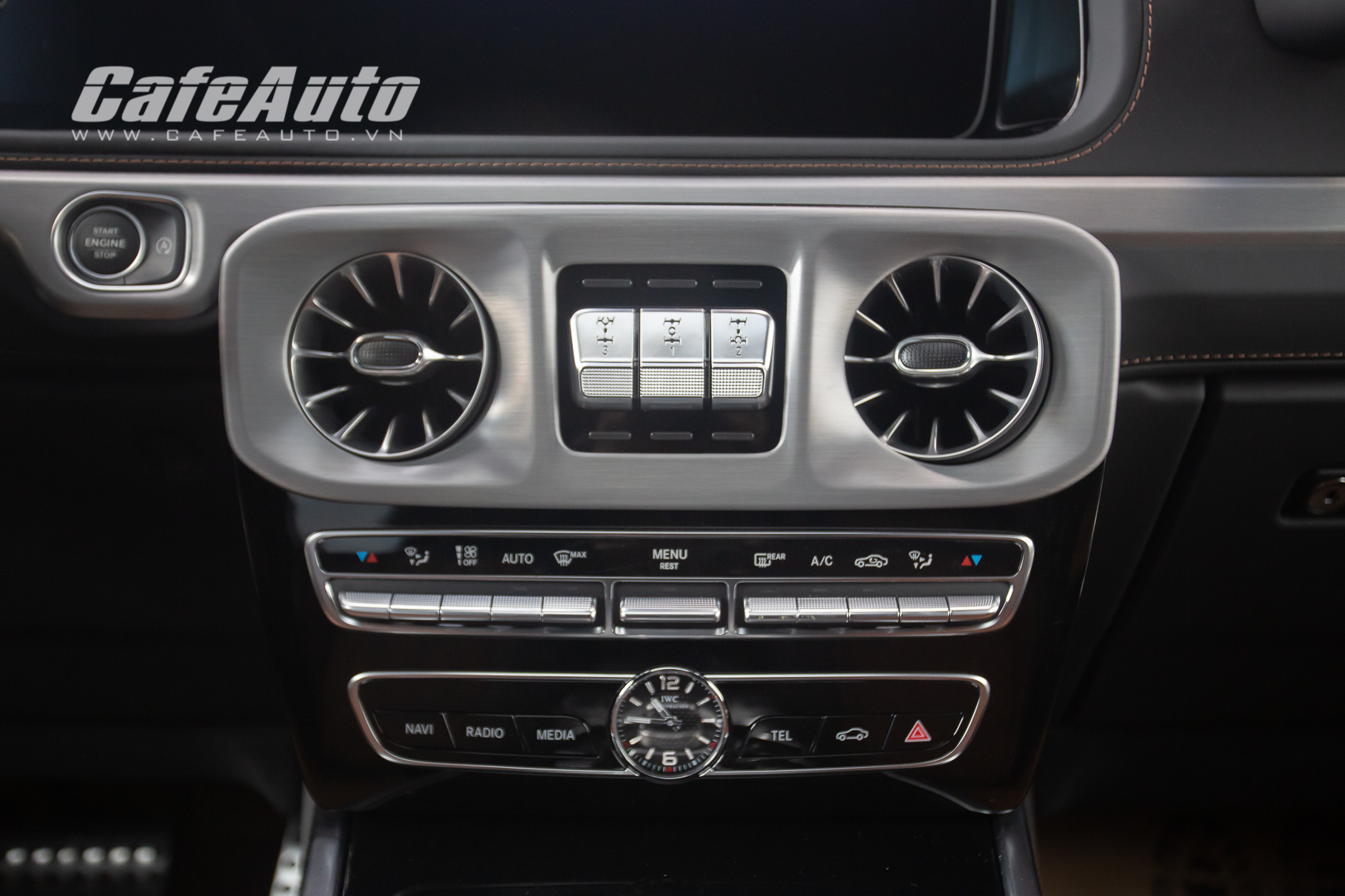 The steering wheel of the Mercedes-AMG G63 degrees Hofele with the top and bottom made of carbon material, integrated function buttons. 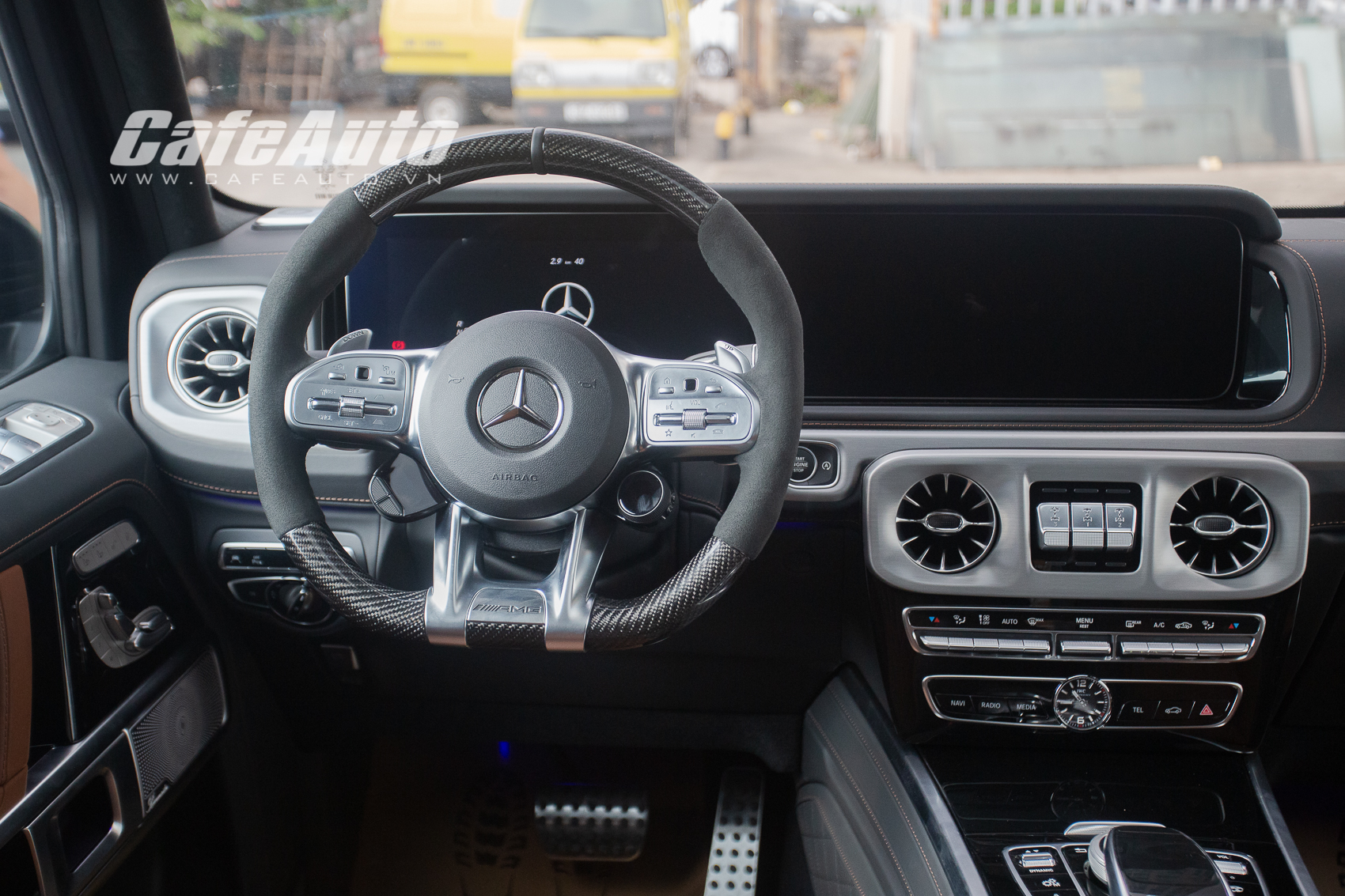 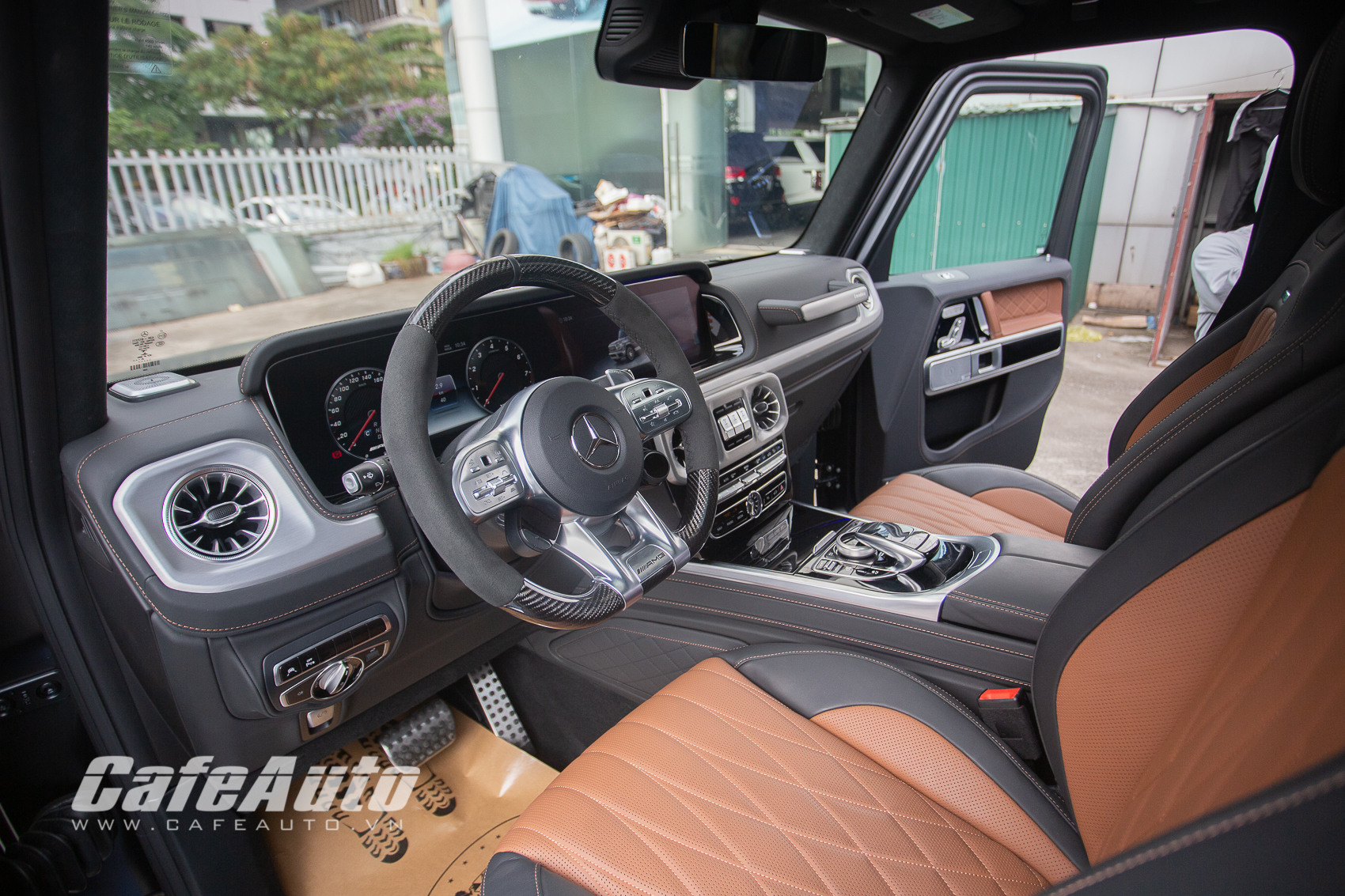 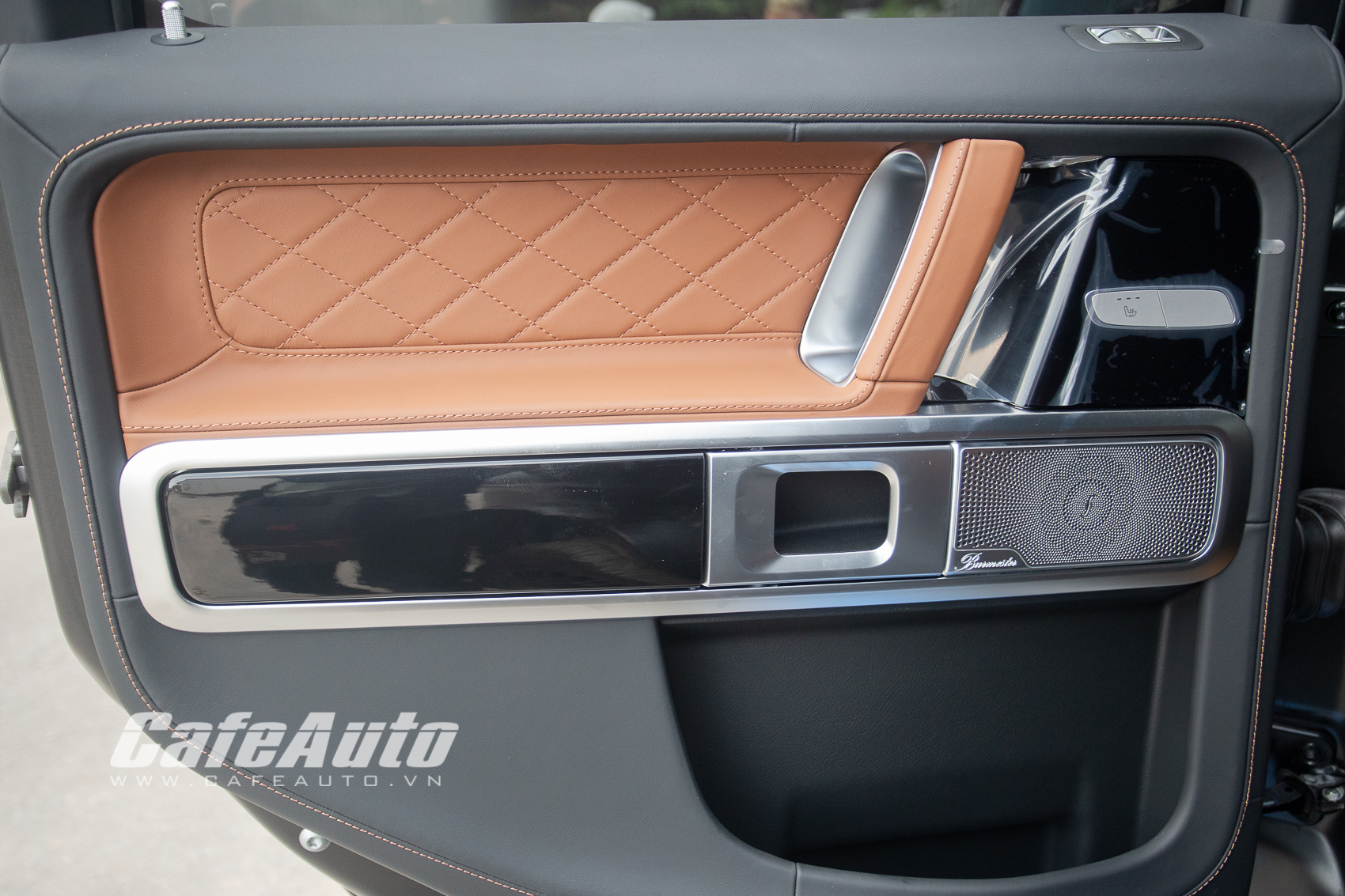 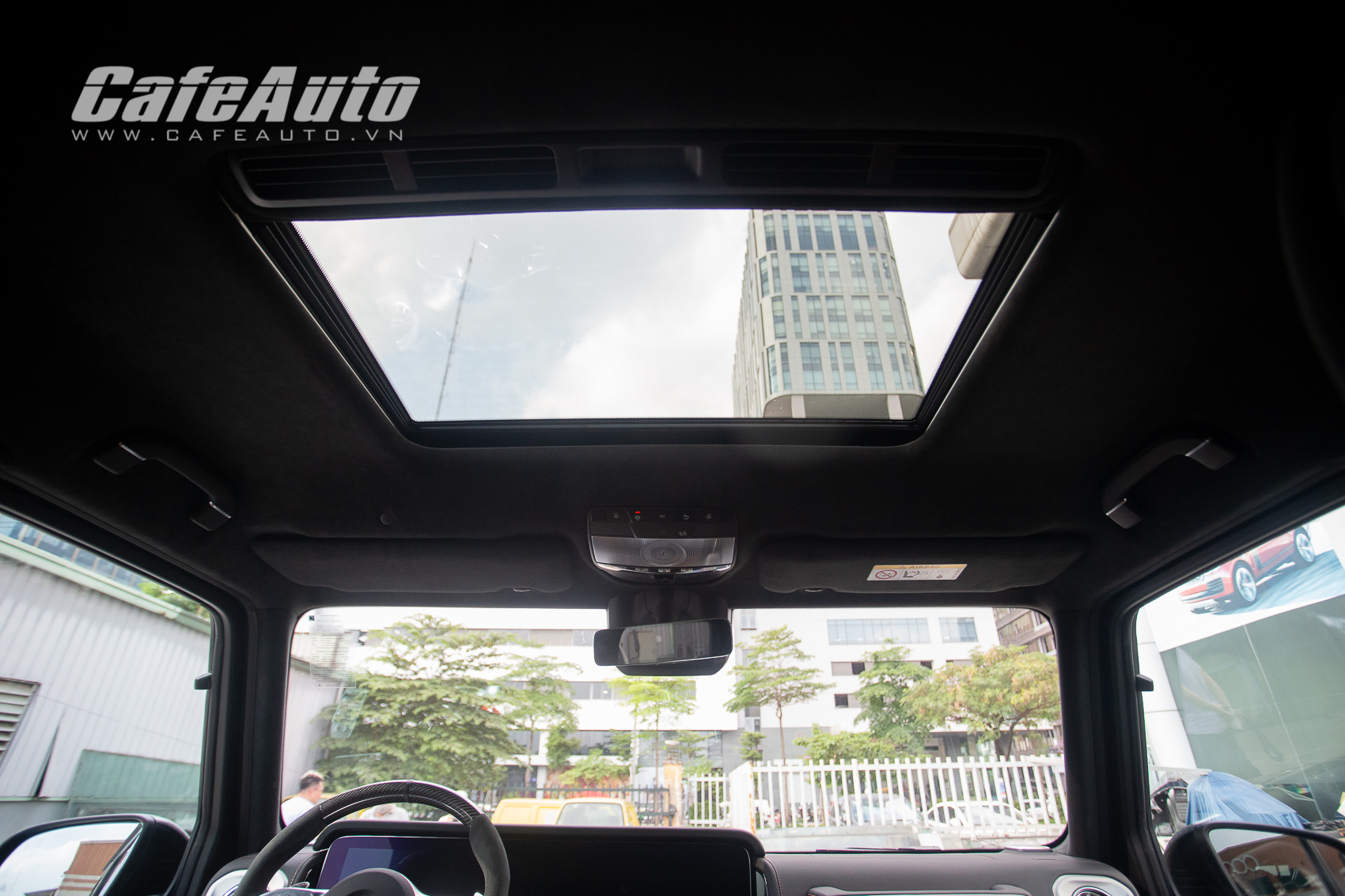 The biggest feature of Mercedes’ flagship SUV with this Hofele version is that the seat frame of the front seats is made of carbon material. 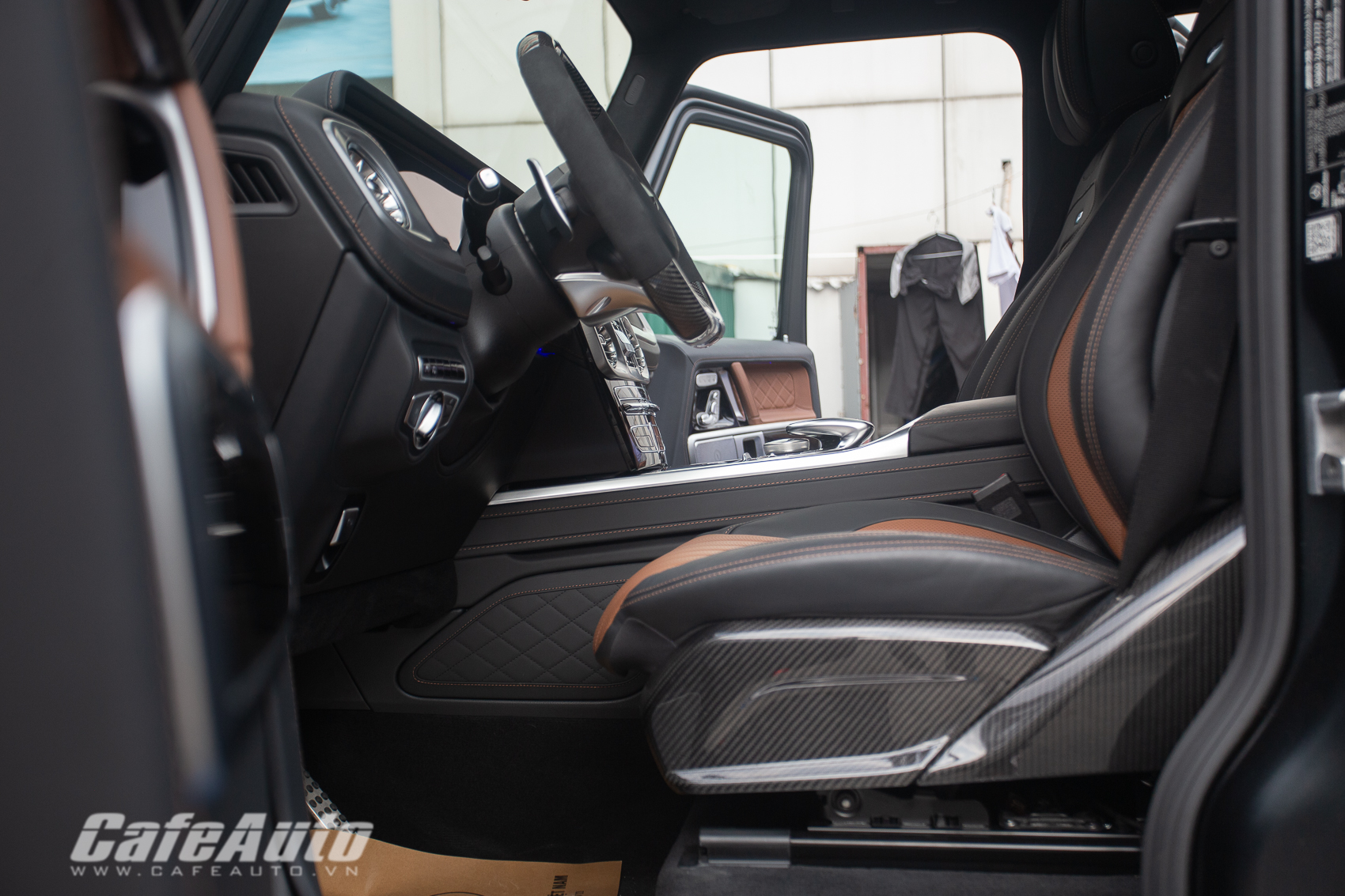 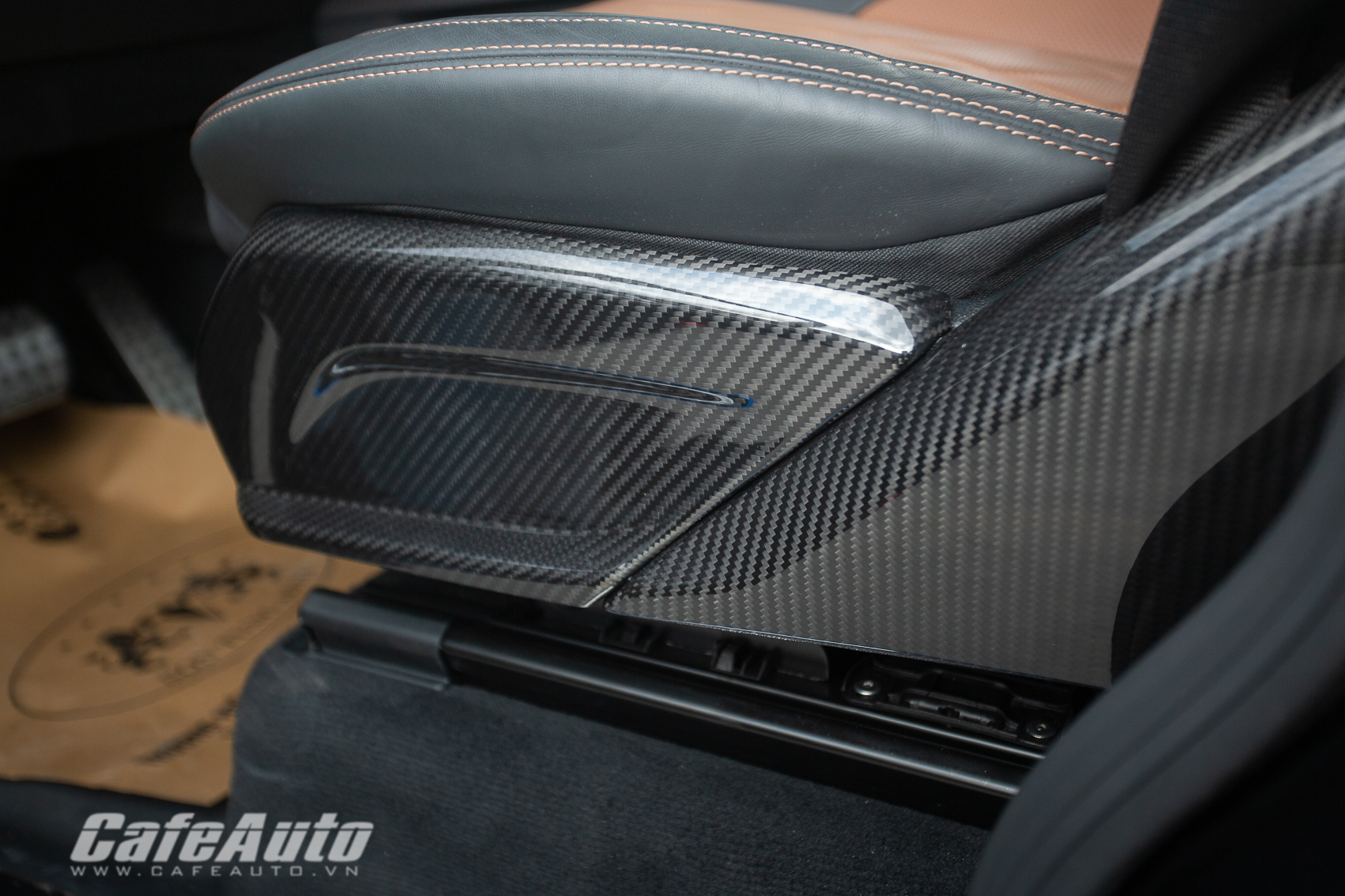 The rear seats are spacious and comfortable thanks to the large vehicle size. The armrests come with a cup holder, an independent 3-zone air-conditioning system with additional air conditioning in the rear seats. 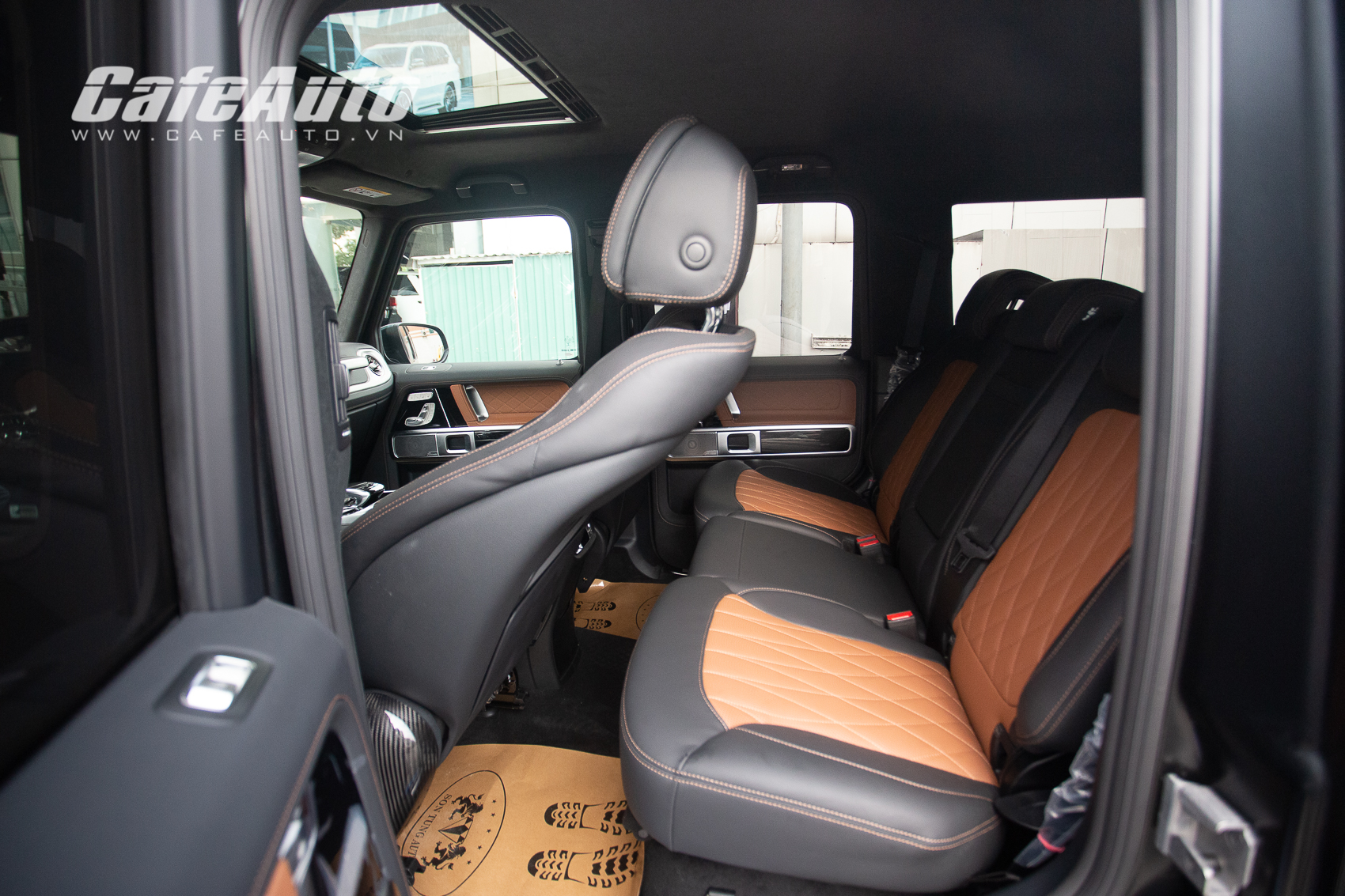 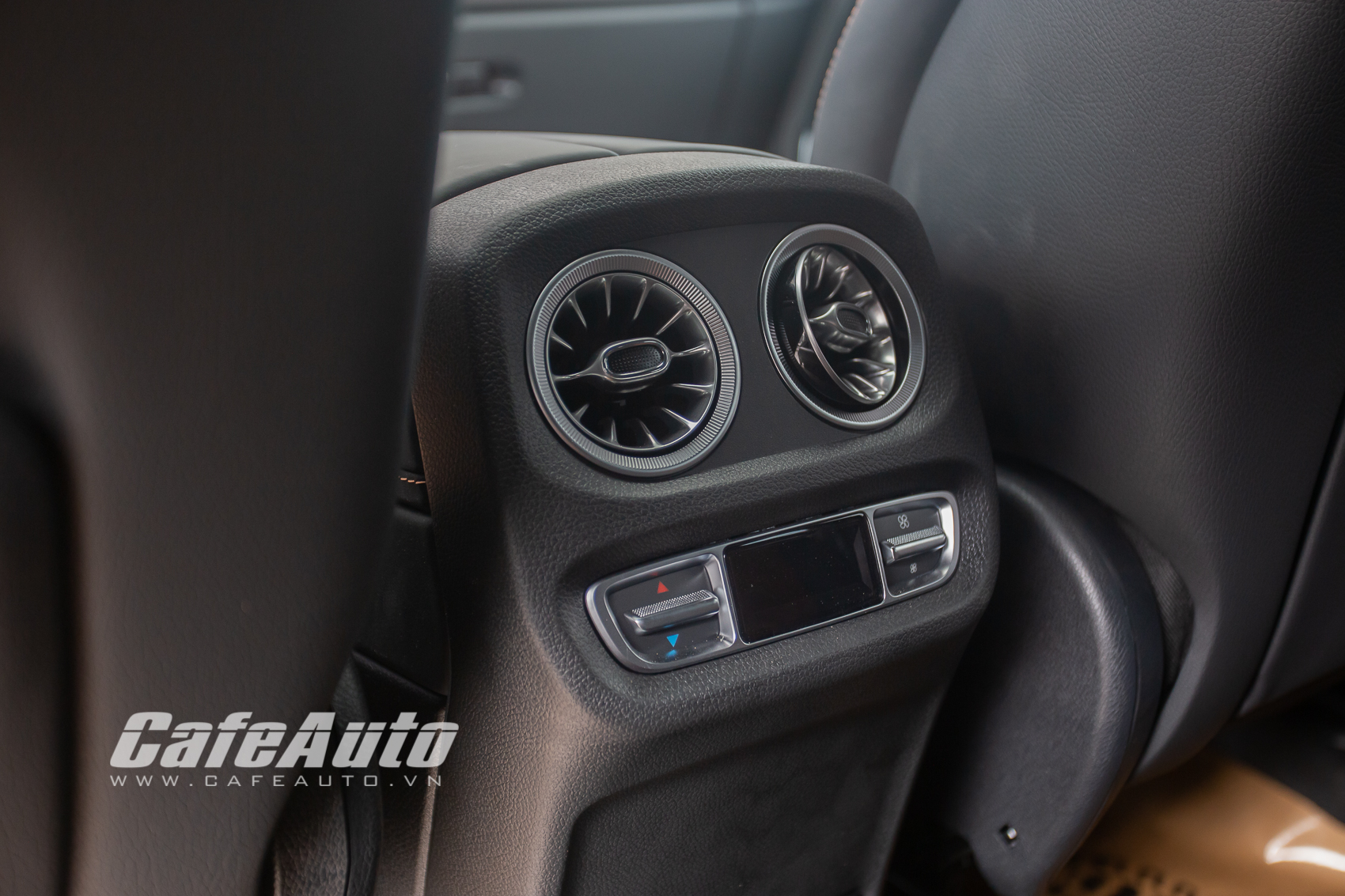 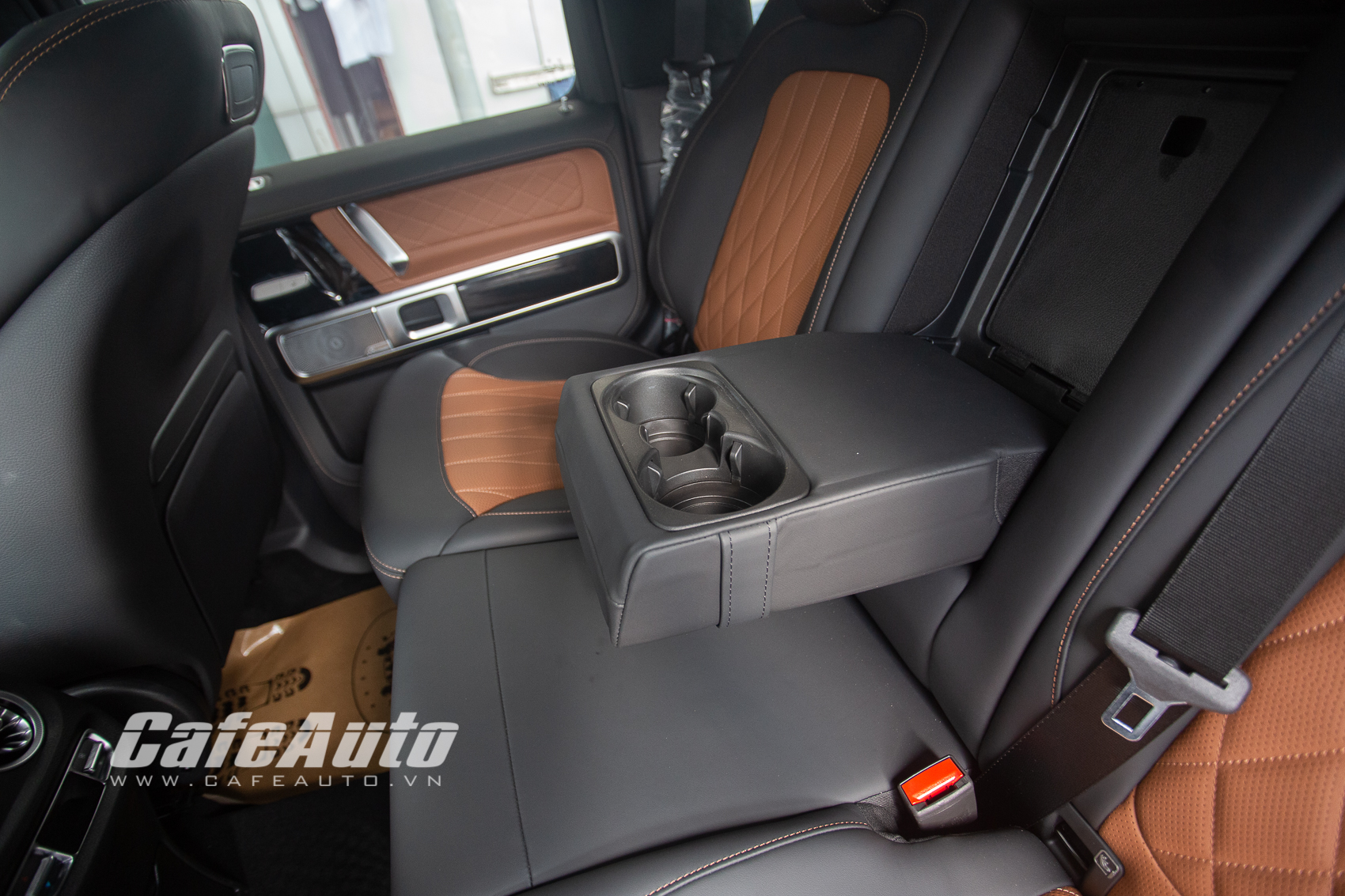 Under the bonnet, this Hofele Mercedes-AMG G63 is still a 4.0-liter twin-turbocharged V8 engine similar to the standard version, producing 577 hp at 6,000 rpm and 850 Nm of torque. at 2,500-3,500 rpm. Combined with that is a 9-speed automatic transmission and 4-wheel drive system. 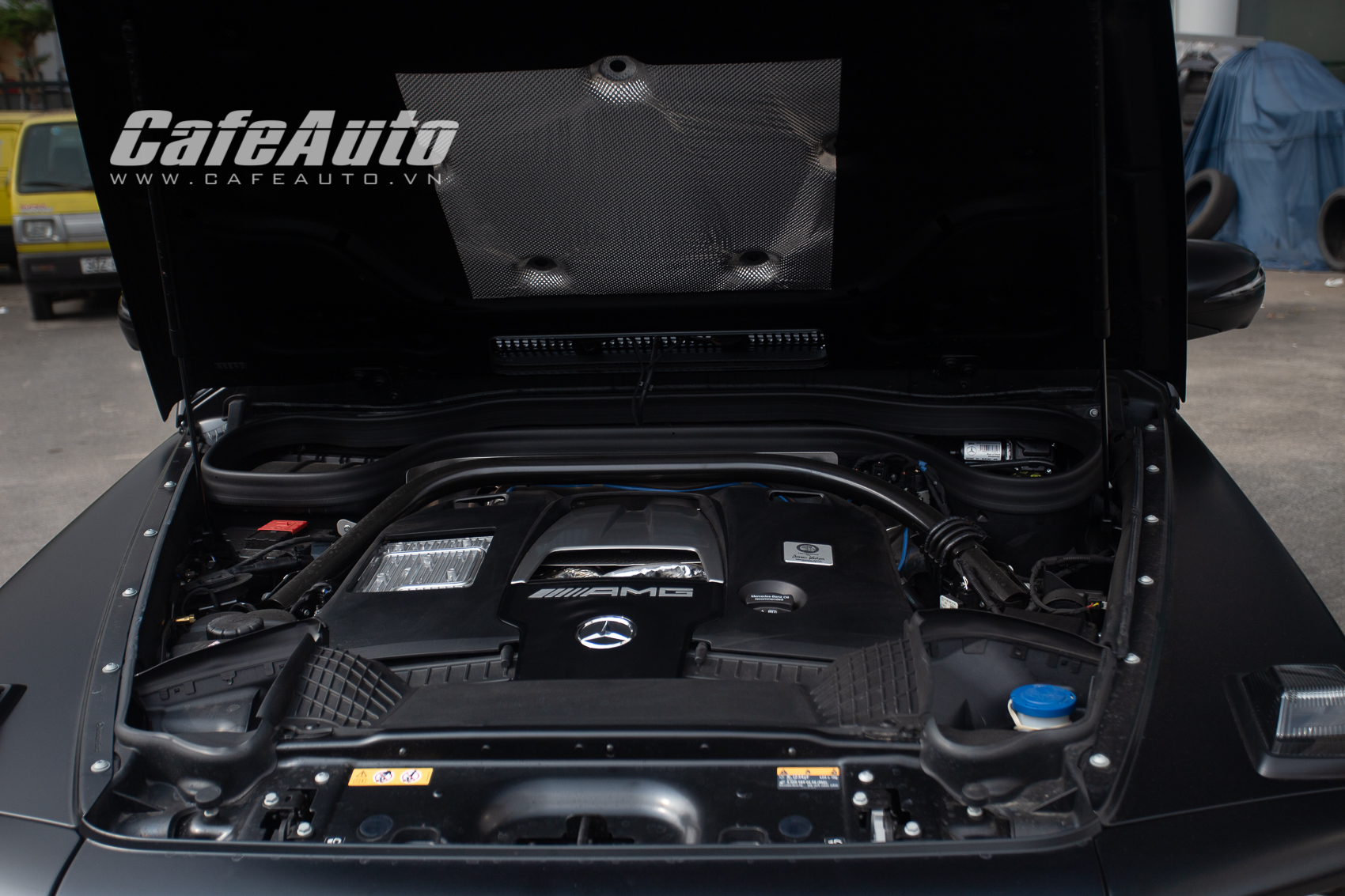 Some other pictures of the Mercedes-AMG G63 degrees Hofele: 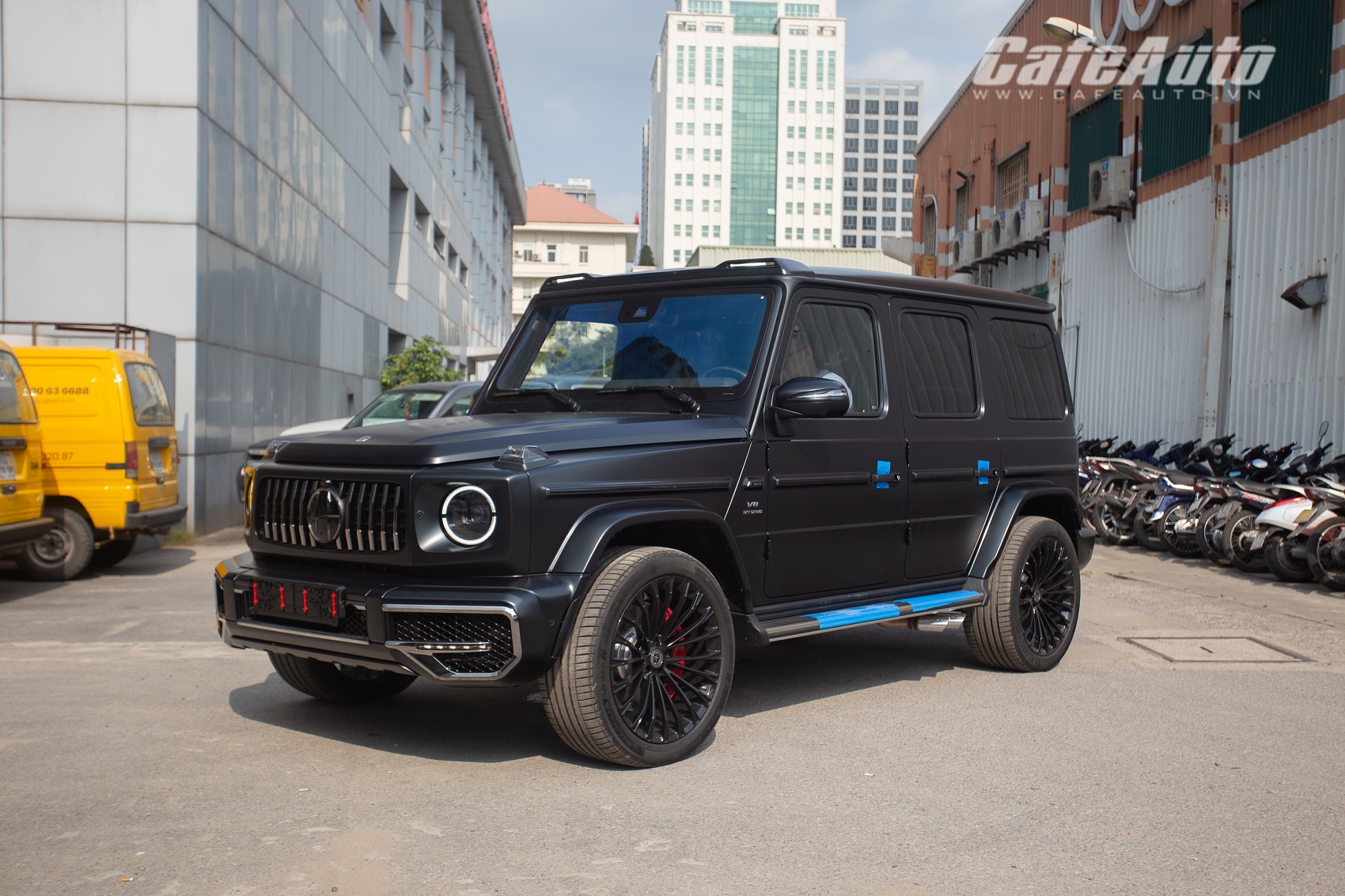 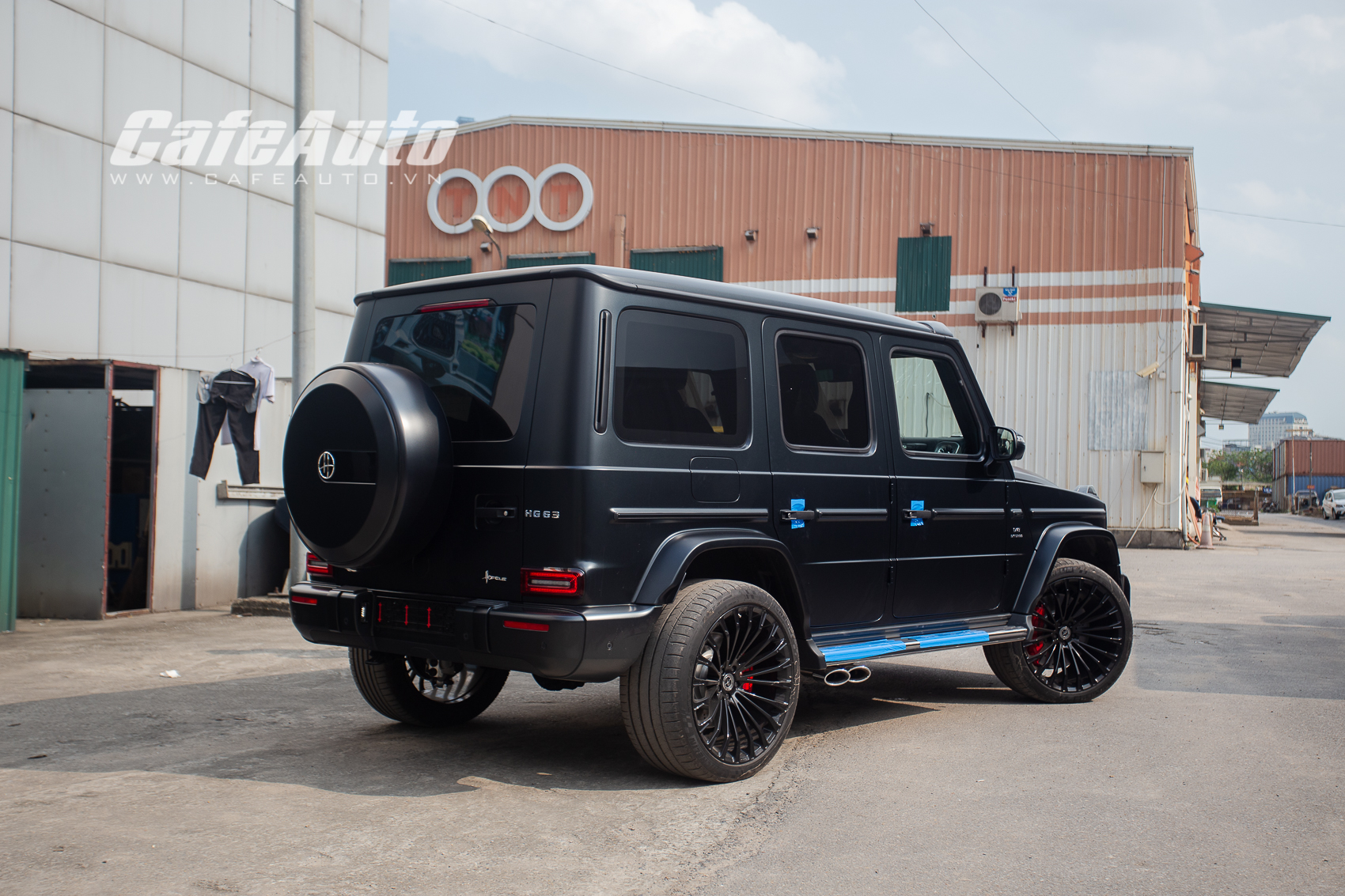 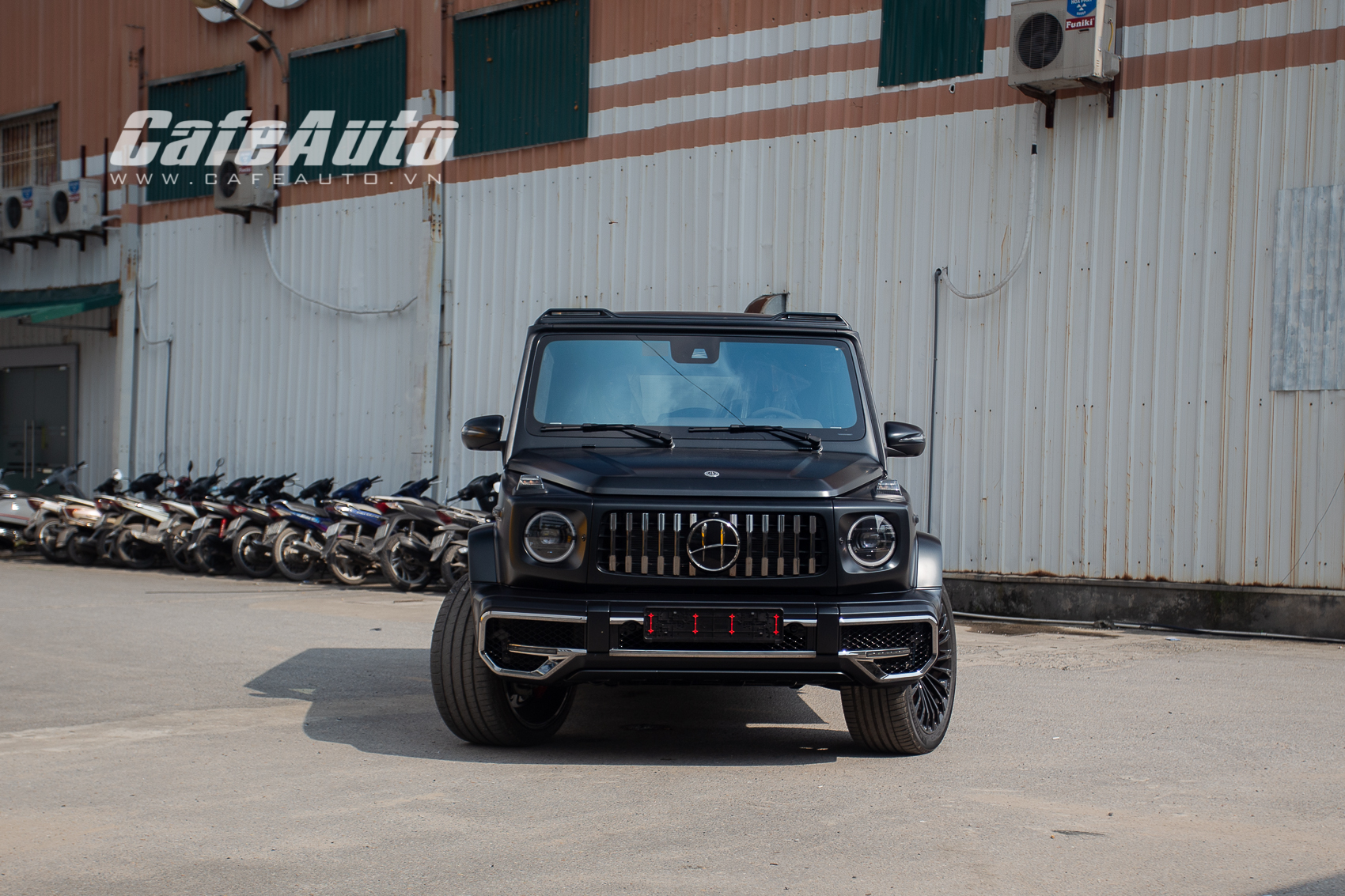 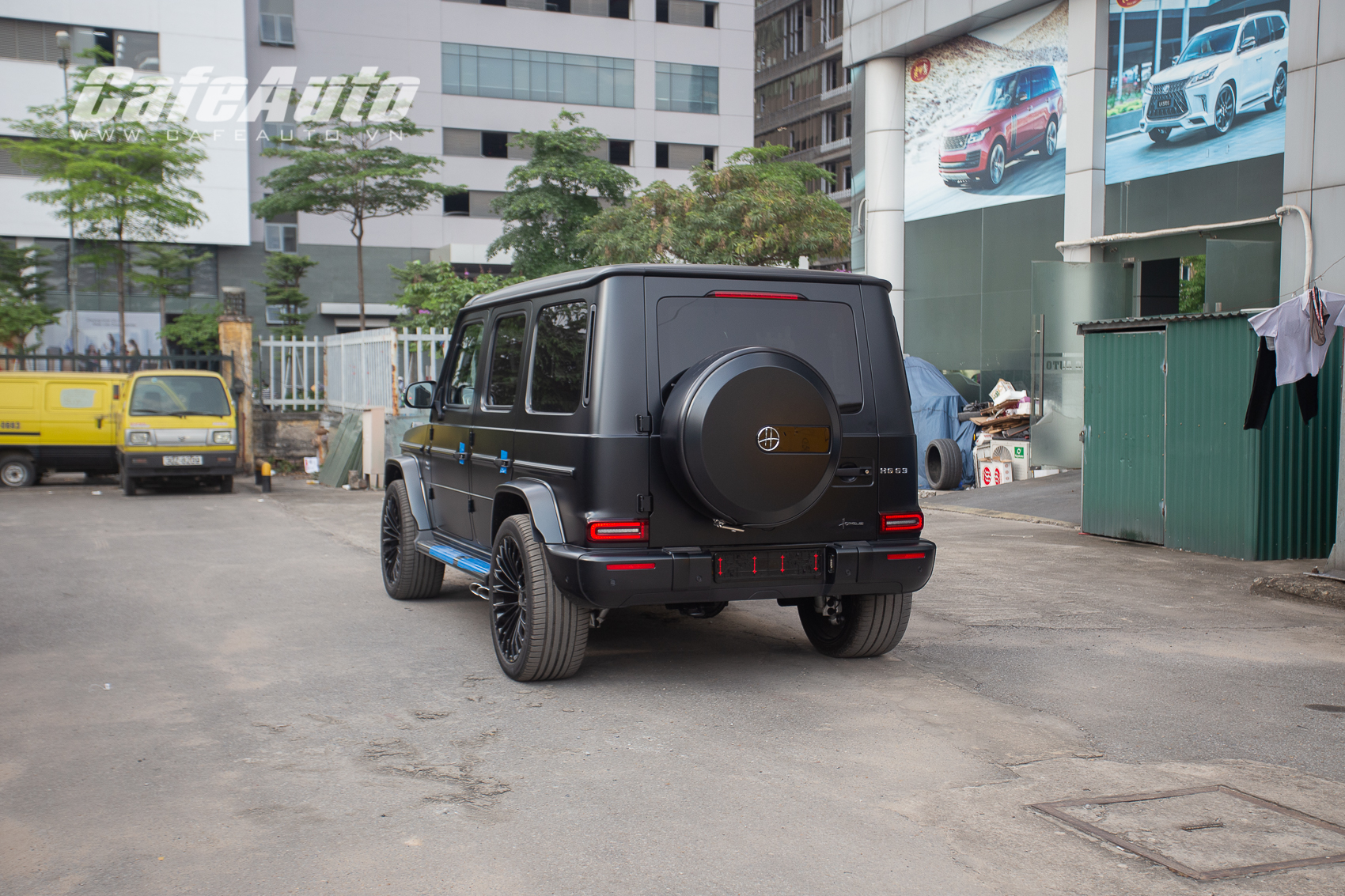