In the 2021 Spring Festival Gala of the Year of the Ox, Douyin joined CCTV for the second time and became the exclusive red envelope interactive partner. Compared with the wonderful achievement of DAU soaring to 400 million during the cooperation in 2019, the DAU has exceeded 600 million Douyin at this time. In terms of user growth, the room to play is already limited.

Douyin’s new business, closed-loop e-commerce and friend tags that carry social functions, started last year. Even though both businesses are in the initial exploration period, they naturally become the focus of Douyin’s promotion during the Spring Festival Gala.

With the huge traffic of the Spring Festival Gala, Douyin has the opportunity to show users its social gameplay, guide more ordinary people to shoot videos, and establish acquaintances and interact on Douyin.

Up to now, 75 million people have filmed New Year’s greeting videos on Douyin, and 18 million have participated in friends teaming up to receive red envelopes. These are small numbers compared to 600 million DAU. For Douyin, which lacks social genes, this is just the beginning.

From 20:00 on February 11 to 00:30 on February 12, Douyin opened five red packets during the live broadcast of the Spring Festival Gala. From the first to the fifth, the maximum amount of red envelopes that users can receive gradually increases. 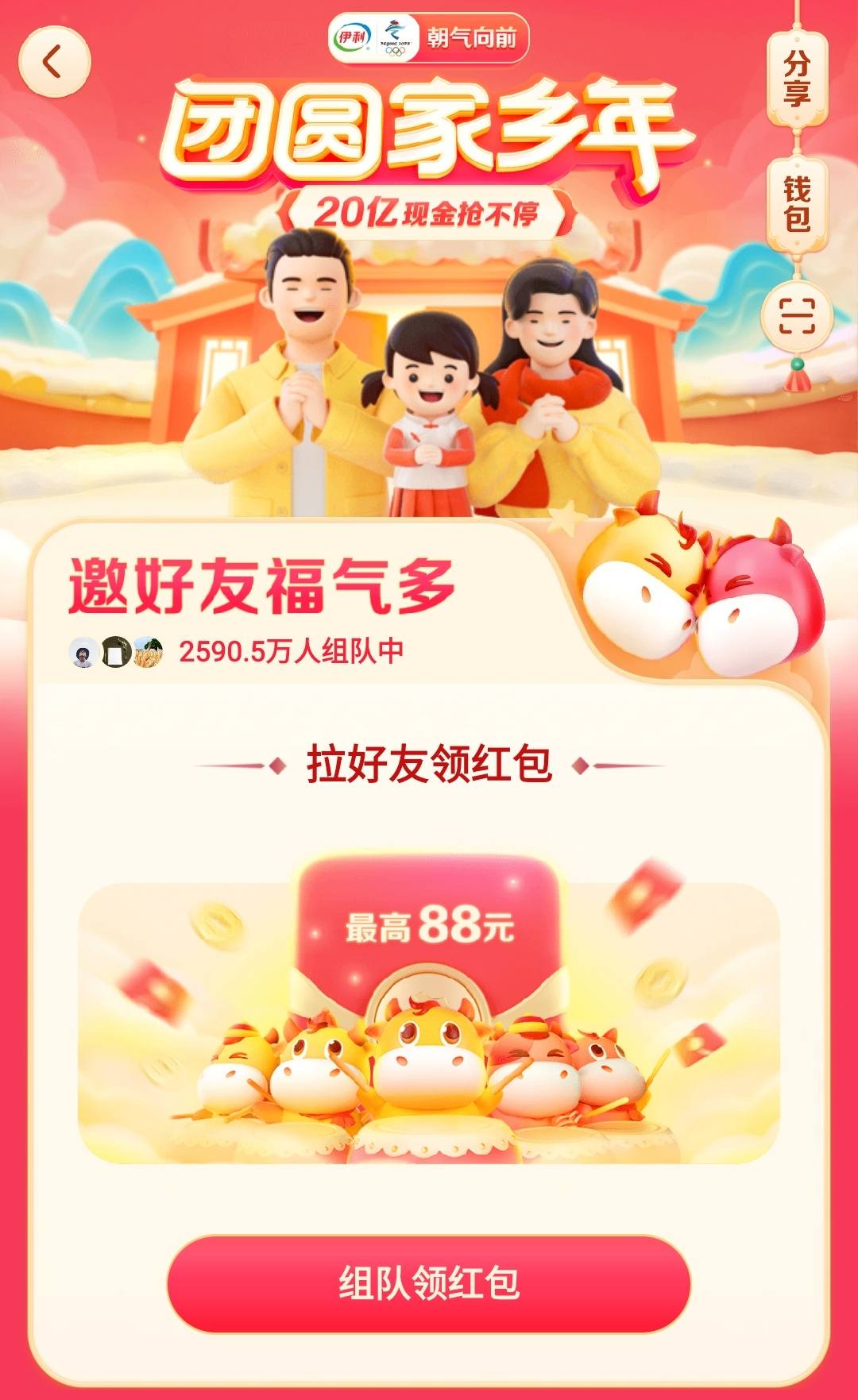 According to the data disclosed by Douyin, the total number of New Year’s Day videos has been played 50.6 billion times, and the New Year’s Day videos have received 6.2 billion likes. According to the real-time data displayed by the “member’s hometown year” in the Douyin app, the number of people participating in making New Year’s greetings video has now exceeded 75 million, and the number of people currently forming a team to receive red envelopes has exceeded 25 million.

Judging from the data performance, based on its huge user scale, Douyin mobilized some users to shoot videos and send “Tik Tok Moments” during the Spring Festival.

Douyin uses the Spring Festival Gala to publicize social activities. On the other hand, WeChat, the number one player in the social field, is promoting its own video business through Chinese New Year red envelopes. WeChat launched the personal customized video red envelope function on New Year’s Eve. Users took a video and uploaded it to the video account. After collecting 10 likes, the video can be used as the cover of the red envelope and displayed when sending red envelopes to friends.

Facing the raging WeChat video account, it has become a top priority for Douyin to seize the huge one-time traffic of the Spring Festival Gala to promote its own social services, continue to increase the scale of users, and increase user stickiness.

Douyin’s great emphasis on social networking can be traced back to the beginning of 2020, and DAU broke 100 million soon after the WeChat video account was launched. 36 Krypton learned that the Douyin team, which has always been very crisis-conscious, reached a strategic agreement at this time. The previous strategic differences were unified and classified as resistance and counterattack against WeChat video accounts.

During the 2018 Spring Festival, Douyin used to spend an average of about 4 million yuan a day in the investment budget, and bought drastically in all major channels. At the same time, with the help of celebrities’ red envelopes and live broadcast answers to low-cost customers. Once overtaking Kuaishou, Douyin will not allow the same thing to happen to him.

Six months after the WeChat video account launched an impact on Douyin, Douyin began to accelerate the improvement of social functions. In September 2020, Douyin launched the “Friends” tag for the first time and used it as a first-level entry to replace the “Same City” that was originally located next to the “Homepage”. Users can send text, pictures, videos and other daily activities through the “Friends” function. The overall function is like the Douyin version of Moments.

The Douyin “Circle of Friends” has been online for less than half a year, and its functions and publicity are in the early stage. The Spring Festival Gala red envelope activity provides a rare cold start opportunity for it to attract large-scale users to try it at the same time. It is also a test user’s likes and dislikes and collect feedback Perfect timing.

At the Geek Park 2021 Innovation Conference, Zhang Nan, the person in charge of Douyin, also focused on the social functions of Douyin. As the usage rate of Douyin increases, more and more people are using it to record some of their own. Daily life. At the same time, because Douyin was banned by Wei Envelope, users’ expression and interaction needs began to ferment within Douyin, which promoted Douyin’s social interaction. Zhang Nan sighed: “We still think of Douyin as small.”

In the open letter of the official announcement of the Douyin Spring Festival Gala, Zhang Nan also mentioned the current social data of Douyin: every day, half of the users will see the content of their friends on Douyin and interact with them.

However, Bytedance’s current attempts in the social field have not achieved obvious results. Douyin’s strong recommendation algorithm, strong content but weak relationship, is a typical scale effect product. On the contrary, WeChat, with a highly spontaneous community social environment, is a typical network effect product.