Märchen Forest is a remake of the role-playing game Märchen Forest: Mylne and the Forest Gift. In fact, calling it a remake is not exactly accurate because the game has some newly built scenes, but also a lot of environmental design and background scenes are reused. However, the game experience still retains the original orientation when divided into three different parts. Although each part still focuses on the story that follows with a new cast of characters, the gameplay is completely different not only in terms of ideas but also increasing challenge.

The Märchen Forest experience opens with the mystical forest that is inhabited by protagonist Mylne. This is also the home of many animals with various anthropomorphized personalities. It can be a talkative bird, a stubborn snake, even a quiet rocker or a wise mushroom who likes to challenge players to scratch their hair with knowledge. The heart of the story is the main character with the desire to become an apothecary to help people. However, this is only the beginning of the plot.

Although there are some similarities, but Mylne is just a little girl picking medicine, not an alchemist like the main characters in the Atelier series. In the early part of the Märchen Forest experience, the player mainly performs on-demand potion gathering quests, without crafting equipment or items like in Atelier games. The first few hours of the experience are quite similar to the point-and-click puzzle adventure genre. Players collect ingredients to make potions based on puzzle information from NPCs.

From a player perspective, the early part of the experience is rather slow-paced. The game also doesn’t give you hints or clear quests for you to do. The experience of this moment left a sense of mystery as well as Mylne’s identity. Most of the materials I gathered required some brainstorming, even luck. This is definitely a minus point of Märchen Forest that makes many new players easily give up because of impatience. However, the most attractive in this part are the quizzes about the knowledge of the mushroom doctor.

These puzzles provide a lot of interesting knowledge, combined with the initial experience even making me mistake Märchen Forest for an educational role-playing game. However, after the main character solves the problems of the animals in the mysterious forest, the game experience shifts to a completely different dungeon exploration gameplay. The exploration space is divided into many rooms with corridors accessing different floors. Hidden in the rooms are treasure chests and loot that you can collect.

These are also the rewards that Märchen Forest uses to encourage players to explore in the later experience. Exploration often requires you to find the key to open the door, “crash” the chest, flip the switch to open the path between areas and fight. You have to control the character to move back and forth between rooms and dungeon floors very often. Notably, the game does not punish the player severely if Mylne is negligent. The character only loses all ‘unidentified’ items but keeps the old exp and equipment. 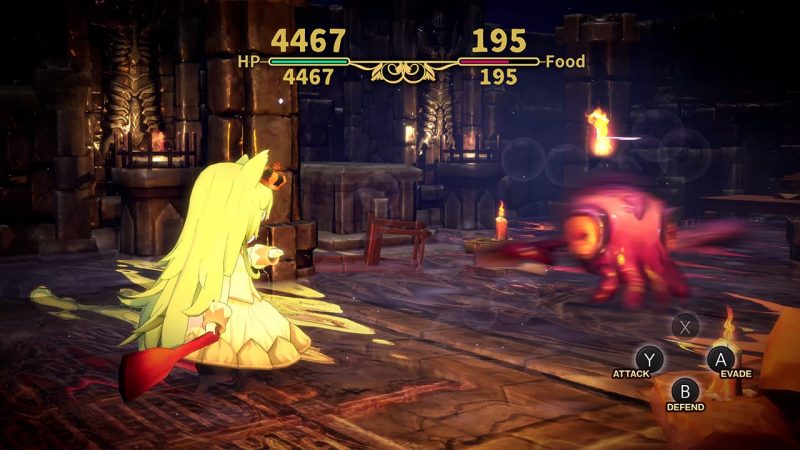 Märchen Forest uses an interesting real-time, half-turn-based combat system, combined with a light-hearted survival element revolving around two food and blood. The deeper you go in the dungeon, the more the amount of food decreases over time. This stat is restored through collecting food from slain or roadside enemies. Unlike the trend of role-playing games that allow players to actively attack, Märchen Forest still has an ‘old-school’ design. Enemies appear and attack you randomly after a certain number of moves.

Combat is designed to be simple with three actions: attack, block, and dodge. Most battles in Märchen Forest are all about dodging and attacking to win, at least in the second part of the experience. If you hit the block button at the right moment, Mylne can simultaneously parry enemies’ attacks but also stun them, giving them a chance to unleash special abilities with massive damage. The combat experience in the second part of Märchen Forest described is somewhat simple, but in fact it is quite the opposite.

The problem is, if you don’t get used to the button operation at this point, fighting in season three can easily become a nightmare. Some enemy moves force the player to use parry to stun and cast special skills, but cannot dodge. Without the mastery of clicking in part two of the Märchen Forest experience, fighting in part three of the game almost certainly becomes a nightmare like souls-like games. At this time, the enemy not only has buffalo blood, but also hits harder.

In fact, Märchen Forest is quite challenging in the third part of the experience. Players just need to press the button to stop the rhythm to be “open”. Even if you are not careful, even if you press the right moment, it will still “open” as usual. However, thanks to not punishing the player heavily, the experience rarely leaves the writer feeling inhibited. From a player perspective, this is also a plus point of the game. The developer has done a pretty good job of balancing challenge and punishment without using it to reluctantly prolong the experience unnecessarily. 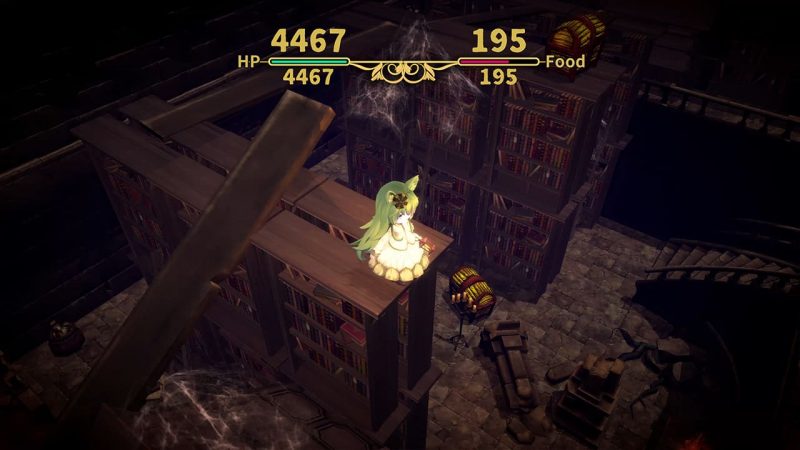 In the end, Märchen Forest offers an enjoyable immersive experience, leaving many exciting surprises in the later experience. Lovely graphics with fairy colors in fine art design is also a plus point of Märchen Forest when compared to the original. Create cute anime-style characters, suitable for the context and plot of the game. The biggest minus point of the game is that the ‘save the best for last’ design requires a bit of patience from the player, at least in the first few hours of experience. 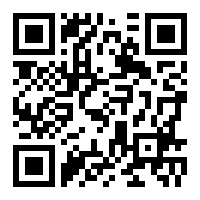 The article uses games supported by the publisher and played on Nintendo Switch.