Amazfit GTR 3 Pro is a smart watch model in the high-end segment. Compared to the original version, the Amazfit GTR 3, the Pro version has a few differences in terms of features and design. This is a comprehensive smartwatch, possessing features that allow you to monitor your health status, as well as support functions when you exercise. 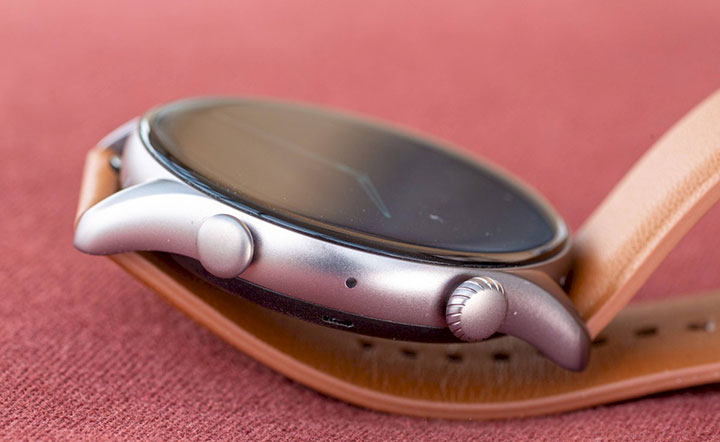 The outer case of the watch is made of aluminum alloy. The watch face has a mass of 32g, providing a comfortable wearing experience for a long time. The watch face itself has a fairly minimalist design, giving you the freedom to customize with over 150 watch face faces available.

The watch face is circular, with a diameter of 1.45 inches, up from 1.39 inches like in the GTR 2 version. The bezel around the screen of the watch has been made thinner, so so the overall size of the new version of the watch will not be much larger than the original line.

Although built-in microphone and speakerphone, the watch is still water resistant with a maximum pressure of up to 5ATM. This allows you to swim or shower without having to take the watch off your hand. Overall, the Amazfit GTR 3 Pro is a watch with an eye-catching design, with a high build quality and finish. 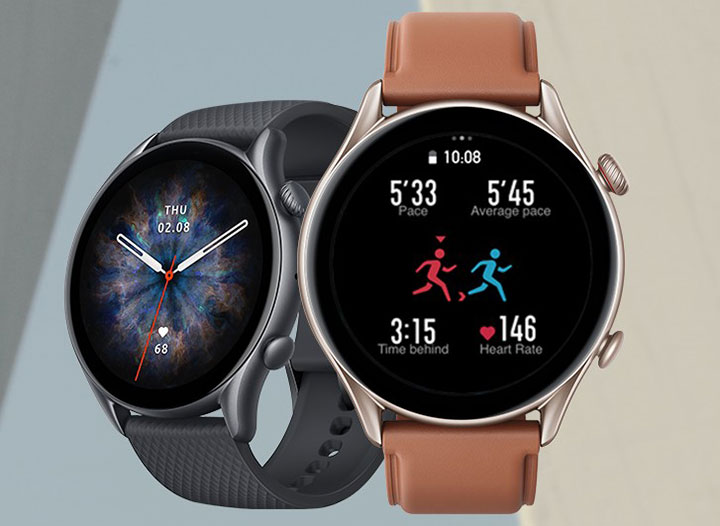 Amazfit GTR 3 Pro is equipped with a round screen with a diameter of 1.45 inches. The screen uses an AMOLED panel, and has an improved refresh rate compared to its predecessor. Specifically, the previous watch version supports a screen refresh rate of 30Hz, while the Amazfit GTR 3 Pro has a frequency of 50Hz.

The watch has a built-in Raise To Wake function. You can change the screen brightness level manually, or activate the Auto-brightness feature. The screen of the GTR 3 Pro has a maximum brightness of 1000 nit, allowing you to see the displayed content clearly even when used under sunny conditions.

The watch has various options for how information is displayed, which you can change through the system settings, or through the Zepp companion app. In addition to the Raise to Wake feature that we mentioned above, Amazfit GTR 3 Pro also has the option to allow the watch screen to open when a notification arrives.

Amazfit GTR 3 Pro is equipped with 2 separate function buttons on the right edge. The top button is essentially a knob, allowing you to scroll through menus and message lines with ease. Meanwhile, the other button is responsible for quickly opening the application that you use the most. 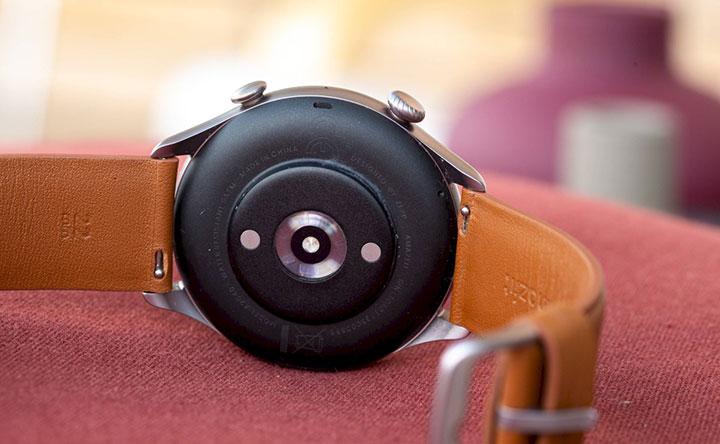 Blood oxygen (SpO2) measurement now takes just 15 seconds, almost twice as fast as the previous version of the watch. The new watch also has the ability to monitor the wearer’s breathing – a feature not often found in watches in the same segment.

And similar to the majority of smart watch models on the market, Amazfit GTR 3 Pro has the ability to monitor the user’s heart rate. This feature and SpO2 monitoring can be maintained 24/7. The watch also has other biometric tracking features, including sleep quality monitoring.

The app also helps you get into a better bedtime routine. For example, when this feature is activated, the watch will remind you when you go to bed later than usual. 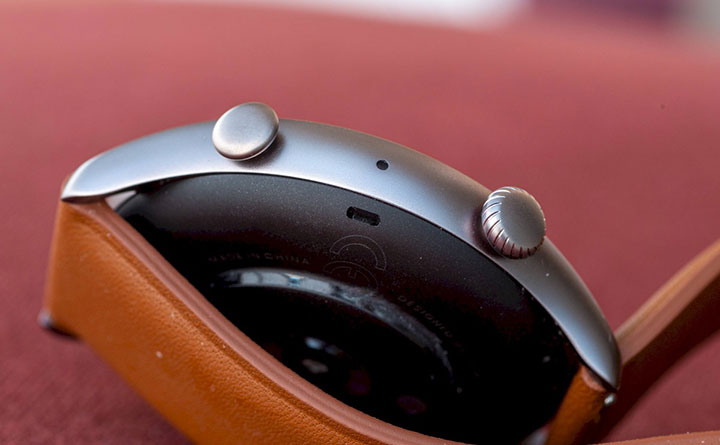 The watch will take advantage of every sensor when you start using exercise mode. The data recorded by the watch can be synced with the Apple Health app (if you’re an iPhone user), Google Fit (if you’re an Android user), as well as through fitness-enabled apps education from 3rd parties such as Strava, Relive and RunKeeper.

Amazfit GTR 3 Pro can track more than 150 sports modes and has the ability to automatically distinguish 8 main sports modes. The manufacturer has developed an algorithm that tracks the maximum amount of oxygen you absorb during exercise (VO2 Max), as well as the intensity of the exercise, how effective it is, and how long your body needs it. To recover.

These features will assist you in tracking your workout progress. Another good point is that the watch’s BioTracker 3.0 sensor can also work underwater. This allows you to keep track of your health while swimming. Overall, Amazfit GTR 3 Pro is a smart watch with many features, bringing many conveniences during actual use.

Amazfit GTR 3 Pro is advertised as having a battery life of 12 days with moderate use, 6 days with intense use. Maybe we belong to the group of intense watch users because in 2 weeks of use, we have to charge the watch 2 times. This is quite a long battery life, especially when compared to other watches in the same price segment.

The new watch version applies an improved battery charging system compared to the previous watch series. The watch still uses the company’s proprietary magnetic charging pad, but now the watch can be fully charged in just 2 hours (down from 2.5 hours on the previous version). 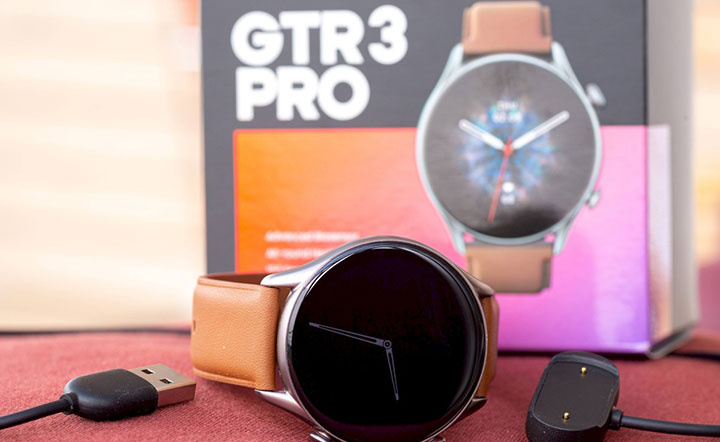 What improvements does the new version bring?

Where is the difference?