Synopsis The lupine gang is trying to challenge the legendary treasure “Bresson Diary” that Lupine failed to steal.Quote-Wikipedia 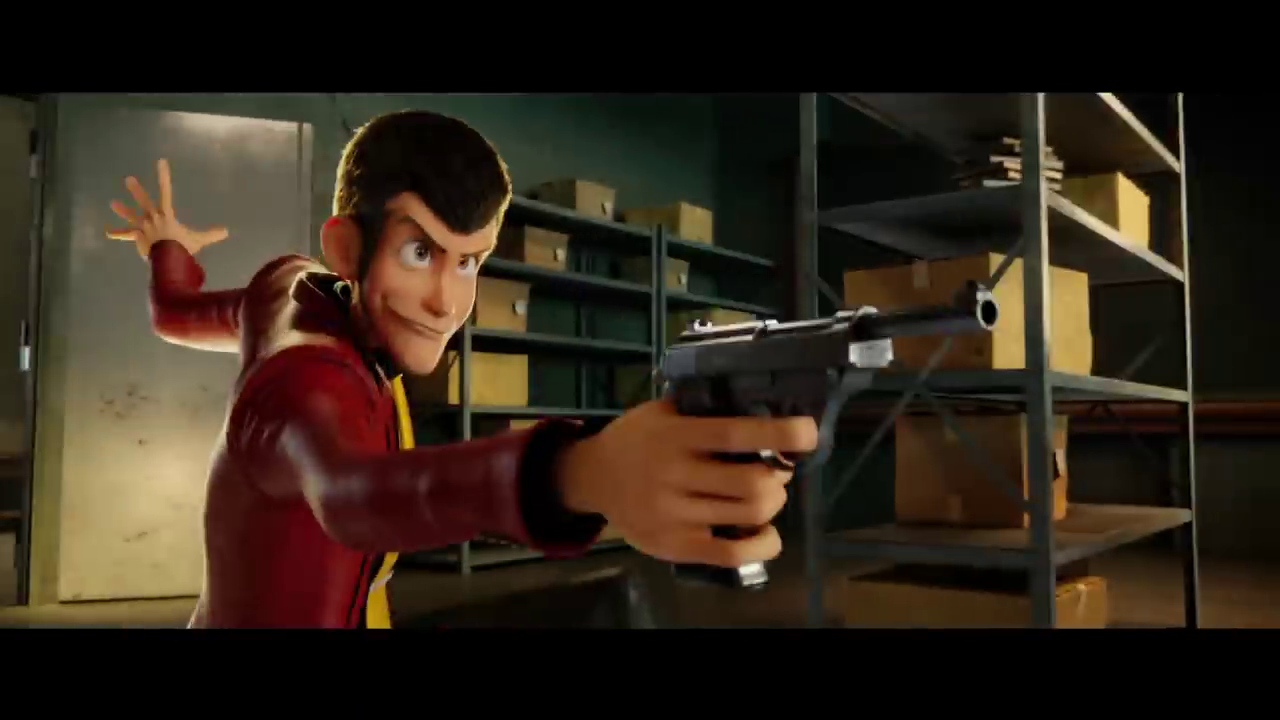 The biggest feature of this work is
The quality of 3DCG is probably high.
If this is not Lupine the 3rd character
It’s a level that you might believe even if you say “It’s a Disney-made movie.”

The quality of the 3DCG technology in Japan is as high as I think
It moves smoothly and delicately, and it is drawn with a fine expression change.
The action scene also moves violently and seems to be “Lupin III”
It is a work that can fully express the action with full CG.

However, on the other hand, there are many parts to worry about.
In particular, the feeling of “teka” is quite noticeable.
In particular, Lupine’s favorite car “FIAT” has a natural color when it is an animation
I don’t particularly care, but the expression in 3DCG is uselessly bland.
As if just received from a dealer
I’m pretty worried about the shiny condition.

Perhaps because there are many “too beautiful” scenes in the action scene,
I’m not excited at all. Certainly, it’s a terrific animation, moving hard.
If this is an animation in 2D drawing, the movement that feels like it was exciting
With 3DCG, it feels light and uncomfortable.

Lightness in 3DCG is an eternal theme.
This work also covers the lightness in terms of sound and effects, but
Still not exciting.
The transcendental action that does not feel uncomfortable in 2D Nara is also a realistic expression called 3DCG,
It may have created a sense of incongruity.

Lupine’s red jacket is also dark in scenes such as “Is it made of leather?”
There are a lot of things that I’m nervous about.
Still, I want to evaluate the high quality. 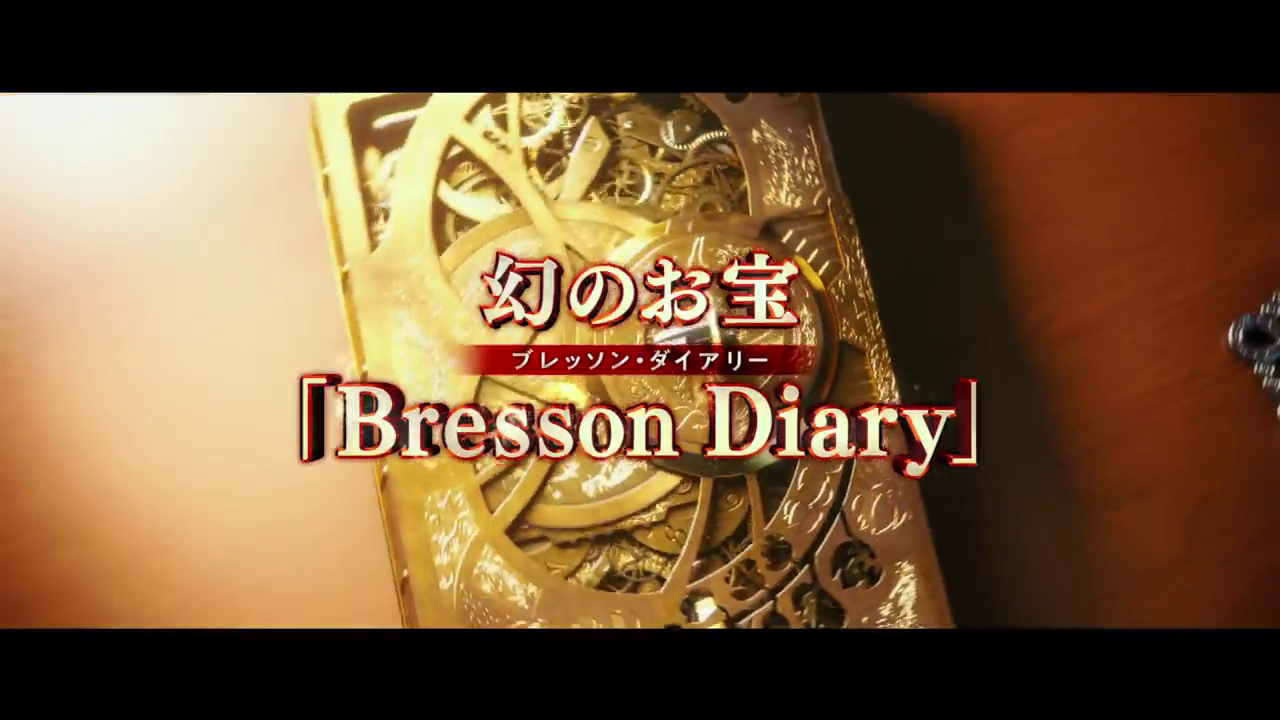 On the other hand, it’s easy to understand.
What we do with this work is “Laputa Castle in the Sky” + “Calistoro Castle”.
Scrawled story development with no freshness until horrible
It can be said that the elements are bulging.

In other words, the story can be said to be “safe.”
You can see what you are expecting, without exceeding or even lowering the expectations of the viewer.
The purpose of this work is to make Lupine with “Full CG”.
The story might have been secondary, but the level is low enough to feel so. 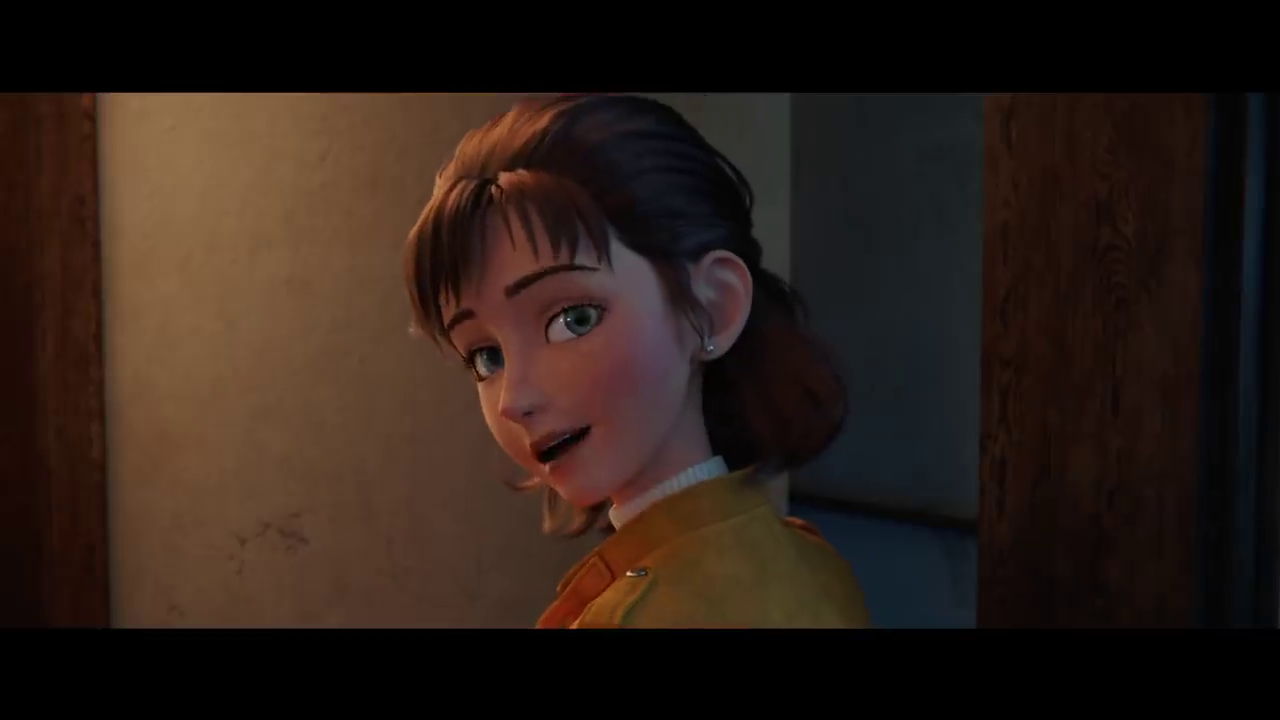 To break the “Bresson Diary”, you have to insert a certain code.
Lupine with the heroine this code before the “exploding device” operates
I have to solve it. By the way, the heroine is “Bresson Diary”
She’s a related person, and her name is Leticia.

Perhaps many can predict that the heroine’s name is cryptographic.
You can show it for a long time. The expected development can be shown as expected.
Developments with no surprises will not be exciting and exciting.

The treasure that can be obtained by solving the essential “Bresson Diary”
A device that can manipulate gravity, a super technology left by ancient civilizations,
It is a transcendental weapon that uses gravity. Flying stone and Laputa itself,
There is no choice but to hear the flickering of Muska, such as the scene of burning the ground with ancient weapons. 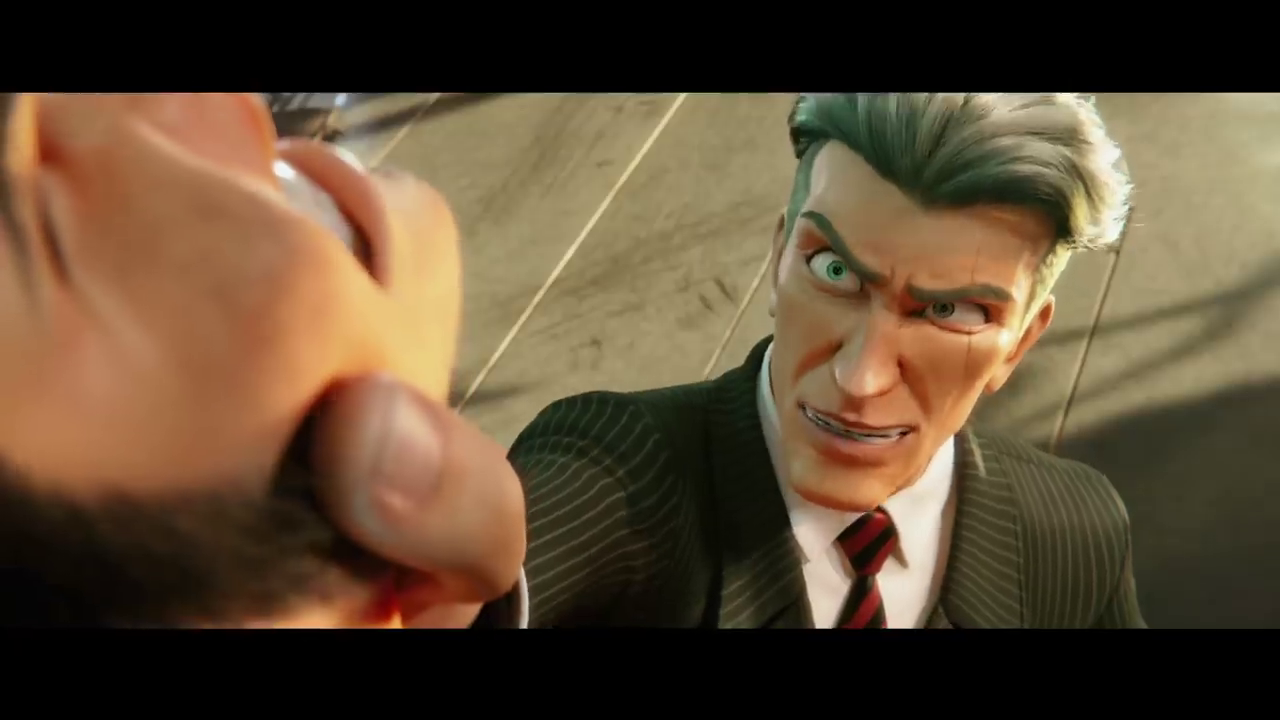 Hitler comes out as one of the easy elements (bitter smile)
Hitler in the creation is already a free material at the level of Nobunaga Oda in Japan,
It is an element that has been rubbed and used.
The beginning of the film suggests that the Nazis were involved in the study of ancient civilizations.

This is how the Nazi elements come out, but the swastika and the Nazi salute do not come out
It is only the extreme of discomfort. 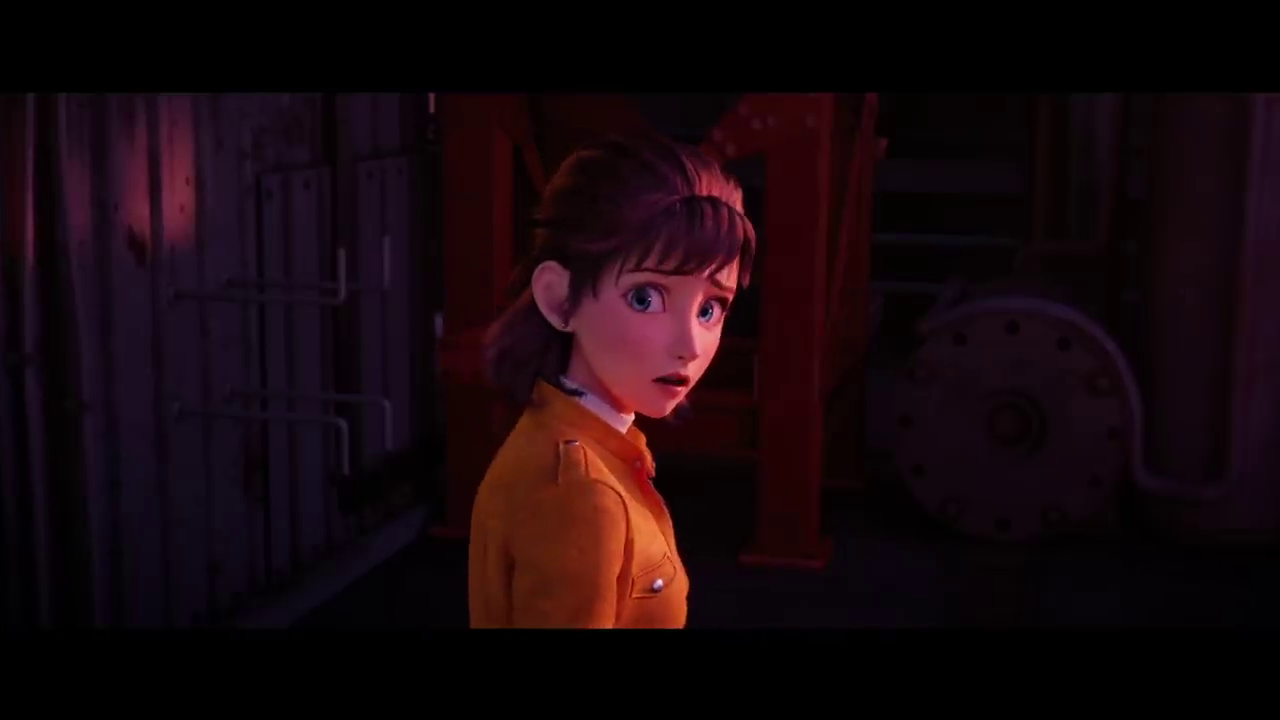 Another problem is character depiction.
Lupine the Third, Daisuke Jigen, Goemon Ishikawa, Fujiko Mine, Detective Zenigata
The main characters are as usual. There’s nothing wrong here.
The only problem is the movie original character.

The heroine Leticia is not particularly attractive.
On the production side, like Laputa’s Theta and Caliris of Cagliostro’s
You may want to be a heroine, but it’s a cheeky, high-handed character
She suddenly behaves strangely.

Lupine politely mistakes the code for “Bresson Diary”
Explain to her that there is something to blow up.
Despite having heard such an explanation, she was in the “Bresson Diary”
The key is inserted into the keyhole and the timer of the blast device starts. I do not understand what it means.

If this is a state without explanation of Lupine, you can see,
Put the key in the keyhole where the blasting device may work as described
The reason for her action is too mysterious.

The enemy is just a character that is unpleasant and enemy.
Leticia, the heroine, is overwhelmingly defeated as an archeologist,
The enemy who raised her falsely as her grandfather is also a small accessory,
If you start saying “Become the king of the world!”
It is only an enemy of small feelings.

The other one is just a character of Hitler Banzai’s full Nazism,
The appearance that the viewer is tricked by Lupine in a predictable manner is only humorous.
In the end, the enemy is not charismatic or attractive. 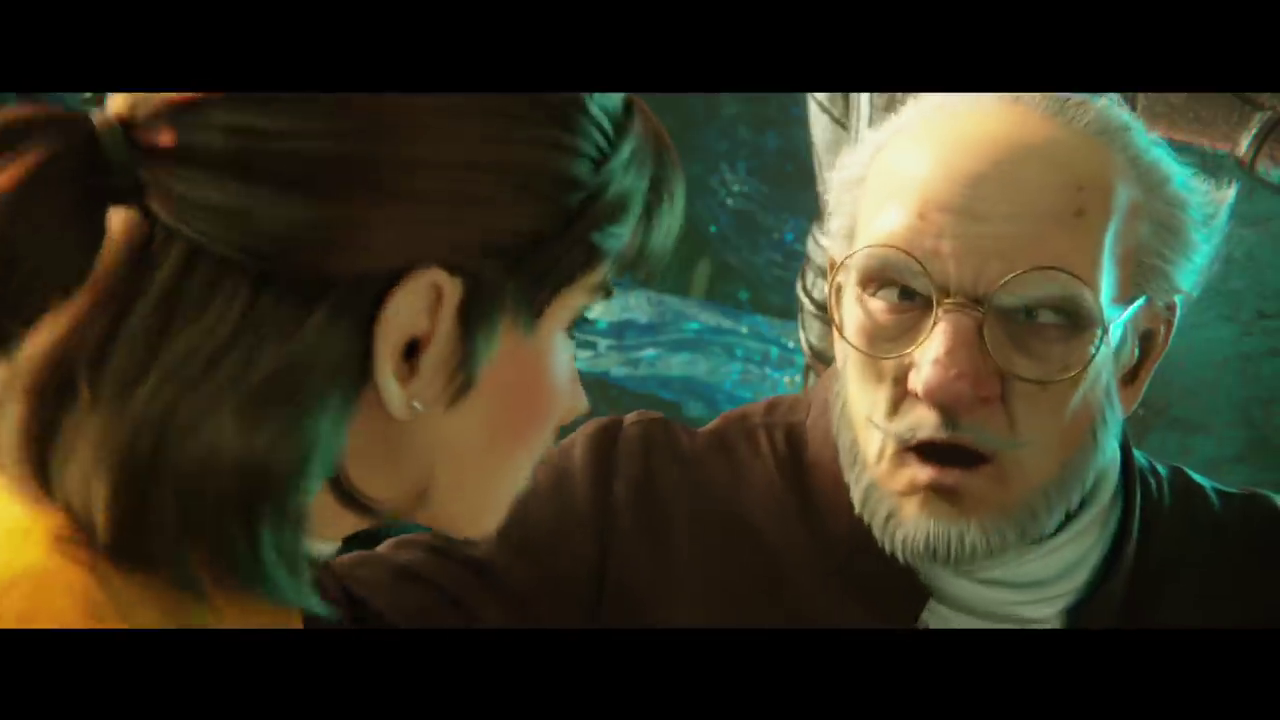 However, the problem is “Hirose Suzu” who plays the heroine. In short, it’s bad.
There is no intonation and no emotional expression by voice
There is no choice but to make the voice useless.
Acting that sharply reduces the heroine’s charm is only the worst.

Kiyoshi Kobayashi’s over-the-age performance of over 80 years old and Kunita Kurita’s stable performance,
Daisuke Namikawa, Miyuki Sawashiro, Koichi Yamadera who are changes from the old cast
While many voice actors performing veteran uniforms are appearing,
Hirose Suzu’s acting without intonation is too conspicuous. 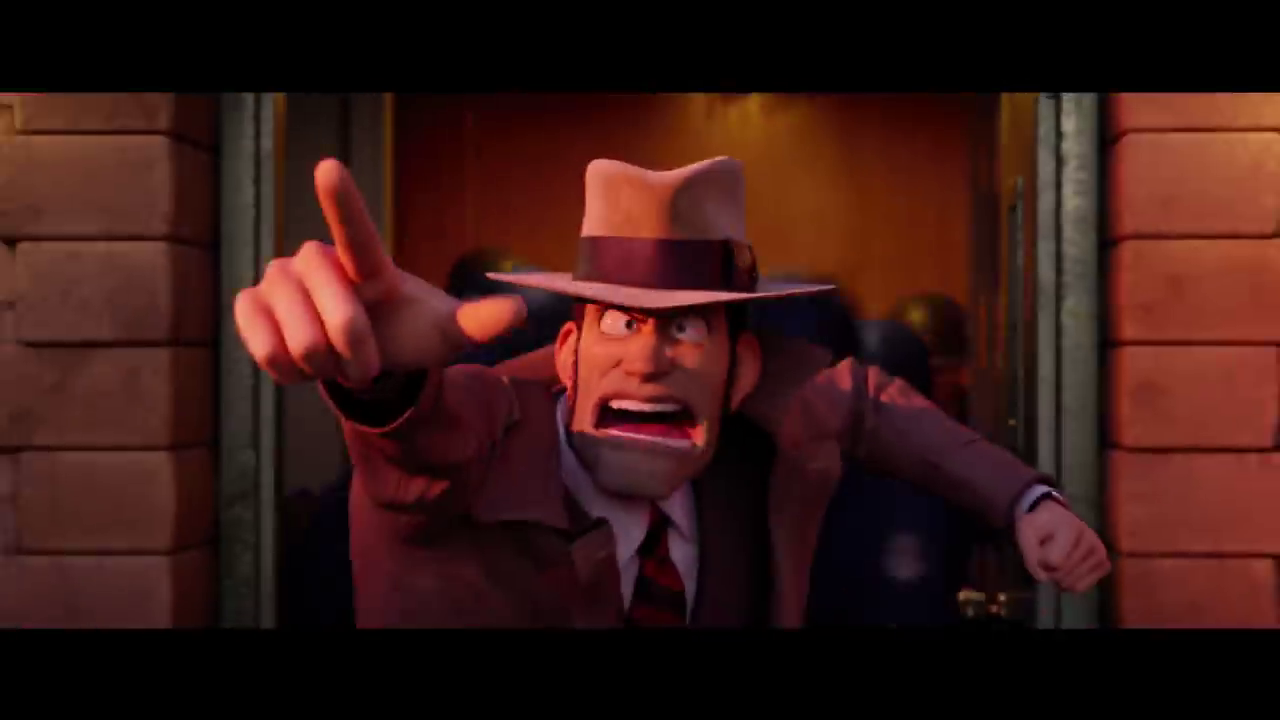 Eventually, all the enemies died and the technology left by the ancient civilization disappeared,
Lupine leaves leaving Leticia like Clarice,
Leticia is watching Lupine’s back fleeing from the cervix neck,
Inspector Zenigata somehow salutes her and ends.

This salute doesn’t make sense.
Although Leticia was originally ordered at the beginning of the story,
Stealing “Bresson Diary”,
At that time, she sprays tears on the security guard. In other words, theft and assault.
It is totally different from Clarice.

The only thing that didn’t have a line like “I’m in your heart”
The brakes may have been working, but the expression of the monument that seems to be so
I ended it with a bitter smile on the viewer. 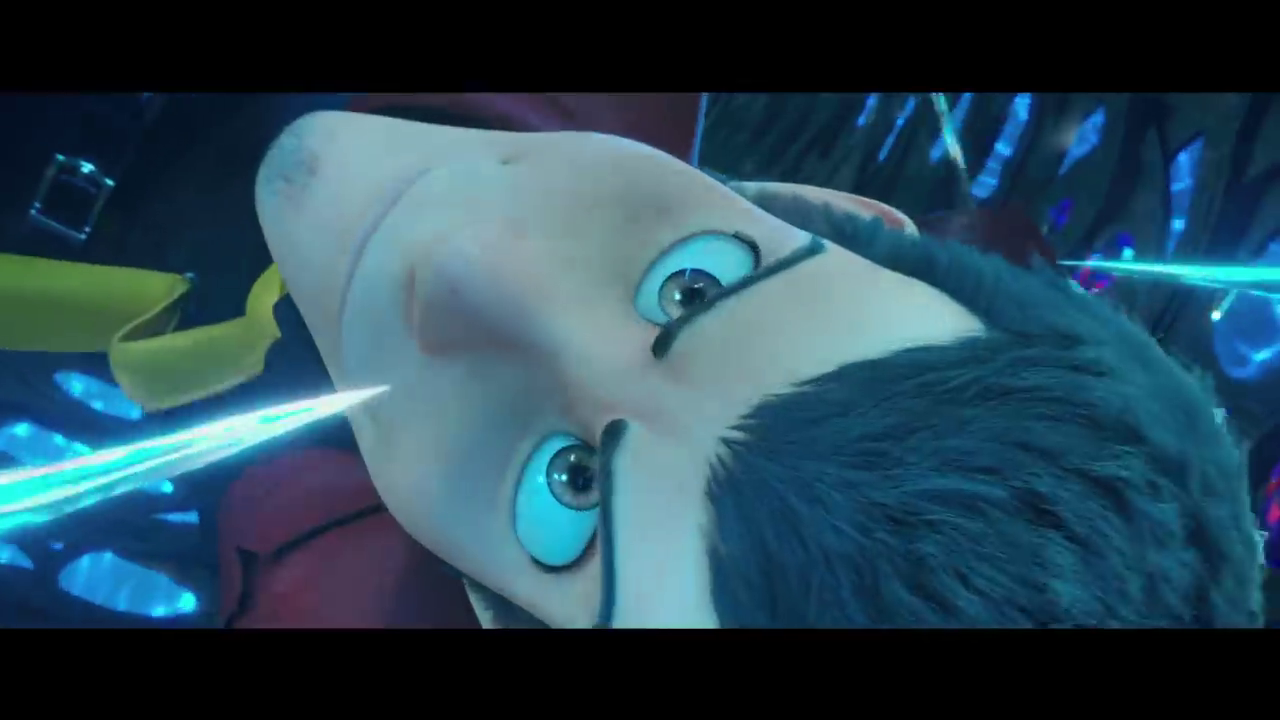 On the whole, it is just a work to draw Lupine in full 3DCG.
Certainly, the quality of CG is wonderful, and there are some places where the texture that is somewhat shiny is worrisome,
Although there is a part that feels strange in the transcendence action drawn by 3DCG,
Still, there are some scenes where “Oh!”

However, the quality of the script is too shallow for the quality of the image.
Extract the elements and story composition of Laputa and Cagliostro
A script that just changes words and order is not as fresh as
There is no unexpected development. In short, it’s safe.

Children who do not know Laputa and Karyostro may be able to enjoy it,
Many unexpected developments and easy elements can only laugh
Half-finished “Nazi” and “ancient civilization” elements that symbolize the shallowness of drawers
If you dig a little more properly, you do not dig into the parts that are likely to be interesting

The language is bad, but one of the expressions I don’t want to use
In a nutshell, it’s safe for the masses.
Lupine the 3rd is not as interesting as this work,
Colored with guest characters using celebrities, with the power of the image called full 3DCG
Cheating on a safe and shallow story ends with a nice last.

It’s popular in both good and bad ways, and it might be fun to see it as a child,
It was such a work that adults were not enough to enjoy two more steps.

It wasn’t as exciting as it was until the end, and it wasn’t exciting.
Occasionally, there is a scene that becomes “Oh!”, But from the moment when it becomes “Oh!”
It is a work that does not continue to be exciting, it seems to be interesting and it has not finished.
Although not a bad script compared to recent TVSP scripts,
I wanted you to dig deeper into each and every element.

For the Nazis, the super technology that the former Nazis had secretly developed would have been fine.
Somehow it was messy because it involved ancient civilization.
Because the quality of the image was not bad,
It’s a shame that the script has not been written for the quality.

It might be like STAND BY ME Doraemon of the same director
Is it a work drawn from the encounter between Lupine the 3rd and his friends? When
I thought before seeing the notice,
It may be better to work in that direction.