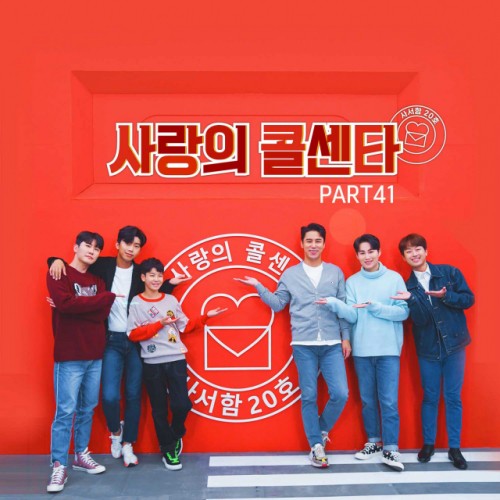 The songs released in episode 41 of’Call Center of Love’ will be released on various music sites at 12 noon on the 9th. This album includes’One Cup of Tears’ by Lim Young-woong, which was selected as the title track, ‘1.2.3.4’ by TOP6 (Young-woong Lim, Young-tak, Lee Chan-won, Jeong Dong-won, Jang Min-ho, and Kim Hee-jae), Young-tak’s’I cry and regret’, and Lee Chan-won’s’Yoyeo. (如如)’,’Bling Bling’ by Jang Min-ho,’Men Crying in the Heart’ by Kim Hee-jae, and’Me Gustas Tu’ by Jeong Dong-won, Jang Min-ho, and Kim Hee-jae.

In particular, Lim Young-woong focused attention by selecting Jin Mi-ryeong’s’One Cup of Tears’ in the confrontation with B1A4 Sandeul, which had been a hot topic even before the broadcast. Lim Young-woong, who is loved by fans for her delicate singing skills, perfectly digested the’one cup of tears’ and kept the throne of’Emotional Trot’ of Myungbulheojeon.

Jeong Dong-won, Jang Min-ho, and Kim Hee-jae once again stimulated the fan spirit with the features of K-trot idols. The three who showed GFRIEND’s ‘We Are From Today’ surprised all the cast members with a group dance that is as good as an active idol. Jung Dong-won perfectly digested the choreography of this song’s representative skipping jump, and induces a hot response. In addition, Jang Min-ho performed the stage with Kim Yeon-ja’s’Bling Bling’. Jang Min-ho, who stepped on the stage with the excitement burst that connects the’Amor Party’, made the’Call Center of Love’ a venue for the festival, boosting the excitement with an energetic performance and powerful singing ability.

While TOP6 and Idol6 meet and show synergy and a stage that stimulates the fan’s spirit, expectations are also gathered in the album’Call Center of Love PART41′ to be released on the 9th.

Meanwhile, the album’Call Center of Love PART41′ will be released on the 9th at 12:00 noon.