The family of a groom in central Java (Indonesia) used Google Maps to find the way to the bride’s house located in Losari village, Pakis district. But because there are two wedding and engagement ceremonies taking place on the same day in the district, the application guided the groom’s delegation to Jengkol village not far from Losari.

At first, did not know the mistake because the bride was in the makeup room. The Ulfa bride’s family warmly welcomed the groom group from Pemalang and presented the ceremony. About 10 minutes later, they realized the strange thing because the two sides realized that there was no one they knew. After asking the location of the in-law union, the bride’s family Maria Ulfa in Jengkol village learned that there was a mistake. Maria Ulfa’s groom’s group is from Kendal, and the bridegroom to the wrong house is from Pemalang district.

After the incident happened, the groom’s team went to the wrong house and apologized, pleaded again and was also shown the way to their right house. 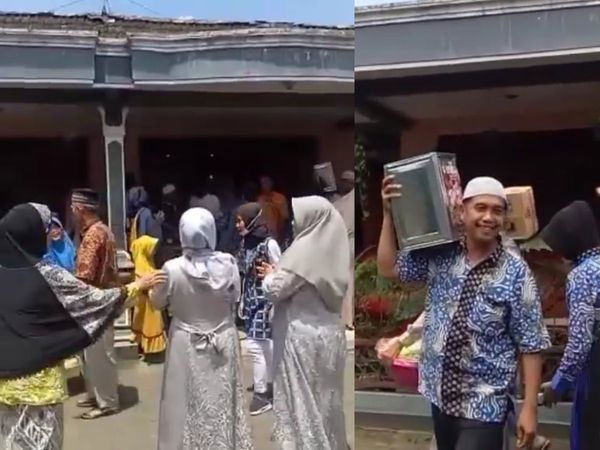 The groom’s bride procession left the Utah house in a state of confusion, holding the ceremony in hand. Photo: Times Now.

Utah also shared that it was also very coincidental that her grooms were late to get engaged due to finding a toilet.

After being shared, the story of the groom almost picking up the wrong bride attracted a lot of attention from the online community.

This is not the first time the navigation feature of Google Maps has caused trouble for users. In June 2019, when the route to Denver airport was congested and obeyed by Google Maps to detour to avoid traffic jam, nearly 100 people together were stuck in the muddy road.

In February 2020, a man in the US had an accident following the instructions of Google Maps. But Google Maps instructed this person to plunge into the river instead of the bridge.