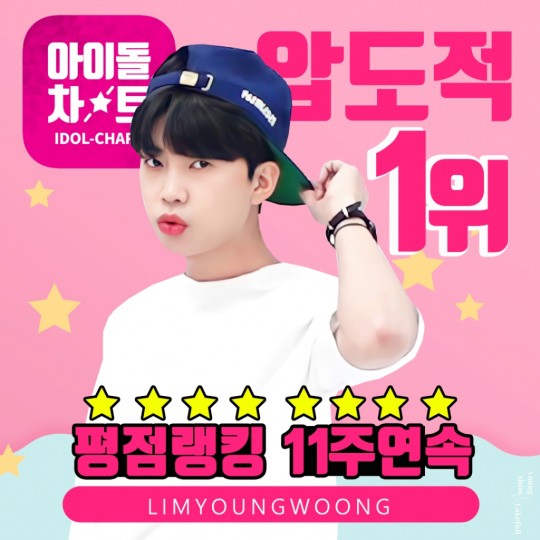 Lim Young-woong took the first place with 645864 votes in the rating rankings of the 1st week of June, collected from the 4th to the 10th. It has been ranked first in the ratings rankings for 11 consecutive weeks from the 4th week of March. 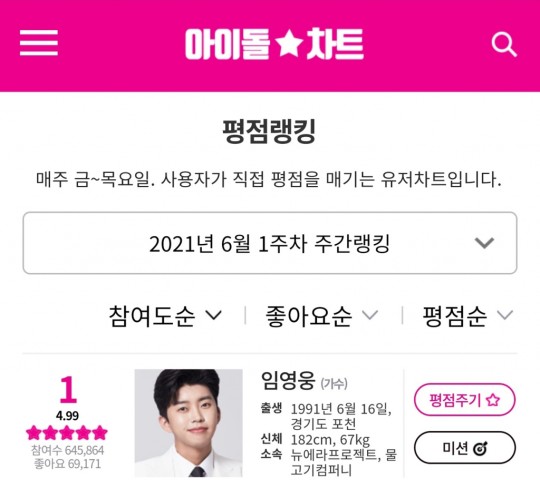 ‘My Love Like the Starlight’ continues the shining myth, surpassing 24 million views on the music video on the 10th.

In the SBS MTV·SBS FiL trot chart show ‘The Trot Show’, Lim Young-woong, who took first place in March with ‘My Love Like the Starlight’ in April and ‘Now Trust Me’ in April, also took the 1st place in May with ‘HERO’, ‘Triple Crown’ ‘ was achieved.

In June, Young-woong Lim took first place in various polls and surveys, highlighting the ‘trend of trend’ aspect. Young-woong Lim took first place in the Hall of Fame for Favorite Idol Celebrity, becoming the 11th Donation Angel, and ranked first as a male singer in Trot Pit’s 1st week of June. He also achieved the top spot on the Fan N Star Trot male for 24 weeks in a row. In MuBit, ‘Now I Trust Only Me’ ranked first in the 1st week of June.