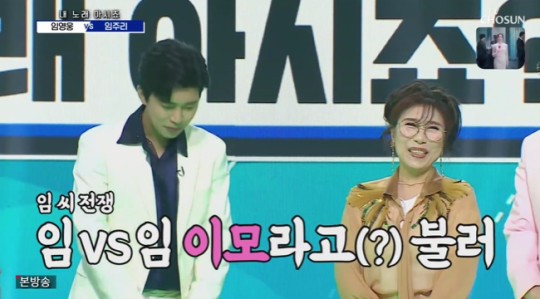 Hit 6 appeared on TV Chosun’s’I Sing the Requested Song-Call Center of Love’, which aired on February 26, and was held as a special feature of’You Know My Song’.

Im Joo-ri and Lim Young-woong, who were the same, unfortunately met each other in a confrontation. When asked, “Where is Mr. Lim?”, Lim Young-woong replied, “This is Yecheon Lim.” Lim Joo-ri asked, “Is it a bush?” and “I am almost a relative. Call me your aunt,” he said.

Lim Young-woong gave a deep impression and received 98 points by selecting’Hoo’ of Jo Joong-jo. Young-tak said, “This song is going to go wild. It is a hidden masterpiece.” Lim Young-woong said, “It would have been nice if we had prepared a little more.”