Launched April 2019, the Lenovo Z6 Pro is the Chinese manufacturer’s latest flagship phone and boasts an impressive set of specifications at a competitive price. The device features a large 6.39-inch AMOLED display and follows recent design trends with a discrete water-drop notch for the selfie camera, alongside a fairly thin chin to maximize the screen real estate.

Including the latest octa-core Snapdragon 855 (7 nm) chipset, the Z6 Pro comes with plenty of processing power, and for photography enthusiasts, the smartphone is advertised as a quad-cam device, with a standard wide-angle camera, a telephoto-lens camera, an ultra-wide-angle camera, and a dedicated 2Mp video camera. If you include the additional Time Of Flight (TOF) 3D sensor used for depth sensing in Portrait Mode, though, you could say it houses five cameras.

The Z6 Pro’s main camera utilizes a 48Mp 1/2-inch Quad-Bayer sensor coupled to a wide-angle (28mm equivalent) f/1.8 lens. Quad-bayer sensors aim to improve color, detail, and dynamic range by combining the signal from four adjacent pixels into one, which results in a final 12Mp (4000×3000 pixels) output. For zoom shots, there’s an 8Mp secondary camera with a f/2.4 tele-lens that, like the primary camera, comes with PDAF autofocus.

With an overall DxOMark mobile score of 95 points, the Lenovo Z6 Pro achieves a mid-range score in our rankings, one that’s comparable to slightly older devices such as the OnePlus 6 (96 points) and the Apple iPhone 8 Plus (94 points). There’s a strong difference between the Z6 Pro’s photo and video performance, however, with its performance much stronger for stills, achieving a Photo score of 103 points, compared to just 79 points for video. As such, it’s better suited for stills-orientated photographers. Although a Photo score of 103 doesn’t challenge the very best performers in our database, such as the Huawei P30 Pro and the OnePlus 7 Pro (with 119 and 118 points, respectively), the Z6 Pro is a capable device for stills.

Target exposures are good in all lighting conditions, with high levels of contrast when tested under controlled and well-balanced conditions in the lab. Images are slightly underexposed in very low light, but remain usable; and even in near-dark conditions of only 1 lux, they’re just about exploitable. 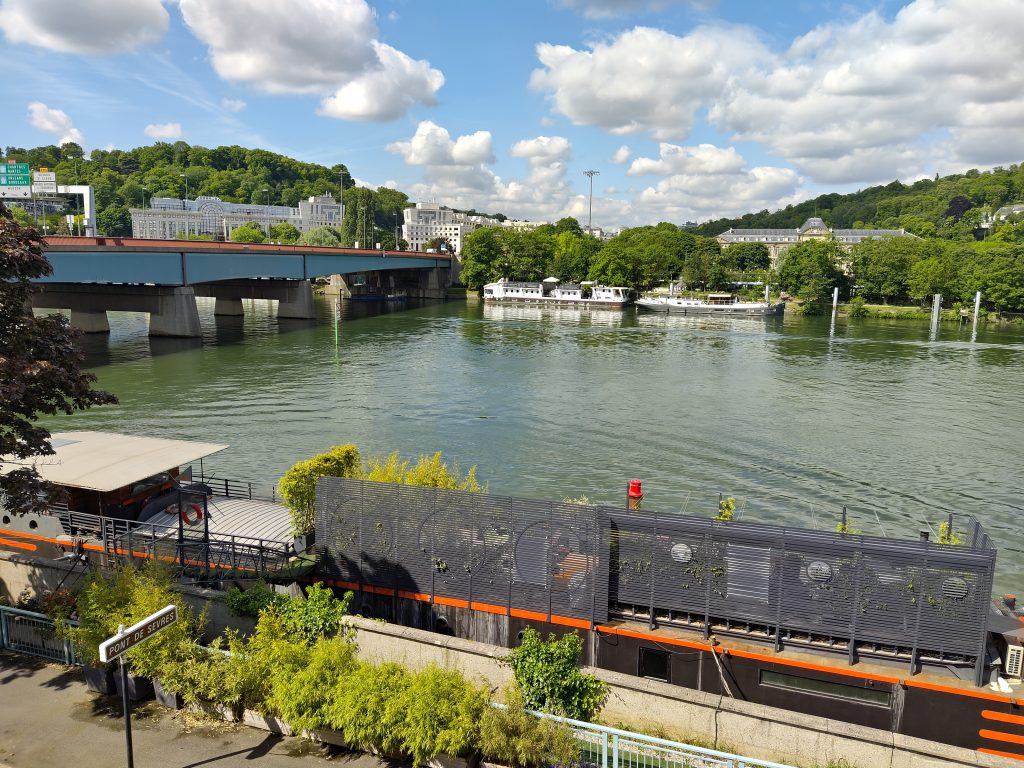 In our analysis of natural test scene images, target exposure is good in uniformly-lit scenes. Dynamic range in bright high-contrast conditions isn’t quite as wide as some of the best performers, and you can see in our comparison that the Google Pixel 3 and OnePlus 6T maintain more detail in the sky. The Lenovo Z6 Pro does preserve nice detail in the shadow regions while maintaining good overall contrast, however, which provides a pleasant (if not overly strong) HDR effect. In backlit portraits, the same analysis is borne out, with the Z6 Pro providing an accurately-exposed portrait, but with some very noticeable highlight clipping in the bright background details. 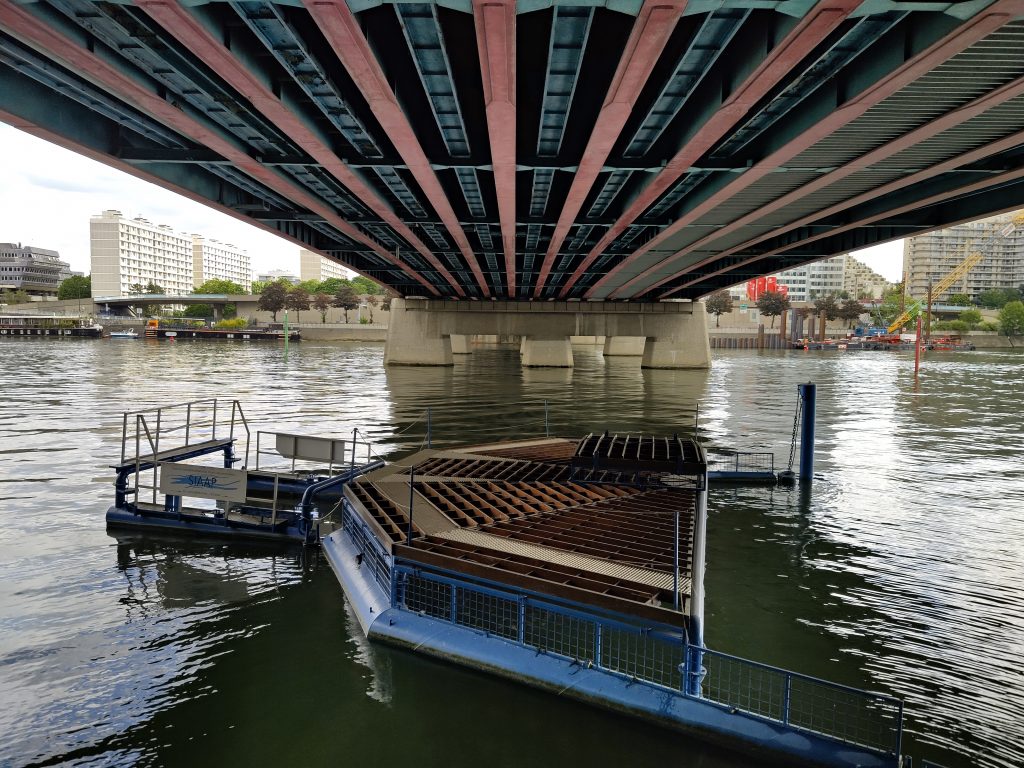 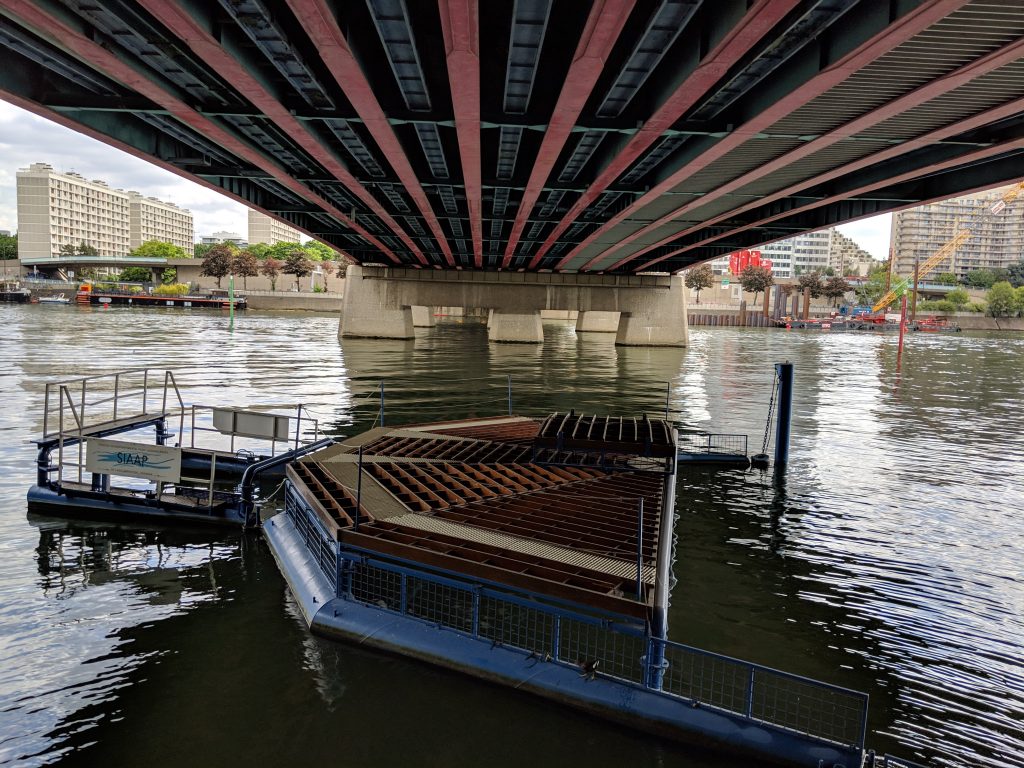 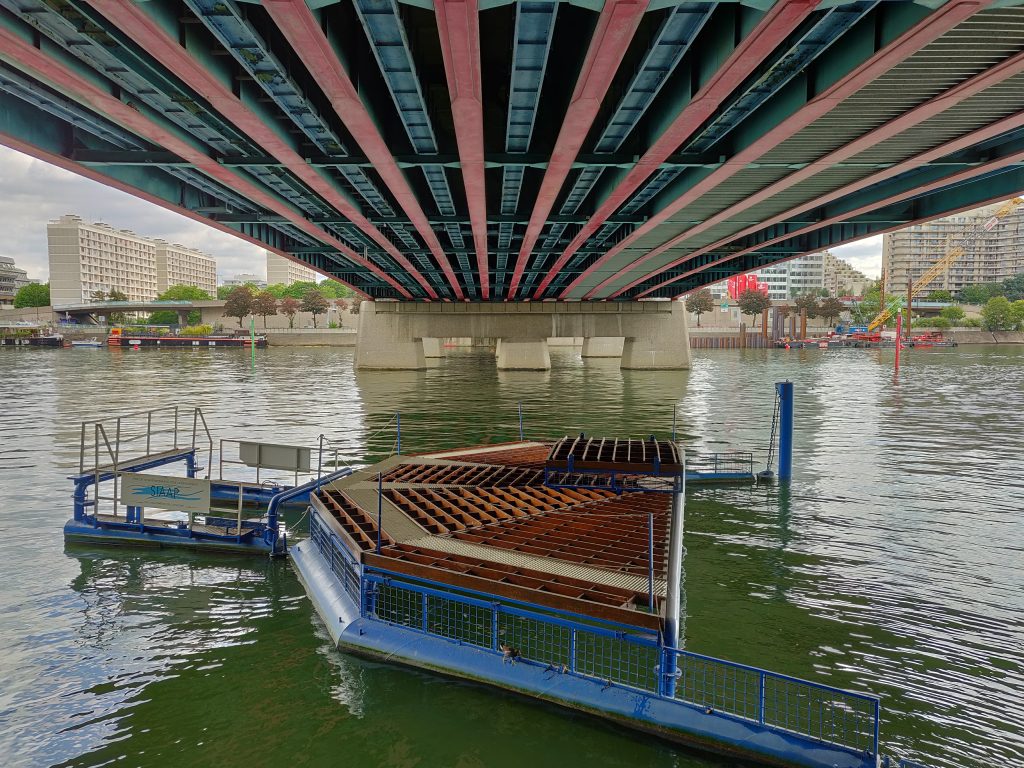 Color is something of a weakness for the Z6 Pro, with fairly low saturation in outdoor and low-light conditions, as well such white balance failures as a slight yellow/green color cast and some color shading in outdoor images. It’s fair to say that viewing images in isolation, color on the Z6 Pro is mainly acceptable, and saturation is quite good in indoor images. Outdoors and especially in low-light conditions, however, the lack of saturation is particularly noticeable when comparing images side-by-side. 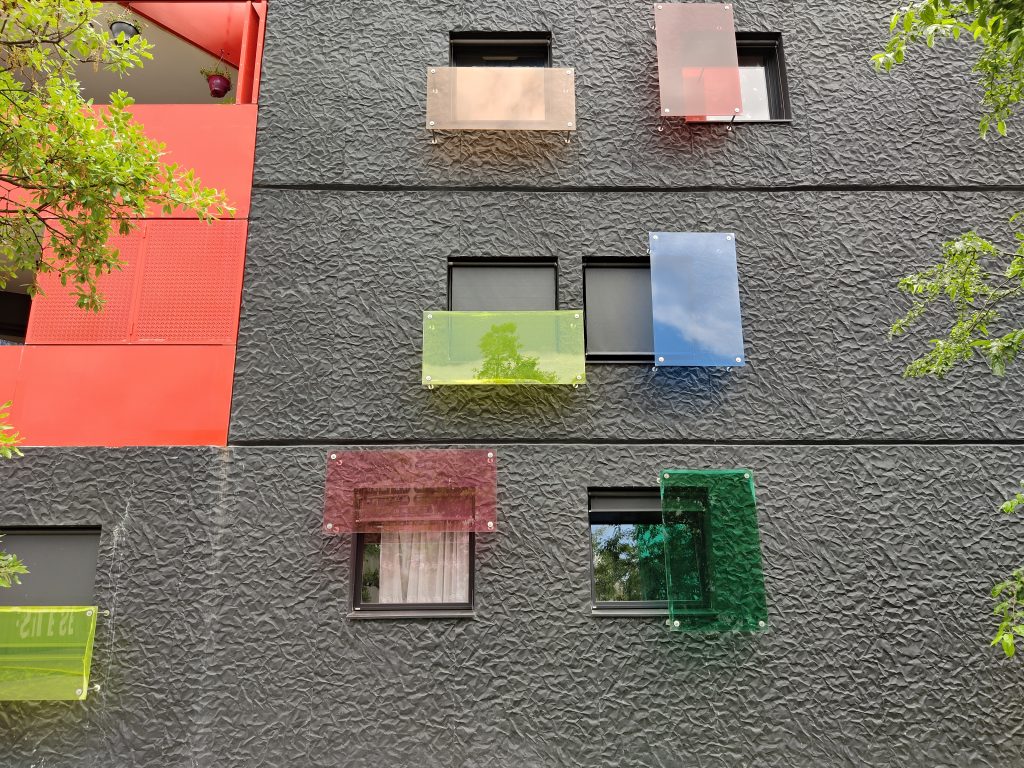 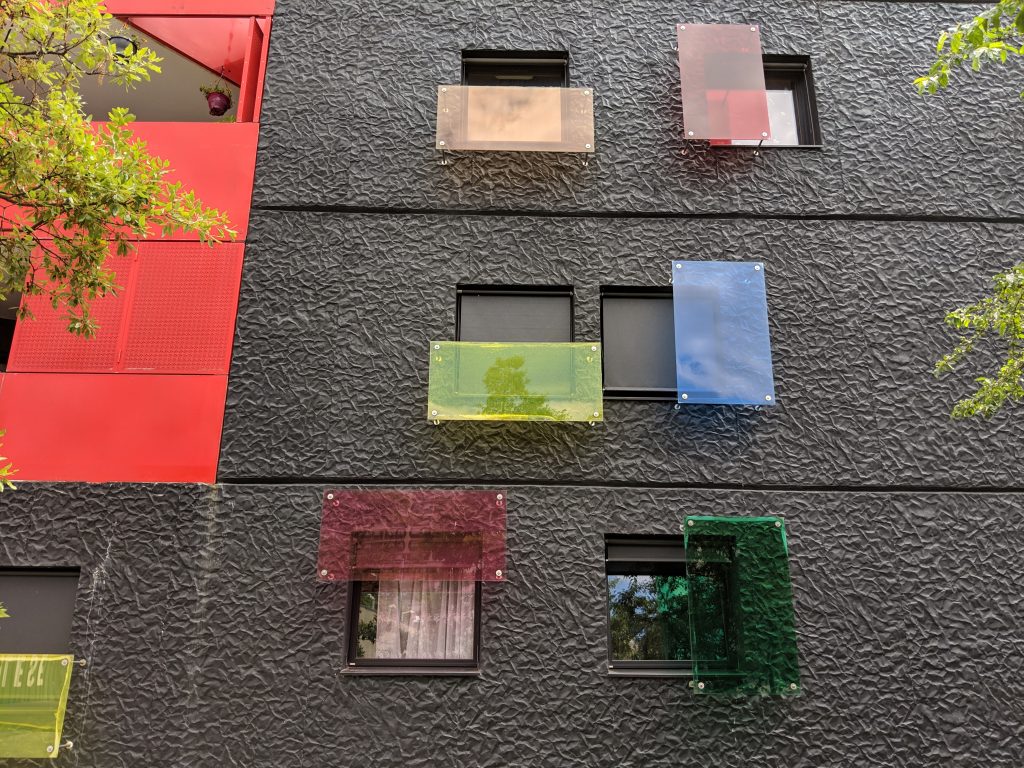 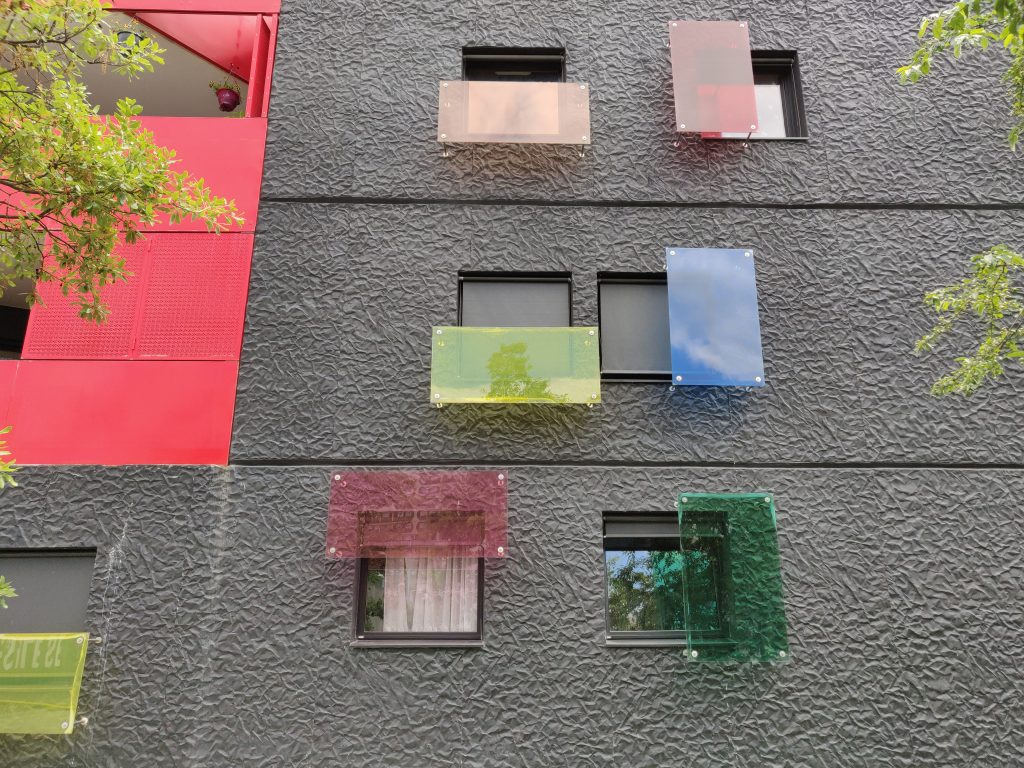 The Z6 Pro handles the texture-versus-noise trade-off well, making it a key strength for the device. Detail is especially well-preserved in indoor and outdoor images, where we recorded high acutance scores of over 80%. Detail preservation is also consistent across the image field, so you can expect the same level of detail in the corners and in the center, which isn’t always the case with smartphone images.

It’s not quite as strong for texture in low-light conditions, where a noticeable loss of fine detail is evident, but the Z6 Pro is a good performer for detail nonetheless. It manages visual noise well in all lighting conditions, too, with relatively clean areas of uniform color (such as the sky); and even in very low light, luminance noise is relatively low, with little sign of any problematic chromatic noise. 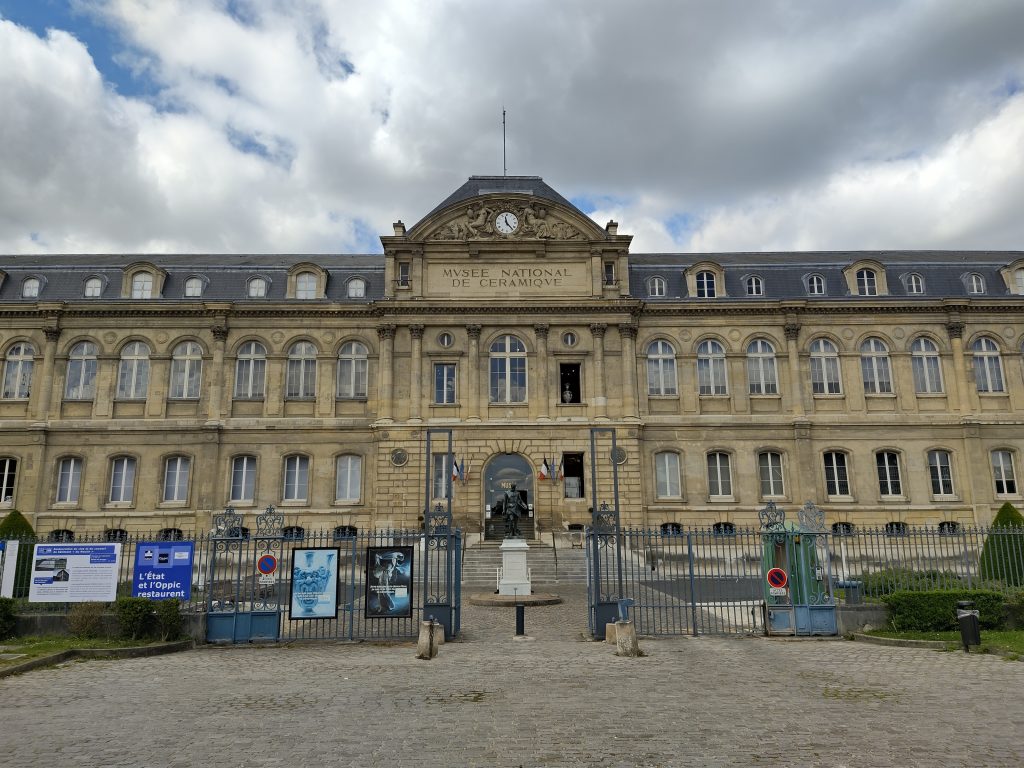 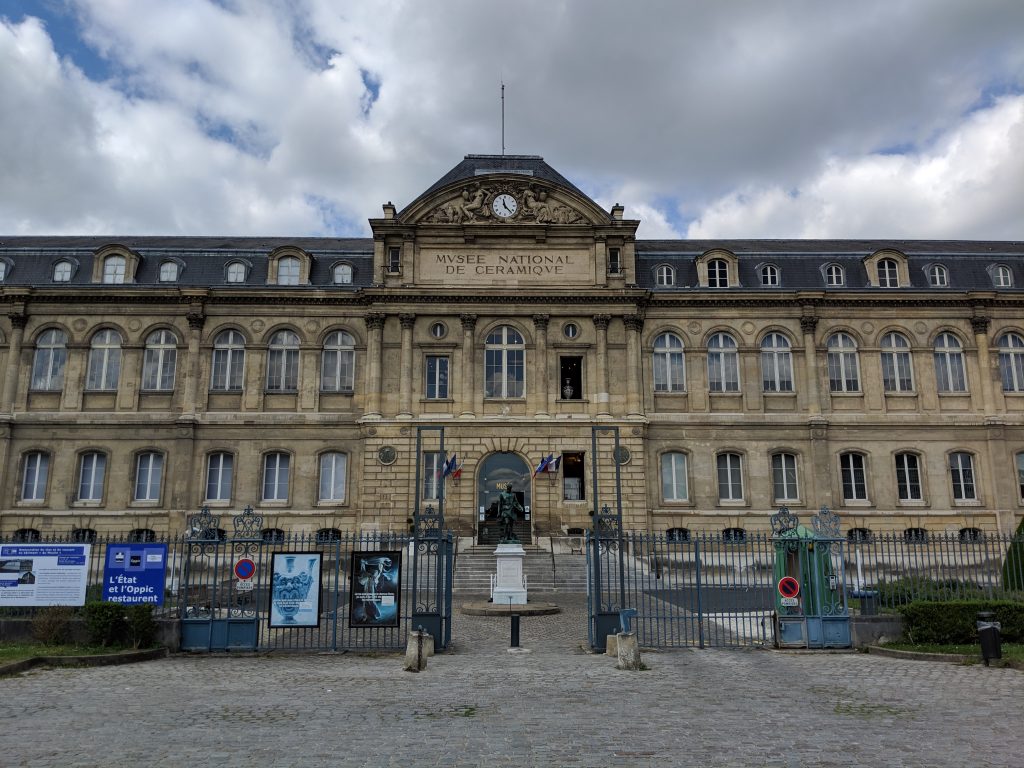 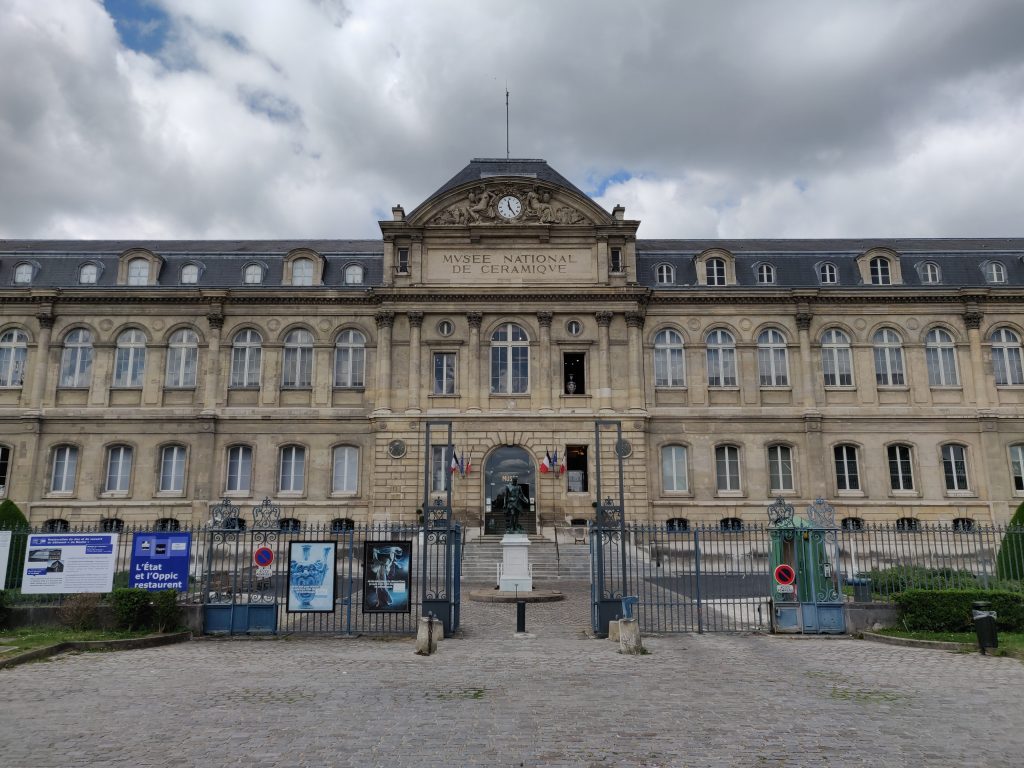 The addition of a tele-camera ensures good zoom results at close range (~2x magnification), with well-preserved details in outdoor shots and very acceptable results indoors, too. Fine details are lost in medium range (~4x magnification) and long range (~8x magnification) shots in all lighting conditions, but resolution remains acceptable. Noise is well-controlled in zoom shots generally, and although some minor ringing and fringing artifacts are visible under close inspection, they’re not too detrimental overall. 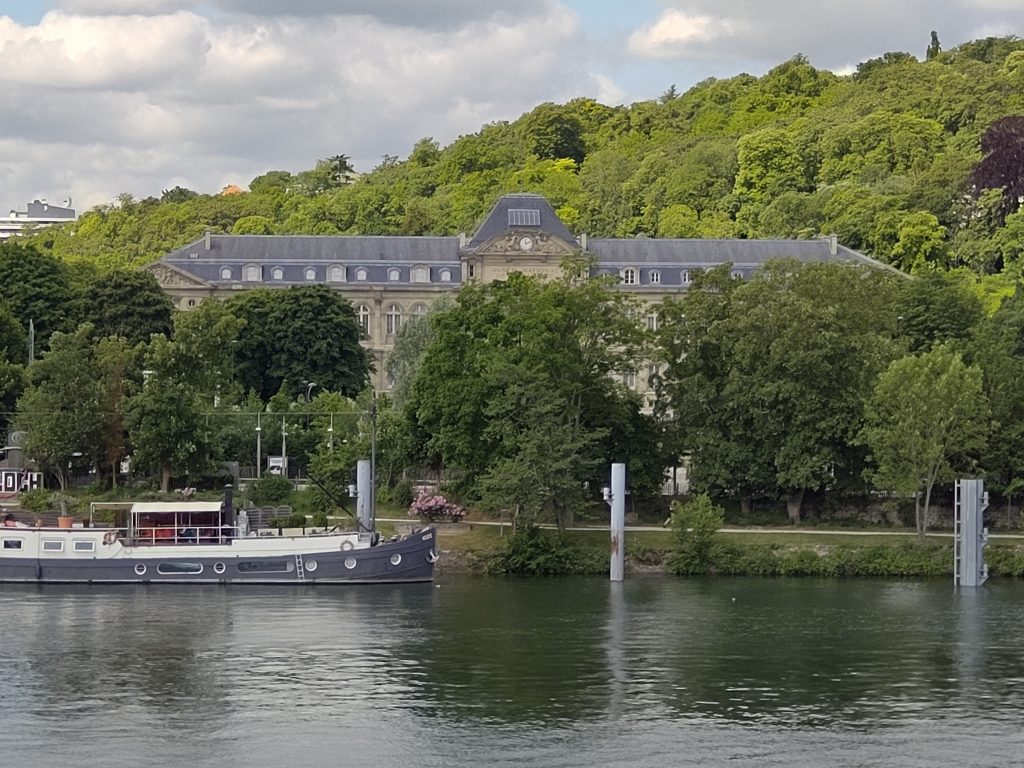 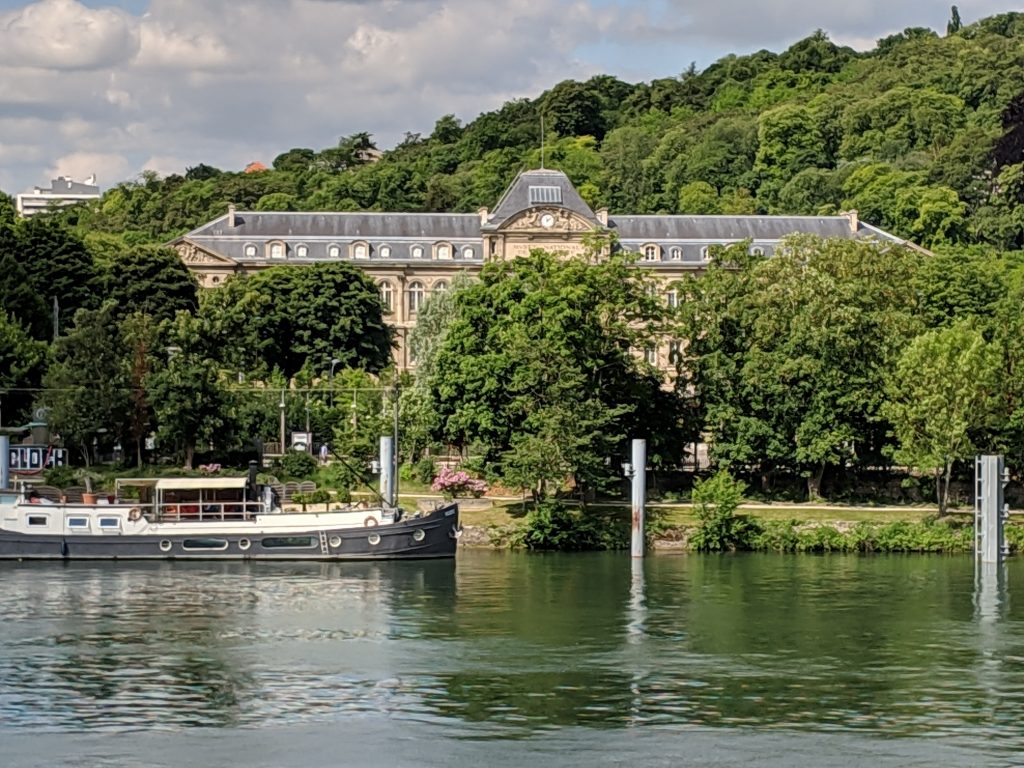 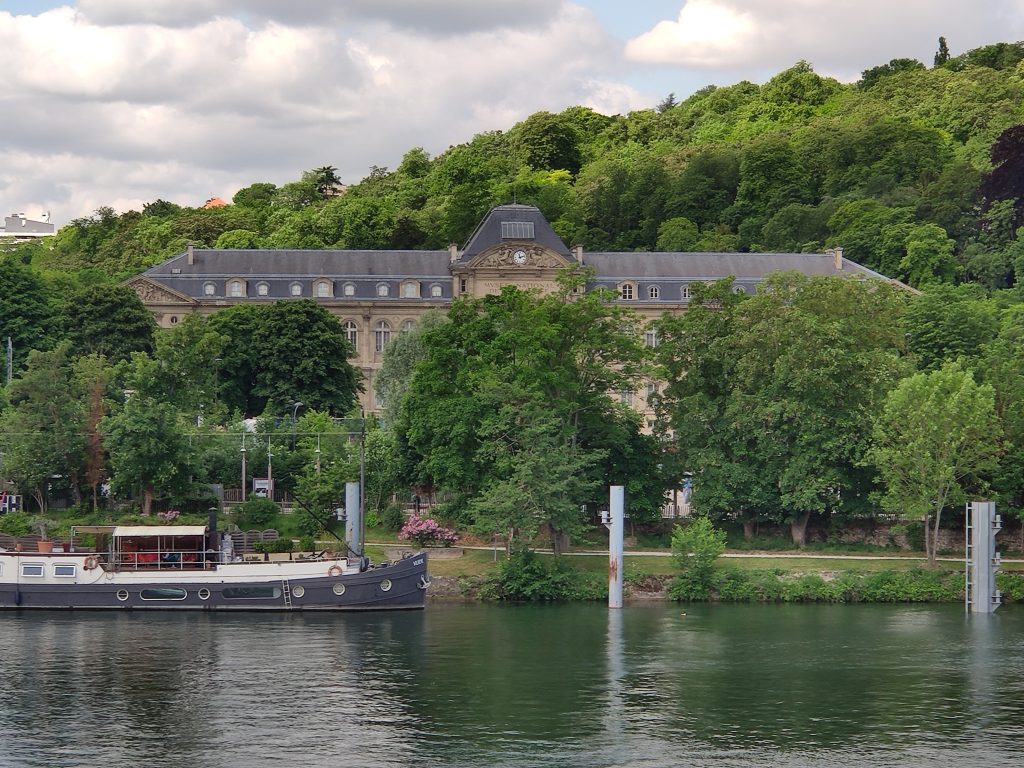 The Z6 Pro implements a fairly effective bokeh simulation for blurring backgrounds in Portrait mode. The depth-of-field effect is reasonably pleasant, and the bokeh spotlights show good contrast and a nice circular shape. That said, sometimes it renders bokeh spotlights when it should not, with results that appear unnatural, as though there are holes in the background (such as in the example below).

Repeatability is good, so the effect is consistently applied when requested and levels of noise are uniform across both the sharp and smoothed areas for a natural effect. Depth estimation could be slightly improved, as it doesn’t always handle complex areas well, such the glasses on the model in the example below. Edge artifacts are sometimes visible, too, and the blur gradient can be a little jarring. 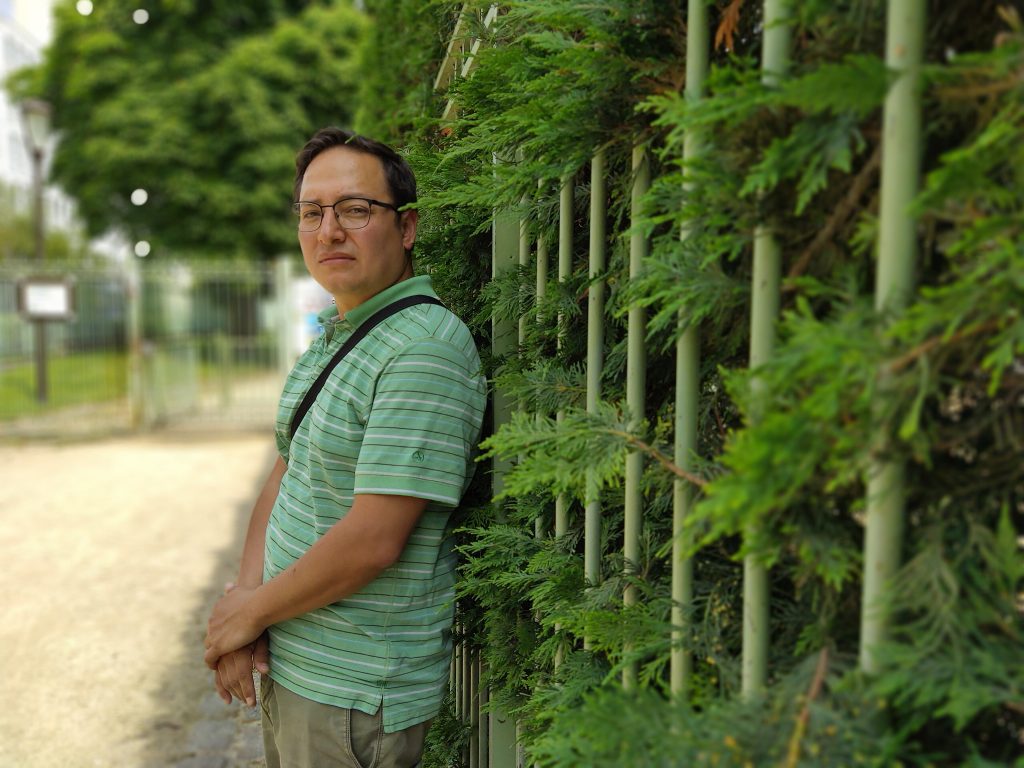 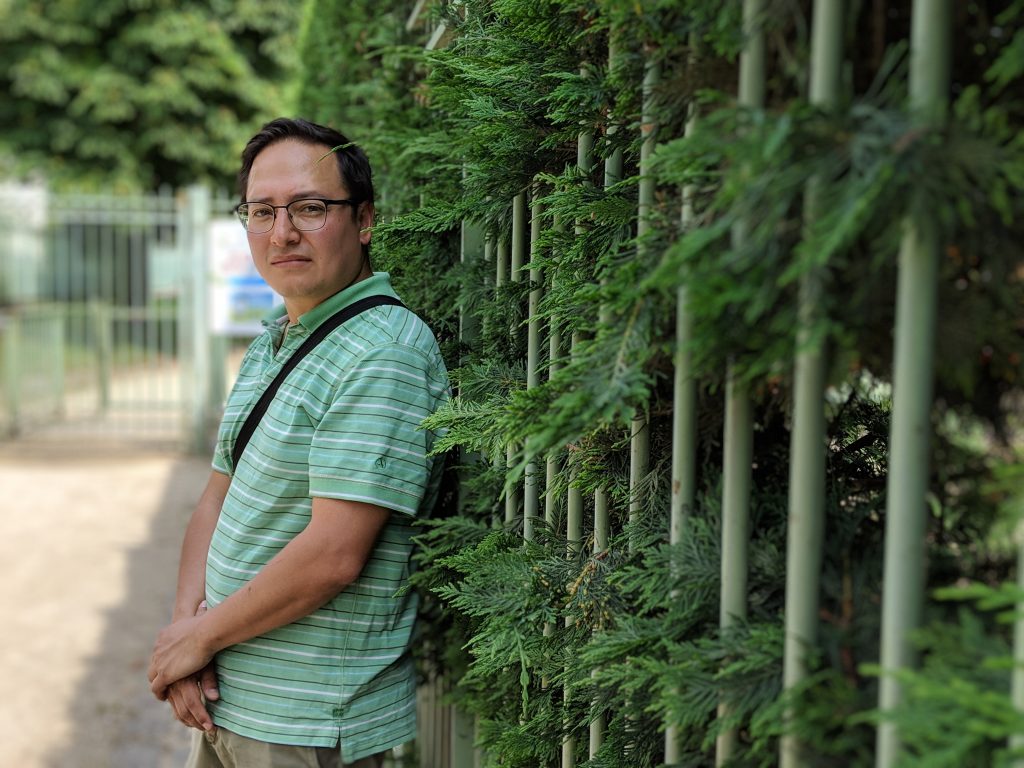 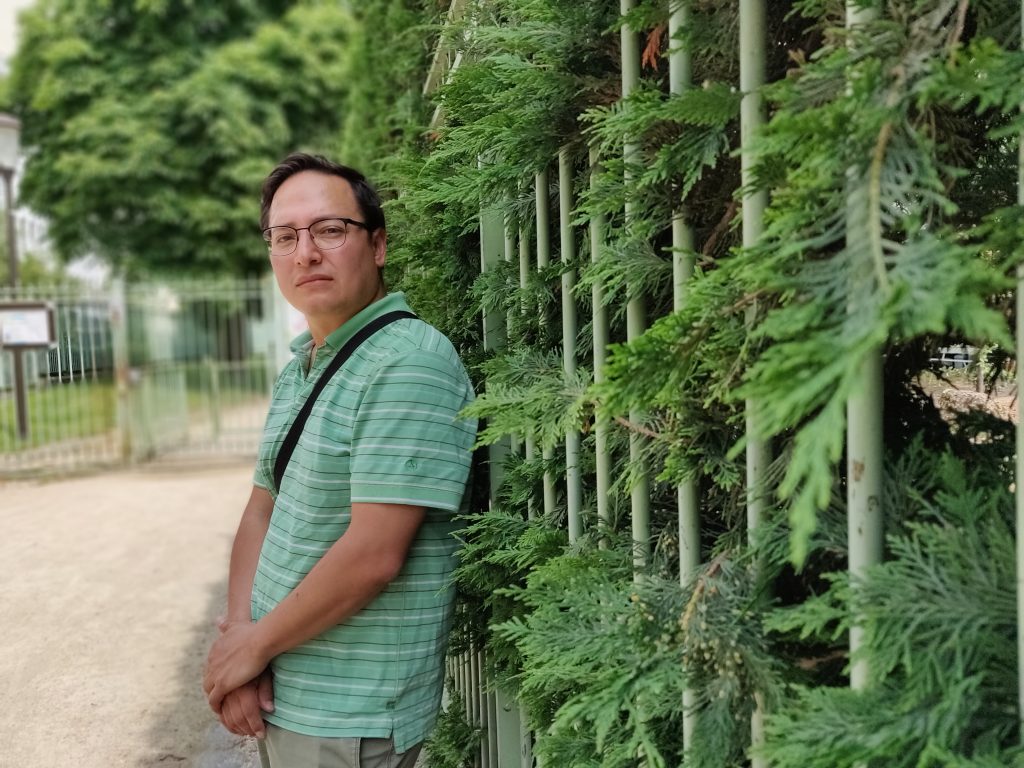 Shots using the Z6 Pro’s dual-LED flash display accurate target exposure on portraits, with well-controlled noise and good detail preservation, although a fairly slow exposure time can result in motion blur. Some corner shading is visible in both flash-only (0 lux) and mixed-lighting (5 lux) shots, resulting in slightly more noise in the corners and some minor color shading, but on the whole it’s well handled. The most problematic issue is a strong cyan color cast in flash shots mixed with tungsten lighting, which turns skin tones greenish and looks a little unpleasant. 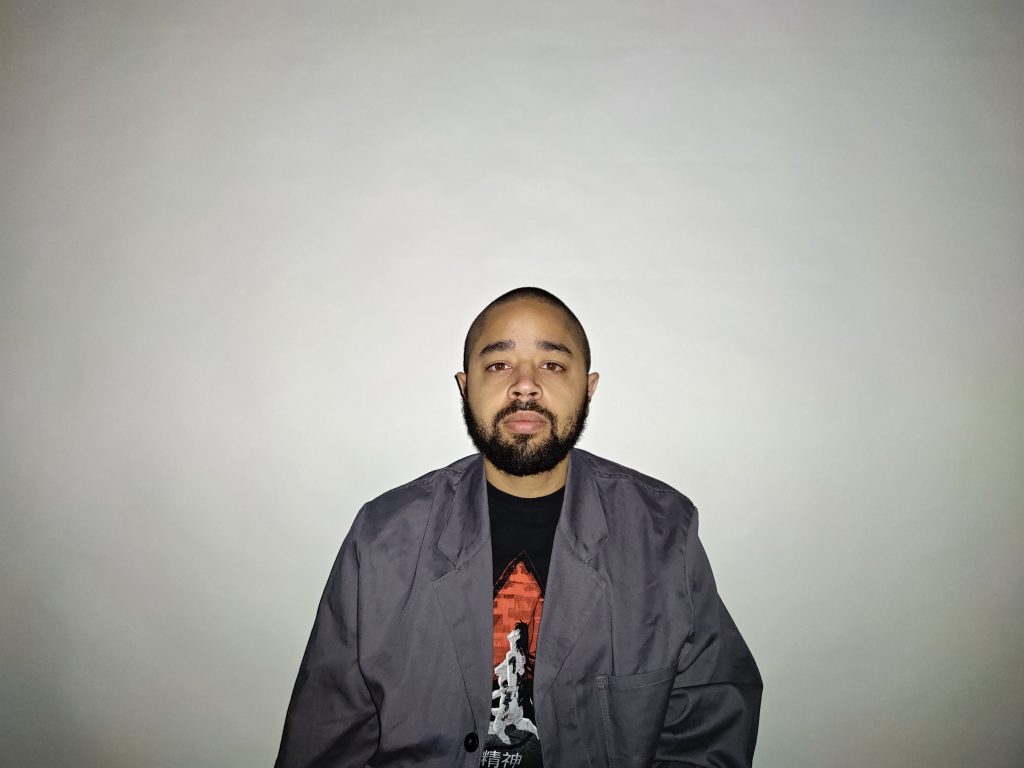 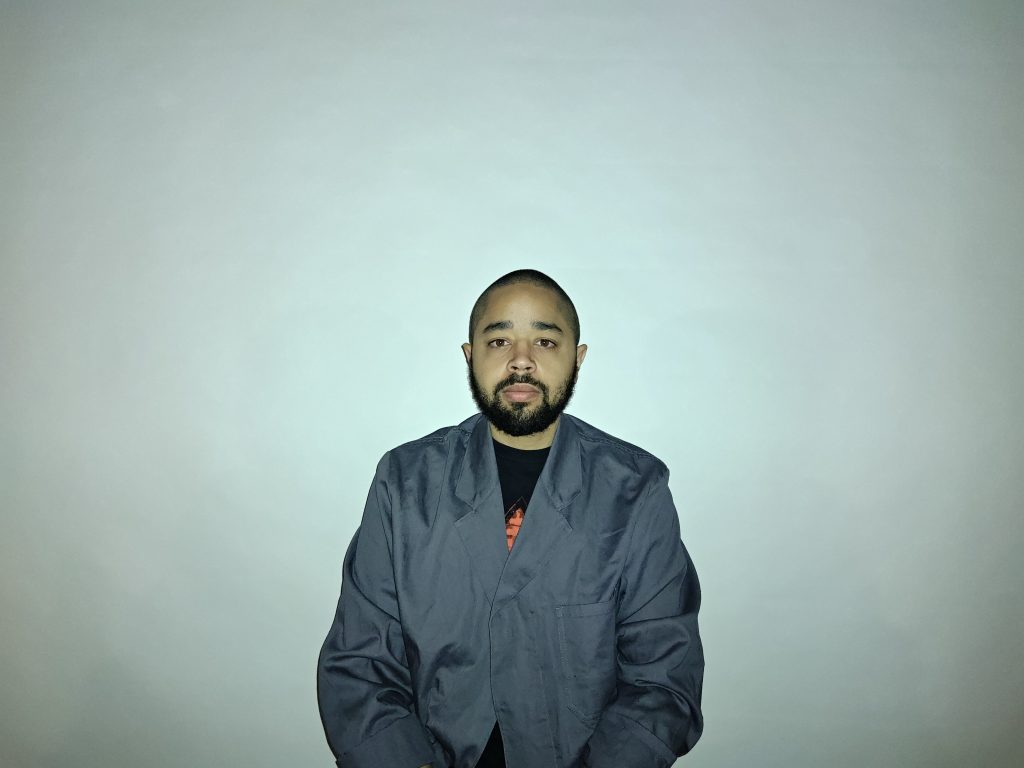 We deducted points for obvious artifacts, or image quality flaws. The most problematic issue is heavy ringing that appears as a halo or outline along contrast edges, and while it’s usually only really noticeable when viewing images at close quarters, heavy ringing can give images a fake or “photoshopped” feel. We applied some smaller penalties for some flare, distortion, cyan shift, moiré, and ghosting, but these issues occurred either less frequently or had less of an overall impact on image quality. 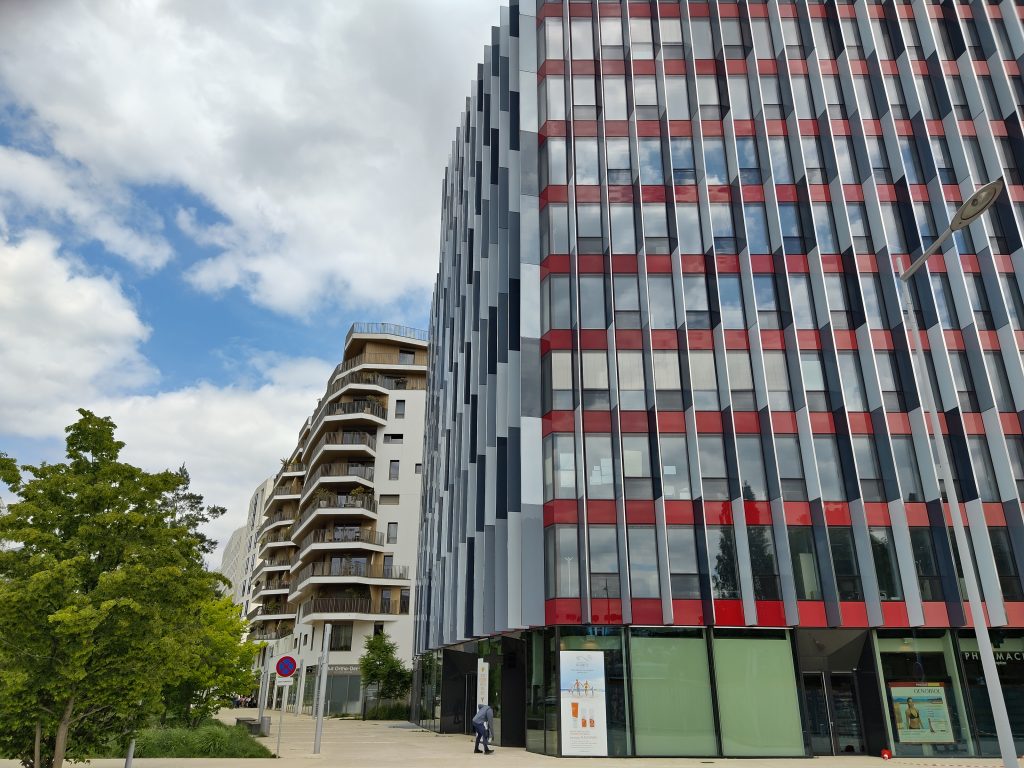 A good score for autofocus, with the Z6 Pro’s PDAF system ensuring fast and accurate results in all our benchmark tests, and consistently delivering in-focus shots during our natural test scene analysis. Shooting consecutive images in the lab, defocusing the device between shots and then waiting either a short (500ms) or long (2000 ms) delay before requesting focus, the Z6 Pro consistently snapped into focus in super-quick time. All the shots were in focus, too—but this said, the device tends to over-sharpen a little (as indicated by acutance scores over 100%), which can look a little unnatural, particularly in low-light images. 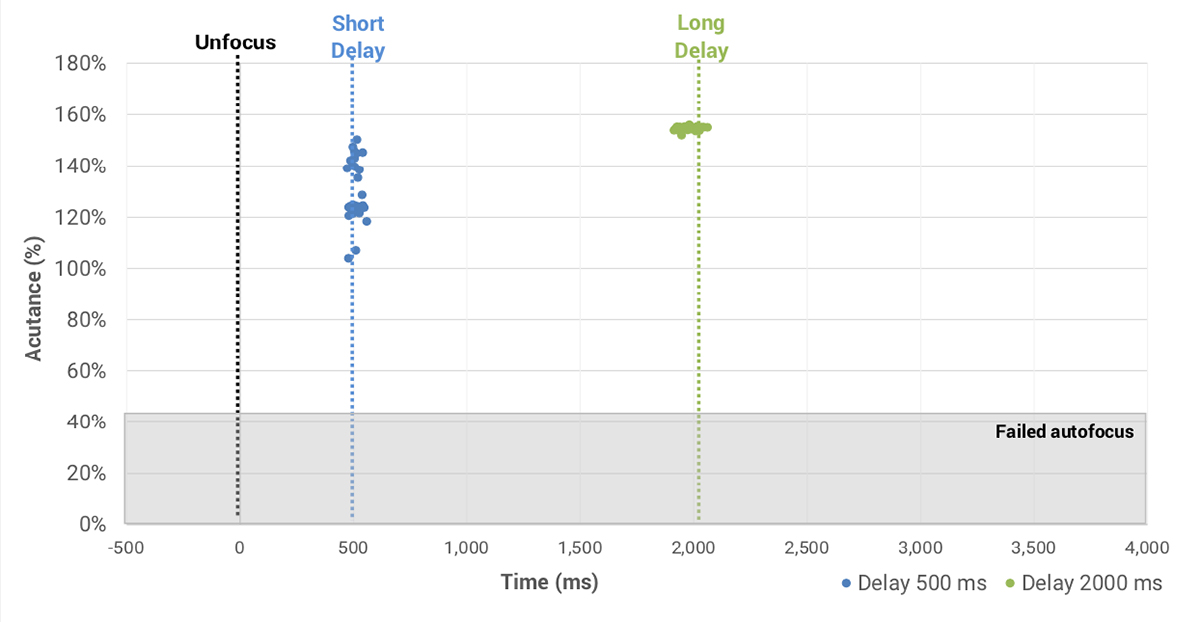 The Lenovo Z6 Pro is noticeably weaker in video performance, so it isn’t ideal for multimedia content creators after both high-quality stills and movies. Video exposure on the whole is acceptable, and particularly in well-balanced, uniformly-lit conditions, target exposures are pretty good, except in extreme low-light conditions. Dynamic range is limited in most lighting conditions, though, and both highlight and shadow clipping occur, especially in bright or high-contrast scenes. Exposure can be a little unstable in natural test scenes, too, where minor changes to the camera position or in lighting conditions cause fluctuations in exposure.

Another relative strength for the Z6 Pro’s video is detail preservation, with good texture evident in movies shot under indoor (100 lux) to outdoor (1000 lux) lighting conditions. Edge detail is particularly well-preserved, even in low light; and although texture scores drop off somewhat as the lighting is reduced, they remain acceptable, although a build-up of coarse spatial noise is fairly prominent in the shadow areas in low-light videos.

The most problematic issue for video is stabilization, however, with the Z6 Pro’s Gyro-EIS system seemingly ineffective in all conditions. Significant wobbles and judders are visible, even in static handheld videos. Autofocus is fast in most conditions, but it’s very unstable, with poor tracking that results in constant refocusing and overshoots that can be quite distracting on playback.

Boasting the latest Snapdragon 855 chipset, a premium design, with a large 6.39-inch AMOLED screen and four (arguably five) cameras, the Z6 Pro has all the hallmarks of a top-end flagship at a very competitive price. The camera performance is noticeably better for stills than for video, and while it doesn’t quite challenge the best flagship devices we’ve tested, it puts in an admirable performance across the board, with decent exposures, acceptable color, and good flash, zoom, and bokeh shots. The Z6 Pro’s overall score was dragged down by its weaker video capabilities, however, which are dogged by ineffective stabilization and unstable autofocus. So if it’s an all-rounder that you desire, there are better options, but for the classic stills photographer, the Lenovo Z6 Pro has plenty to offer.