Has a strong graphics card been bought by other plows? That’s not a problem at all for many Chinese crypto plows, as they have turned to new things to make ends meet: laptops equipped with RTX 30 series GPUs, which were introduced by Nvidia in early 2021 at the recent CES event. The systems sometimes consist of up to 40 laptops from a Chinese brand called Hasee, equipped with RTX 3070 Mobility GPUs that have been photographed and posted on social media like Weibo or Twitter. All are just for the purpose of getting rich, working day and night to collect ETH which is increasing in price. 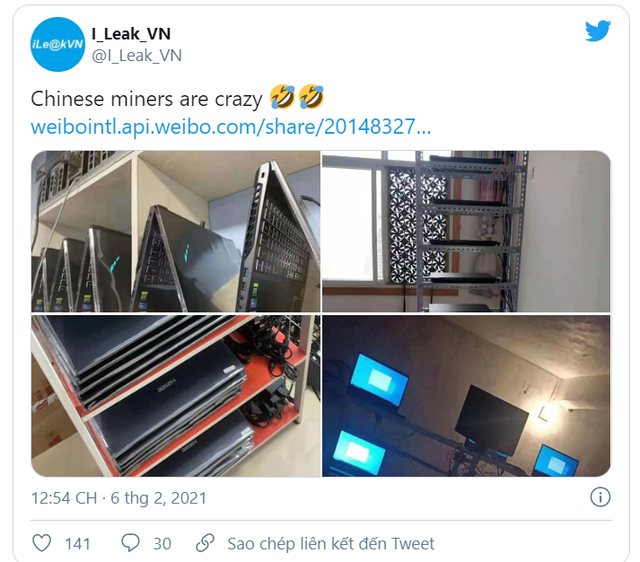 According to Nvidia, the solution to buy a laptop to plow coin will cost the plow at least $ 600 for each laptop because of redundant components (for plows) inside each machine with a starting price of 999. USD for a laptop equipped with RTX 3060, very wasteful. However, the RTX 30 series GPUs on laptops that have TGP (Total Graphics Power or Total Board Power) reduced, leading to lower power consumption costs but increased mining speed.

Laptops originally created for gaming are open around the clock to mine ETH, and in particular there is a picture of the plows installing a system of 32 120mm radiator fans to suck hot air out of the room. 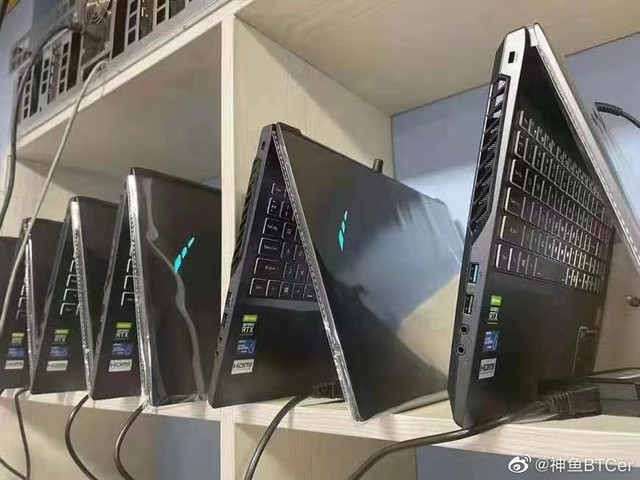 To demonstrate the feasibility of mining cryptocurrency with a laptop, a content creator on Bilibili has uploaded a test clip of ETH mining in Starbucks, using a laptop equipped with RTX 3060, two hours of temple installation. The electricity of the cafe has been digging 0.00053009 ETH. Another source analyzed this number and pointed out that mining with a pool of 20 laptops with RTX 3060 will earn $ 74,356 per year. The calculation looks like this: 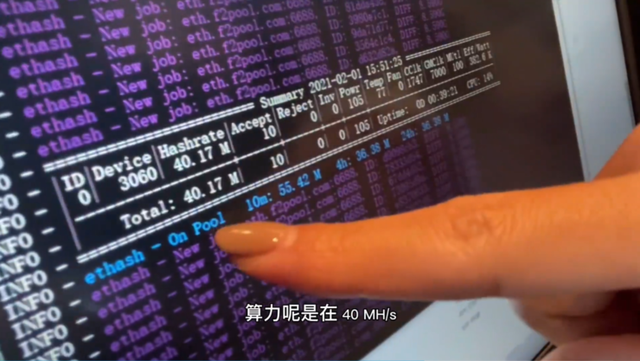 Using 20 Hasee laptops with RTX 3060, at the current ETH rate, the plows will collect the equivalent amount of ETH:

Subtracting the electricity bill, the plows will earn $ 74,356 in interest each year. ROI 30.8% per month, only need to plow three and a half months to payback. This ROI figure is 2.9 times higher than a system of 78 RTX 3080 cards.

Looking at these numbers, it is true only for gamers who want to own graphics cards or laptops equipped with new GPUs.