Knowledge 丨 Reebok was abandoned once a century, the largest acquisition in sports brand history failed


Adidas still broke up with Reebok.

On February 16, 2021 local European time, Adidas announced that it has completed the “Reebok Strategic Choice Assessment”-as part of the new five-year strategy, the brand has decided to officially start the process of spinning off Reebok, and Reebok’s business will start from 2021. The suspension began in the first quarter of the year.

Adidas CEO Casper said in an interview with the Guardian, “After careful consideration, we believe that Reebok and Adidas will be able to better realize their respective growth potentials independently of each other. In the next few months, we will work hard. Work to ensure the success of the Reebok brand and the team behind it.”

Back in 2016, Reebok’s fatigue development has already begun to take shape. Since Adidas’ chief executive officer Luersde took office, although the decision to sell Reebok has been kept silent, Adidas still closed some of its poor performance. Reebok store.

According to news from Caijing.com, Reebok’s global stores have been closed since March last year, which also caused Reebok’s sales to fall by 20% in the first nine months of 2020, and revenue in the second quarter fell by 42.3%, a slightly higher decline. It is the core brand of Adidas. In addition, the founder of its cooperative brand CrossFit was boycotted by the United States for publishing racist remarks, and the Reebok brand image was in crisis.

In 2020, German media reported that Adidas is considering selling Reebok.

Reebok’s history can be traced back to a pair of running shoes made by its founder, Joseph Foster, which is also the world’s first pair of spiked shoes. The birth of spikes caused a great sensation at the time. At the end of the 20th century, Reebok began to be worn by athletes from many countries on the track, even the Olympic stadium.

If the first pair of nail shoes brought Reebok to the eyes of consumers, based on the popularity of aerobic exercises in 1982, Reebok took advantage of the trend to launch the first sports shoes specifically designed for women-Freestyle, then Reebok Pushed on the development acceleration zone. This sneaker immediately became the best-selling sneaker product at the time.

Subsequently, Reebok, which developed Pump technology, once again ushered in the brand’s highlight moment. By installing airbags on the upper and tongue, it can realize the control of the wrapping of the sneakers during the process of inflation and deflation. When Dee Brown, who was only 1.85 meters tall, wore Pump technical basketball shoes and defeated Nike’s ace spokesperson Michael Jordan in the NBA All-Star Slam Dunk Contest, Reebok became famous in 1991. Achieved annual sales of 2.7 billion US dollars. 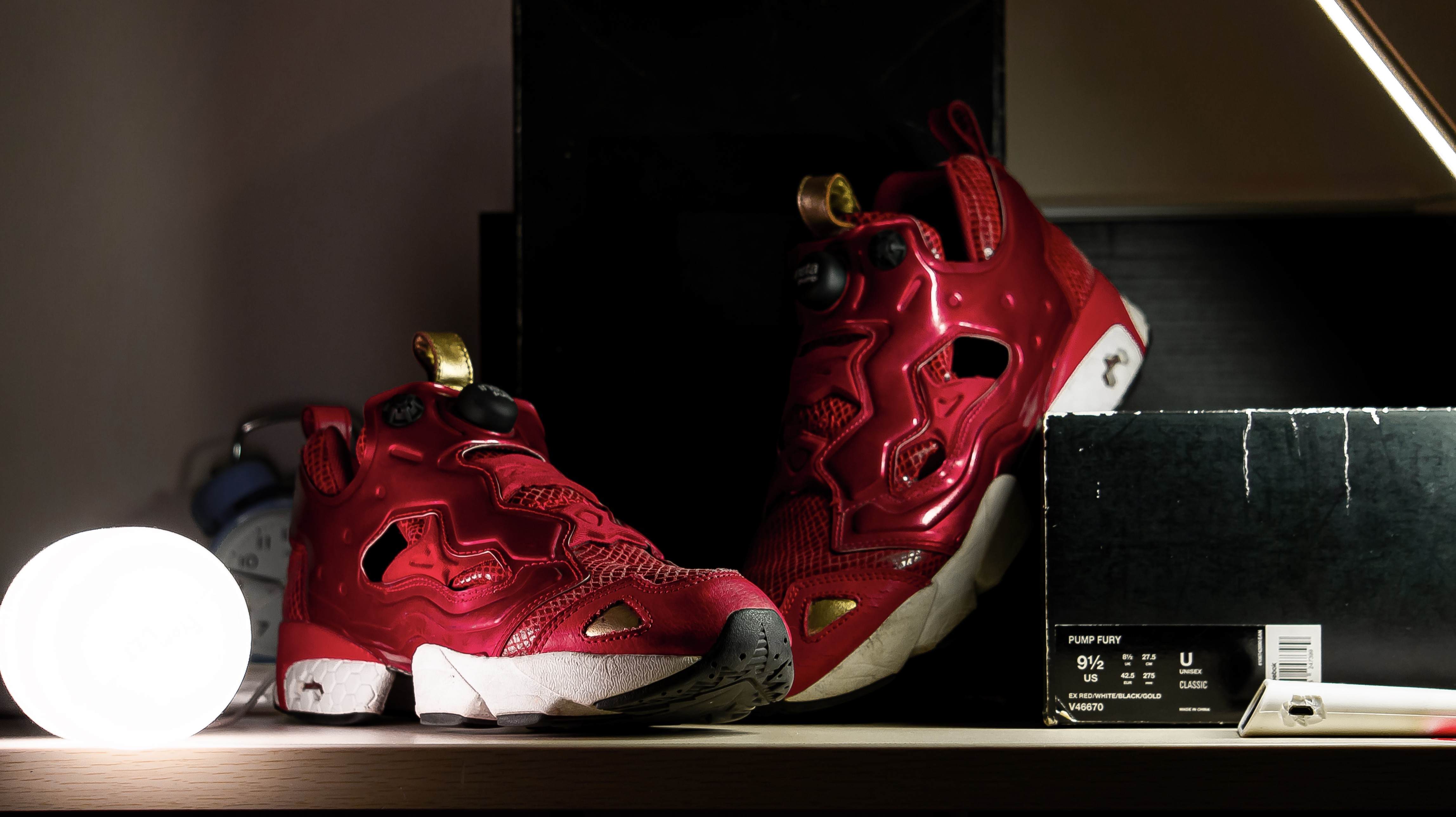 In 2001, Reebok reached a partnership with the NBA to become the exclusive manufacturer of NBA sportswear, and has since won the NFL League clothing sponsorship. Reebok, which holds the two largest sports league cooperation contracts in the United States, was acquired by Adidas in 2006 for $3.8 billion. This transaction is called “the largest acquisition in the history of sports brands.”

The acquisition of Reebok has brought great short-term benefits to the Adidas Group. In 2006, Adidas’ revenue increased by 52% compared to 2005. According to INSIDE BUSSINESS, in 2007, the second year after Adidas acquired Reebok, Reebok’s sales accounted for about a quarter of Adidas’ total retail sales, which was approximately US$2 billion.

In addition to the increase in turnover, Reebok also transferred the NBA sponsorship rights to Adidas. This series of measures was nothing less than icing on the cake for Adidas, which was trying hard to curb Nike’s development.

However, the promising acquisition behavior at the time did not bring Adidas the imaginary great success in the later period, and the relationship between Adidas and Reebok also entered a cooling-off period.

For Reebok, it seems that this highly anticipated acquisition is just a wedding dress for Adidas. After 2006, Reebok fell into a long period of confusion. How to maintain market positioning, how to find new development focus, how to maintain their independence, these problems have become puzzles for the development of Reebok’s management team.

However, the body-sculpting advertising dispute in 2009 and the turmoil of advertising slogans in 2012 made Reebok, which was in a difficult development situation, worsened.

In 2015, Adidas gave up its future cooperation with the NBA. In football, the NFL renewed its contract with Nike. Reebok’s situation is even more difficult. For the quarter ended September 2020, Reebok accounted for only 6.7% of Adidas’ net sales. In this context, Reebok seems to have become a “big burden” in the hands of Adidas, and rumors that Adidas is about to sell Reebok have also flowed out.

Under the background that the 2020 epidemic is temporarily difficult to contain, the entire sports industry will be hit by a huge impact, and Reebok will naturally not be immune. After the news of “Adi intends to sell Reebok”, where Reebok will go in the future has become the focus of attention.

According to an INSIDE BUSSINESS report, in 2017, Lersted also defended the decision of the parent company Adidas not to sell the brand. “We will not sell Reebok because we are still very confident in the strategic position of the brand. We believe that the measures we are taking will be successful.”

In fact, Adidas’s own development has also been mediocre in recent years. Adidas’ financial report shows that in the first half of 2020, due to the impact of the epidemic, the company’s overall turnover fell by 26% to 8.332 billion euros, and its gross profit margin was down 3.4% from 2019. Among them, the company’s revenue decreased by 34% in the second quarter, exceeding 3.579 billion euros. In the first half of the year, Adidas and Reebok’s brand revenues both showed a downward trend, decreasing by 26% and 27% respectively. The market value of the brand is currently at 35.154 billion US dollars.

In the competing product camp, Nike’s stock price rose by more than 27.2% last year, and its current market value is $228.7 billion, which is nearly 7 times that of Adidas. It is reported that among the rising stars, lululemon surpassed Adidas in February last year. The former has a current market value of US$42.232 billion. As lululemon’s development strategy has been extended beyond yoga clothing, it may directly compete with Nike and Adidas in the future.

Seeking change-it is imminent to reverse the decline

Whether it is for Adidas or Reebok, it is imminent to reverse the decline.

In order to reverse the slight loss, Reebok adopted a marketing strategy of launching joint products. In 2020, we will launch joint sneakers in cooperation with IP such as Cat and Mouse, Ultraman Mobile, Minions, Assassin’s Creed. In 2021, Reebok teamed up with Hot Ones, a well-known variety show called Hot Ones, to create a new Question Mid joint name.

In terms of brand image, Reebok invited “Wonder Woman” actor Gail Gadot and model Gigi Hadid as its image ambassadors to increase the brand’s popularity among female consumers. Not only that, Reebok also cooperated with YouTube KOL to recommend products, with the intention of re-attracting the attention of the younger generation. 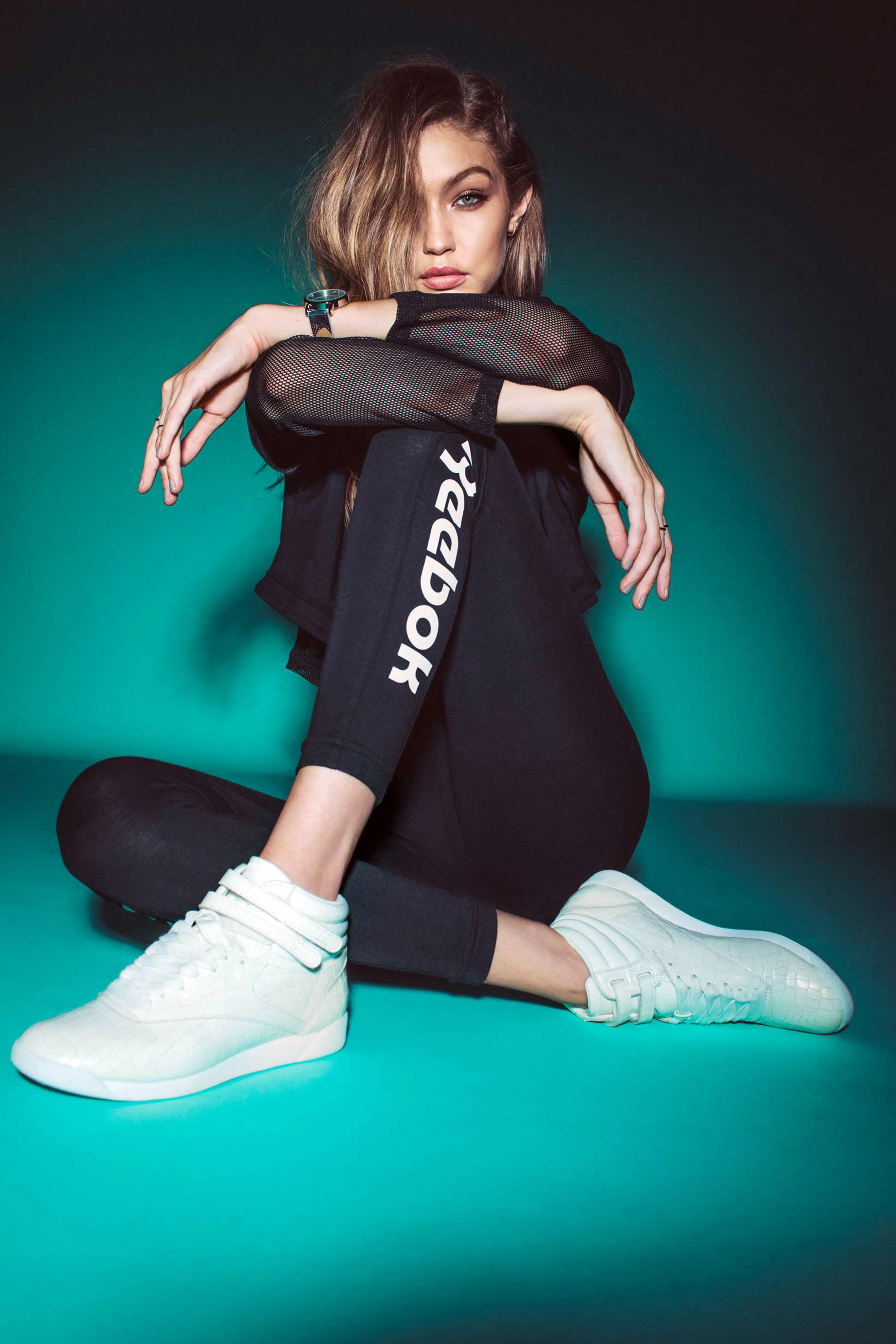 These attempts are undoubtedly effective. Reebok lost more than 150 million euros in 2016 but returned to profitability in 2018. However, under the impact of the epidemic, the Reebok brand’s recovery plan was suspended. If it is said that the joint name may increase its popularity in a short period of time, for the future development of the brand, the joint name is not a long-term solution.

Take Puma, which has come out of a trough in recent years, as an example. Puma, which once faced problems such as insufficient product innovation, increased competition, and declining profits, is just as difficult as Adidas now.

In order to get rid of the predicament, Puma has formulated a new brand mission “PUMA WILL BE THE FASTEST SPORTS BRAND IN THE WORLD”, proposed to create brand popularity, improve product engines, improve channel efficiency, streamline personnel arrangements, and create a competitive supply chain, etc. Development Strategy.

In addition, Puma also emphasizes the brand value of providing women with multiple scenarios, returning to the North American basketball market, focusing on brand localization and other strategies.

Adam Petrick, Puma’s global brand director, said in an interview, “In 15 years, we have changed from a sports brand to a cultural fashion brand-and then we tried to combine the two.” Under the guidance, in 2013, Puma carried out in-depth brand changes from the three dimensions of “sports star + entertainment star dual matrix”, “designer joint name”, and “street pop culture penetration”.

And in 2014, Puma, which was in the transitional period of brand strategy and image reshaping, chose Rihanna as the creative director of the brand. This cooperation was undoubtedly a success. Fenty by Puma quickly became a must-have for fashion enthusiasts. Sales data all the way Soaring. The popularity of the PUMA brand rebounded sharply, becoming the most discussed sports brand among young people at that time.

The road to Puma’s revival is of reference significance for Adidas and Reebok.

But compared to reAdjusting its brand strategy, Adidas seems to be focusing on seizing market share in Greater China. According to Lanxiong Sports News, at the end of 2020, Adidas Group Asia Pacific Managing Director Gao Jiali resigned.

Affected by the epidemic, the performance of international sports brands is average, and China is undoubtedly a good medicine for international brands to increase revenue. Adidas’s financial report showed that sales in the Chinese market in the second quarter were flat year-on-year, and double-digit growth was achieved in May and June. Operating profit is expected to rebound in the third quarter, an increase of about 1 billion euros from the second quarter.

It is understood that a banking industry source told Reuters on Tuesday that the value of the brand may be around US$1.2 billion, which means that Adidas may lose more than US$2 billion in the sale. At present, Adidas has not yet made an estimate of Reebok’s price. Reuters has speculated that Reebok’s value is about $1 billion. The specific details of the divestiture process will be announced on March 10, 2021.

The spin-off of Reebok is a new beginning for Adidas and the end of a legendary sports business history.