I watch a lot of anime, as you may have noticed.  At this point I’ve seen most everything, and versions of it done well and done badly.  I can tell the mass-produced models from the truly original, and I can spot quality when I see it (all within the bounds of subjective tastes of course).  And I can tell you, Kai Byoui Ramune is something special.  It has phenomenal imagination and a respect for imagination.  It has heart and ruthlessness, wit and sentiment.  None of that means it will be successful commercially, but in the end that doesn’t have any impact on its intrinsic value. 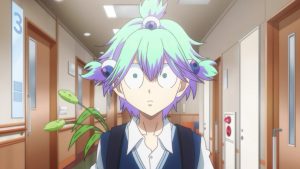 I mentioned Dansai Bruni no Crime Edge way back in my premiere post, and this episode really brought that series back to mind for me.  They share an unapologetic embrace for surrealism to be sure.  But they’re also falling mostly on deaf ears, this series like that one likely finding an audience largely uninterested in buying what they’re selling.  It’s a shame, because both are great in different ways.  And this episode of Dr. Ramune may well have been the best anime episode of the season (I say that knowing full well that this has been a pretty decent season, too). 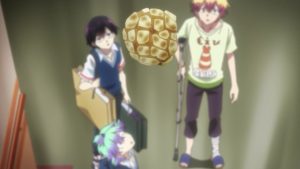 This series is subtle, skilled, and genuinely deep.  The way it uses episodic storylines to stealthily develop the main cast is hardly unique, but rarely is it done so well.  And those episodic stories are hardly junk food either – they each have a point to make, and are both thematically consistent and individually distinct.  I get the sense, though, that “Popcorn Head” is one that’s especially close to the heart of the mangaka, Aho Toro.  It’s especially close to mine, and I think it would be to anyone who’s a creative person (or just cares about letting children be who they were born to be). 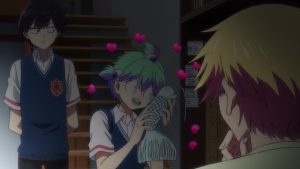 Another thing I appreciate is that Kai Byoui Ramune consistently gets really good seiyuu for these guest roles.  This week it’s Murase Ayumu as Aona Shun, Kuro’s classmate, and Koyama Rikiya as his father.  Shun as the patient allows the series to delve into Kuro’s character a little more, and his most telling moment was declaring to Sensei that he not only has no friends, but “doesn’t go to school to make friends”.  As we started to really see with the “Potsticker Ears” arc, Ramune-sensei is actually quite a caring and responsible person in his way.  And it’s clear he feels a strong parental bond with Kuro (who definitively does have parents of his own). 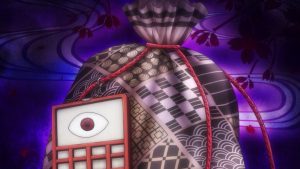 Shun is, in a word, a heartbreaking character.  He’s a simple and childlike person, but a creative genius.  It’s obvious he wouldn’t hurt a fly, and he has the gift of envisioning something fun and funny and beautiful in everything he sees – something the episode illustrates beautifully.  He may not be “normal” but he’s clearly happy, and his gifts are recognized by those around him.  But his father – superficially a loving parent – is using his wife’s illness as a weapon to try and re-make his son into someone more like him.  It’s truly despicable, but sadly not at all uncommon in concept (perhaps even more so in Japan than most places). 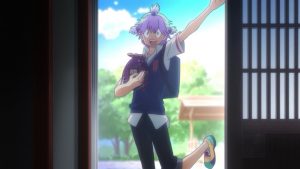 The symbolism of the popcorn is, as usual with Sensei’s patients, not exactly subtle.  But that’s the point – these illnesses are the morals of folk tales, and they’re supposed to be easy to grasp.  But the underlying sentiment here is both subtle and deep.  Creativity is one of the most precious gifts humans can be blessed with, and so is kindness.  Shun has both in droves, and left to his devices will love his parents and be a happy kid, doing what he’s good at and seeing the world with never-ending wonder.  Not all children are as special as Shun, but they do tend to have an openness and sense of possibility that adults lack – and I often think adults try and symbolically (and not always just symbolically) beat it out of them out of a sense of resentment over that. 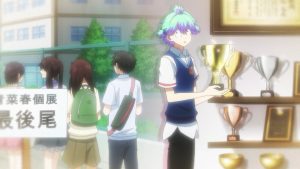 The contrast between Ramune-sensei and Aona-san could hardly be more stark.  Sensei tries to push Kuro to be more open and expressive, and he embraces the childlike elements of his own personality.  And Kuro is, despite his exterior, a kind and compassionate boy (as Sensei notes).  Kuro almost walks by Shun at the riverside, clearly in a troubled place, but he stops – because of Sensei’s lessons, and because of his own innate empathy.  This whole scene, as it plays out in Shun’s wondrous imagination, is brilliant and emotionally quite profound.  I especially love the way Ramune-sensei balances the necessities of being the adult in this situation with his knowledge of what’s right and wrong, and his understanding of Shun’s pain. 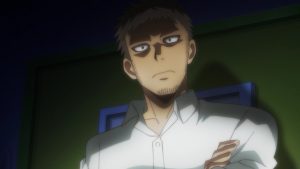 Kuro-kun’s response when Shun-kun asks if there’s anything he wants to be when he grows up – “sort of” – is interesting, though left to us to decipher for the moment.  There’s so much happening here, but what really strikes me is how Shun has been transformed from someone possessed of utter certainty about who he is to someone wracked by pain and doubt, all because of a controlling parent (and it’s a refreshing change to see it be the father instead of the mother for once).  This is what growing up is far too often, but it doesn’t have to be that way – and this episode makes an eloquent and powerful statement to that effect.