The worst man in the history of monks

This work was aired in a so-called monk frame.
Directed by Rei Ishikura, produced by studio HōKIBOSHI 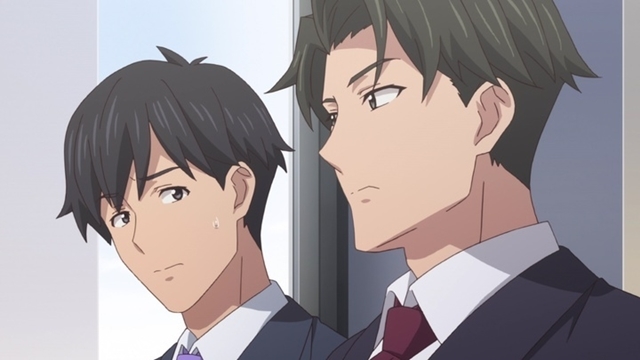 The beginning of the story begins with a ridiculous line

“Do you think Yukuhashi is a virgin?”

The only works that start with such a ridiculous line are monks.
As the title suggests, the heroine of this work is a “plain” girl.
It has unkempt hair and is unobtrusive and does not actively engage with people.

To ask if such a heroine really has no male experience
The boss orders his subordinates to invite her to drink. I don’t understand the meaning (laughs)
It’s familiar that you shouldn’t expect a decent development in the monk frame,

In a world where gender equality is being called for, if there is a company with such a boss
The company is so terrible that it seems to be a big problem right away.

1 minute after the start … 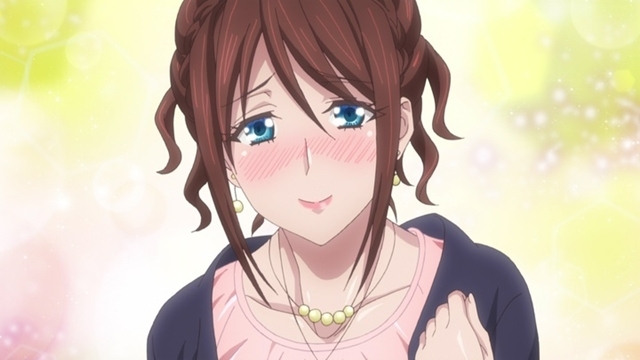 As you can imagine from the title, a sober girl actually takes off her glasses
It is a work that turns into a beautiful woman when fashionable.
If you show the transformed heroine after showing more of the “plain” part
The gap leads to the charm of this work itself,
This work doesn’t do that.

The heroine is transformed in less than a minute after the start (laughs)
Rather, there are fewer sober scenes.
Although the heroine who is invited by a colleague to “dress up” with a slapstick is cute,
Then, why don’t you usually dress up?

At the company, it is sober and there are few conversations.
However, he is fashionable to stab a date and makes conversations normal.
Is there any special reason for your appearance at the company? I guess.

The person she falls in love with is terrible.
If she asks why she invited me to drink, she will answer honestly.
I think I should wrap it in a slightly dark wafer.
She couldn’t get angry because she was invited for that reason, and she tried to go home.

“I didn’t think she was such a beautiful girl!”

The heroine flutters at his line that emphasizes the appearance of ignoring internal cancer.
It develops into a physical relationship (laughs)
For the time being, it is the promise of the monk frame to check the compatibility of the body. 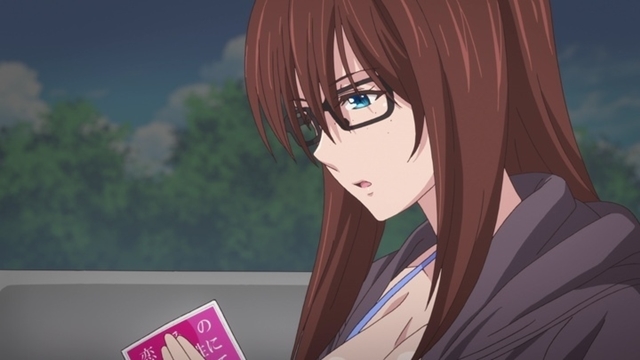 The heroine will accept anything anymore.
If he attacks, I will gladly accept it,
On the contrary, if you don’t attack, you will be depressed.

Although the heroine itself is cute,
What is good about such a man as a heroine? The question simply comes to mind.
Because I have few friends with men and I have no experience with men
Is it just easy to be swept away and deceived? I would think.

“Mr. Sekiguchi is 100 times better if you go out with him anyway.”

Even if I hear his worst lines,
She never loses her love affair with him.
I’m sticking because I’m the “first man”, otherwise she
I can’t see why I fell in love with him.

When the heroine confesses, he also has a romantic feeling for some reason

“Because it’s more important than it looks”

He says, but I want him to remember his line in episode 1.
This is what the mouth says.
Because she’s sober, she’s actually a beautiful woman, and she’s giving her a favor with her huge breasts.
He just had a romantic feeling, and 50% chose it because of his appearance and 40% because of his sexual desire. 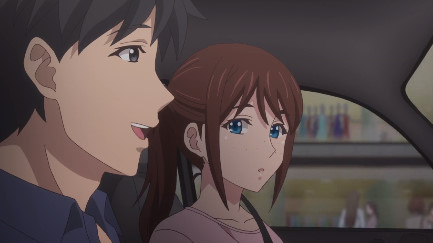 In the middle of the game, the reason why she is sober is revealed.
She’s not good at fashion, she doesn’t wear clothes and hairstyles for her first date
It was all done by the shop staff.

Not (laughs)
That the heroine himself stimulated his libido “because it looks”
I’m aware of it, and I’m worried about the gap between myself and that appearance.
He accepts even a plain look.

However, in his case, he may be a “beautiful” heroine or a “plain” heroine.
Even though she can enjoy it without getting bored because it changes in various appearances
Are you thinking? I think so. 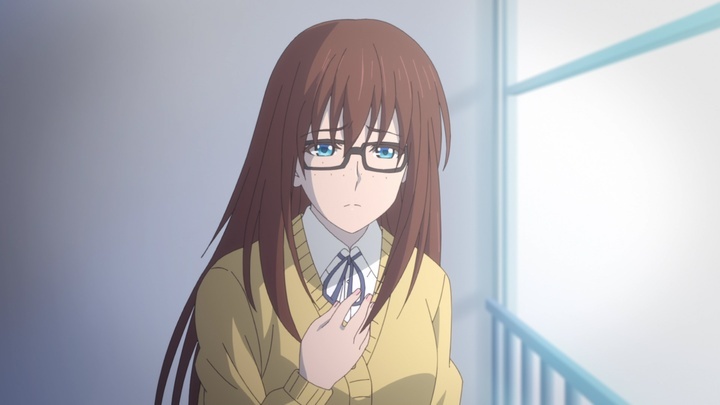 At the end of the game, he and the heroine were doing various things at work.
He is called by his boss because he was doing such a lot of things,
It is confirmed whether there is a physical relationship with another woman, Mr. Sekiguchi.

The boss seems to be a boss and “understands this kind of thing”
Then, although it is a story that I called it all the way,
To be honest, he didn’t say, “I’m dating Mr. Yukuhashi,”
Mr. Sekiguchi is also Mr. Sekiguchi and does not answer anything.

Although it causes misunderstandings and troubles,
I’m annoyed by his half-hearted response until the very end.
It is an unreasonable development to bother the heroine and cause trouble,
Can’t the story be a little more natural, including why she’s sober?When
It’s a work that makes you want to hold your head.

While dating, I doubted the physical relationship with another woman,
For the heroine who loses confidence in being her and tries to break up
He says this.

“Instead, let me hold you as I like at the end.”

I want to dig in without thinking that it is something else,
His disgust is maximized for him, who is too low.
After all, it will be a happy ending,
It was a work that I did not understand why the heroine fell in love with him until the very end.

General comment: Don’t ask for a decent romance in the monk frame … 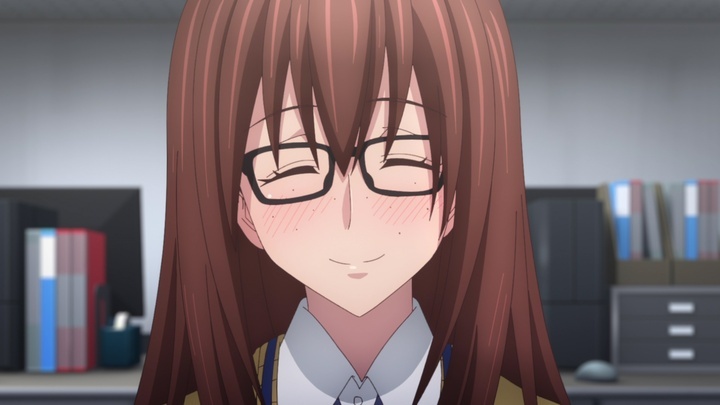 Overall, the old-fashioned “Beauty when a sober glasses girl takes off her glasses”
Although it is a work that features worn-out elements,
The transformation from a sober girl to a beautiful woman is too fast,
I can hardly feel the so-called gap moe charm.
The heroine itself is cute, but it just uses the classic elements as they are.

The person who falls in love with such a heroine is the biggest problem with this work.
A man who chose a woman with an emphasis on appearance, which is not very, but does not seem to be looking inside
Although it is familiar in the monk frame to start with physical relations,
There are so many crappy remarks that I think there should be a better man,
I can’t really see the fundamental part of why she sticks to him so much.

It is necessary to seek a cohesive view of ethics and love from a monk-framed anime.
I know it’s very wrong, but
Because of him, who is blatantly “worst” compared to past monk frame works
The impression of the whole work is also the lowest.

There are a lot of regulation scenes, and I can only see valleys that are not such scenes.
The strength of regulation that hides the entire heroine even in the scene is conspicuous,
There are too many “I don’t know what you’re doing” scenes.
Although the monk frame is a frame that uses the so-called complete commercial law,
Even so, the regulation of this work is too terrible.

There are many places to dig in in various parts,
Although it is a work that can be enjoyed in such a part,
It may have been a monk-like work in both good and bad ways. 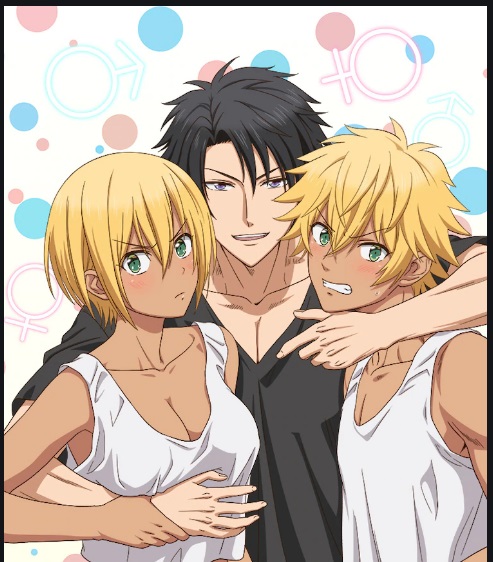 I haven’t fully utilized the element of sober child,
The heroine itself is cute, but the person she falls in love with is not suitable for it.
I could hardly feel the goodness of this work.

The so-called full version commercial law is familiar in the monk frame,
It seems that it’s pretty sexy, so
Perhaps he hasn’t put much effort into the terrestrial version.

Personally, I don’t care about the sexyness of the full version, so
I would like to expect more fun from the ground frame as a “monk frame”.
Under such circumstances, the next work is a rainy day TS (laugh)
I’m more interested in that than this work,
I have high expectations for the next work, which is a new genre that the monk frame will challenge.