Synopsis Masayoshi Nakata, a college student with a strong sense of justice, helps Richard, a beautiful foreigner who was involved in drunkenness one night.Quote-Wikipedia

I made a mistake in polishing

The original is a novel work.
Directed by Taro Iwasaki and produced by Shuka. 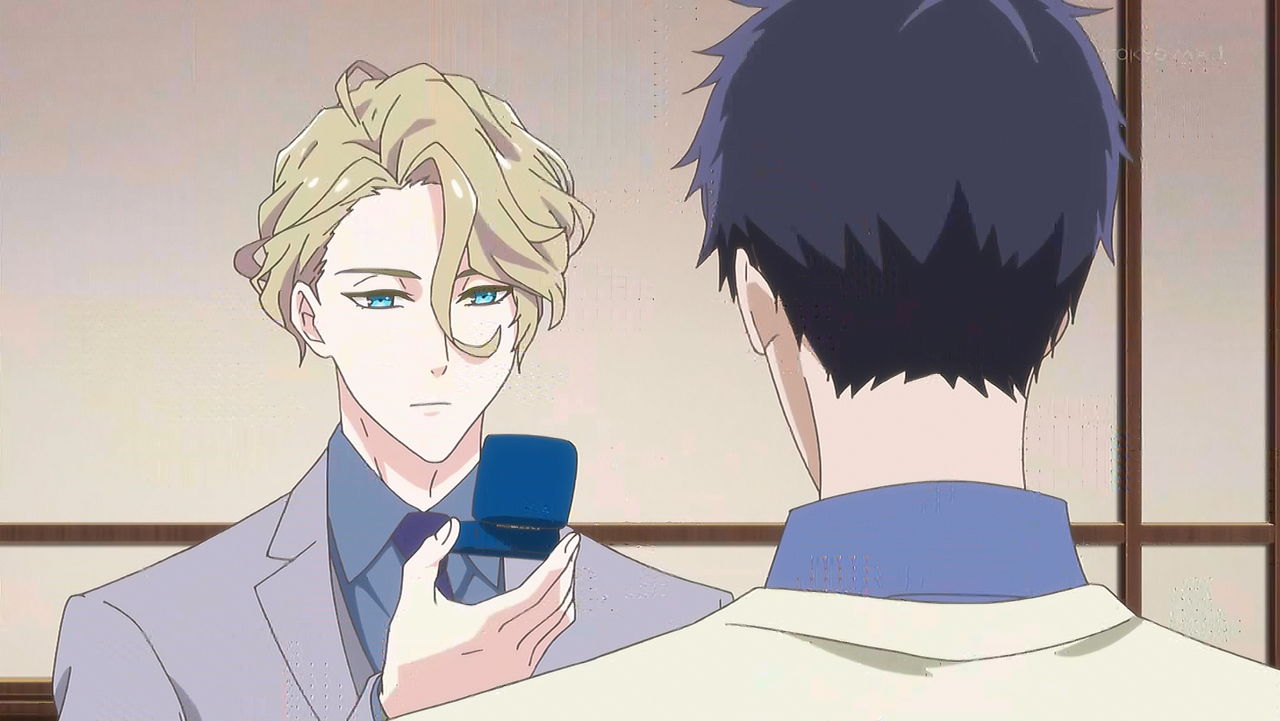 At the beginning of the first episode, an easy-to-understand encounter is drawn.
“Richard” with beautiful blonde blue eyes
“Justice” full of justice, the two met because of something strange,
The story begins when the deceased grandmother’s “jewel” is appraised.

However, the story goes very lightly, and the conversation in it feels strange.
For example, in the middle of episode 1, the main character meets a female college student.
We met each other for the first time, not in front of the university.
In such a situation, such a conversation takes place.

You can tell by just the name, but why not say the university name and add a faculty
The conversation that introduces itself feels strange.
Coupled with a slightly quirky character design and sober content,
The first episode has a strong impression of choosing a person, and there are many things to do.

Especially in episode 1, the grandmother of “justice” used to be “pickpocket”.
The jewels brought in by “justice” were stolen by my grandmother.
I tried to return it to the owner, but I could not get it back by the police,
The owner was originally given by an unwanted fiancée,
It wasn’t necessary to return it.

It is also a mystery that the ring was not seized at the time of being caught in the first place.
Although it looks like a “good story”,
The fact that my grandmother was a pickpocket remains the same
Only the atmosphere of the story is a “good story”, but it is hard to understand if you think about it carefully.

“Justice” somehow reads his mother under the name below,
The feeling of strangeness in the whole work is strong at the beginning.

A story about jewels and people 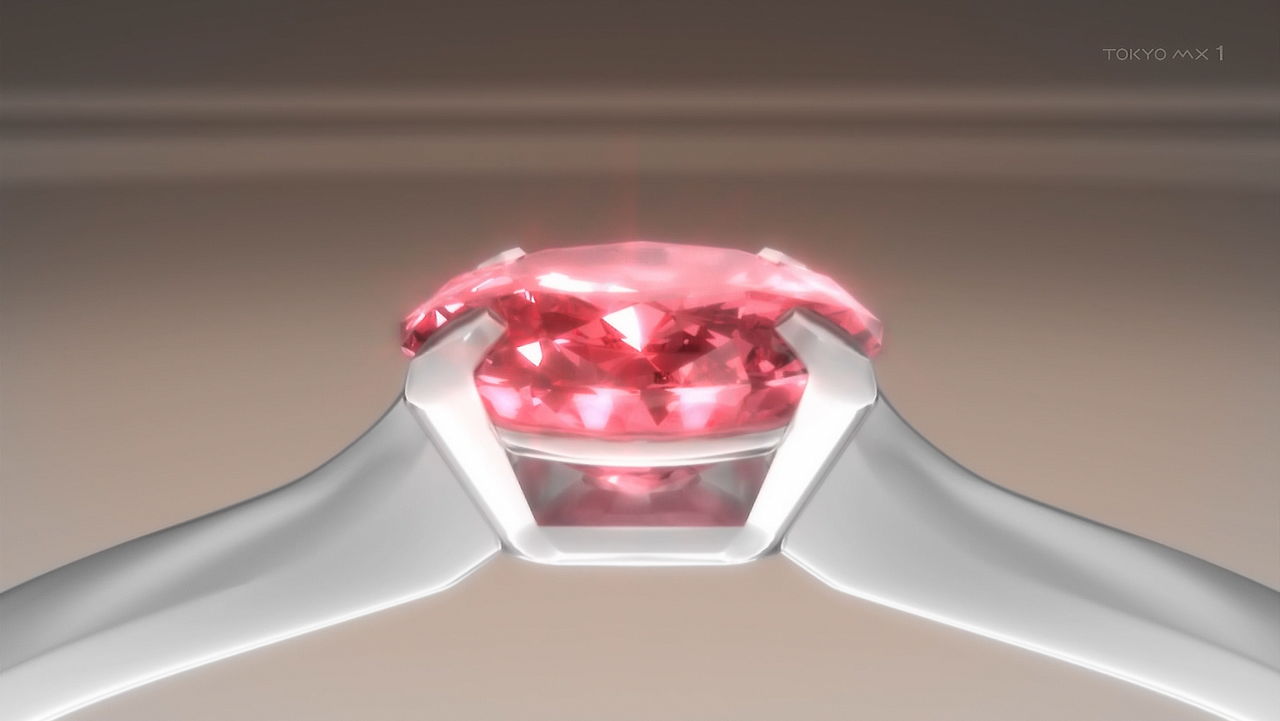 The composition of this work is simple.
Jewels brought to the jeweler “Richard” like every episode,
A drama about such jewels and people is basically drawn in one episode.
This composition can be seen not only in jewels but also in various works.
It’s a way to make a story from 80’s comics such as cooking and fine arts.

Under such circumstances, this work deals mainly with “jewels”.
Although there is a “mystery appraisal”, the client’s own mystery
Although there is a mystery of the request itself, the mystery element is thin,
The meaning of “jewel” and the life drama of the client who brought the jewel
It is the main axis.

It’s not a simple life drama, but there is a part that has digged into social issues etc.
Although it treats themes such as homosexuality and discrimination seriously,
It does not necessarily “solve”.

The characters that appear in each story
There may be a deeper character description in the original, but
Because the story progresses a little in a hurry to put it together in a scale of 30 minutes per episode,
The impression is that the story of each episode has become a little lighter.

When I looked it up, there were many parts that were cut from the original or had strange modifications.
Because of that, the impression of the story, especially the character, gets worse,
Every episode ends before the viewer’s emotions sway.
I only get the impression that all the customers are annoying. 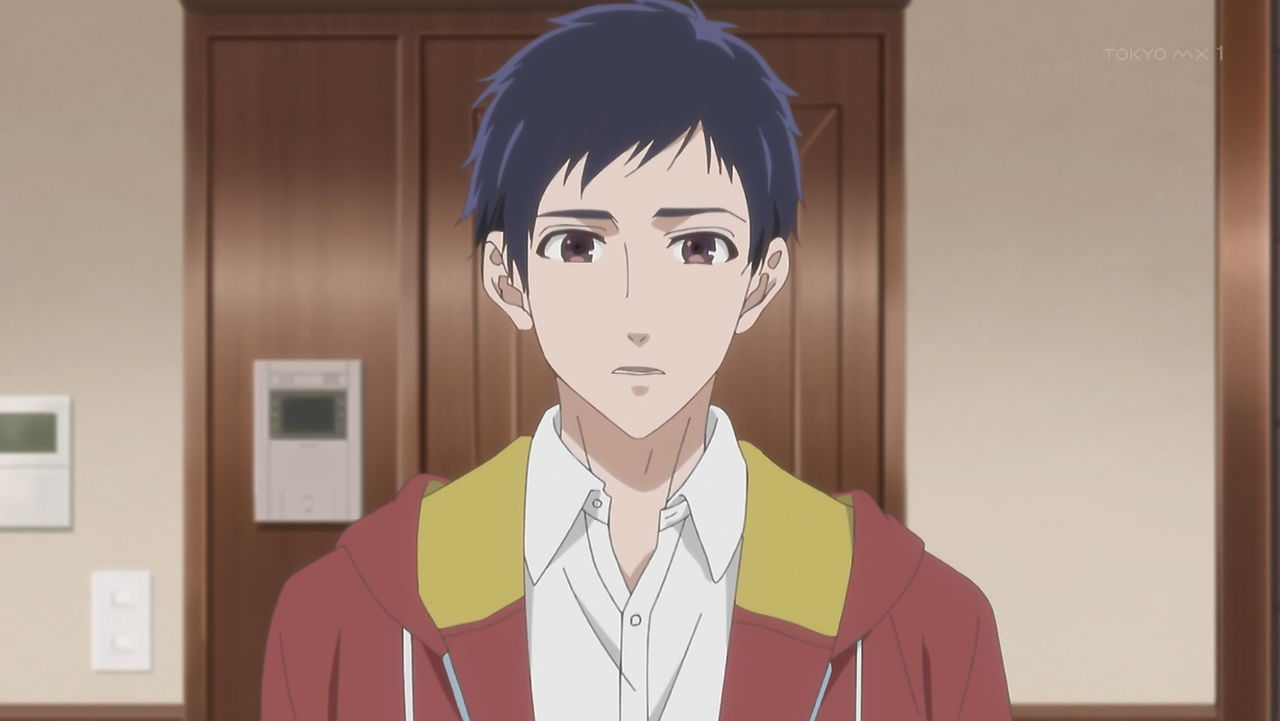 As the name suggests, this character “justice”
Although it is a character full of justice, it is full of justice like this
At the same time, it also includes the “nuisance” that is often found in characters.

Even though I work part-time at a jeweler, I don’t have any wording or etiquette.
In the first place, no matter how much you call an individual jeweler
It shouldn’t be a place to work part-time in “plain clothes”.
It’s too rough to ask you to wear clothes with a collar at least.

Many of these extra words seem to be lines that are not in the original,
The character “justice” is strangely exaggerated.
Although Richard is warned in episode 4, it doesn’t change in episode 5.
I have to mourn what the four episodes were for.

The senior who had been in 5 episodes for the first time in a long time
I thought that I would get married just by saying “I’m looking for a jewelry store”
What’s more, for some reason, justice confidence in the “property information” for living in a newlywed
It even acts incomprehensible to find out without permission.
It’s the height of nosy.

The reason why Richard hired justice in the first place is also vague.
I don’t feel his existence or need.
I’m overwhelmed by the flimsy sense of justice he talks about.
The thinness of each episode from the beginning to the middle and the bad impression of the character,
Coupled with the soberness of the story, I do not have a good impression of this work until the middle stage. 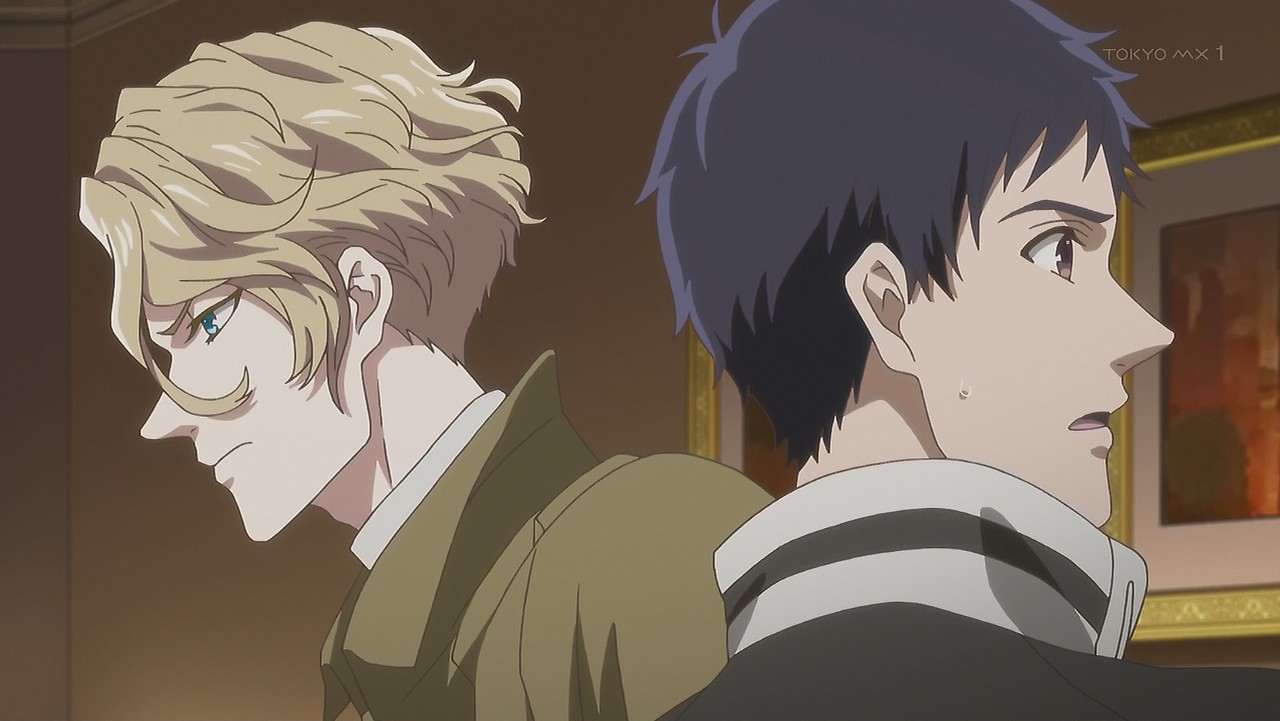 The original is BL, which seems to be a work with a strong bromance element,
In anime, that element is much suppressed.
However, there is an element halfway though it should be suppressed.
For example, “justice” has a line that praises the appearance of “Richard” in vain.
I can’t judge whether it’s a gag-like line or a BL-like line.

The production side removes the BL element in the original and makes it more people
I know I’m trying to make it an acceptable anime,
The extraction is too half-finished, and halfway through such elements
There are still lines and scenes that make you smell, which makes you feel uncomfortable.

On the contrary, it is better to follow the original
People who like it like it, and people who don’t like it have to see it
Isn’t it a divisible work?BL-like elements that I think
The treatment is halfway. 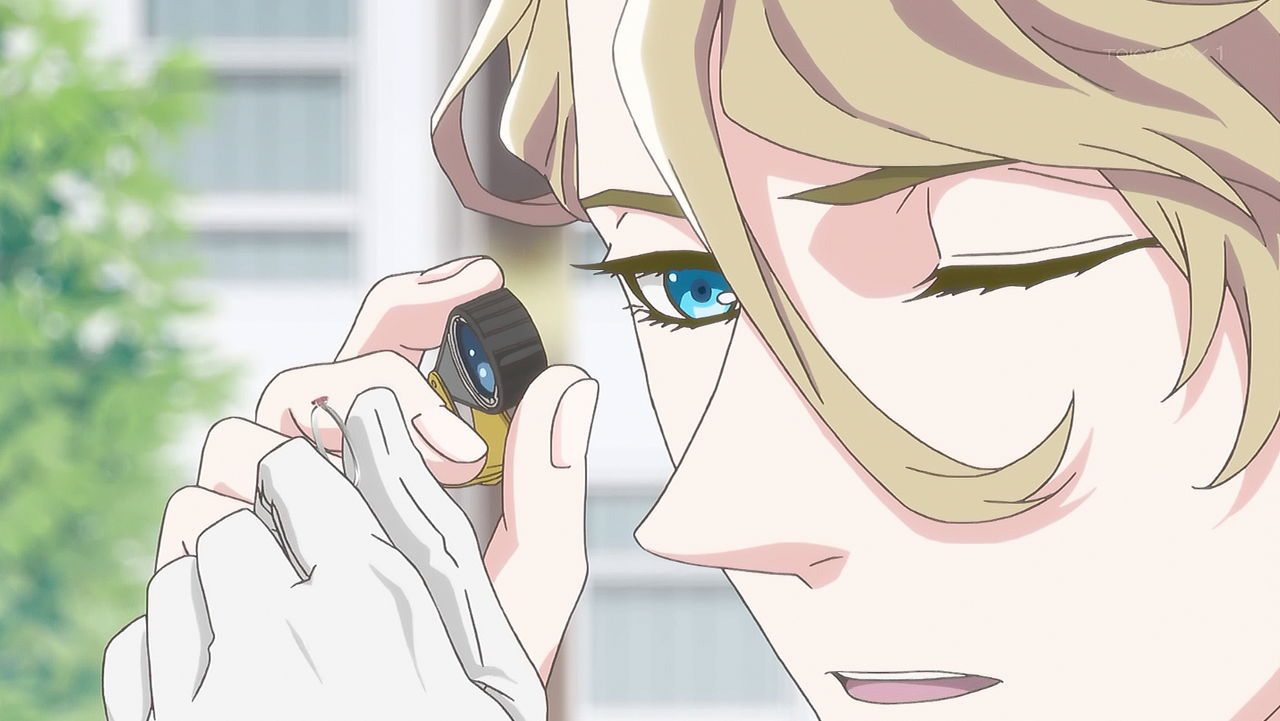 From the middle stage, the mysterious past story of “Richard” is drawn in fragments.
The thinness of the story that I felt from the beginning to the middle has disappeared
By digging into the character “Richard”,
In a sense, you can clearly see what you want to do with this work.

He is lonely. He was unnecessarily praised for his appearance from an early age
I wondered if somebody would recognize the unexpected part of the appearance,
Family and heritage problems have arisen, and no one will admit it.
Wherever he is, he feels himself a “Gentile”, a foreigner.
In other words, it’s loneliness.

One day, he suddenly disappears.
Naturally, “justice” is confused, and I want to help him in such a confused situation.
I feel that this work wanted to describe the relationship between these two people.
It is a development from the middle stage. 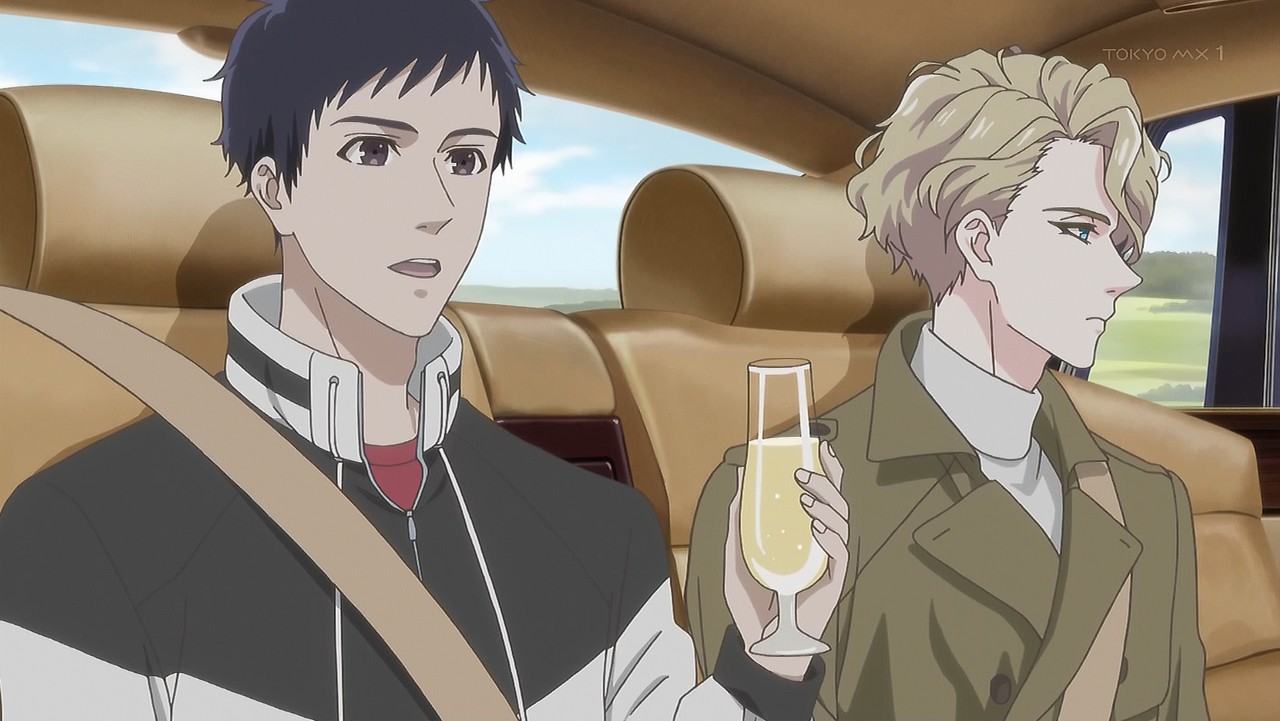 Originally, there is a little more BL-like element in the relationship between the two
If you dig deeper and then start developing from the middle stage
It’s not bad for the excitement of the story,
Because the BL element is eliminated and the overall character description is thinned
I feel that it is a sudden development in various ways.

Simply put, there is not enough stacking in the story,
I haven’t been able to draw a proper process. At the end of the game, the BL element became stronger at once,
The part that I tried not to draw in animation so far
It suddenly strengthens, creating a sense of discomfort.

Actions that can be said to be noisy of “justice” that wields a sense of justice to the point of being a gun
Save “Richard” who was lonely in his words and actions.
It’s a very good development if you look only at this part
This work does not show its goodness.

The problem that Richard had was solved unexpectedly easily,
Almost 10 episodes are the final episode. 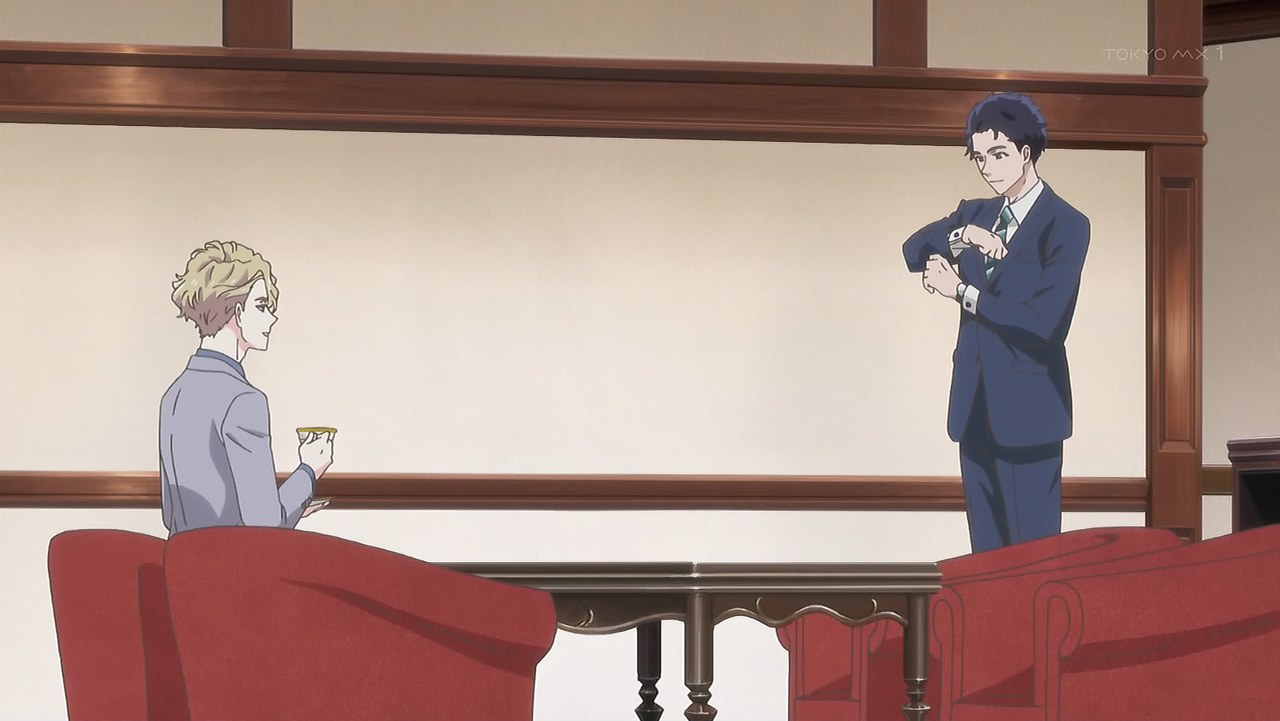 Unlike the atmosphere of the story so far,
There is a slightly “psychological horror” atmosphere,
Originally, if you had a better impression of the character “justice”
I might have sympathized with the problem with my real father who was too wasteful,
There is a part that makes me feel that this unreadable feeling of air is a real parent.

The development of ignoring stacking to summarize the story
It continued in the final episode, with a more polite scale overall
It was a work that I wanted to draw one episode one by one. 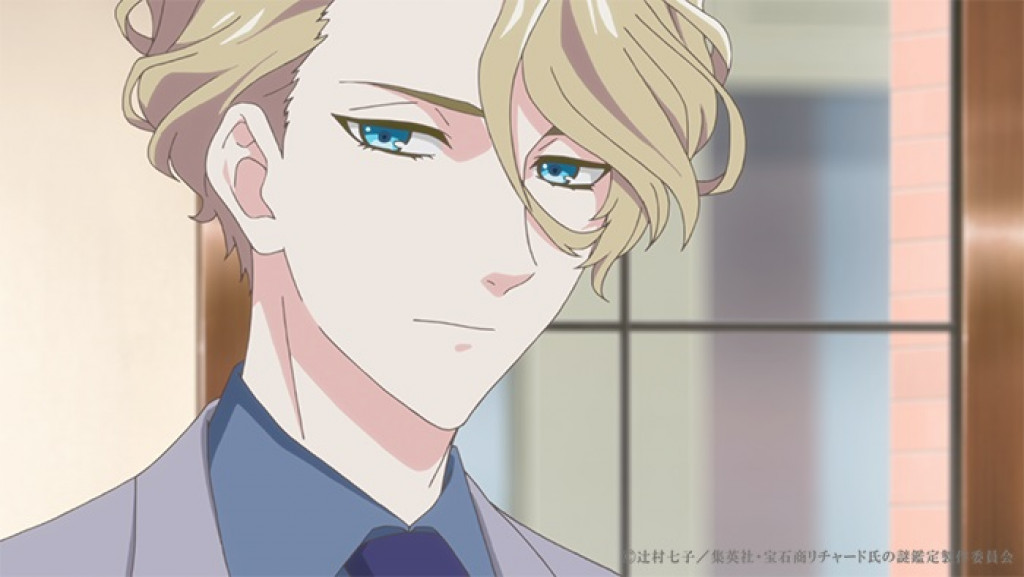 Overall, it’s a regrettable work.
What you want to do and show in this work,
Although the story itself of each episode is not bad at all
Omitting detailed depictions to draw on the scale of episode 1 “30 minutes”
As a result of exaggerating the character in a strange direction, it has become subtle.

With the acting and voice of Takahiro Sakurai who plays “Richard”,
Due to the goodness of his character, the episodes of each episode are never
I could see it till the end because there was a part that I felt was not bad,
I wanted you to draw a little more carefully because there is a part that is not bad
I always feel my teeth swaying.

Although it deals with difficult issues such as homosexuality, discrimination and abusive parents,
For the difficulty of the problem, the solution has been easy.
Originally, if you draw deeper, it will be a more attractive story
It leads to the depiction of the character, but without doing it
I have given priority to the story structure to summarize in 30 minutes.

If you cut the early episodes a little and do it with 1 episode and 2 episodes
The impression of the whole work may have changed, so
It was a disappointing work.

Personal impression: I liked the subject 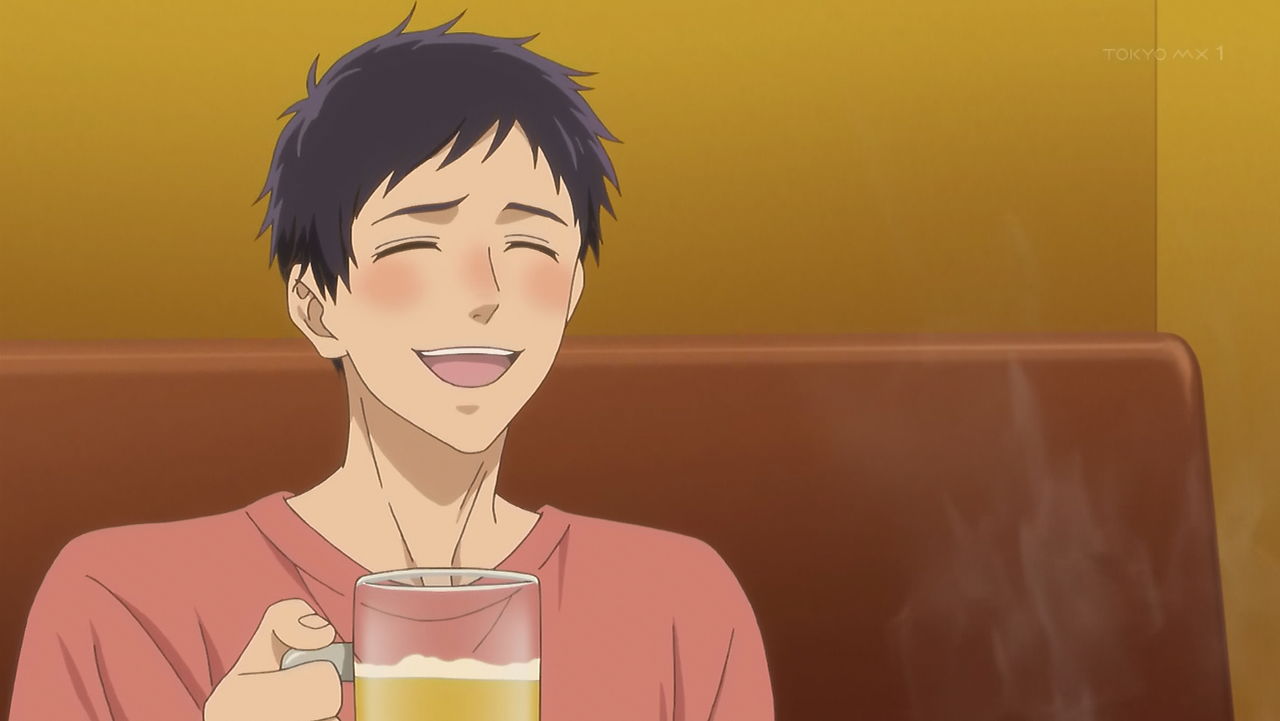 A life drama with jewels, Richard and the past of justice and the home environment.
The elements in this work seem to be interesting, and the charm of the original is endless
I feel it, but it’s more frustrating that I can’t make the most of it
It was a work that would win.

If anything, it may have been a work suitable for live-action dramas.
Then who will do “Richard” …
Is it around Dean Fujioka (laughs)