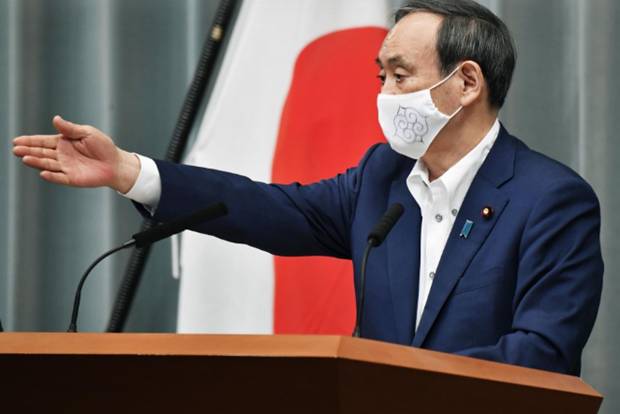 According to the Vietnam News Agency in Tokyo, on August 27, Japan Chief Cabinet Office Yoshihide Suga said Japan is monitoring China’s recent moves in the South China Sea “with concern.“

Speaking to reporters in the capital Tokyo, Mr. Suga stressed that Japan strongly opposes all actions done increased stress in the South China Sea. He also stated that “the issues of the South China Sea are directly related to the peace and stability of the region, and are a matter of legitimate concern for the international community, including Japan.“

According to Kyodo news agency, Mr. Suga made the statement after it was reported that China had launched some ballistic missile into the South China Sea area the day before.

On August 26, 2020, answering a reporter’s question about Vietnam’s response to China’s military exercises in the northeastern sea. Hoang Sa islands of Vietnam, Vietnamese Foreign Ministry spokesman Le Thi Thu Hang stated: The fact that China repeatedly conducted exercises in the Paracel archipelago area violated Vietnam’s sovereignty over these archipelagos. contrary to the spirit of the Declaration on the Conduct of Parties in the East Sea (DOC), which complicates the situation, is not conducive to the current negotiation process between China and ASEAN on the Code of Conduct between the parties East Sea (COC) and the maintenance of an environment of peace, stability and cooperation in the South China Sea.

Vietnam asks China to respect Vietnam’s sovereignty over the Paracel Islands, to cancel and not to repeat similar violations./.

Post Views: 63 US and Polish army drills together on a large scale On June 5, US and Polish troops began conducting the first large-scale joint exercise in Europe since the COVID-19 pandemic broke out. The drills, called Allied Spirit, take place from June 5-19, according to Defense News. Allied Spirit will take place at […]

The US kept on punishing and the Crimea train kept going

Post Views: 48 The administration of President Donald Trump has imposed sanctions on a private railway company (based in Moscow) that operates passenger services between Russia and the Crimean peninsula (merged by Russia in 2014). The sanctions target railroad company Grand Service Express to block assets under US control, while banning US individuals and businesses […]

Post Views: 37 BNEWS.VN France announced that a French citizen had died from respiratory infection COVID-19. On February 26, France announced it had recorded a French citizen who died from respiratory infection COVID-19. This is also the first death recorded by COVID-19 in France./. >> COVID-19 epidemic: South Korea confirmed 1,261 people infected with the […]